To see a kitten with two faces is an extremely rare sight, to say the least, even for an experienced veterinarian like Dr. Ralph Tran.

Dr. Tran was moving from New York to San Diego about three months ago when he received a message from his friend who's cat had just given birth to the kitten. Dr. Tran's friend was looking for someone who might know how to take care of the tiny cat, because of it's rare condition.

The kitten, named Duo, was born with diprosopus, a congenital defect also known as craniofacial duplication. She only has one head, but two faces - both of which are completely functioning.

Dr. Tran, who had previously worked at the ASPCA kitten nursery, had plenty of experience caring for neonatal kittens. So, he agreed to take Duo into his care, along with his eight other cats.

“I really didn’t know much about what condition she had,” Dr. Tran said. “I assumed she was a typical Siamese twin, but she’s not.”

Duo isn't alone. There is mention of a two-faced kitten named Louie and Frank in the Guinness Book of World Records, who lived for 15 years, being the oldest Janus cat in the world.

Sadly, most cats with diprosopus don't live longer than a few days. 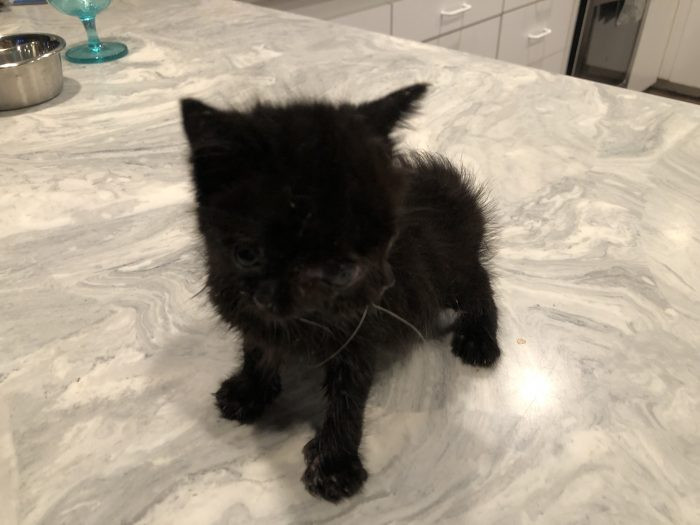 Dr. Tran lovingly fed Duo every few hours since she had to be tube-fed, and later syringe fed as she wasn't keen on drinking from a bottle. 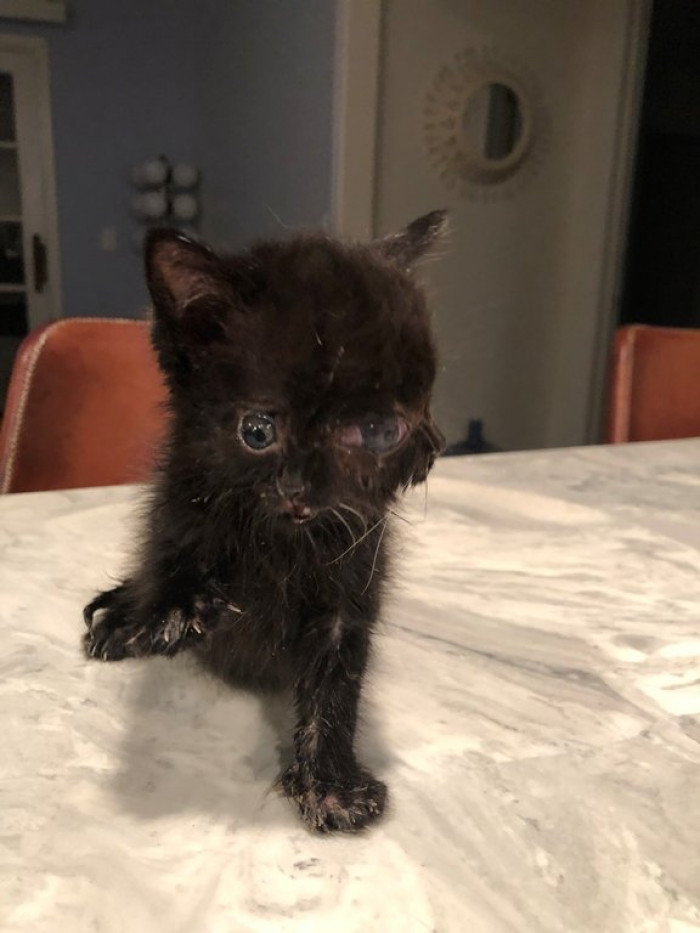 She also had to be treated for multiple respiratory infections. One of her eyes has caused her a lot of irritation and will need to be removed when she is old enough. 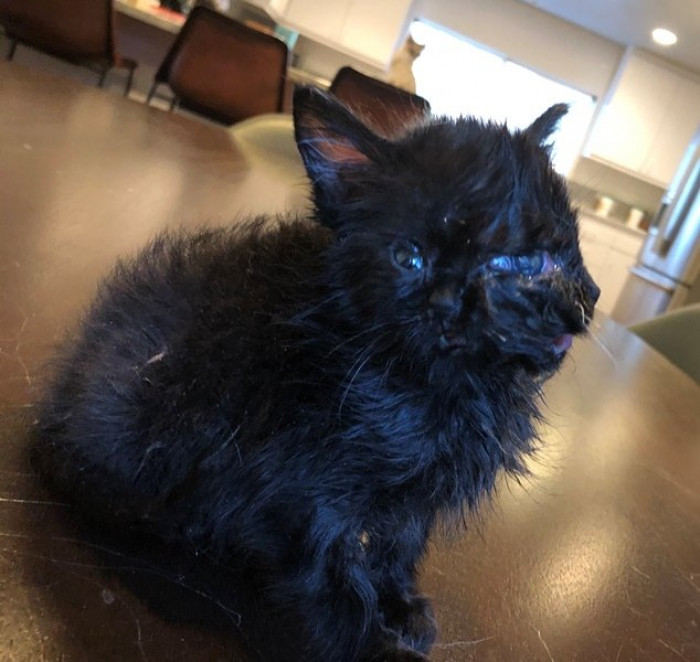 Dr. Tran says Duo “didn’t quite develop mentally like other kittens her age,” and it has taken her much longer to learn to walk, eat, play, and go to the toilet.

“It was roughly around eight weeks of age, maybe nine weeks, when she started recognizing the other cats, toys, and me. Now she runs (over) when she sees me,” he said.

“She gets into conflicts about which mouth gets to eat because both mouths want to eat,” Dr. Tran said about Duo tying to eat from a bowl.

Because she struggles so much with eating, Duo is only half the normal size of a cat her age. It is uncertain what the future holds for her, but at this stage, Dr. Tran is just content that she's happy. 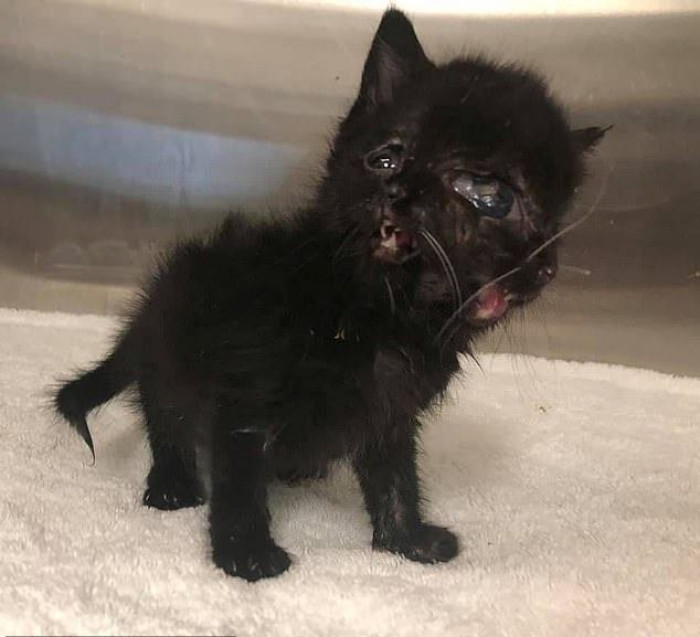 “She plays with toys now, and she likes to follow the other cats. One cat will play with her; the other cats just look at her funny,” Dr. Tran says. 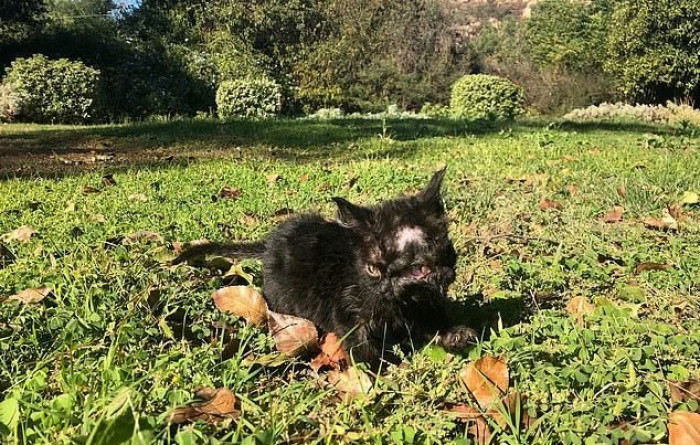