Will Burrard-Lucas has been a full-time wildlife photographer since 2010. Not only that, but Will is an inventor who has helped countless other professionals in his craft courtesy of his very own Camtraptions Ltd, founded in 2013. However, it's not what he's done for other photographers that has made headlines recently. Rather, it's the unparalleled luck that crossed his path when a certain rare black cat crossed his camera-trap and was caught on film... for the first time in 100 years!

In Laikipia, Kenya, on the 11th of February, Will captured a series of high-quality camera trap photographs of a "wild melanistic leopard (otherwise known as a black panther)." According to Nick Pilfold, a global conservation scientist at the San Diego Zoo, this is the first time the rare and gorgeousw animal has been photographed in Africa since 1909! 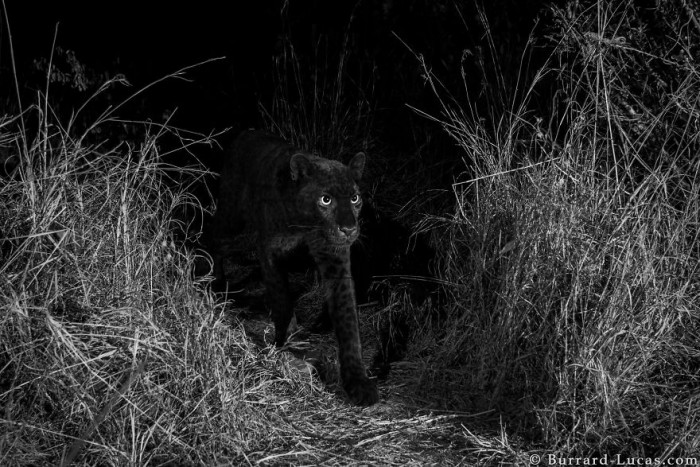 These images are literally stunning. 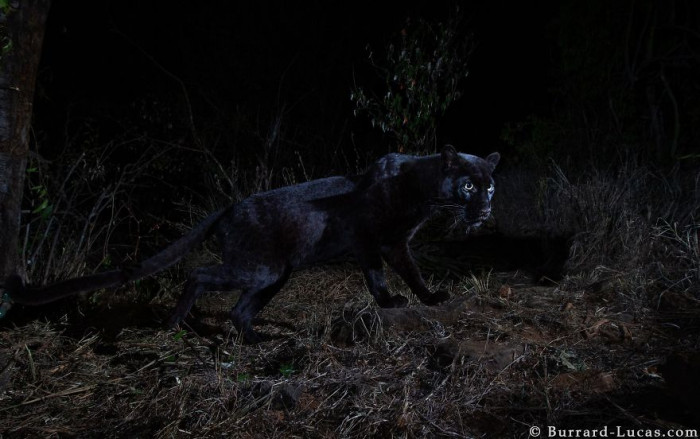 What makes this female leopard so special? According to Pilfold, her coat is pitch-black due to melanism, a gene mutation that results in an over-production of pigment. You could also think of it as the opposite of albino. 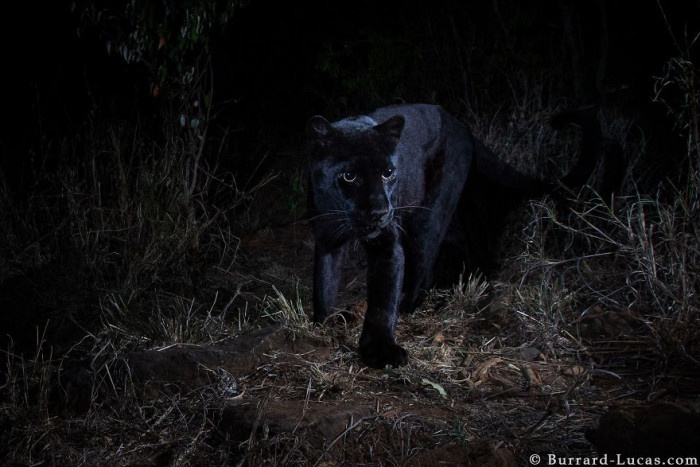 During the day, you can only see the leopard with a black coat. However, thanks to nighttime infrared imagery, the classic rosette pattern is visible! Technology rules. 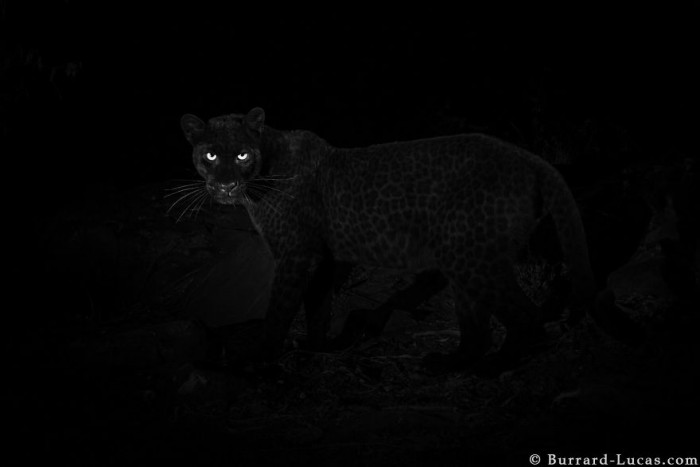 It is likely that black leopards have been living in Kenya all along, it is only that high-quality imagery to confirm it has been missing until now. 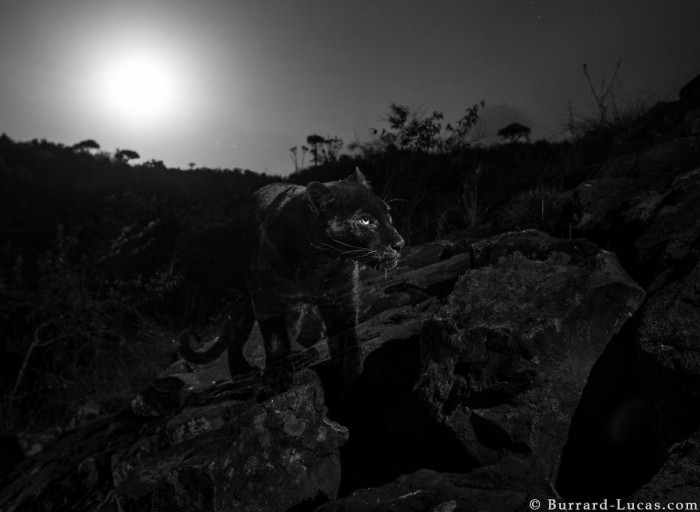 Each trap is made up of a Camtraptions motion sensor, which wirelessly triggers a high-quality DSLR or mirrorless camera and two or three flashes. I leave these cameras on game paths for days or even weeks at a time in order to photograph elusive animals. The technique also allows me to set up studio-like lighting in order to capture striking images of animals at night. 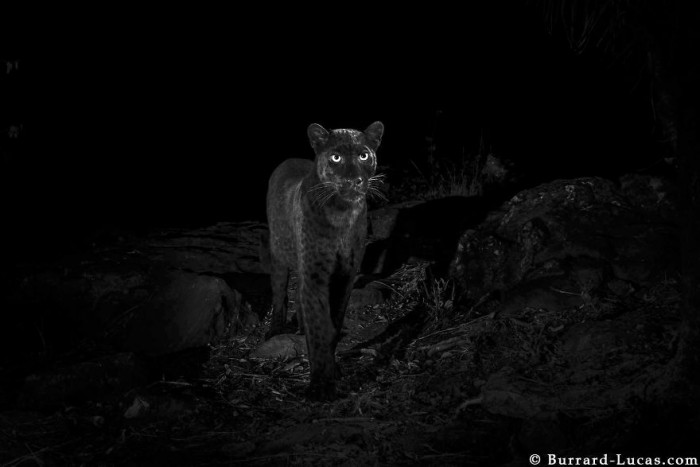 What made Burrard-Lucas decide to set up his camera traps and how did he decide where to even put them?

When I heard that a black leopard had been seen up at Laikipia Wilderness Camp in Kenya my ears pricked up and I contacted the owners, Steve and Annabelle Carey, to find out more. 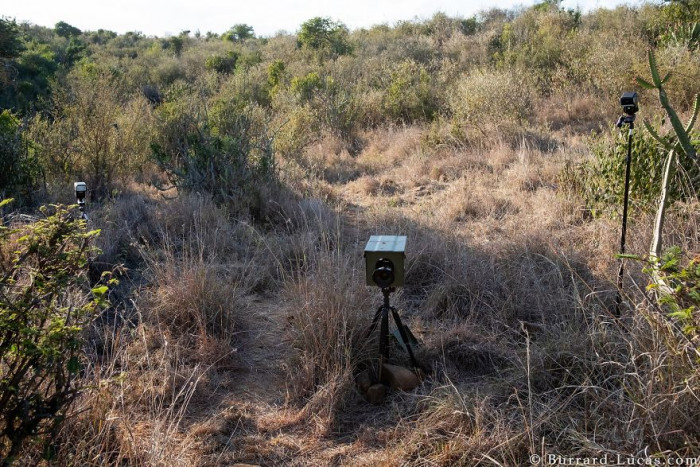 Steve confirmed that it was true and he had seen several black leopards over the years. On arrival in Laikipia, Steve took me to meet Luisa Ancilotto who lived close to the camp and had seen a black leopard recently. She told us as much as she knew about the leopard’s habits and territory. 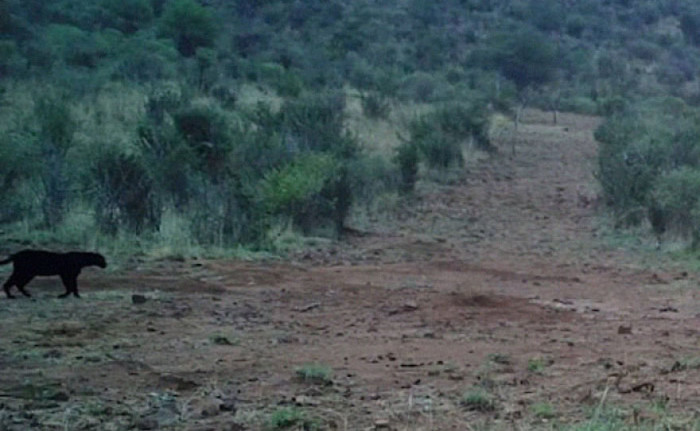 Then Steve managed to pick up some fresh leopard tracks nearby and followed them to a path that leopards seemed to be using. I set up my camera traps up on this trail and it was there that I captured my first image of the black leopard. 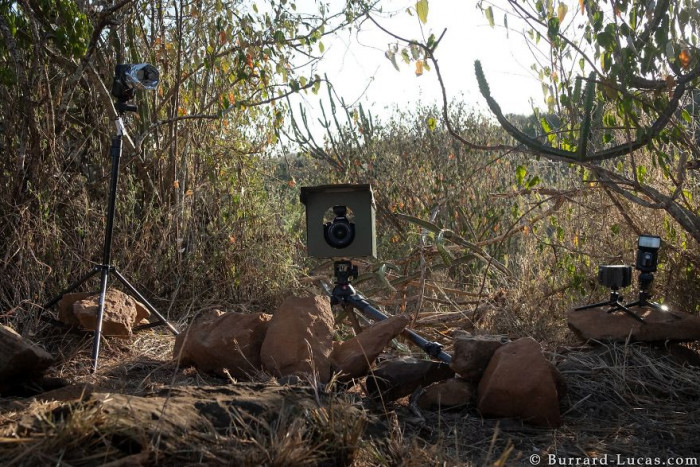 Now that's some clever technology! It's obvious that Burrard-Lucas put a lot of thought and effort into making this magic come to life. 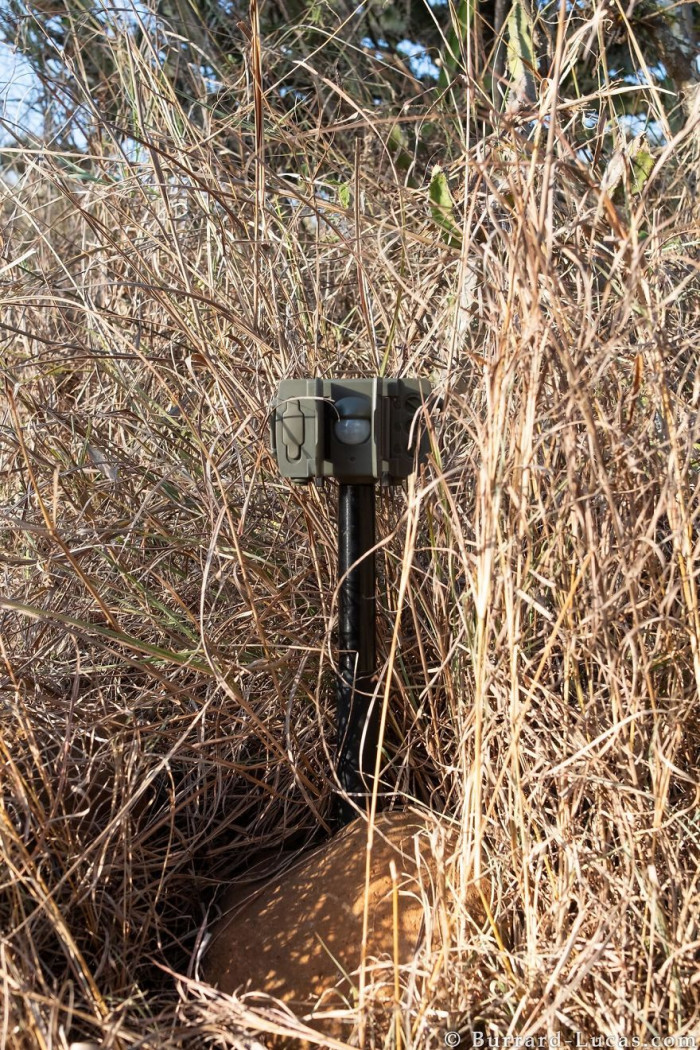 On his blog, Burrard-Lucas said:

For me, no animal is shrouded in more mystery, no animal more elusive, and no animal more beautiful. For many years, they remained the stuff of dreams and of farfetched stories told around the campfire at night. Nobody I knew had ever seen one in the wild and I never thought that I would either. 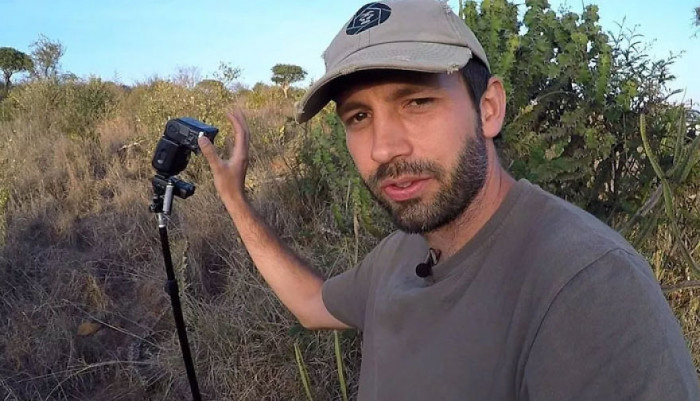