Patricia Write and her husband Bob have always had had pets around to keep them company, in fact, with Bob being a retired veterinarian having animals around has always been something that brought him a lot of comfort.

When Bob was diagnosed with Alzheimer's disease back in 2002 it became increasingly more difficult to find things that brought him joy. It seemed like nothing he used to love made him smile anymore except for one thing - his beloved cat Mooshu!

Now, we know that cats can bring joy to even the most stony hearted of individuals, but there's just something between Mooshu and Bob that makes their relationship particularly special.

Mooshu arrived in Bob and Patricia's family in 2002

And it didn't take the sweet boy long to realize that his new family was in particular need of some tender love and care. It's lucky that Mooshu is such an affectionate, social cat who's always up for a snuggle and some attention from any human who will give it.

"Bob kept asking for a cat in his lap, so I kept picking Mooshu up and putting him in Bob's lap." Patricia said in an interview. "Now he's there all the time and he sleeps in his (Bob's) arms at night." 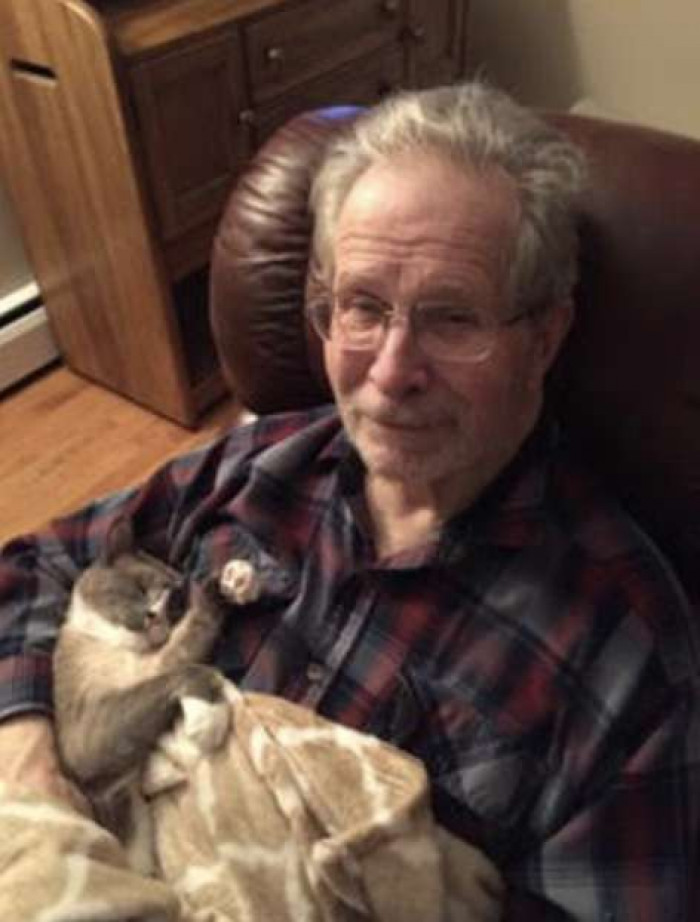 Mooshu and his Dad have a special bond

Not to be overlooked is the couples other cat, Norman, and while he's a sweet cat there's and understanding between Bob and Mooshu that has created more than just a human-cat friendship. Mooshu seems to understand that his human needs more love, comfort, and tenderness than others, and is more than willing to give him everything he needs.

Patricia says: "I kinda think he does know that his daddy needs him more now than before."..."When Bob gets his shower, Moosh is the one who is in there meowing and rubbing against him like he's trying to make sure he's okay." 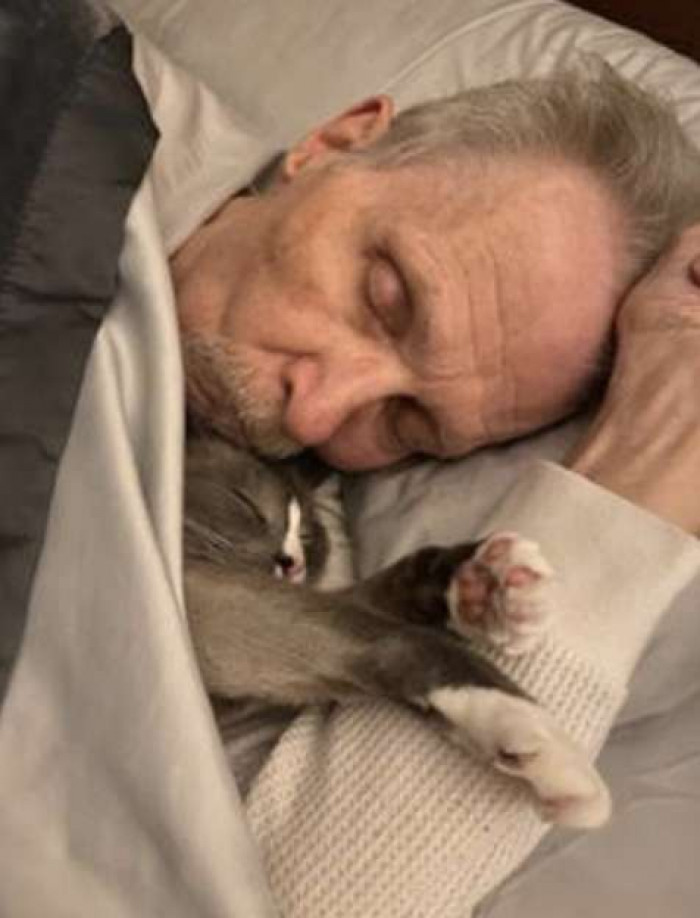 But for the rare moments when Mooshu needs to go off and run some cat-related errands Patricia got a little creative in finding a best friends substitute. She did the best thing she could think of to keep Bob from getting upset when Mooshu wasn't around to comfort him.

"Bob was so happy with Moosh on his lap and it kept him so calm that he wasn't happy unless the cat was there." She said. "I had to buy him a robot cat to keep him company when Moosh was off doing cat stuff."

At first, Mooshu was a little uncomfortable with the robot cat

It look a little time to adjust to having the share Bob's lap space, but Mooshu has learnt to put up with the robo kitty, and I'm sure he understands that when he's off exploring Bob still has company to keep him happy. 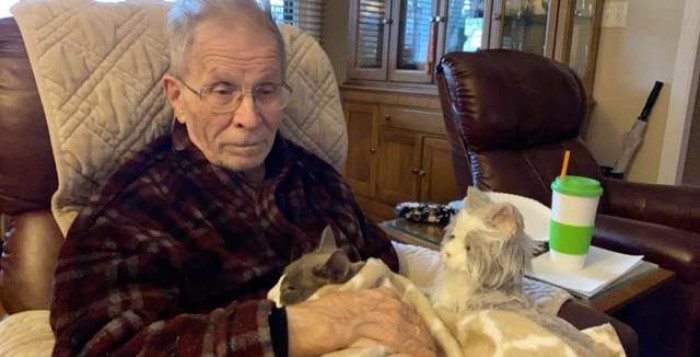 "Moosh is the one thing that Bob still enjoys," Said Patricia. "He used to be a veterinarian, so animal contact is very important to him, and Moosh willingly supplies it all the time." 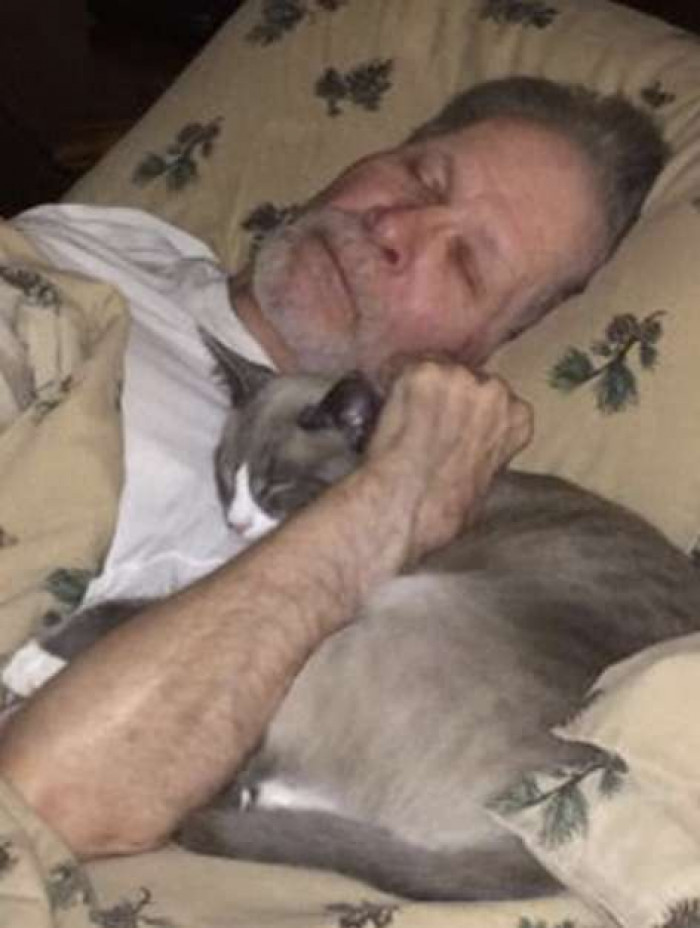