People just want to do right by their pets; keep them happy, healthy and safe. Not all cats are safe to roam free, but also, cats still deserve to be able to get some fresh air. To achieve this; some cat parents choose to build an outdoor enclosure. This kind of enclosure is often referred to as a "catio", or cat patio.

This couple built a giant catio for their four beloved cats to give them the haven they deserve. However, their neighbours were less than impressed with the addition to the street. Sometimes, you’re damned if you let your cats roam free, and damned if you take measures to keep them from doing so.

The cage was built by the Halworth couple; retired police officer, Sue, and her husband, an electrician, Richard. They moved into the area two years ago. Three of their cats were rescued from a charity called Huddersfield Ferals and Strays, and their fourth cat was saved after being abandoned.

Neighbours have complained that the monster of a cage is out of character for the area and an eyesore.

They also think it creates a blind spot for traffic and the narrow lane next to it.

As such, the local council, in West Yorkshire, demanded that the couple either apply for retrospective planning permission or dismantle the cage. 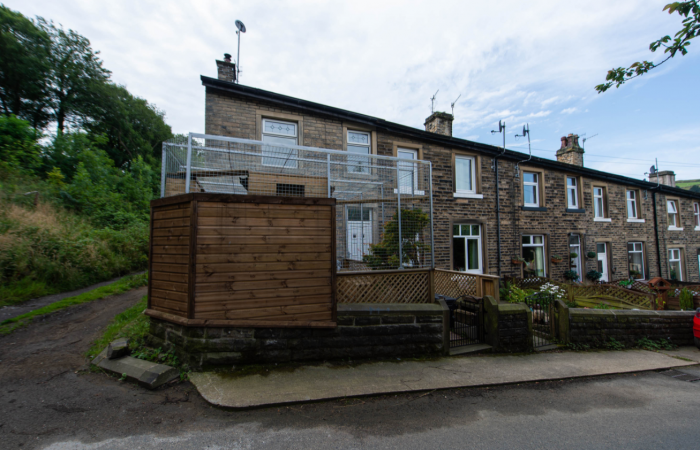 The council rejected the application for the cage, which features a series of tunnels and ramps for the cats to enjoy.

The couple will be taking their case to appeal. 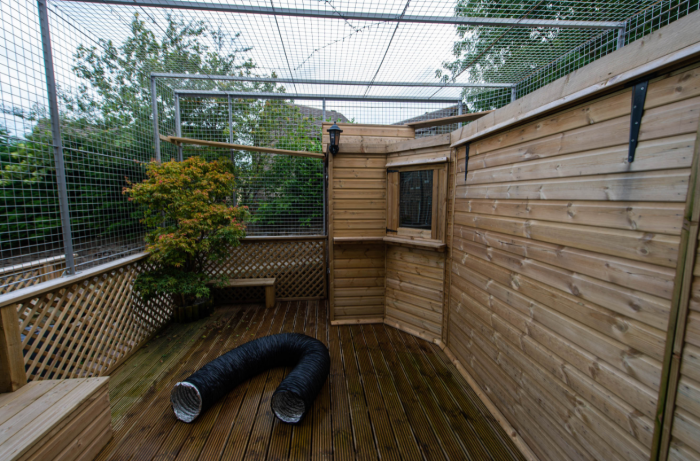 "We don't want to upset anyone, we just want to live a quiet life and for our cats to be happy. They really love the space, there are lots of things for them to play with.

"Most of our neighbours think the cage is a great idea, there are just a few who have a problem with it. 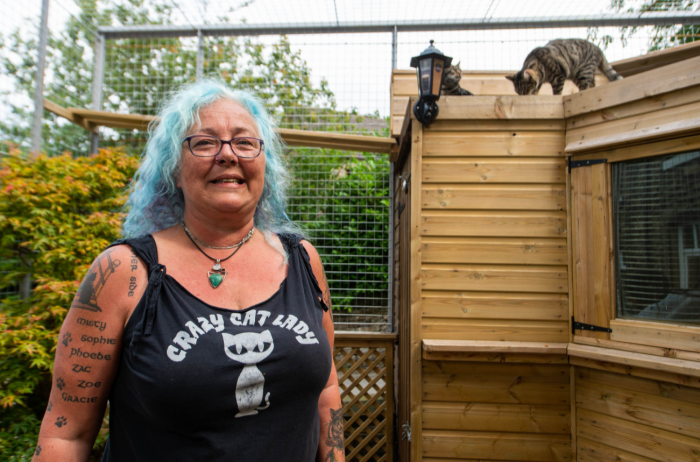 The catio was built to prevent the cats from running onto the road and to protect them from the "bully cats" in the area. 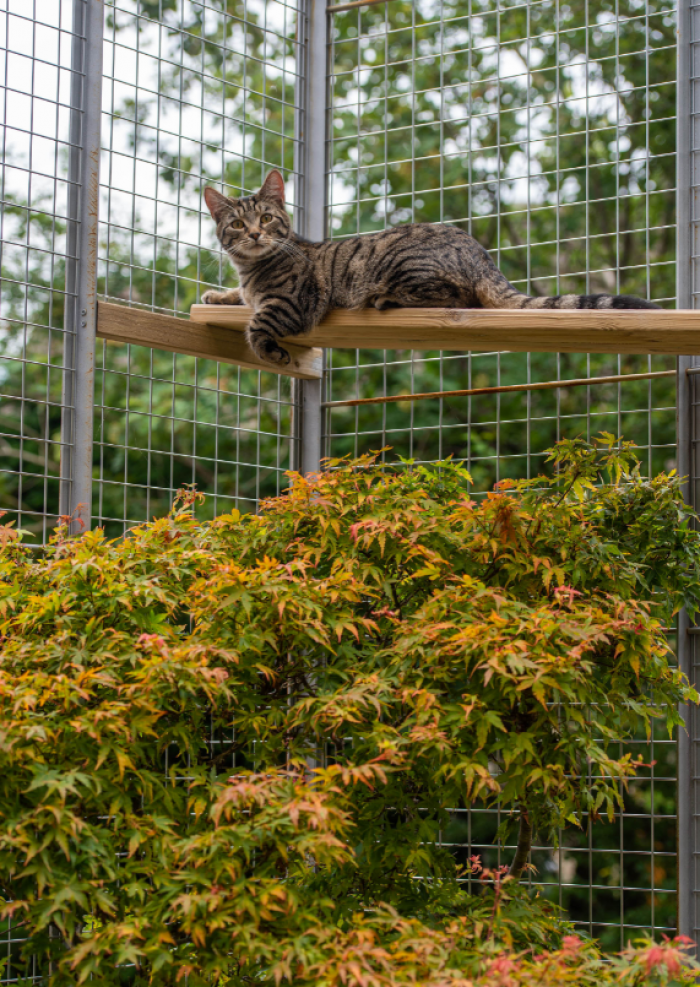 The Halworth couple is willing to work with the council towards a solution. They have suggested reducing it in size or changing the colour.

I guess the lesson here is if you want to build a giant catio for your cats, ask for planning permission first.