Black cats, generally, don’t have it easy. In many cultures, especially in the West, they are associated with bad things, misfortune, death, dark forces. And so on. The list is quite long.

One artist, Jenny Jinya, is fighting a never-ending battle to change that perception. The color of the fur, like skin color, cannot matter.

Some time ago, she created a comic portraying the life of a black cat. It became viral lighting fast, so Jenny decided to create a sequel to it.

“There are dozens of posters and infographics with various statistics about abandoned or abused animals. Many know the problems, but such information is quickly forgotten,” Jenny told the reporters. “I try to give a voice to the victims with my comics. I want the affected pets to be able to tell their own stories. I hope I can raise awareness this way.”

This is the original Black Cat comic 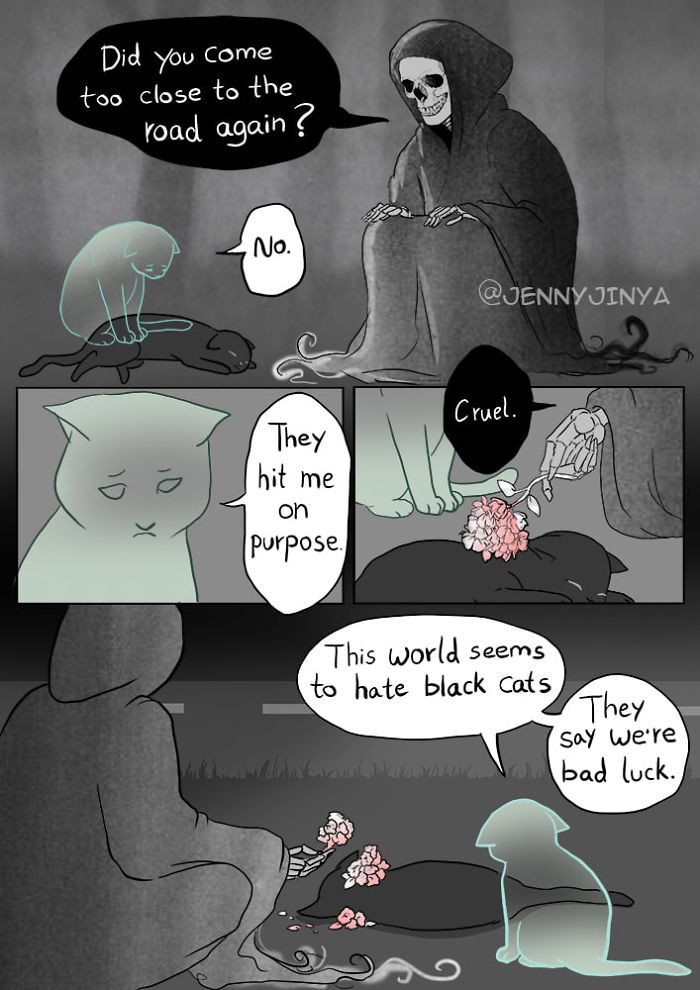 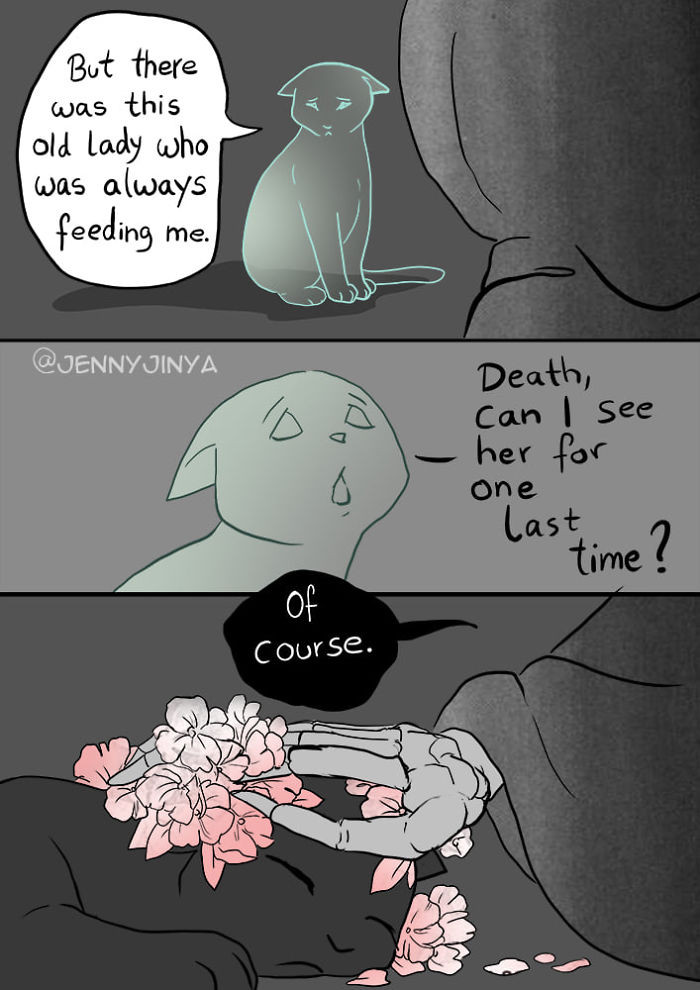 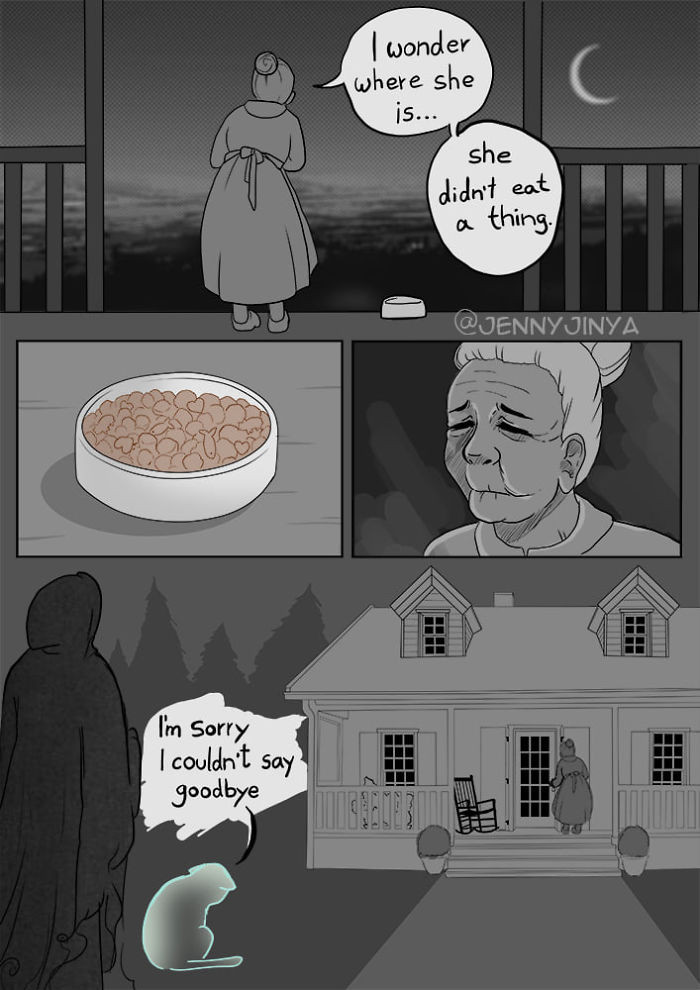 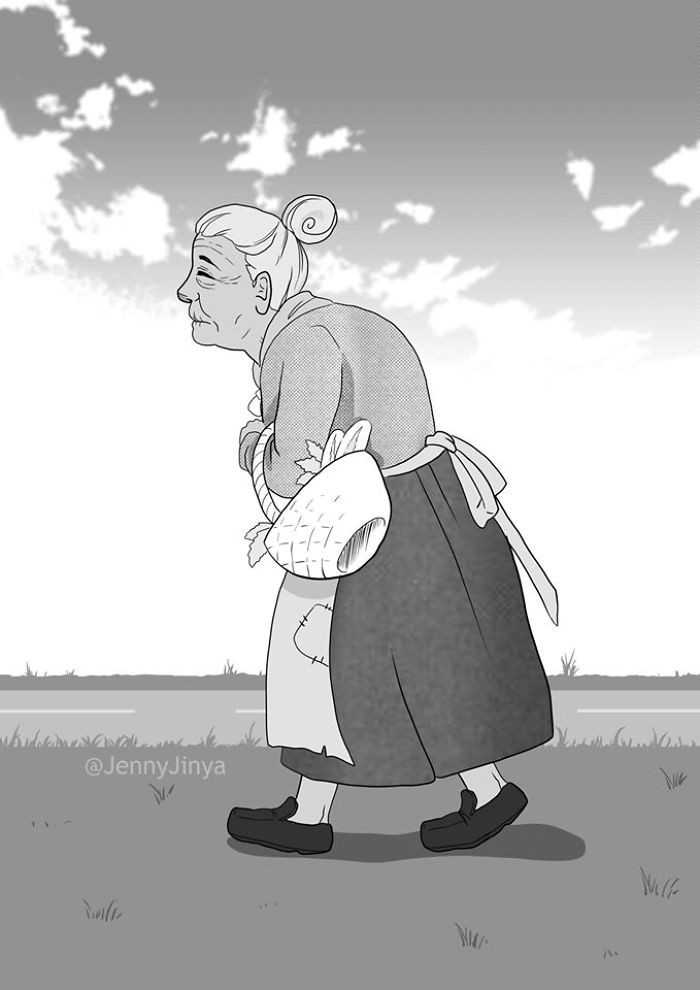 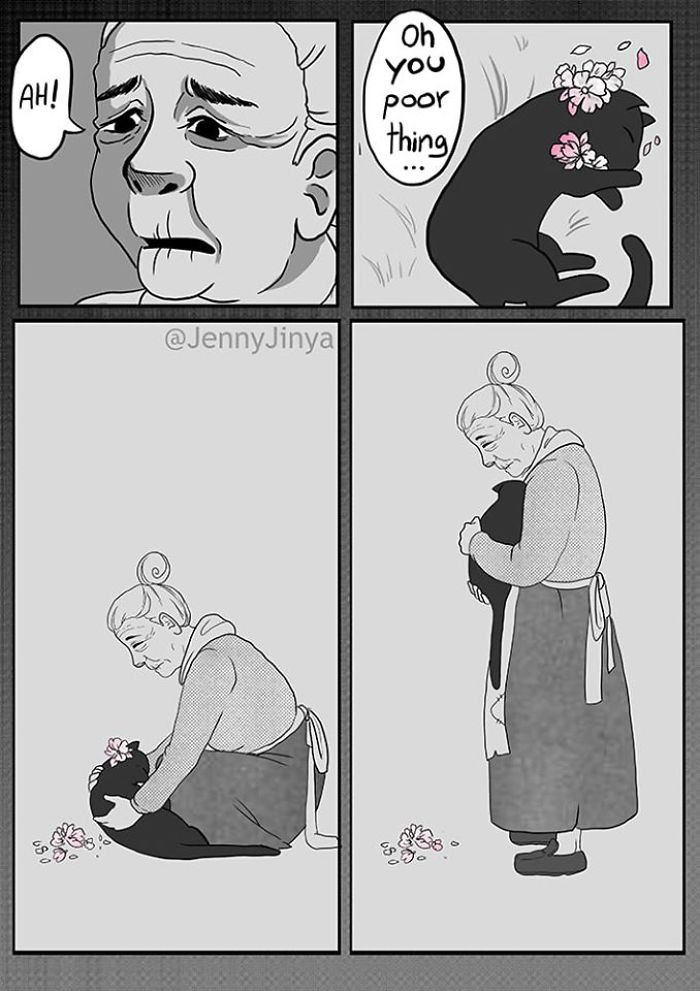 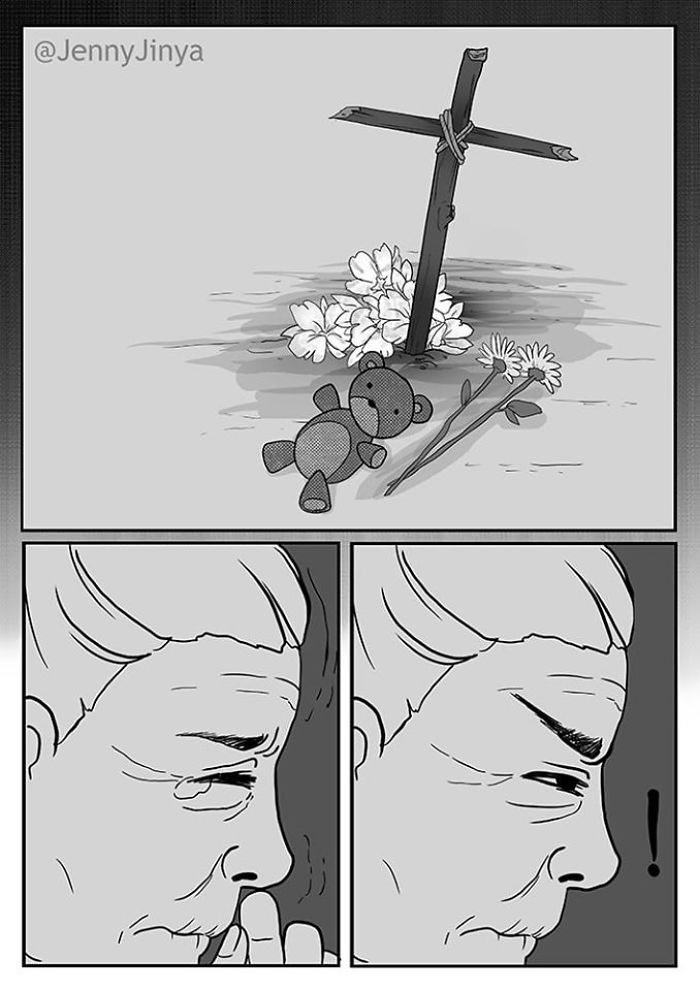 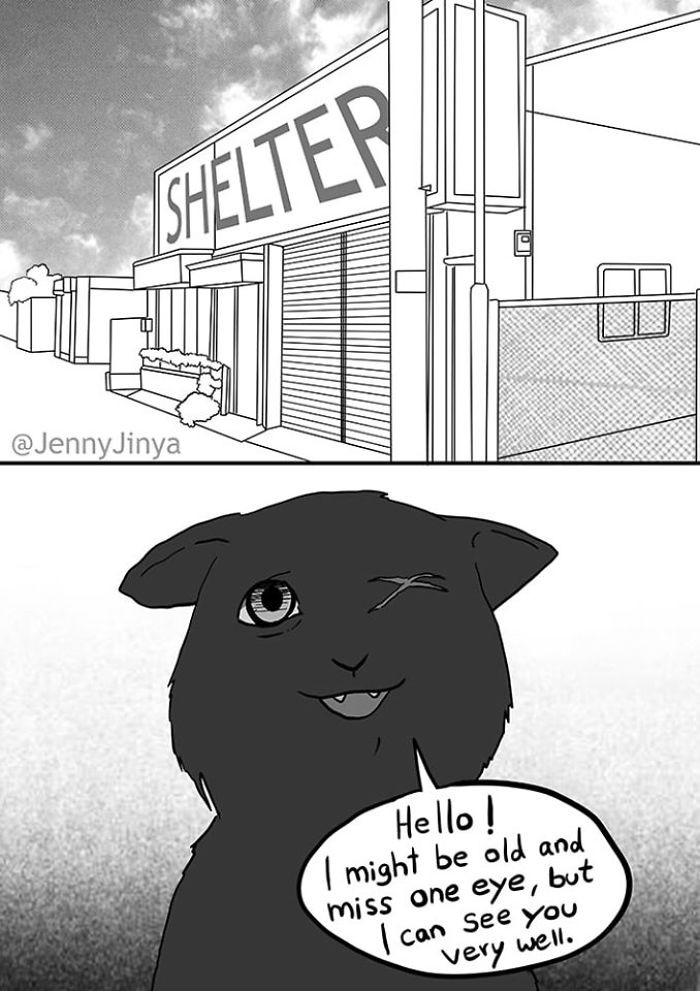 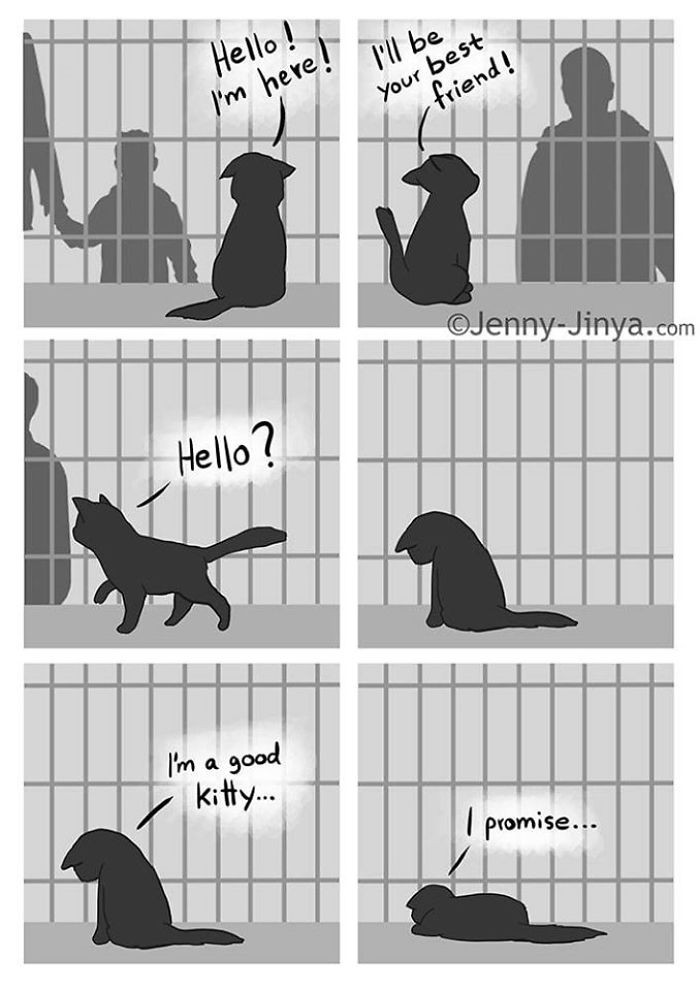 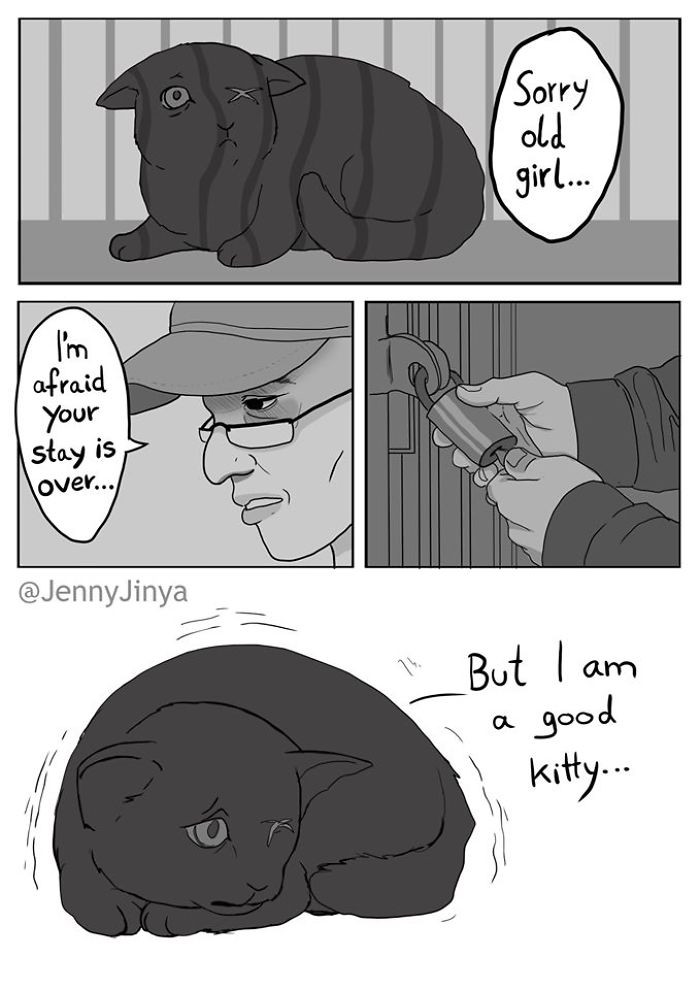 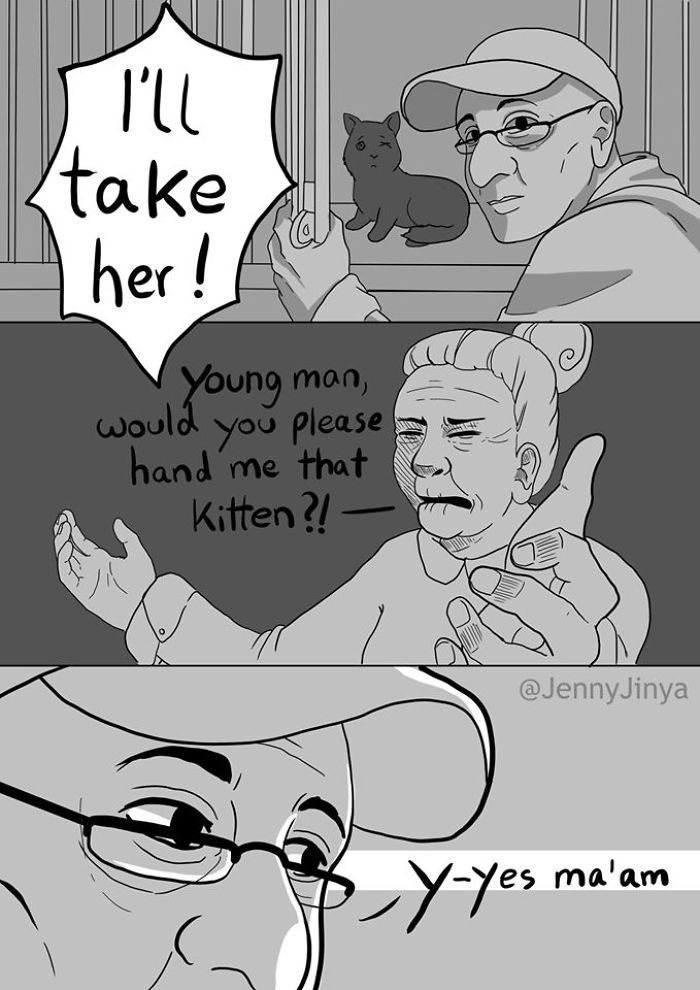 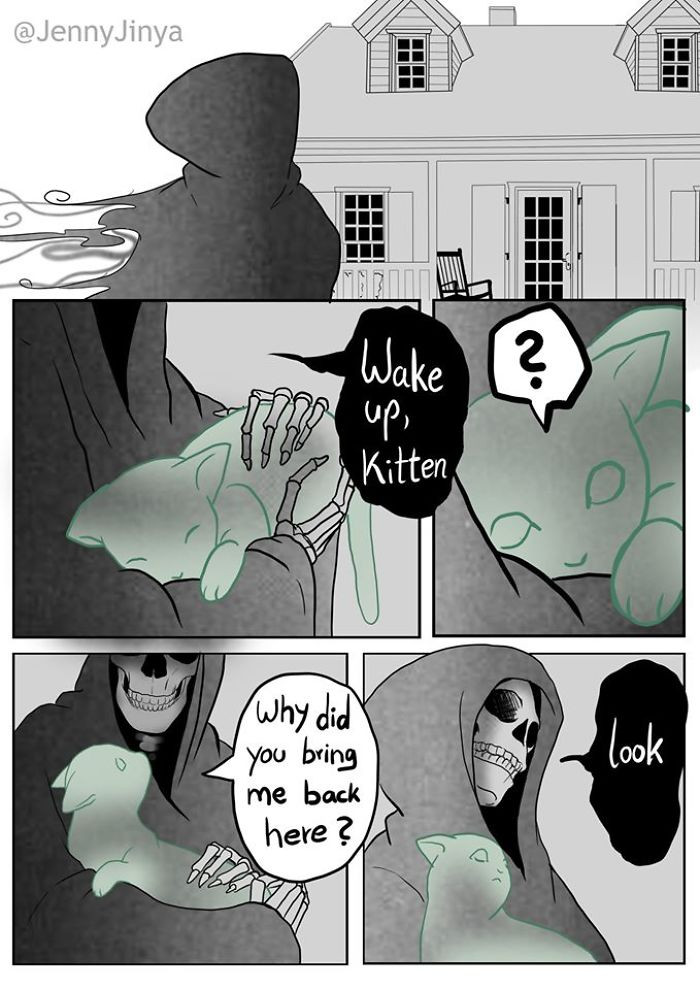 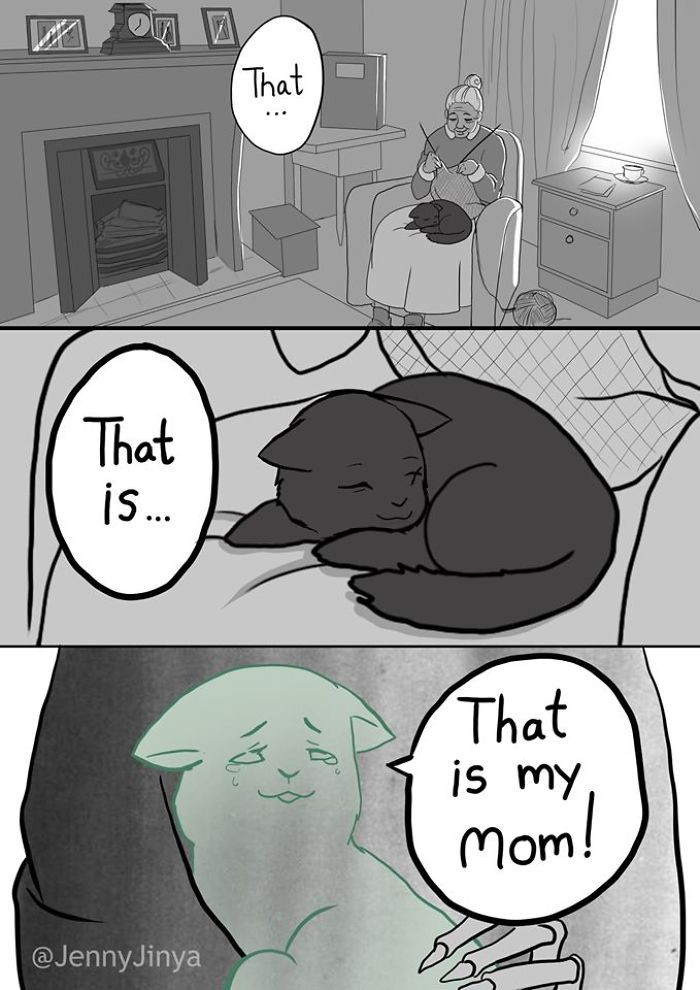 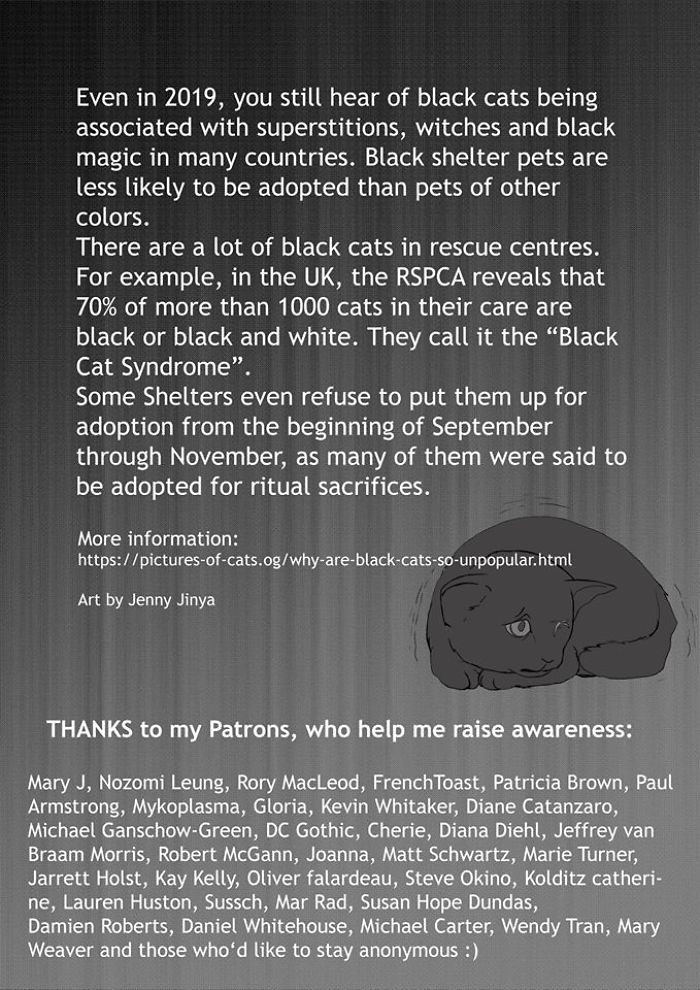 Fortunately, there is a noticeable change in way of thinking. Although some organizations (for example, Cat Adoption Team in Sherwood or Humane Society for Southwest Washington) are stating that black cats are less likely to be adopted from the shelters, some gruesome traditions like the Halloween torture are no longer a possible threat to cats.

“We certainly do not have any hesitancy about adopting black cats at Halloween,” said Deborah Wood, animal services manager for Washington County.

She also said that there are more and more people coming to the shelter seeking black cats only because they believe their bad reputation makes harder for them to be adopted.

There is a standard procedure about adopting that requires the adopters to show identification and have an interview with a shelter worker before adopting a pet.

People liked both strips, and they have joined the struggle.