A kitten rescuer in North Carolina, Katie Buckman, found a blind kitten in a local shelter trying to grab her attention. When heard the kitten's cries from inside his kennel, she approached it, causing the kitten to meow louder.

Katie stated in an interview with LoveMeow that "This little guy was found as a stray and brought to the shelter. I had gone in for two other kittens but there was no way I could leave him there, screaming in a cage."

Taking the three kittens to the vet, Katie noticed that the blind kitten was non-responsive to anything other than food.

Microphthalmia, which is a condition in which one or both eyes are abnormally, affects this kitty, making him blind. 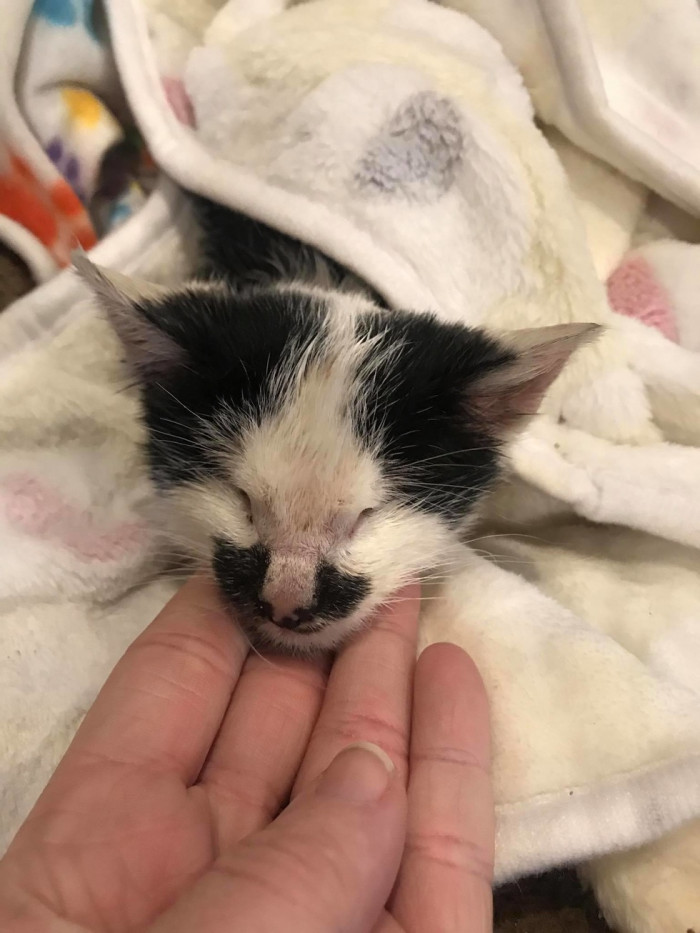 After a day's rest, he "flourished into a playful, affectionate, and silly kitten." (Source: Katie Buckman on LoveMeow) 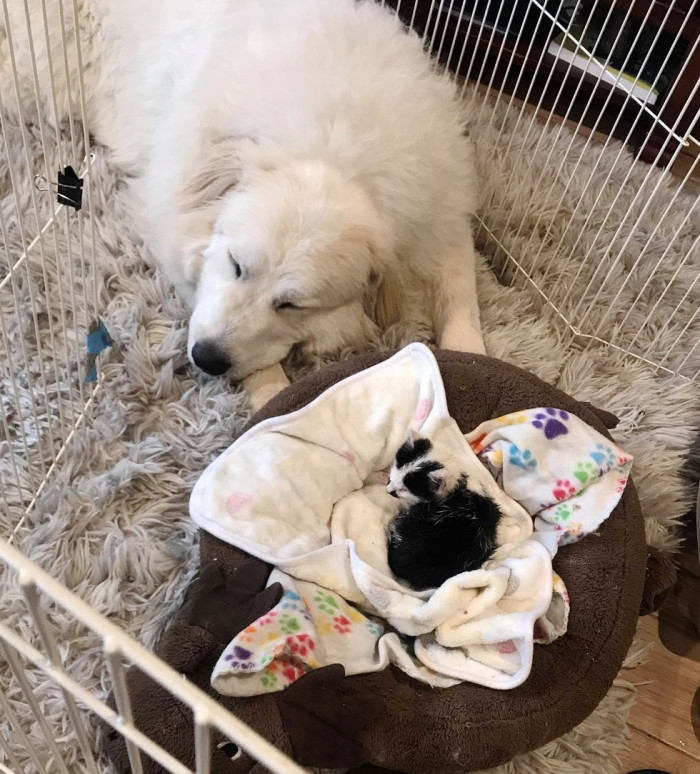 The kitty was named Melvin. He was underweight before Katie's care, but now he is happy and healthy :) 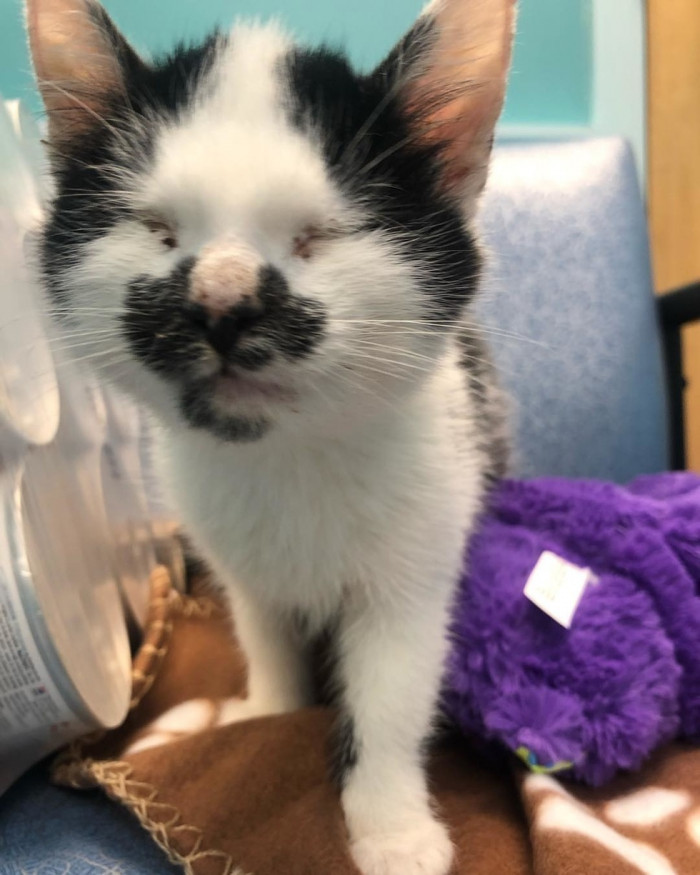 Apparently, Melvin is a bit of an attention seeker; which is an adorable quality for a tiny kitten. 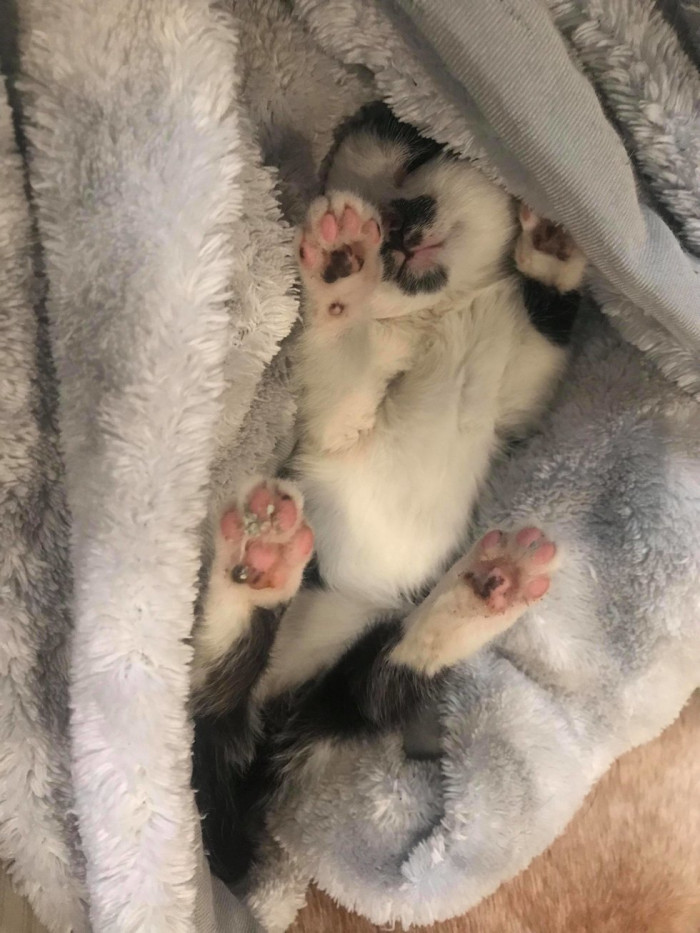 Melvin gets around using his excellent sense of smell, and functions like any other normal cat. 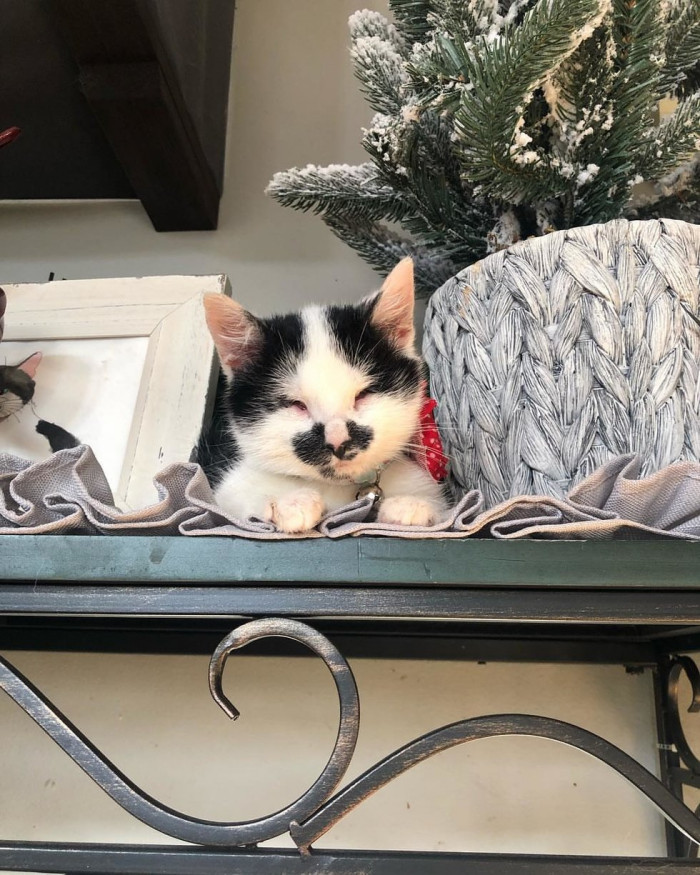 Here's what Katie has to say about welcoming Melvin into her life: "I'm so glad I could save him and found him the best home. We all do our best and every person in rescue fights the same battle. I just do what I can and hope it helps a little." Stay you, Melvin <3 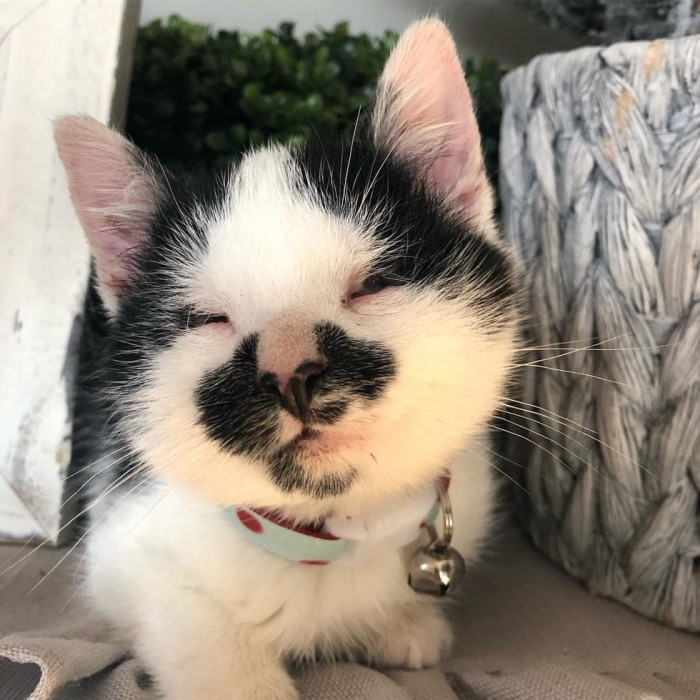