10+ Boyfriends Who Swore They Didn't Want Cats... Until They Got One

I think we all know a person who swears black and blue that no matter how many they have met they just don't. Like. Cats.

And I think we all know that (unless they're allergic) that's usually a big fat lie. Cats are wonderful, fluffy balls of love that can win over even the coldest of hearts, as long as you give them a chance.

So when these boyfriends finally caved in to letting their partner get a cat it wasn't long before "Your" cat became "our" cat and then of course "my" cat. They fell in love, and I'm sure these cute cats won't be the only ones to join their family.

So here is where we start: A guy who obviously just HATES cats

My boyfriend is one of these people

Here is a pic of him & my new kitten 🙄 pic.twitter.com/Nh9PgzeOCn

Not a lap cat? Or just not the right person? 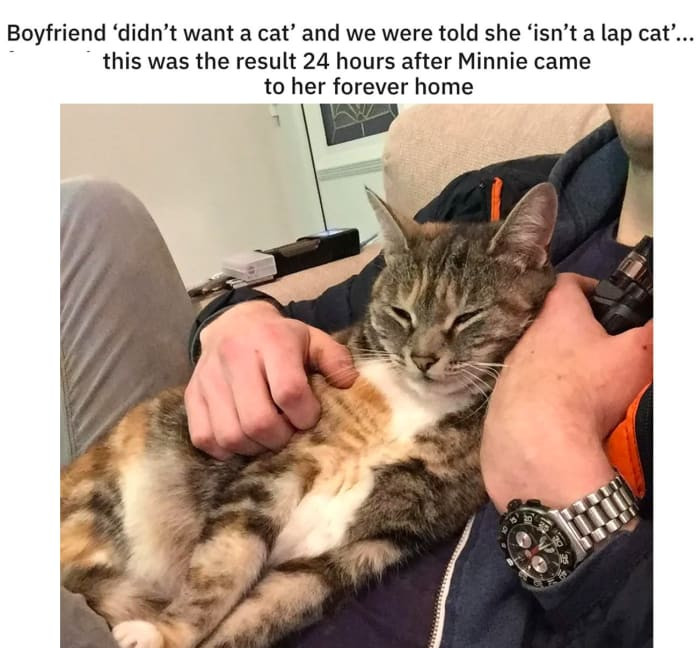 I meeeean... Looks like he's pretty keen on it now... Just saying.

my boyfriend with the cat he didn’t want pic.twitter.com/52sFY849We 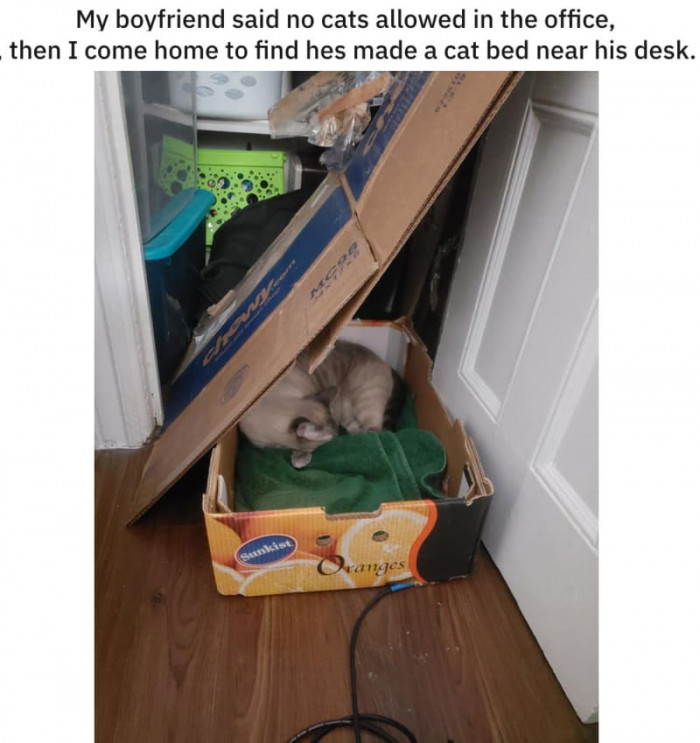 Boyfriend to his girlfriend: I’m highly allergic to cats. I’m only here because you want to be here. 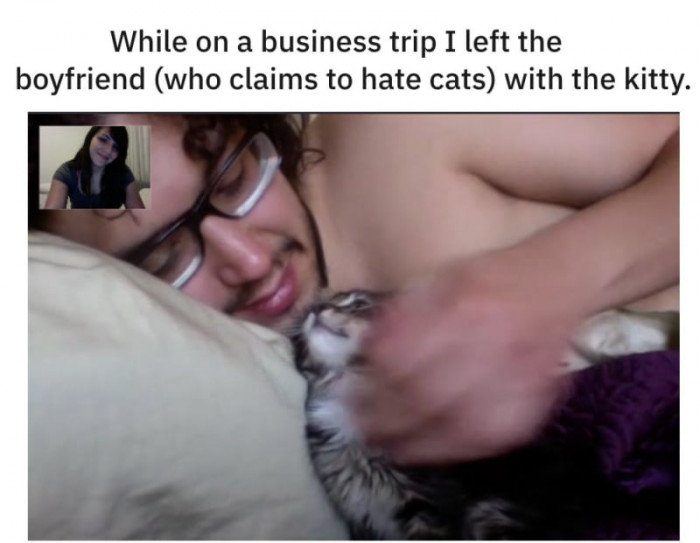 My bf: “I hate cats. if you ever bring one home I’m moving out.”

After my spiteful ass got a cat: pic.twitter.com/K0oJkQoJVi

Who said a cat can't be man's best friend too? 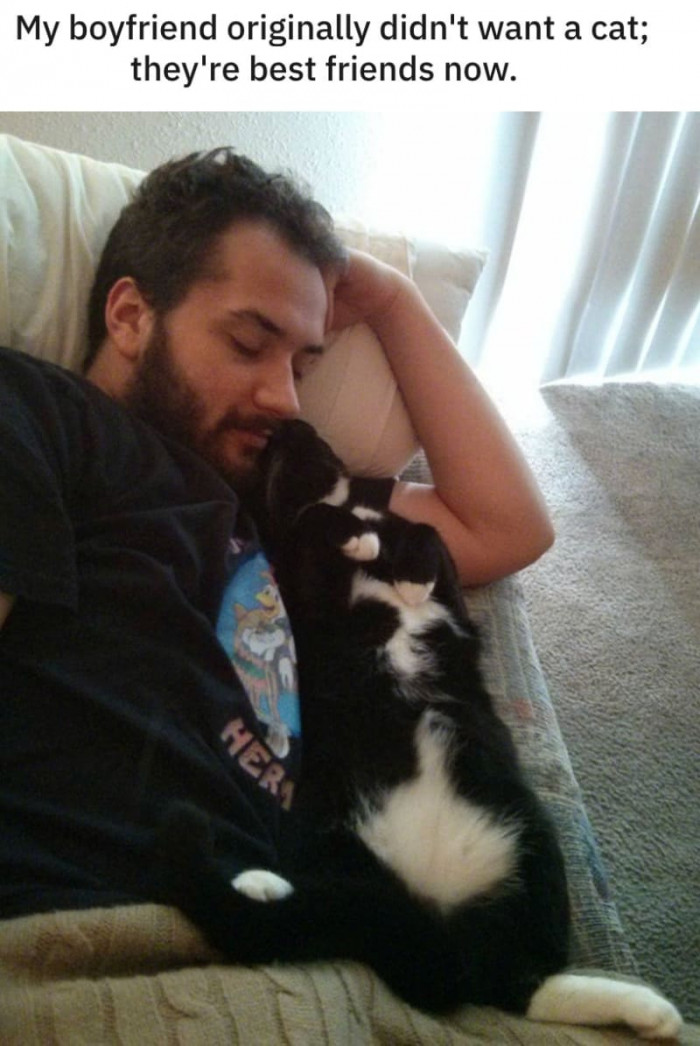 Sometimes there's one special face that just melts the heart 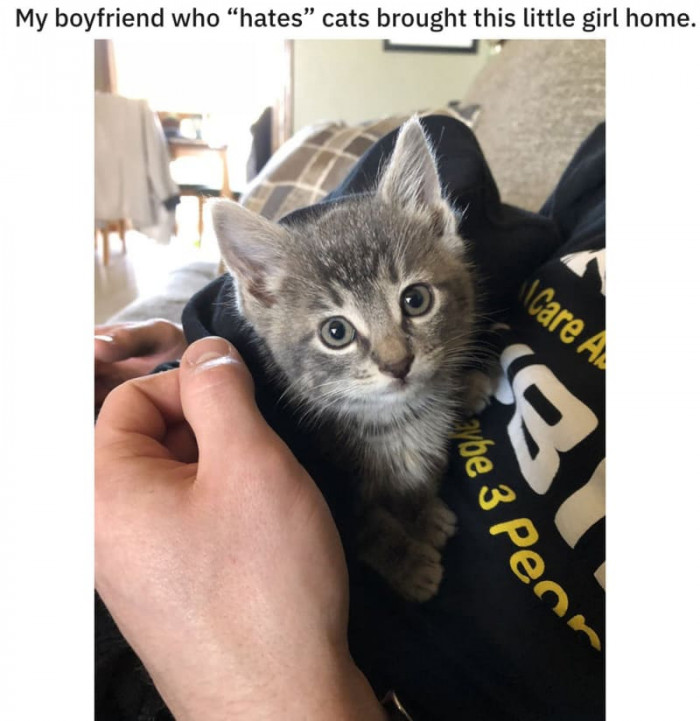 A cat? NO. A gaming partner? YES 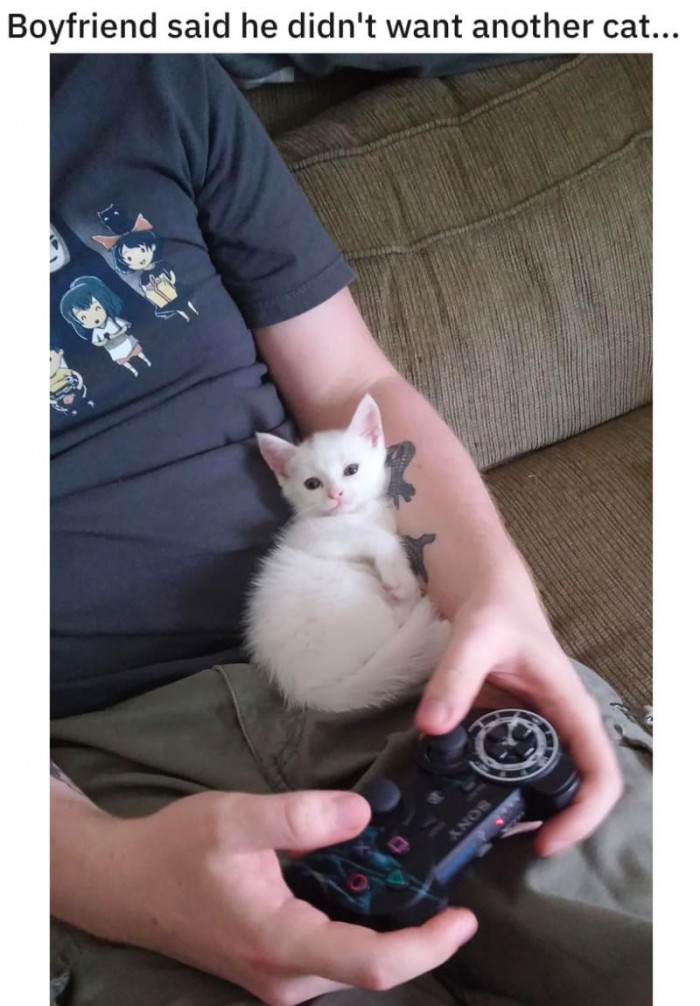 This boyfriend has great taste, even if he is lying about it

This is a call out post to my bf who pretends to hate cats and Disney then picks Wreck it Ralph as our movie for the night and cuddles my cat the entire time pic.twitter.com/dU5YGgxt1y

This guy has two cats! TWICE THE LOVE 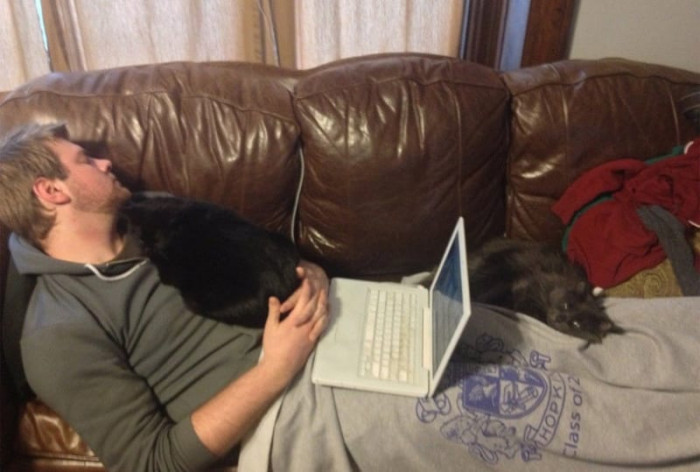 And lastly, a guy who breaks his own rules for the love of a cat...