Cat Takes His Comforting “Baby” Blanket With Him Wherever He Goes

Sara Budzynowski was a staff member at Wilson Veterinary Hospital, and an animal shelter called The Sparky Fund was one part of the clinic. She spent a lot of time there, and she was present when a litter of cute 3-week-old kittens was placed in their care.

They were all healthy, apart from one kitty. The poor guy had an infection on his tail, so a part of it had to be removed. Budzynowski helped care for him, and more time she spent with this cat, later named Renly, the more she grew to her heart.

“About a week after he got that part of his tail amputated, I took him home to foster him, and the rest was history,” says Budzynowski. 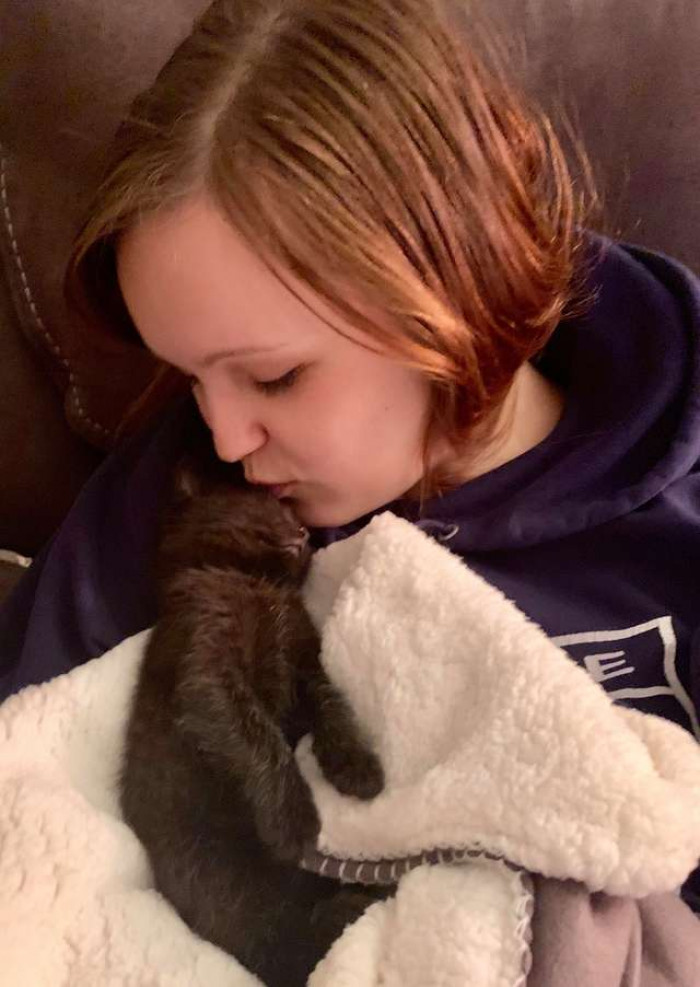 Budzynowski and her fiancé were very happy to have him in their home and started spoiling him immediately. They bought him a cuddly blanket and a cute stuffed bunny. Now, 10 months later, he’s still totally obsessed with them.

The blanket and the stuffed bunny are there from the day he arrived at his new home. 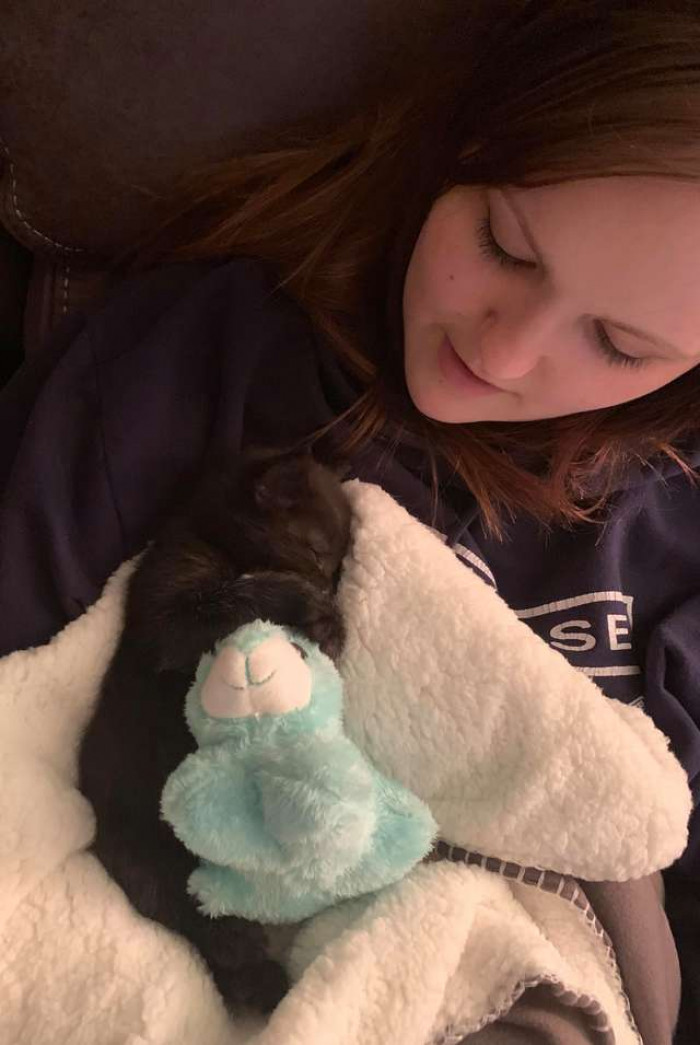 He carries the blanket with him all the time.

“He always loved his blanket from the day we took him home and usually carries it around his room to where he wants to sleep with it,” Budzynowski says.

Blanket is his favorite. 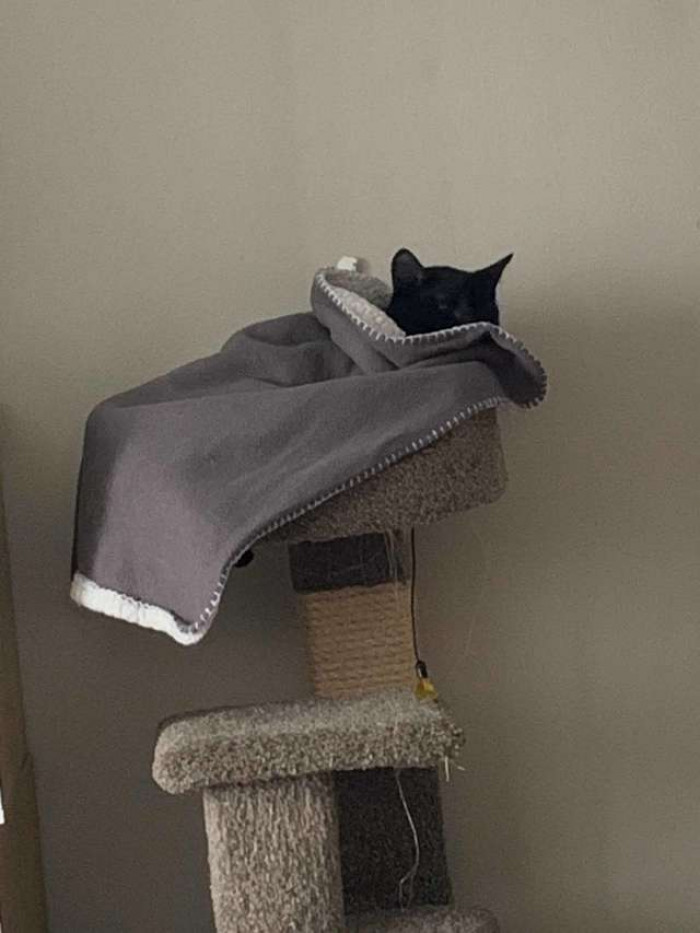 In the meantime, the couple has also adopted two corgis, Hotchner and Azula, and now he started acting like a real big brother, and shares his treasured blanket with his them.

“Hotchner and Renly sleep in the same room and sometimes when we come home from work to let them out, we see that Renly will put his blanket next to Hotch’s crate and Hotch will try to pull it inside the crate with him, so it’s like Renly is trying to share it with him too,” Budzynowski says. 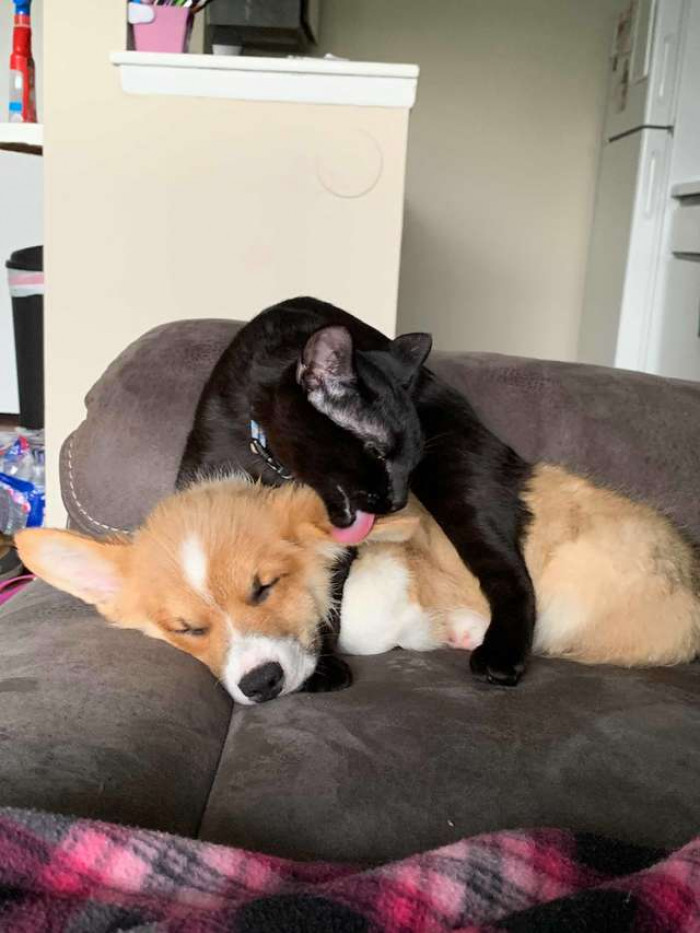 When the blanket is not around, a stuffed bunny will do. 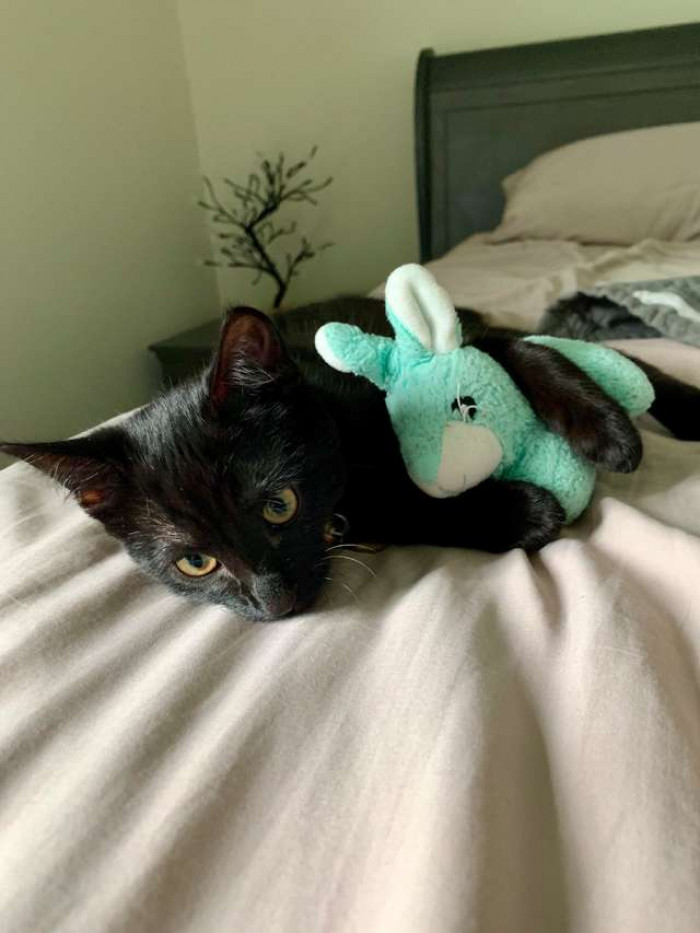 Renly’s attachment to the blanket is probably so strong since he got it the day he was adopted and came into this loving family. The blanket reminds him of the people he loves, and its probably a way to keep them with him always.

“Over the months, that blanket has seen a lot and has gone through the wash so many times, but I can’t bear to replace it and plan on keeping it for him for the rest of his life,” Budzynowski concluded.