Pixie The Cat Always Takes Her Stuffed Toys On Her Adventures

Pixie is a beautiful 12-year-old tuxedo cat, and she lives with her human, Beth Wilson, in the UK. Like all cats, she loves going outside and exploring the world around her. She also loves stuffed toys and wants to combine those two.

She always takes one of her plush toys on her adventures. She has several but chooses one that will be her playmate for the day. Maybe a tiger, a lion, or even a little stuffed tuxedo cat toy that resembles her a lot.

As much as she loves playing with them, she doesn’t like to take pictures together and leaves them down when she sees a camera. But once in a while, Beth manages to make a quick photo before Pixie notices her. 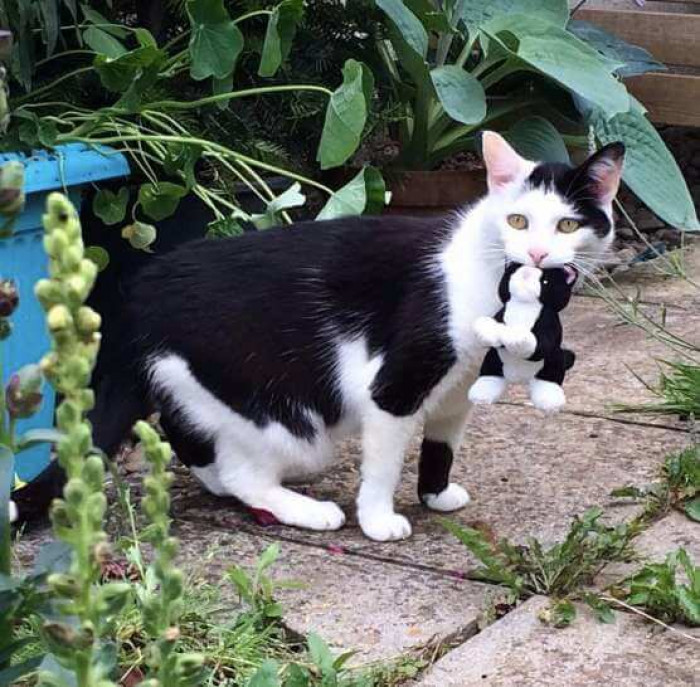 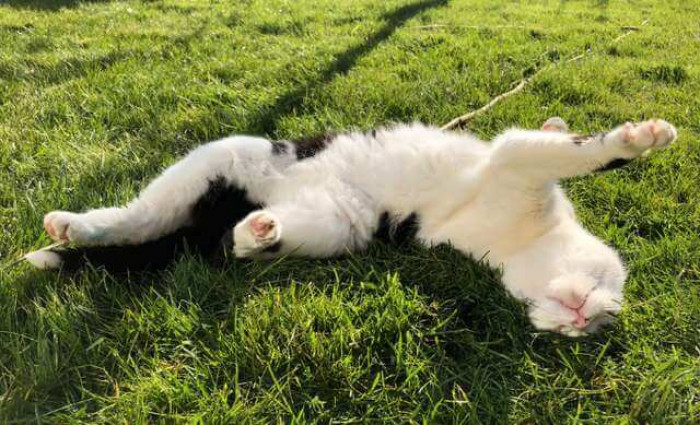 When she sees the camera, she puts the toys down. 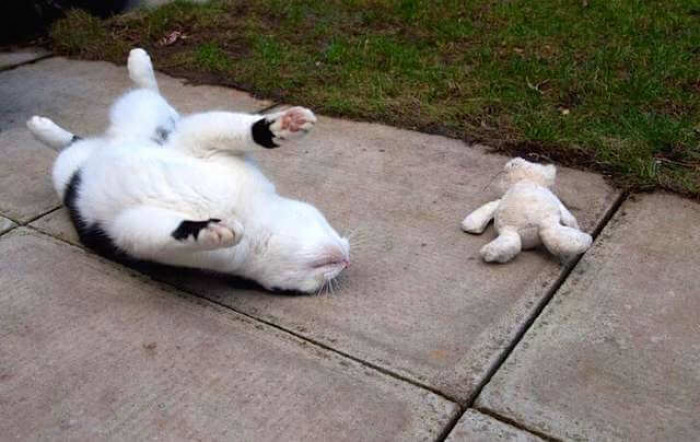 “In summer she likes to take them into the garden,” Wilson said. 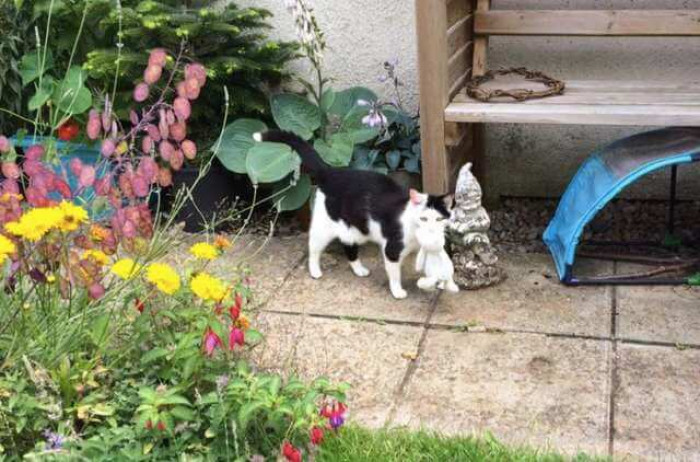 “Sometimes she just takes them for a tour and then back in the house. Other times, they get left in the greenhouse. If I put a blanket on the grass to sit on, she will put toys on it. In winter she just carries them ’round the house,” Wilson says. “She might take several into one room.”

The little Lyon is one of her favorite toys. 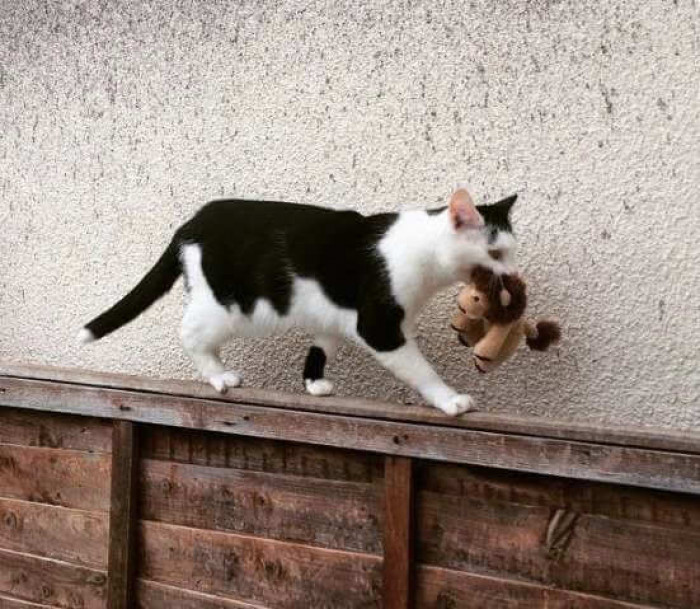 Pixie has a ritual when the house cleaner comes. When she sees her, the cat brings her toys into her toy box, and as soon as cleaning is completed, she puts the toys all around the house.

A Tiger is also a good companion. 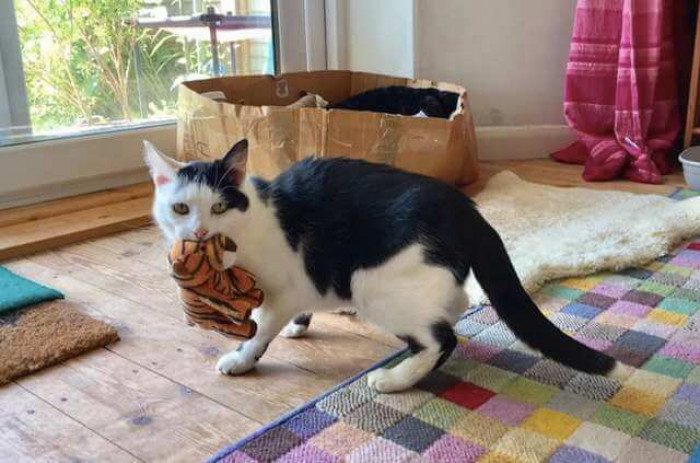 Pixie’s escapades aren’t just for fun; they are influencing people around her in a very positive way. She completely changed her owner’s life. “She takes care of me when I’m feeling bad, and she always cheers me up.” Beth Wilson confirmed.

Pixie next to her toy box. 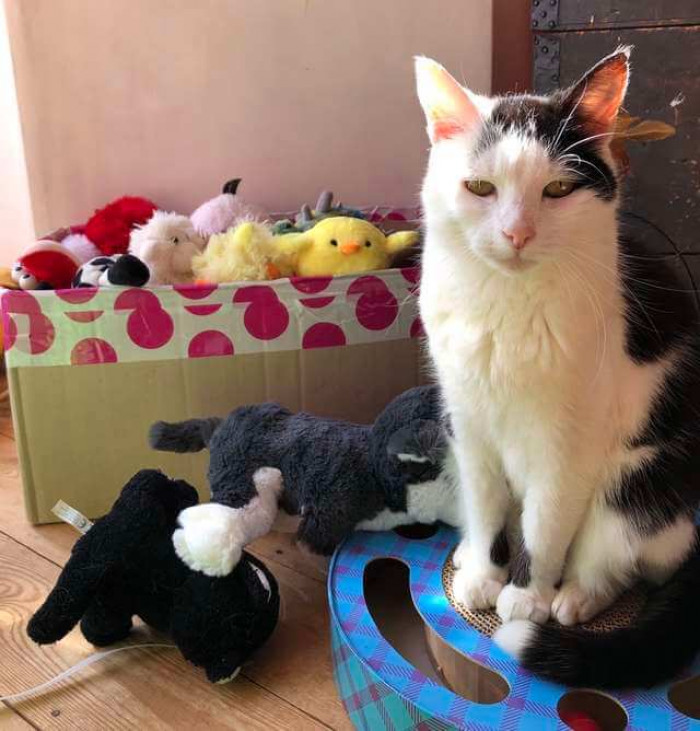 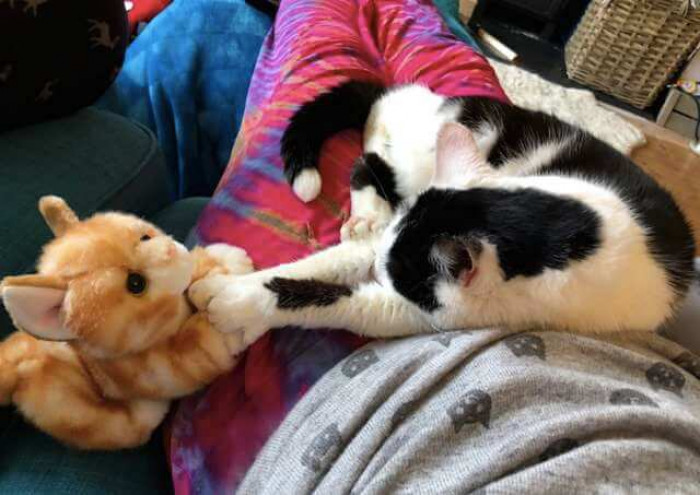