Achilles is a 2-year-old tabby who knows there's no better tutor than his owner, Stephanie Isidro.

Achilles never lets Stephanie out of his sight, and that's probably the reason he developed some human habits along the way. "He's extremely brilliant at observing what I do and picking up on my daily habits and routines," Isidro says.

One of his most curious habits is Achilles' passion for brushing his teeth. Ever since he was a kitten, he would wake up at 5 a.m. each morning and follow Stephanie into the bathroom while she brushed her teeth. "He sits there just watching me," Isidro says. 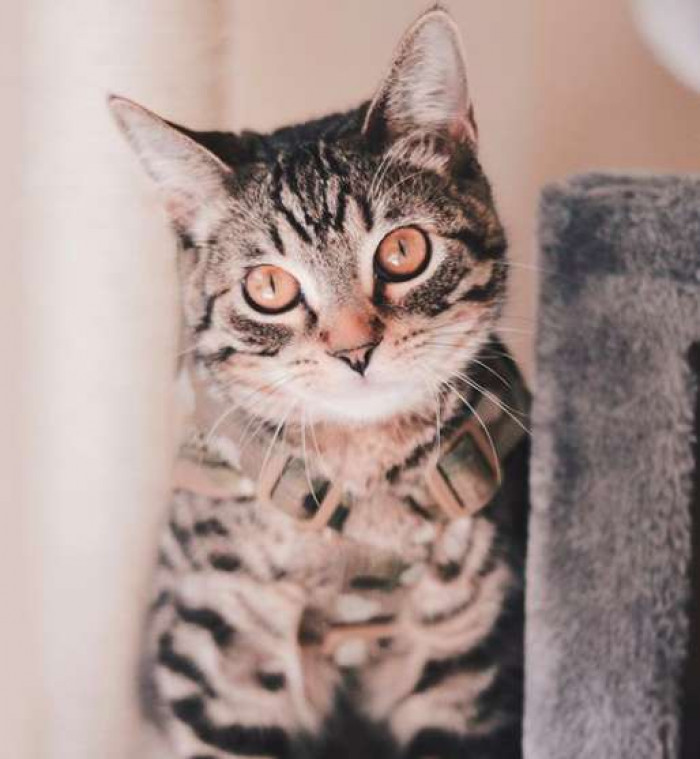 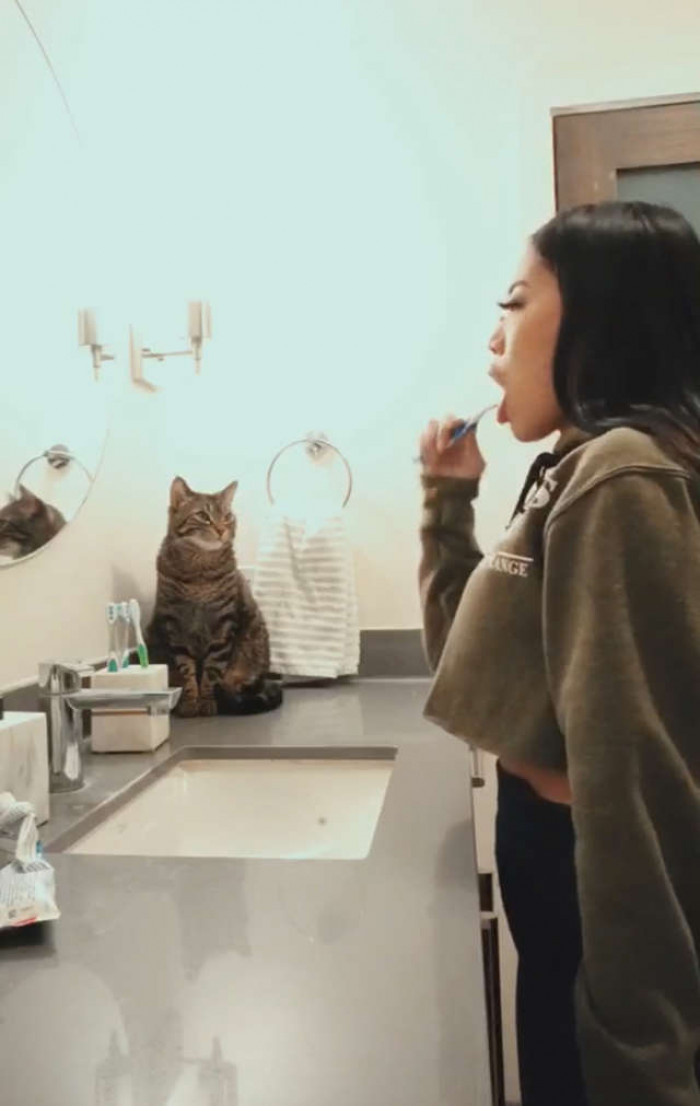 He started showing more interest in his owner's morning routine when Stephanie got additional toothbrushes for her visiting sisters. She left the toothbrushes in the holder next to the sink, and Achilles seemed to know precisely what to do.

"I was doing my usual morning brushing, and I noticed Achilles suddenly mimicking me with my sister's toothbrush," Isidro says. "At first, I thought 'Gross!' But then as he started doing this often, [I realized] it was genius."

Most animals don't like having their teeth brushed, but Achilles eagerly awaits this morning ritual. "I even started leaving an extra toothbrush out just for him," Isidro says.

"I've had so many pets in my life, and I've never seen anything like it," Isidro added. "If I allow him in the bathroom at night, he even brushes before bed. He's on top of his oral hygiene."

It looks like Achilles believes he’s human because brushing teeth is not all that he copies.

“He acts like a mini-me,” Isidro says. “He will go to bed if I go to bed and nap when I nap. He even sleeps very similar to me — his tummy up and tucks himself under the covers.”