Four years ago, a puppy named Joule was adopted by Brenna Eckert. From the start, Joule had problems dealing with anxiety and was extremely attached to her owner. When Brenna adopted a cat companion, Joule and Kelvin instantly got along. Coincidentally, their names before adoption were Sandals and Socks.

Contrary to the popular trope of cat-hates-dog and dog-annoys-cat, Joule and Kelvin would become closer friends than anyone could imagine. One day, Brenna decided to check the footage from security cameras she had previously installed. She was met with a surprise; Kelvin would up next to Joule for the entire day, comforting her.

This is Joule and Kelvin, the cutest duo in the world. 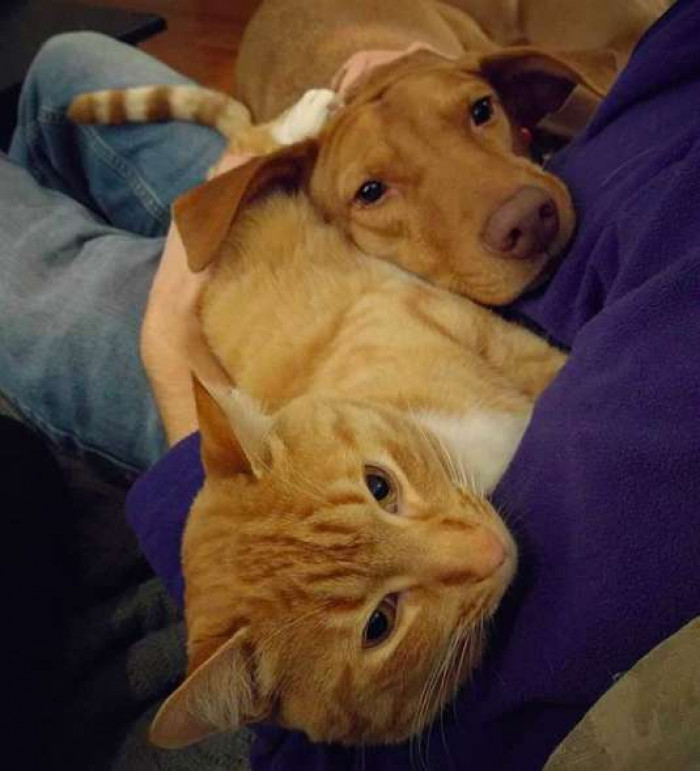 This must be the purest friendship to exist.

You can't tell me this isn't the sweetest thing you've ever seen.

These two look so comfortable in each other's presence.