Dads Who Originally Did Not Want A Cat, But Came Around To The Idea

When we are growing up, most of us wanted pets. While some of our parents were equally as excited as their kids—others were not. Sometimes, it is because, even though the kids promise that they will take care of it, their parents are wise enough to know that the pet would become their responsibility instead.

Sometimes, it is because parents just don’t like animals and therefore do not want them. Whether this is because they didn’t have any pets as kids and don’t understand the innate value they bring to our lives. Nevertheless, even people who don’t want pets can have their minds changed pretty quickly once they meet it! Here we found 19 cases where someone's Dad did not want a cat in their household—but these pictures show otherwise!

This improvised shelf must have been made with lots of love

my dad, 2 months ago: we are never getting a cat. no cat of yours will live in this house

my dad, now: i spent two weeks building this custom shelf so gizmo can sit by his favorite window because the one you bought from amazon isn’t good enough pic.twitter.com/LnUhf0eh0E

My dad 3 days ago: We do not need another cat in this house!! I don’t want him!!!!
My dad now: pic.twitter.com/sYPPtRJHsG

Mi dad : No quiero animales en la casa
Him the minute I bring a cat into the house : pic.twitter.com/5ODYfckGDZ

This Dad made the cat a cardboard house 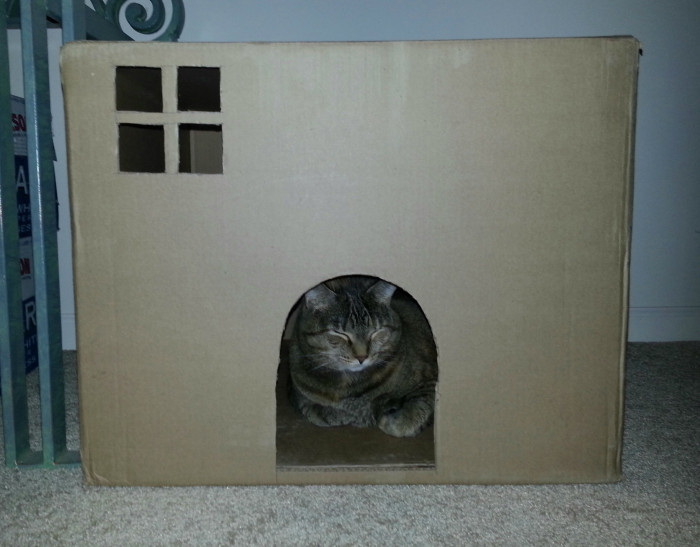 I think he regrets not getting a cat sooner

My dad: we are NOT getting a cat. Under no circumstances will we have a cat in this house. 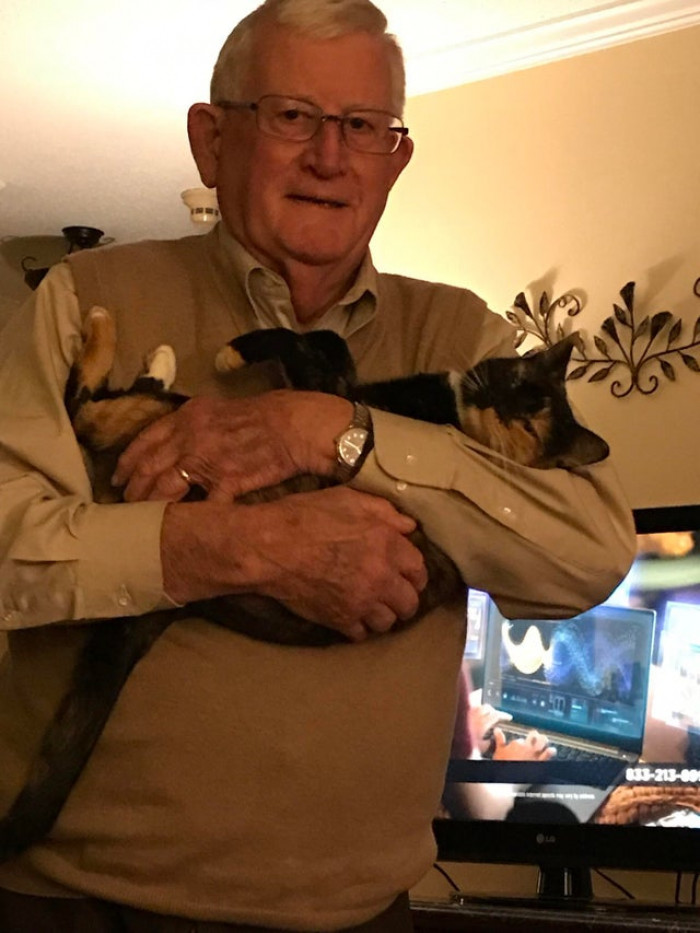 Someone is trying to get a new wallpaper for their phone

When your Dad makes a bunk bed for the cats 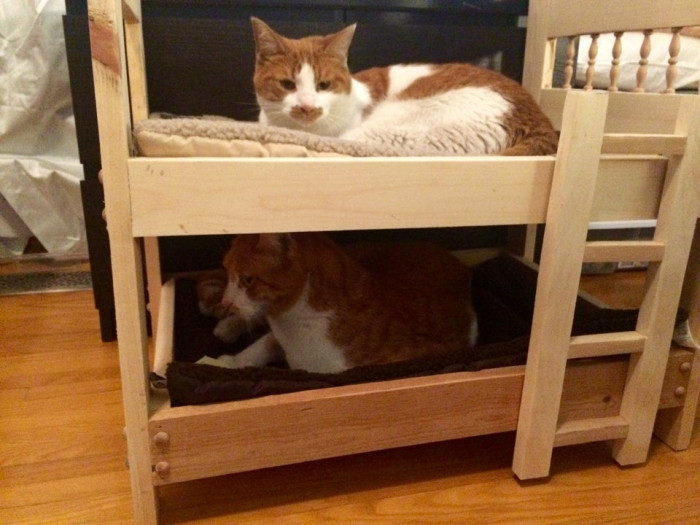 I can't decide who is enjoying this more

Dad: I don't want the damn cat in the house
*2 days later* pic.twitter.com/WmibYzvgUo

My dad didn’t want another cat but now all he does is post photos of them doing random things on Facebook pic.twitter.com/oKRSovV6BX

“We can’t keep it.” -my dad 10 months ago pic.twitter.com/ekpnurDjSq

This Dad has claimed his daughter's kitten as his own 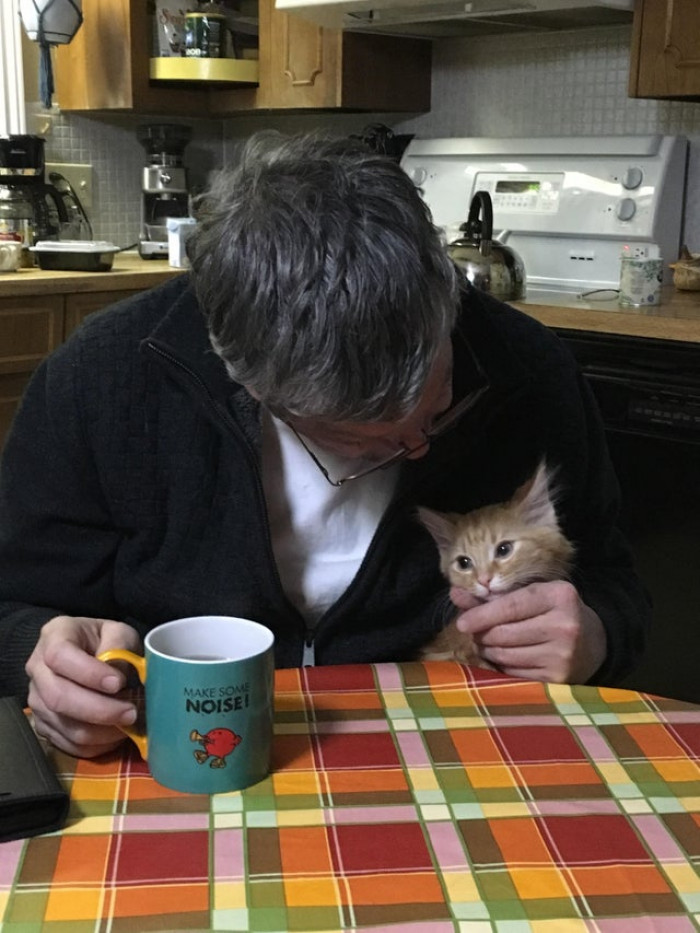 Someone's Dad is letting out their crafty side

My dad last year: "I'll never have cats. Pets in general are too much work. I don't want to ever have pets again."

My dad this year after a pregnant cat went into his house to have 4 babies: "look I've made a playground for them" pic.twitter.com/cKhyJIGOO6

this Dad pretends he hates cats, but picks them up every time he visits 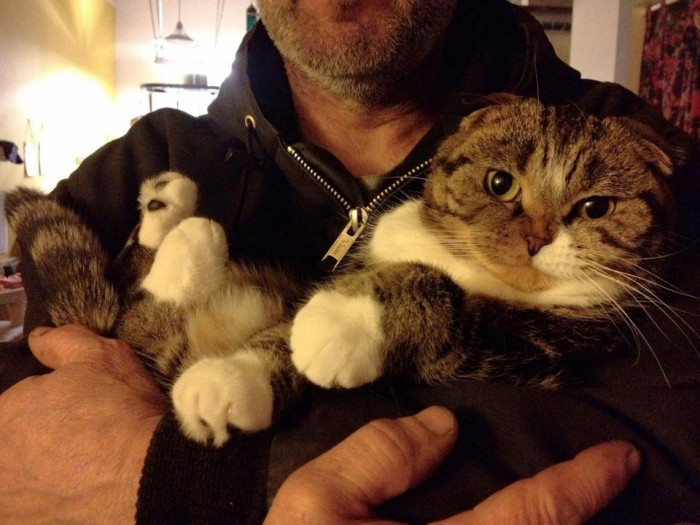 This Dad keeps the cat entertained with cat videos 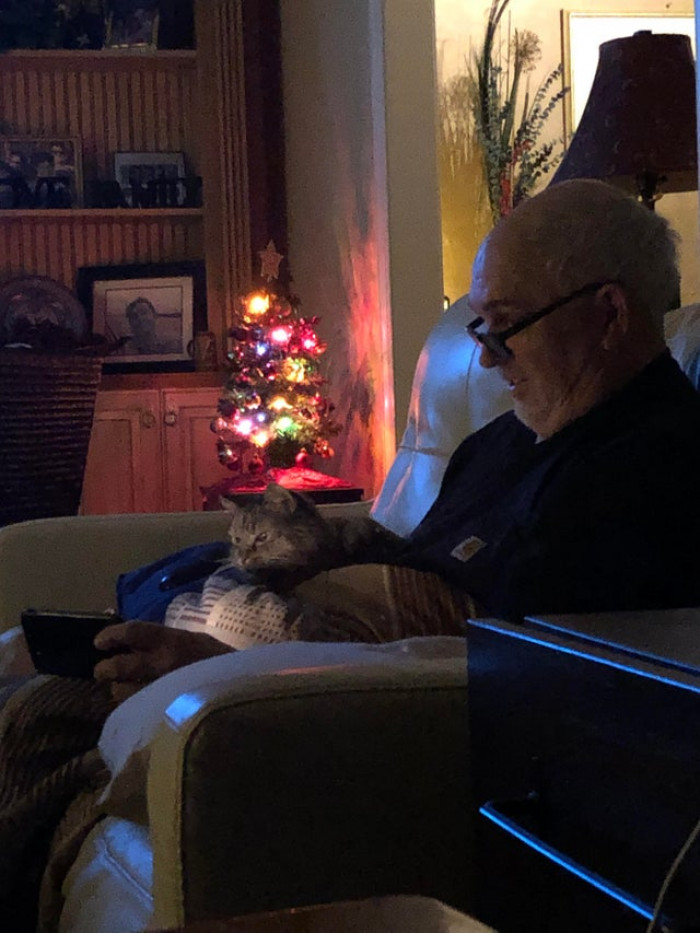 The cat must be getting too much love from this Dad

my dad: these damn cats aren’t welcome in MY house, just another rat mouth to feed

This Dad is the real cat whisperer

my dad: "if you bring home any more animals im leaving I don't want them I don't even like cats"
also my dad: pic.twitter.com/UyQUjdmQsO

This Dad just wanted to have a hug

my dad a year ago: we’re NOT getting a cat. they’re evil! i don’t want any cats in this house!!!
my dad now: pic.twitter.com/bLCpZuMopS