Video Of A Cat Knocking On A Door Went Viral

This video, posted by Sheekilah Jones, is no exception to that rule. And, as evidenced by the fact it has been shared so many times, it's something that a lot of people were amazed by.

Sheekilah Jones was on her way to work last week and while she was waiting for her bus, she heard a strange noise.

She told The Dodo that she heard a knocking sound but couldn't see anyone around.

The only thing nearby was this cat! 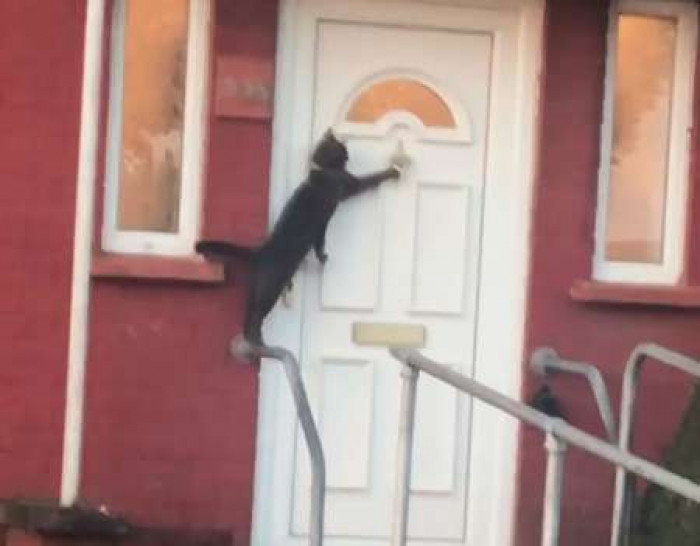 The cat was standing on the handrail and reached his paw up to rap on the doorknocker; exactly like humans do.

Jones said that she was tempted to go and knock a little harder on the door so the humans would definitely hear, but she had to catch her bus.

The clever kitty must have watched people do it and decide it was the perfect way to get let in. I mean, why use a cat-flap when you can use the front door, right?

Watch the video below: