Rescue Cat Makes An Unlikely Friend In A Pet Rat

Having multiple pets can be a little hit or miss, in terms of the relationships they build sometimes. You never know whether getting a new cat will be beneficial for a lonely dog, or whether the cat would knock over a fish-tank and eat the contents. Some animals love other animals, some animals love humans and some animals just want to be left alone.

Some dogs get too possessive to have other friends and some cats are just too standoffish to want to spend time with other animals. And then there's some animals who surprise you; like this cat, who has never met an animal it can't befriend.

Meet Jagger; a stray kitten born in a garage.

MacKenzie Allmon is a lover of all animals. Her cat, Jagger, was born in her garage!

In a conversation with The Dodo, Allmon said: "In our old neighbourhood there was a flea market close by and people would give away kittens there — but at the end of the day if they still had some left they would just turn them [loose], which caused our neighbourhood to be filled with wild cats." 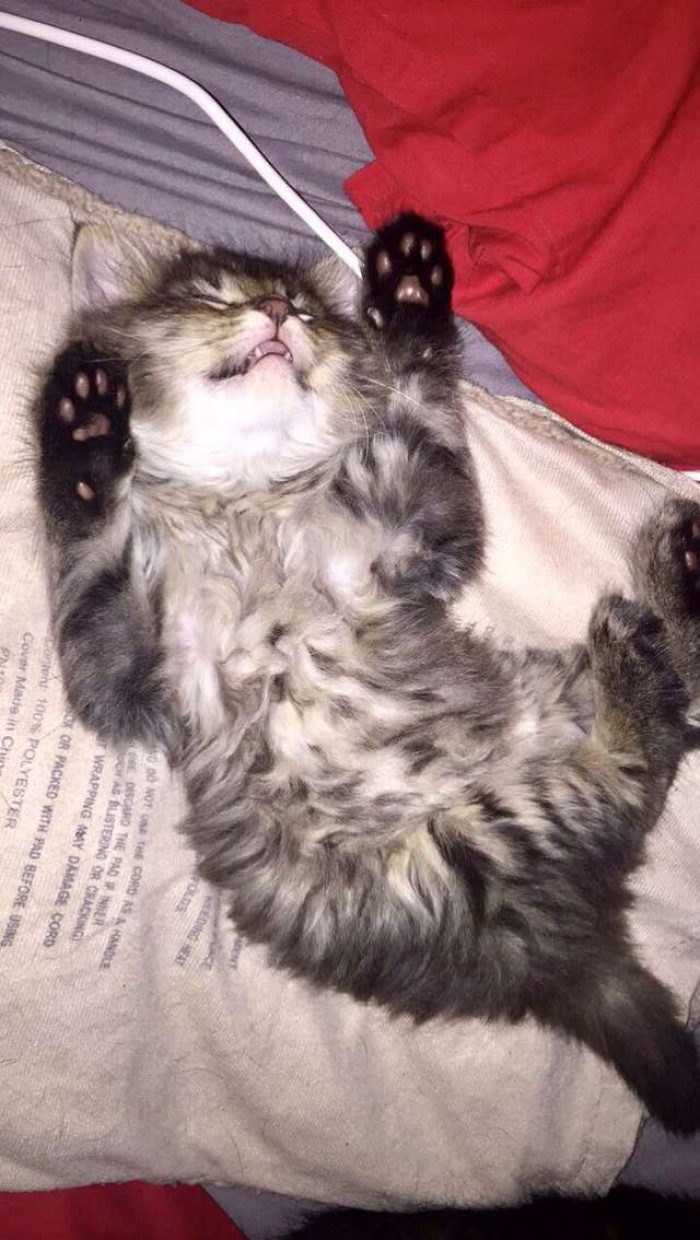 Allmon took a fat stray cat in and she ended up giving birth to kittens.

Allmon found homes for all the other kittens, but couldn't bear to part with Jagger. 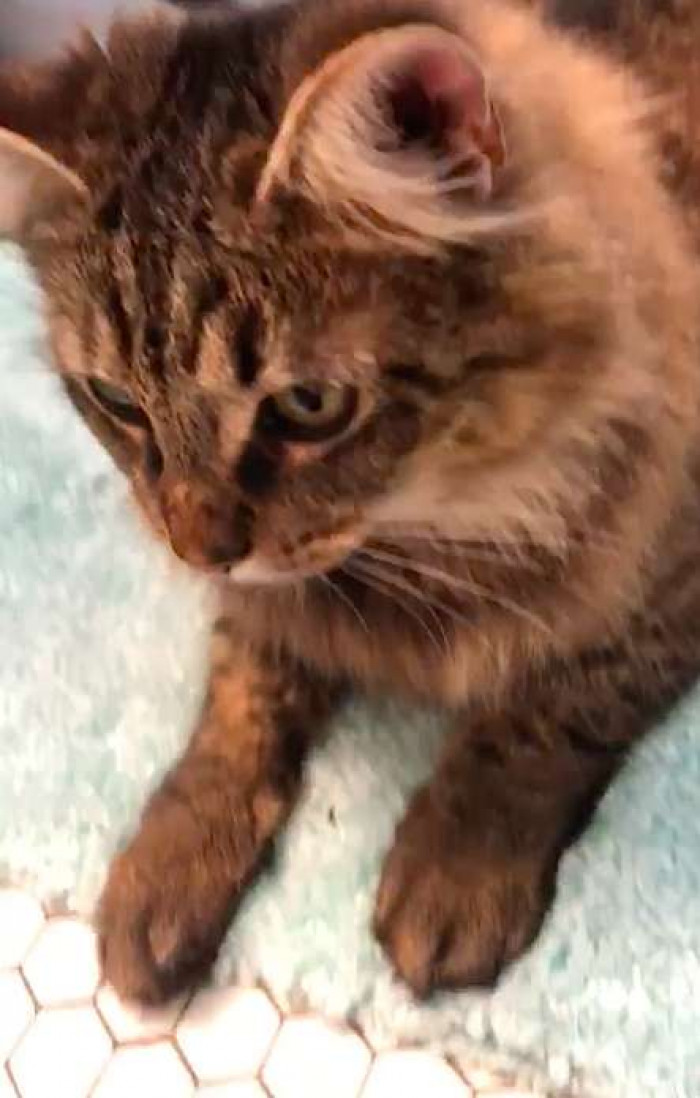 Jagger is a very loving cat; and has even become closer friends with a dog.

Cautious at how Jagger would respond to the rats, Allmon created a protected area for her new pets, Willow, Jasmine, Eevee and Sadie. 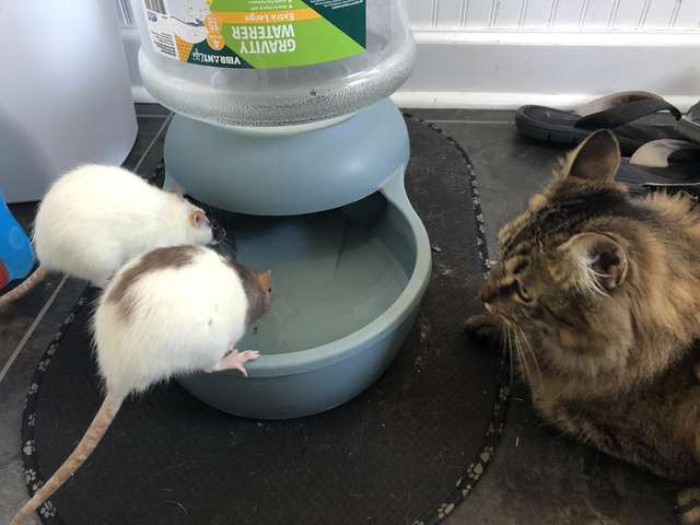 One day, Willow the rat escaped the rat-habitat.

Allmon looked all over her house for the sneaky rat.

Eventually she found her.

Cuddled up with Jagger! 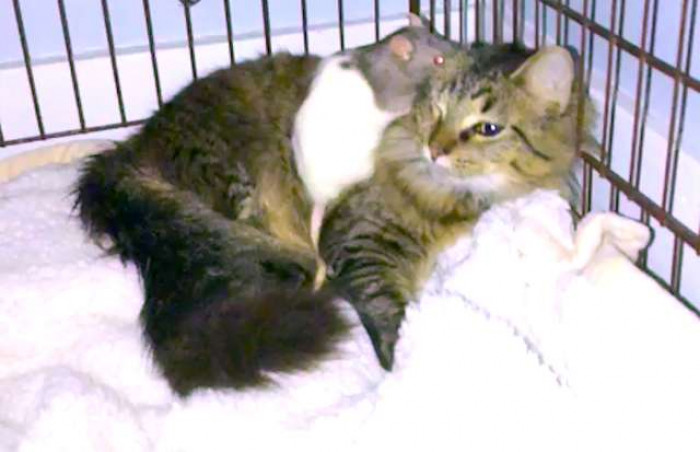 Ever since the day they met; Willow and Jagger have become inseparable.

They follow each other around the house and love to wrestle! 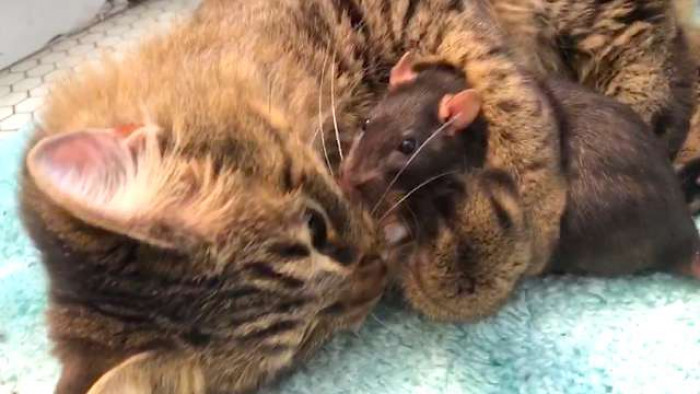 Sadie, Eevee and Jasmine are also buddies with the friendly cat, but Willow is Jagger's favourite.

It just goes to show, you can always find friendship in the unlikeliest of places. 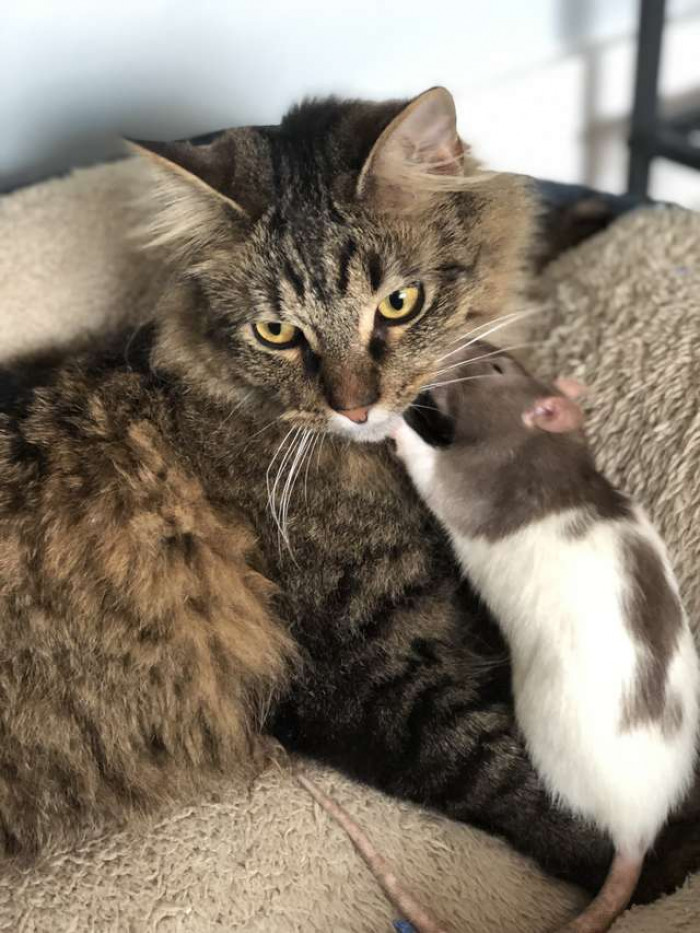