Cats are excellent jumpers, that is a well-known fact. They are also very elegant in everything that they do, that is not a surprise. But some cats are more graceful in jumping than others. And it is unfortunate that there is no international award for that because this cat would definitely be a contender to the throne.

George, a chocolate point Himalayan cat, took one look at the staircase block and jumped over it with such a grace that he seemed like floating.

The video shows the one-year-old kitty from Melbourne, jogging up and down as he gets ready to jump.

He then jumps and hardly changes his position while flying before wandering off out of view - probably in his owner's home.

"Chocolate point" implies to the brown pattern throughout the cat's "points" - such as their ears, mask, feet, and tail.

An average domestic feline can jump about 8ft high – that is about six times their body length.

Himalayan cats first appeared in the U.S. in the 1920s, and the organizations started acknowledging it as a breed in 1957.

Gorgeous George, a chocolate point Himalayan, is annoyed by the stair gate in his way. 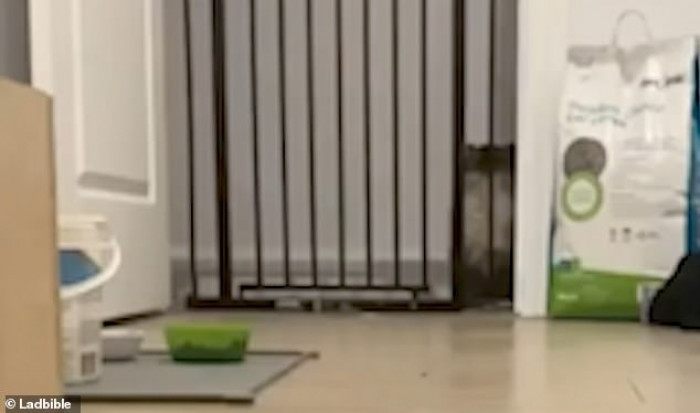 He starts his jump. 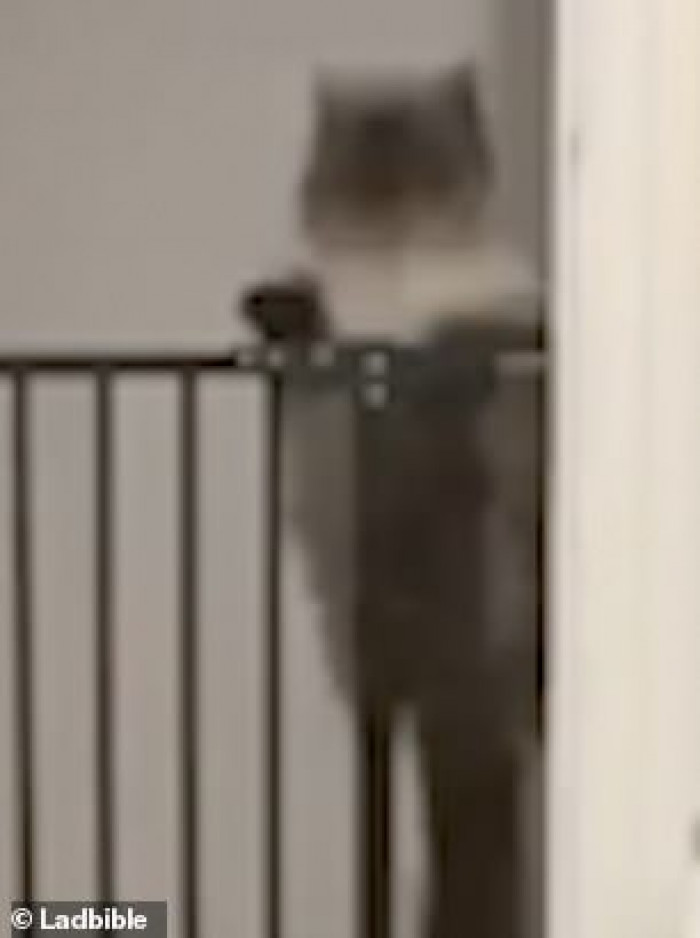 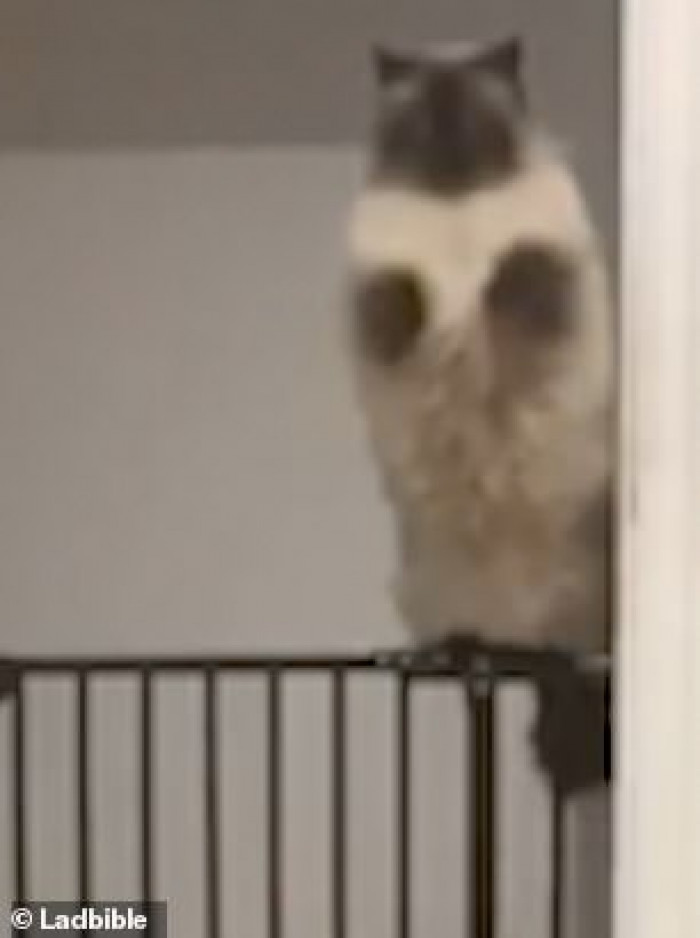 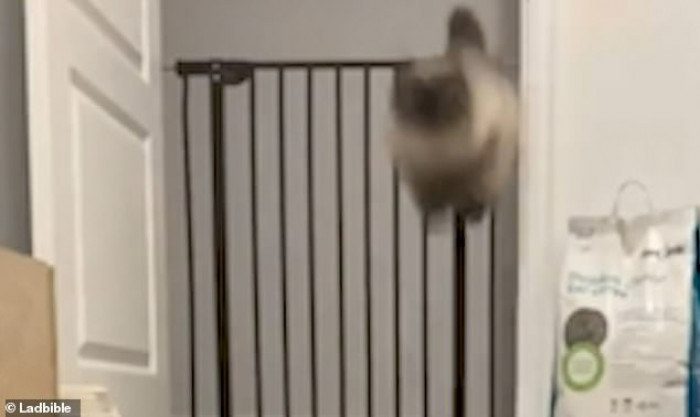 He lands perfectly landing on the other side. 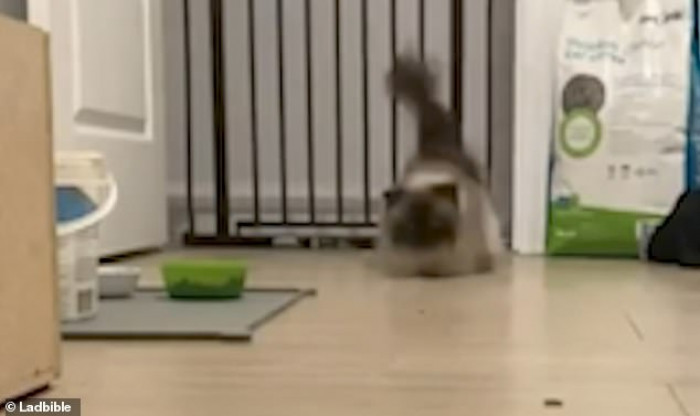 And he’s gone... Gorgeous George goes out of sight. 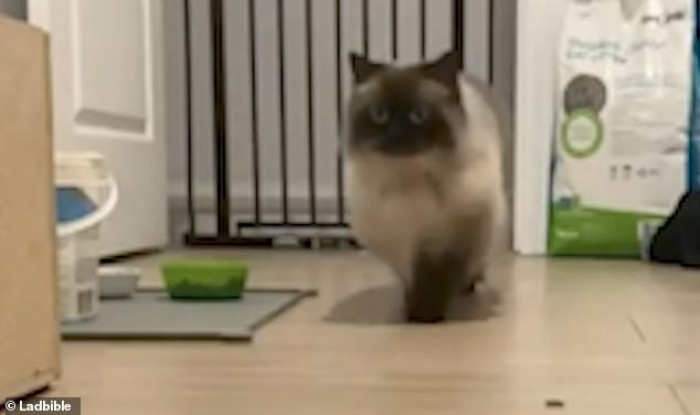