Meet Dibs, the cat who is obsessed with snow. His family discovered how he's crazy about snow the first winter he spent with them.

Dibs was a stray on the streets. Then, he met his future dad, Nate Troy, in a parking lot. The cat decided he wanted Troy to be his dad and just hopped into his car. Troy is allergic to cats, but how could he say no to a such wonderful cat, eh?

So, yeah. Nate compromised and brought the cat home, then the family named the cat Dibs.

Everyone knows about how Nate is allergic to cats, so they let Dibs go indoor and outdoor when they first adopted him. That's when they discovered how Dibs is so obsessed with snow.

Let me just remind you... Nate is allergic to cats. But hey, that's true love you're seeing right here.

Dibs enjoys a little sunshine, too.

"That first winter, Dibs played outside in the snow for hours, frolicking, leaping and having the time of his life. I have never seen anything like it.”

Said Sara, Dibs' mom, in an interview with The Dodo.

Eventually, the family has decided that Dibs is safer inside the house. Yet, his parents still want him to enjoy snow... and so, they came with the best idea: bring the snow inside! 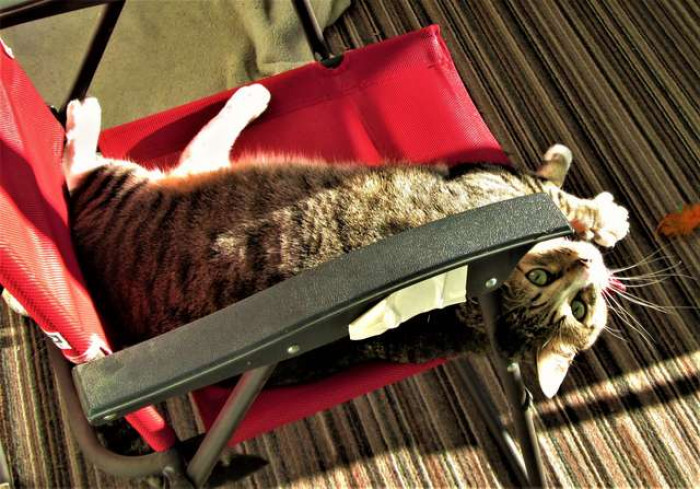 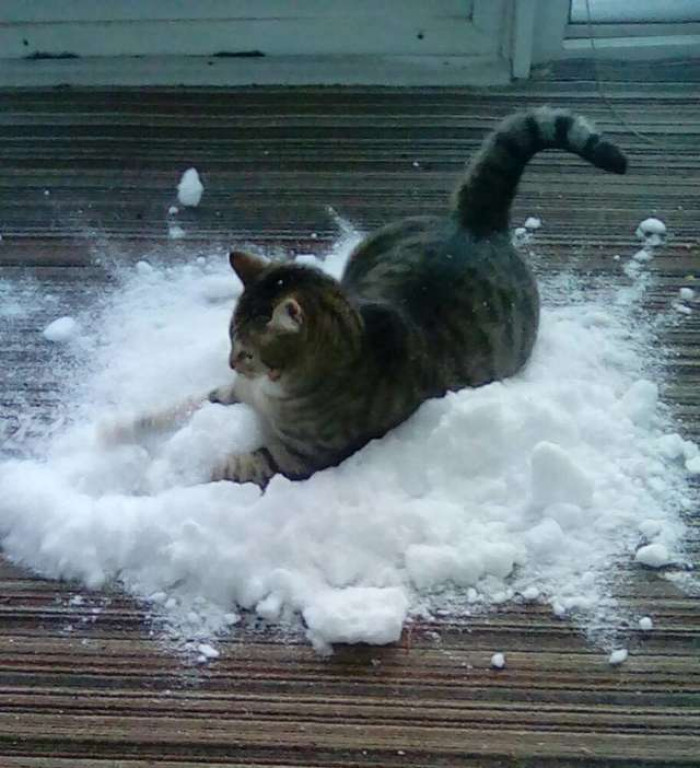 Look how happy Dibs was when his dad brought him snow from outside!

If this isn't love, I don't know what is.

You can see more from Dibs on Facebook right here.