Now, everyone who owns a cat or has own one in the past knows that you don't just own the cat, the cat owns you. You also don't immediately become friends, you need to cautiously proceed to bring it presents and belly rubs to become their friend.

Even though you are now in their friendship circle, it doesn't make you safe from scratches, hissing and experiencing the all-out crazy cat. But although this happens you still love them and want to be their everything, but it's going to take a while.

Katie, a Reddit user experienced this first hand when she spent three years of her life trying to win over the king of cats and the king of her community. His name is Minkus and self-appointed himself to the head of the neighborhood watch.

Every day you can find him on his throne, which is his stoop, sitting and watching everyone and everything very carefully. 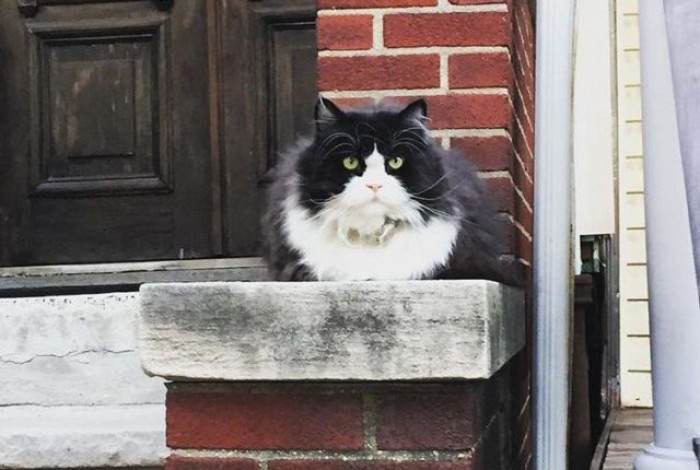 Katie didn't know the incredible cat's name at first and so she started calling him Minkus, because I mean he is so freaking fluffy! Later on, she learned his real name is monicker, but kept on calling him Minkus.

It just suits him so much better, don't you think? 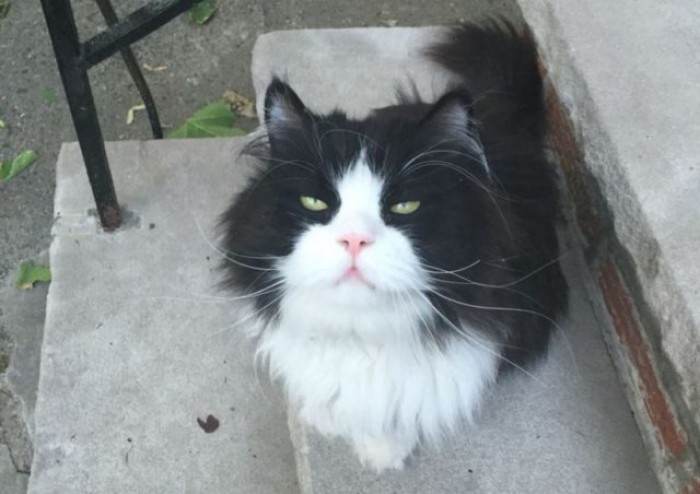 After three years she finally earned the kitty's trust and affection. He now makes it a habit to hop down his throne when Katie is walking past to greet her. It's true what they say, hard work pays off! 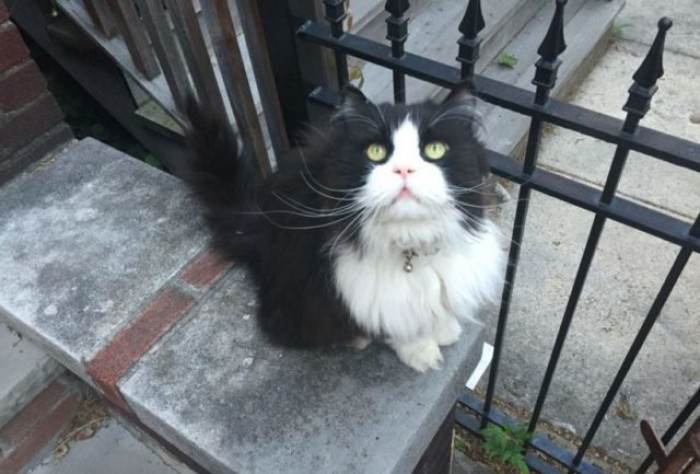 He may look cute and cuddly, but never underestimate the power of seduction, it will most likely bite you in the behind if you are not careful. So, whenever you walk past Minkus, remember he is always watching. 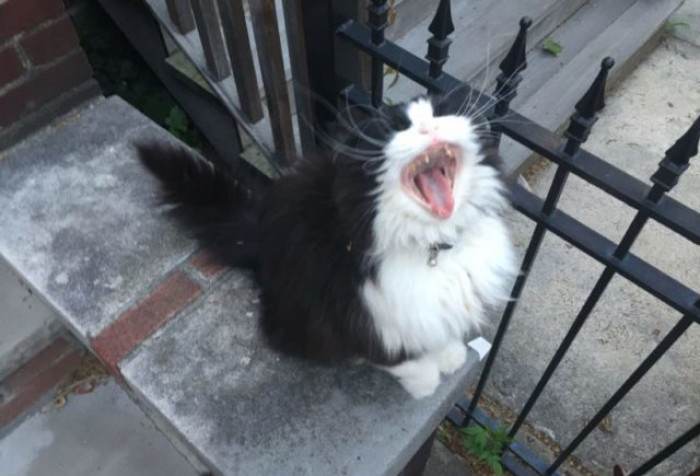 Have a look at the love that Katie has won from Minkus.