If you are an animal lover, this story will really warm your heart. It's about a beautiful calico cat in Pusan, South Korea, who was living on the streets as a stray.

One day, the pretty cat wandered into the local police station, meowing for help. It wasn't the first time she had been to the station. A few months earlier, she had seen officers from the station bury her kittens who had died after a road accident. When she returned, the same officers were on duty, and they quickly realized she was pregnant again.

The kind officers took her in and decided to call her "Molang," meaning "don't know," which seemed appropriate seeing as they didn't know anything about the mystery feline.

The officers made her a "delivery room" under a sofa for when she was ready to give birth. 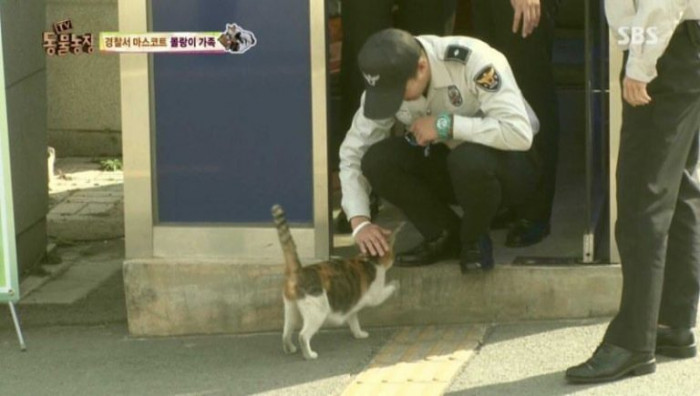 They even helped cut the umbilical cord as she gave birth to her four adorable babies. 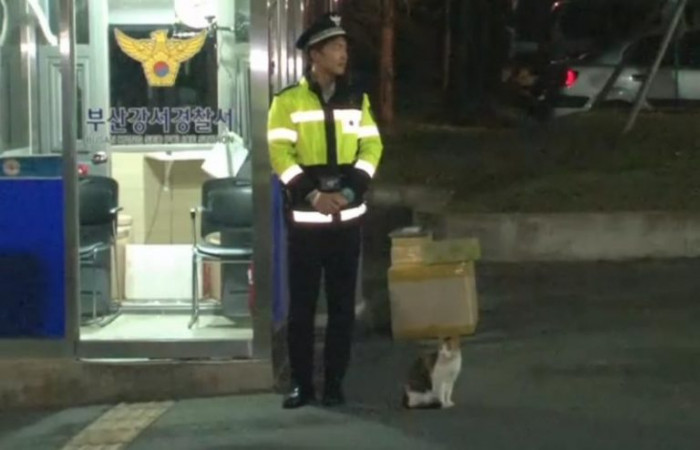 The station has now become the permanent home for the furry family of five. 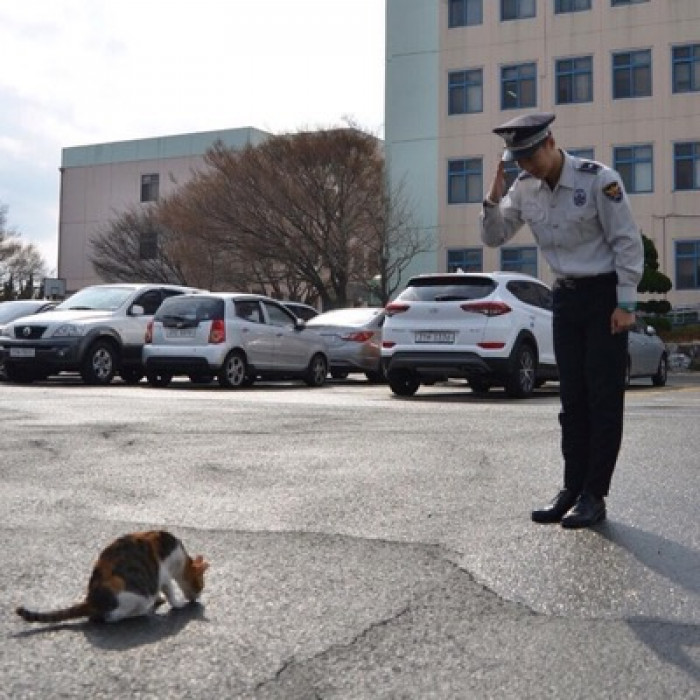 The cats enjoy playing and working alongside the officers. 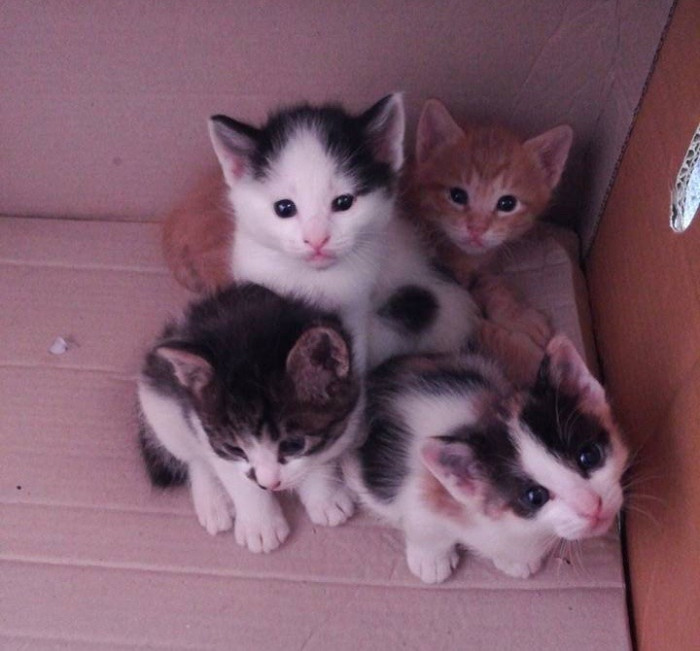 They also enjoy having a nap on any parcels that happen to arrive at the station. 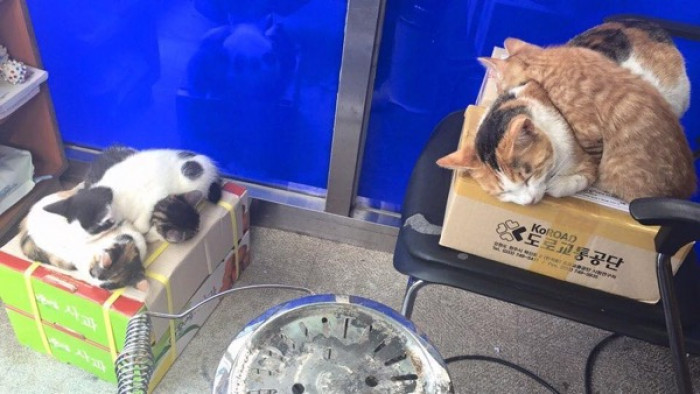 Molang and her kittens have quickly become the station mascots and the officers love them very much. 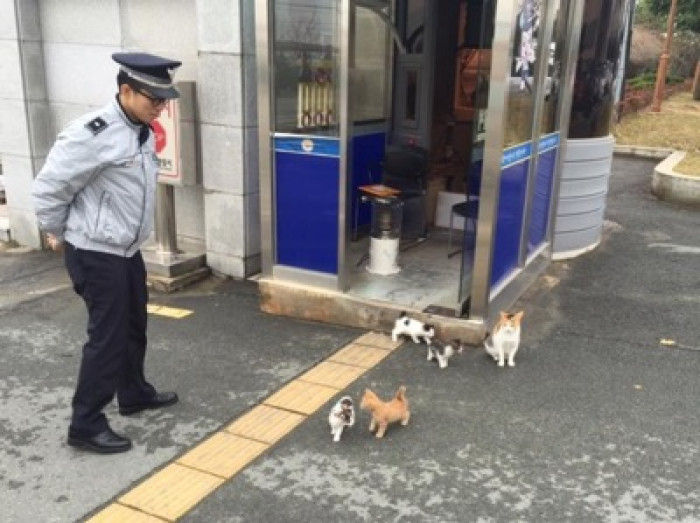 They are well fed, well looked after, and very much loved by all. 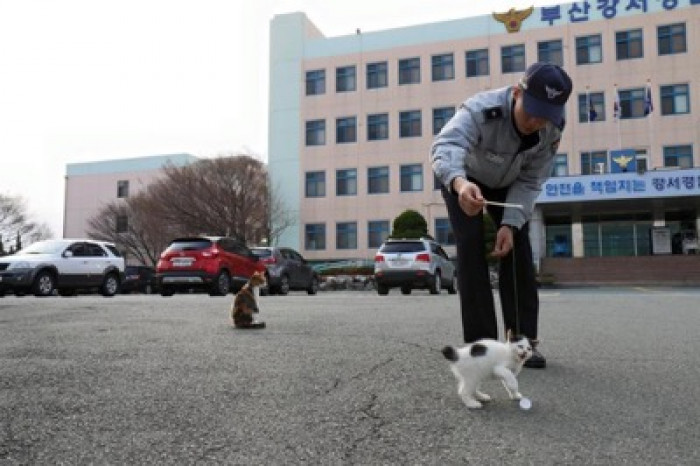 And as it turns out, this little family have made history as the first ever police cat family in South Korea! 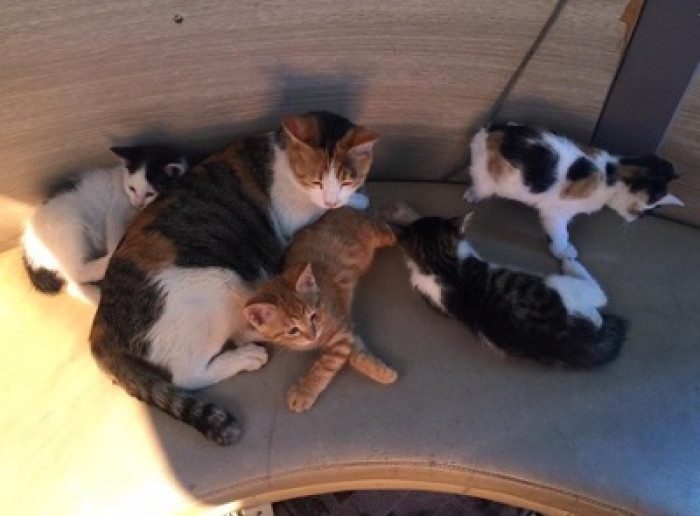