These Cat Posts Prove That Cats Are The Cutest Pets

If your social media feeds are anything like mine, you spend a long time scrolling past a lot of posts you don’t care about. In between the 100 ugly pictures a day someone you went to high school shares of their baby and the poor politics takes aggressively shared by an uncle you've always hated; there are a few good quality posts hidden on your timeline.

Hidden amongst scarily targeted ads about things you fleetingly thought about once, are some good quality posts. The subject of most of these posts? Cats. Cats are the absolute highlight of the internet and make all the junk posts worthwhile. Here is an assortment of some of the best recent posts; without all the garbage in between!

You gotta be kitten me pic.twitter.com/HE9COrfOB8 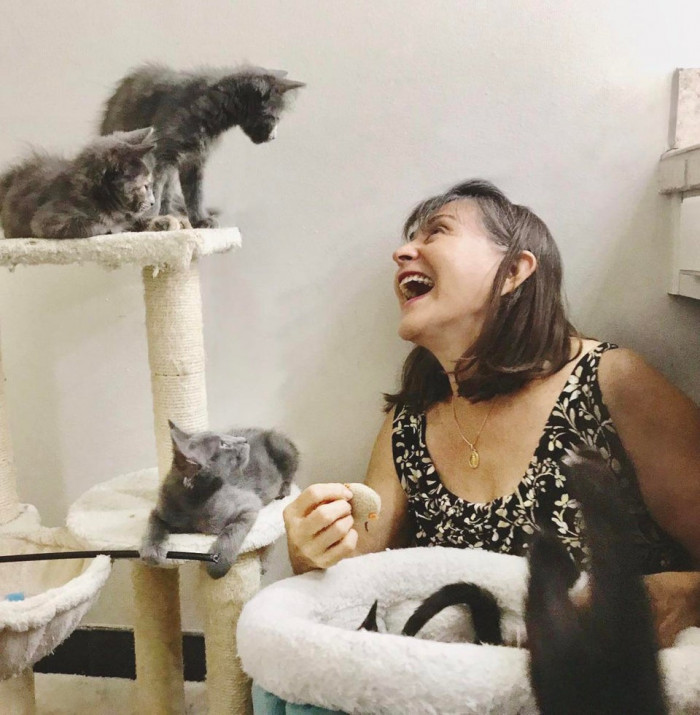 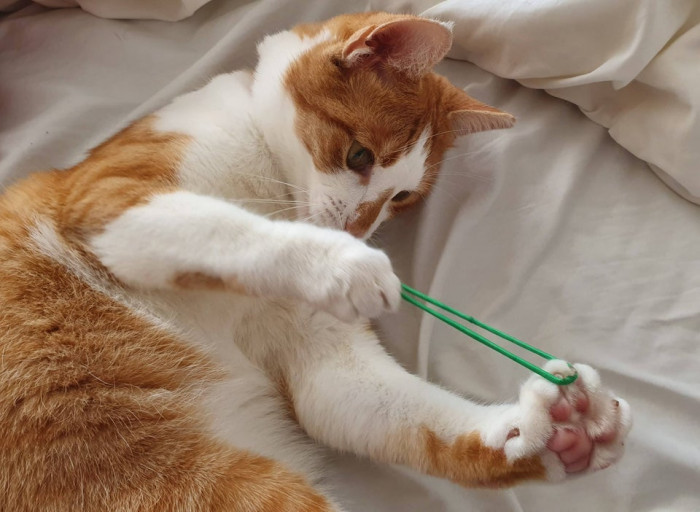 Cat can’t figure out a piece of fuzz pic.twitter.com/Z8SzuSIBVc

Snug as a bug in a rug

Skittles doesn't seem to be enjoying their trip to the vet 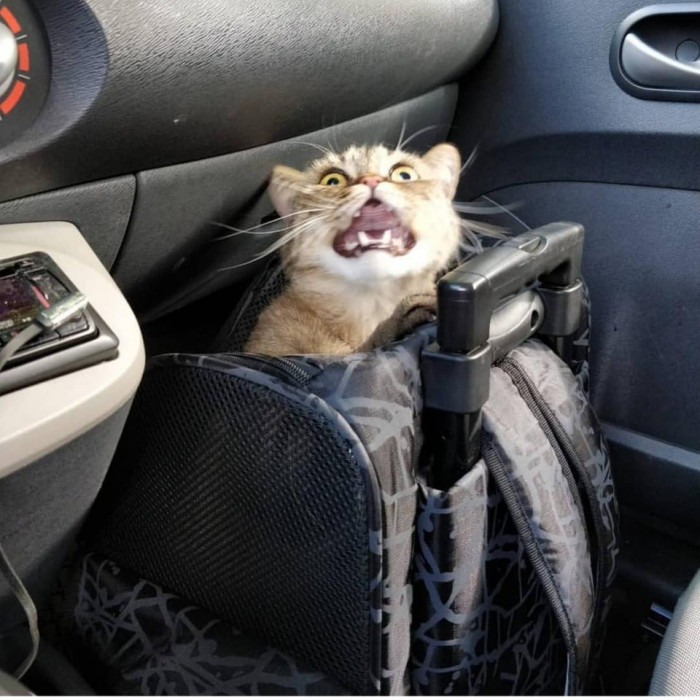 This cat who isn't enjoying the kisses

When the catnip kicks in... pic.twitter.com/12Ijph846r

awake.. but at what cost pic.twitter.com/5YsW8rjc6O

This tiny kitten trying to scare her human (by being so cute!!)

My 8 week old kitten started doing this thing to where she will know i’m about to come in the room and she will hide by the bathroom door and jump out to scare me when i’m walking up. 🤣 just thought I’d share this cuteness 🥰 pic.twitter.com/SOz1ckGGpr

This cat who wanted to show off

anyway I came back to the apartment around 11pm to find this friendly cat that looked like it wanted to guide me to something,,,, so I followed it (obviously) and omg look at what she showed me 😭 pic.twitter.com/28CQitcUgJ

These two kitties who found someone to look out for them 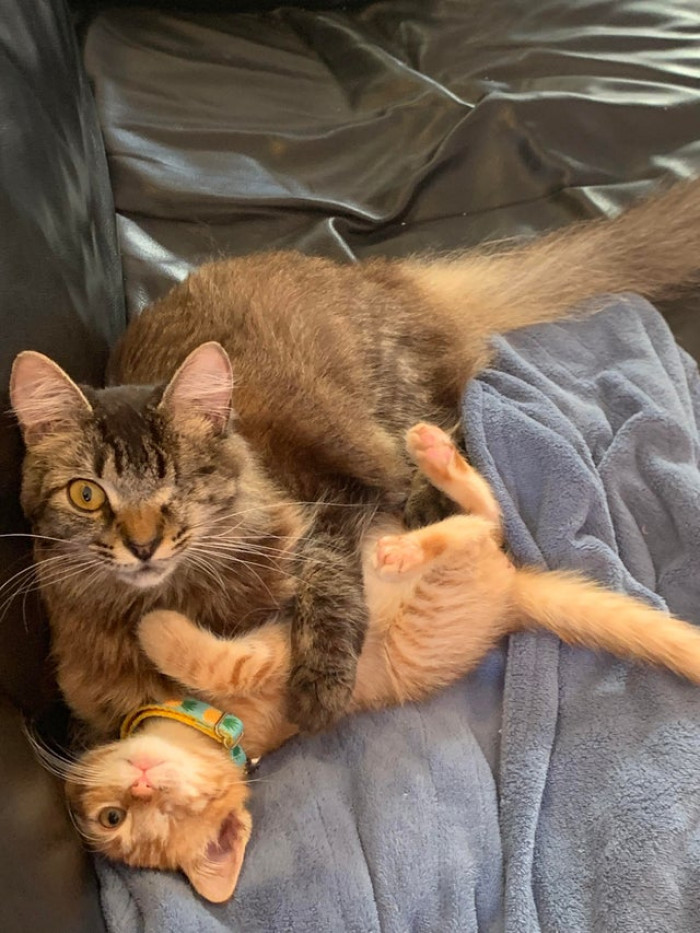 Cones: beneficial for a dog's health AND a cat's amusement

So we had to put a cone on my dog again. My cat loves it pic.twitter.com/UqSvwuGSGA 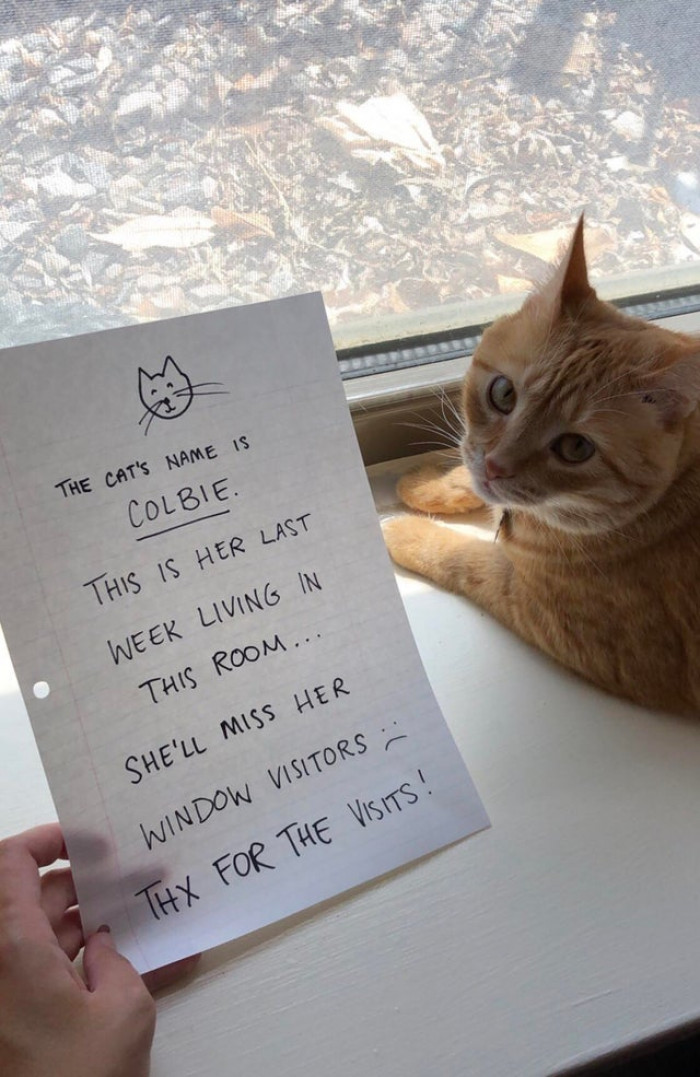