Adorable Cat Decided He Deserves A Seat At The Dinner Table

If you've ever taken a personal interest in cats then you probably figured out pretty quickly that they are unique creatures with diverse purr-sonalities. Such is the case for Lilou, a little kitten who joined his family at the ripe, young age of 8 weeks. His family al

ready came with 2 big, beautiful cats named Pinot and Minou, and they were very different cats from little Lilou.

Lilou made it clear from the beginning that he was curious, mischevious, and adventurous while Pinot and Minou countered his energy by being laid-back, calm cats. Like a firecracker, Lilou brought new energy and excitement to this family and it only got better as each day passed.

Furry family members, even Lilou's appearance stood in contrast to his kitty brothers thanks to the splashes of fluffy-white fur that decorated him. 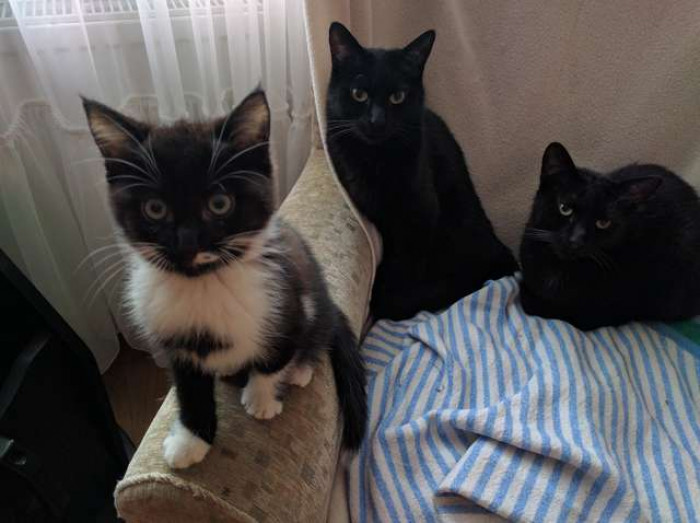 Philipp Kehrein, Lilou’s dad, told The Dodo, “he loves playing with the other cats and wants to decide himself when it is time to cuddle. e is very lively and curious. One time I was snoring and he wanted to check where this noise was coming from — so I was woken by a cat putting his snout in my mouth — very hairy.” 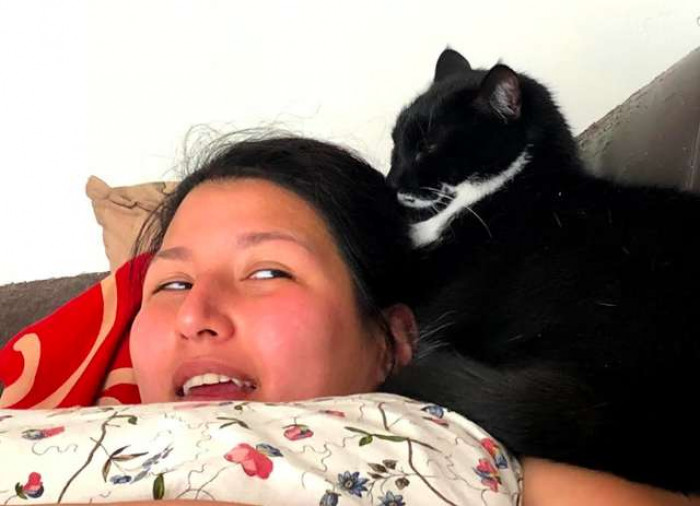 For all his mischief and independence though, Lilou loves being around his family. When his mom bought a cat tree just for him, he quickly began using it to sit at the dinner table with his parents while they ate! Lots of cats like to know what's going on at all times, but Lilou likes to get up close and purr-sonal, and there are few times as up-close an personal as meal time. Plus, what better place to be than close to the food? 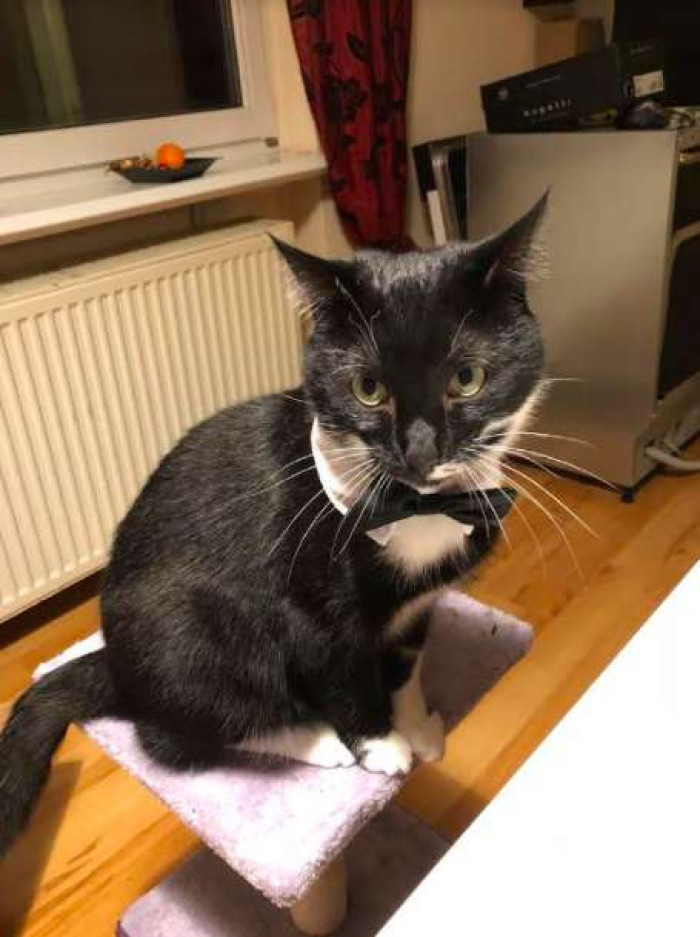 Recently, Lilou's parents decided it was time to renovate the dining room. Not wanting to eat in the living room, they set up meal time on their balcony. Lilou, not one to be left out of any situation let his curiosity lead the way and followed his parents out on to the balcony for meal time. Of course, since Lilou had been sitting at the dinner table via his cat tree he didn't see any reason why he shouldn't also sit with his parents at the table on the balcony either! 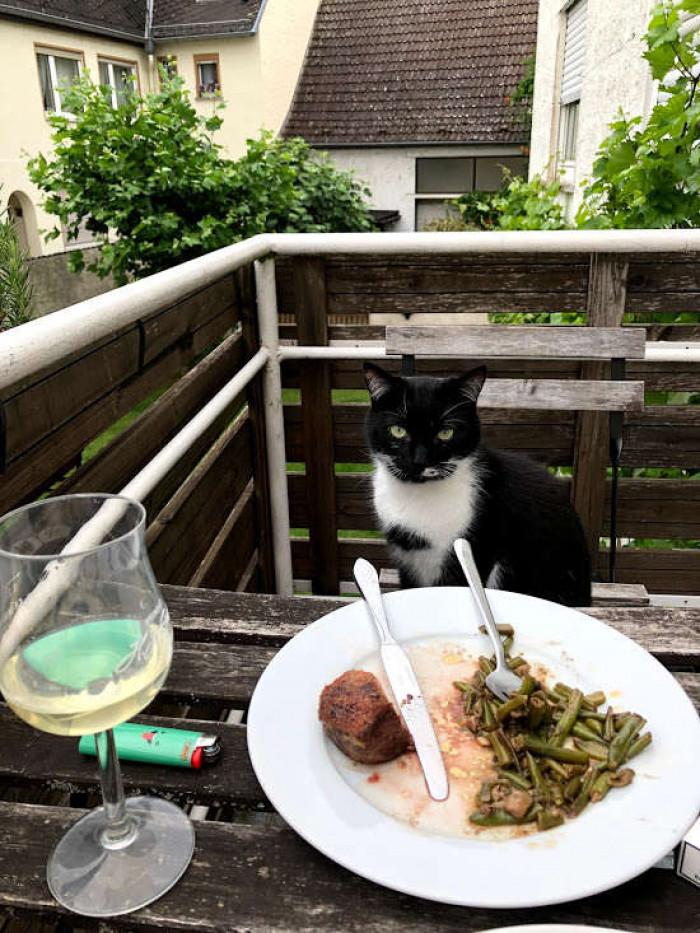 It only took a moment for Lilou's mom to get up from the table for him to see his moment. He hopped into mama's seat like he belonged there. 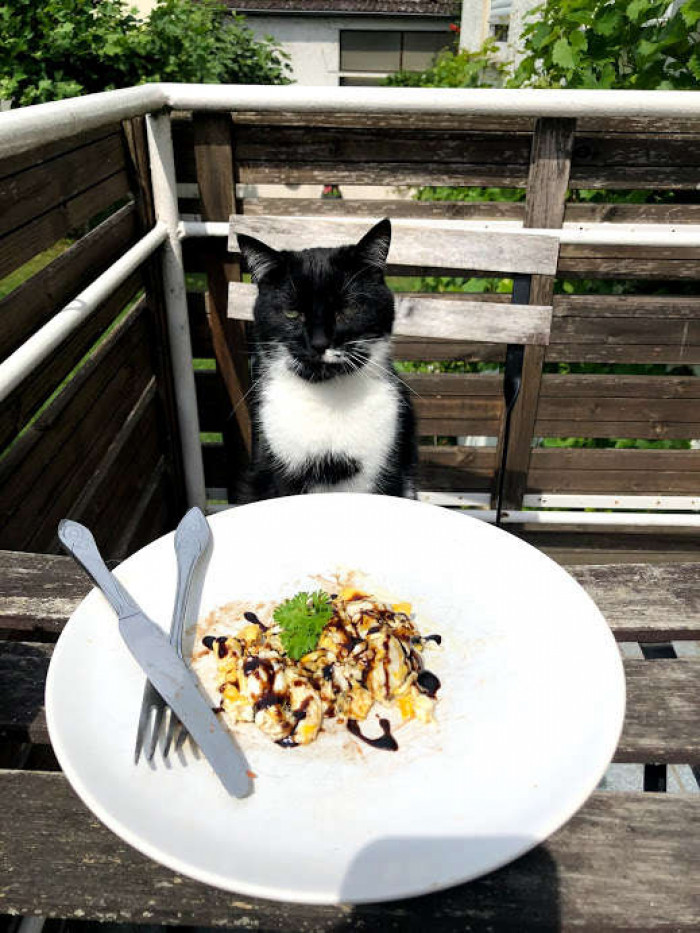 Looking at Lilou, it's hard not to think he belongs there. He thinks so, too. Ever since his first seat-snatching moment of glory he has taken every opportunity possible to steal the seat from his mom the second she gets up. 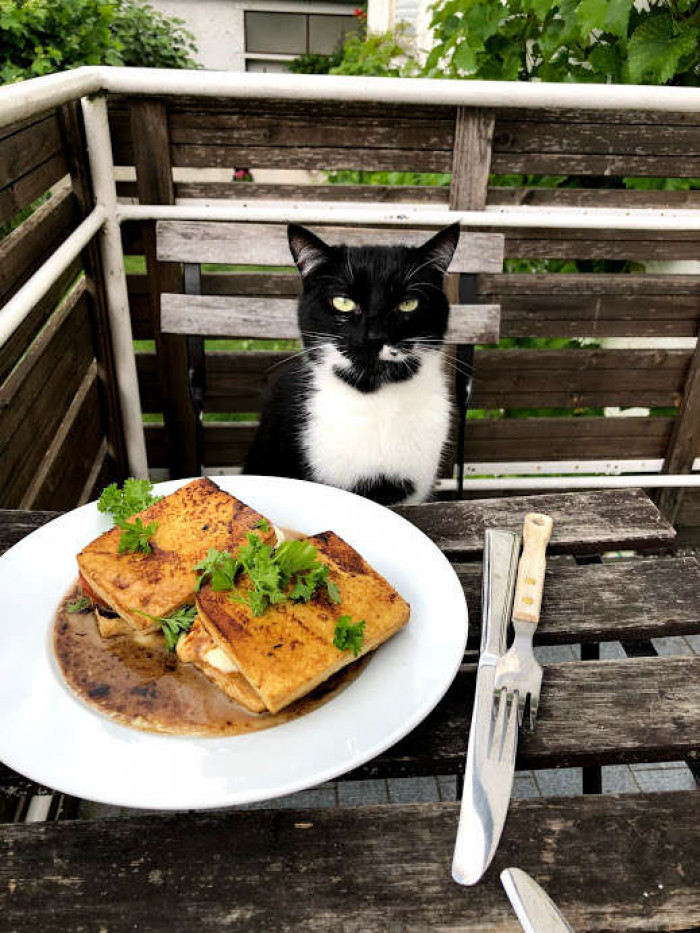 As if adding insult to injury, Lilou also steals her food. 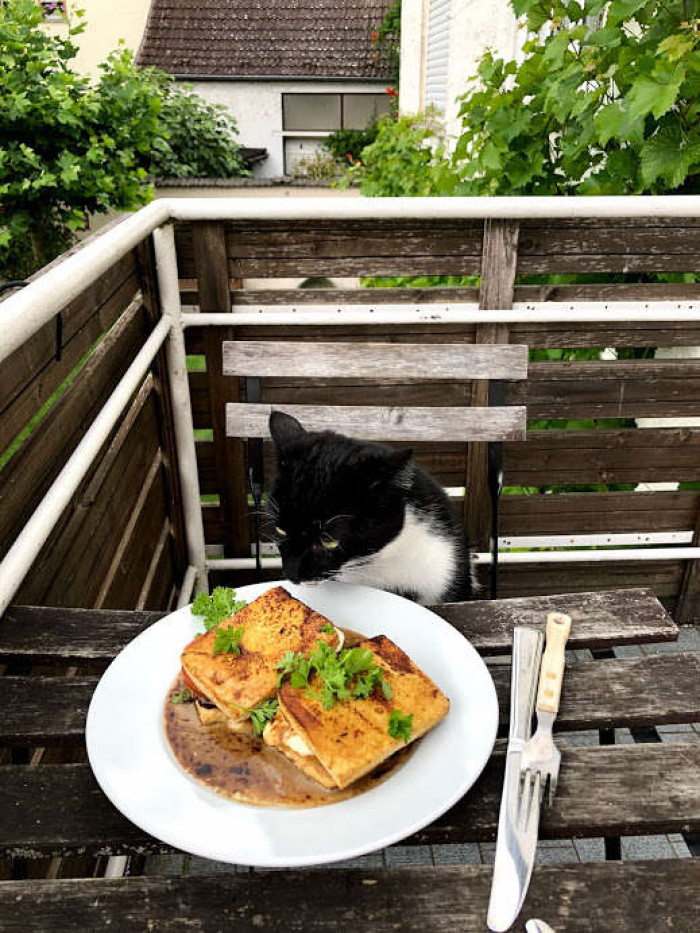 Life with cats must be truly interesting because Phillip Kekrein speaks rather matter-of-fact-like when he talks about life with Lilou: "Chicken and fish is what he likes the most. Out of our three cats, he likes to eat with us the most.” 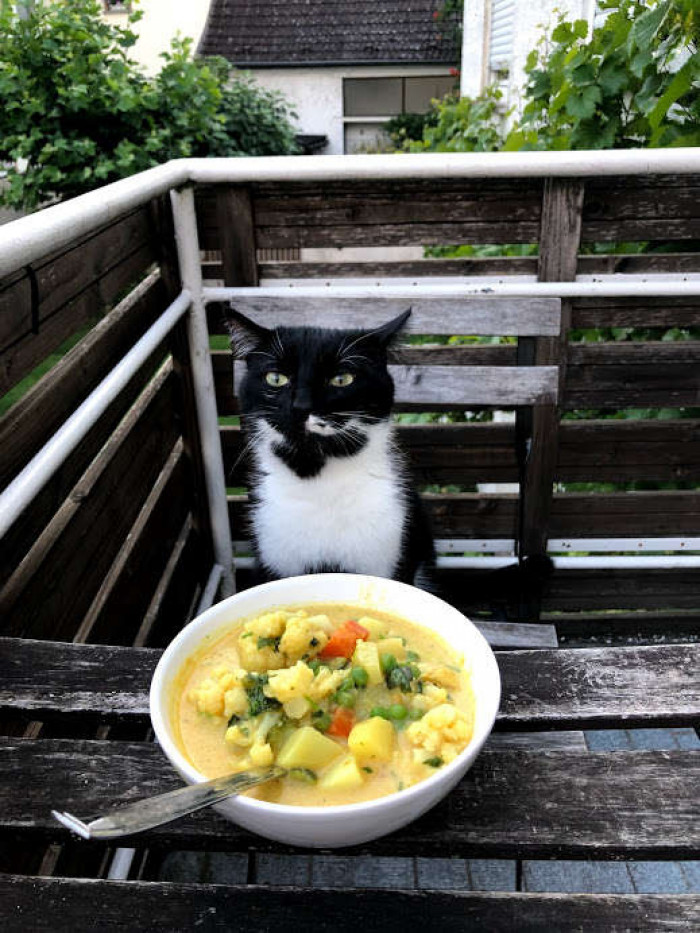 Lilou is a cheeky little fella though because he only tries to steal mama's food when he thinks no one is looking. Naturally, his parents tend to intervene and he doesn't have a lot of successful snack snatching under his belt. Lilou still loves any chance he gets to sit on the balcony, though! 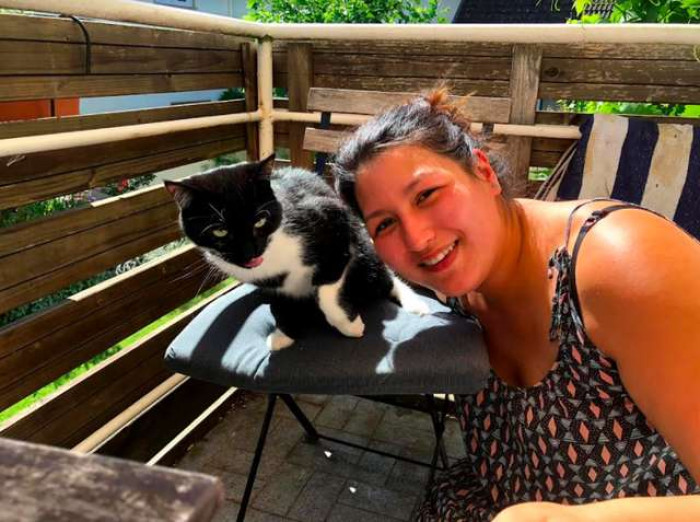