A five-year-old kitty from Arlington, Virginia, was born with a jaw deformity that made her tongue constantly stick out. Her owner Clare Meyer, 26, insists that she is perfectly happy with her cat's current state and that she wouldn't have her any other way.

The cat's name is Pretty Kitty and due to her disability, she can only open her mouth a little bit. Her jaw is formed in a certain way which is why her tongue is always sticking out.

Her owner added that her cat's exposed tongue became more apparent as the years went by and she also admits that it 'never stops being funny'.

Clare confirmed that: 'Every vet we have brought her to says there is no need to try and fix her jaw because she lives a very healthy life.' 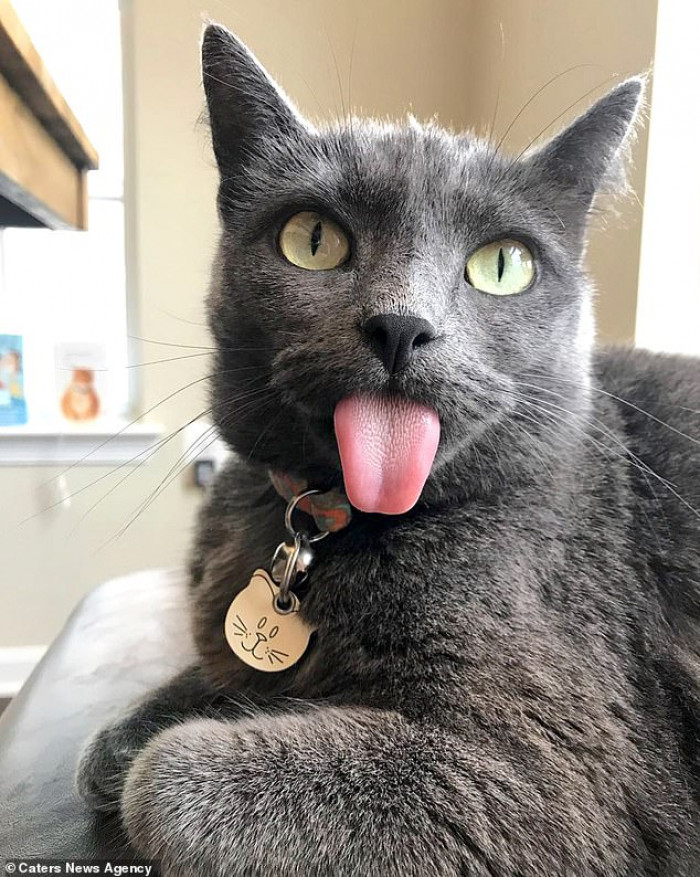 She can only open her mouth a small amount, so naturally, she struggles while eating dry food but she has no problem eating wet food. 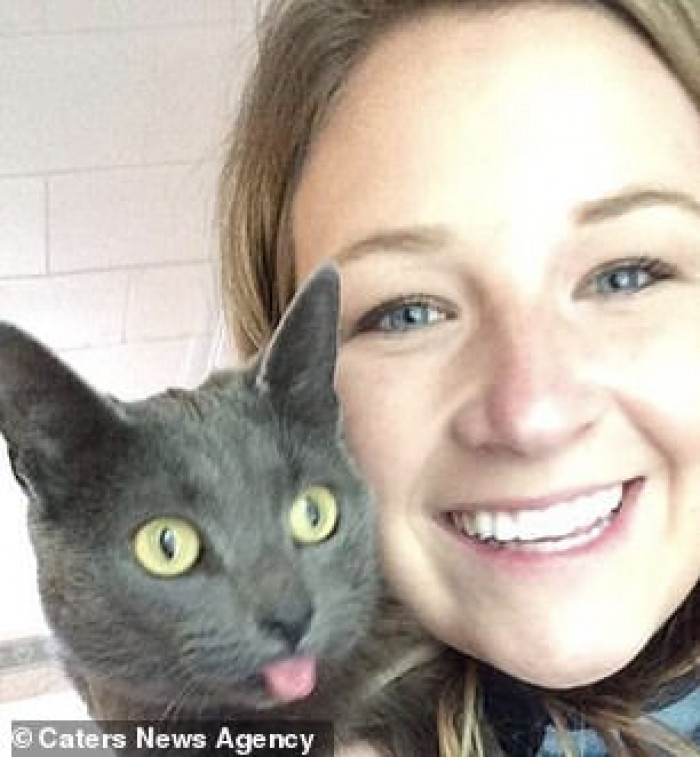 Her owner also confirmed that she is 'the world's messiest eater' since she gets food all over the wall and the space surrounding her bowl. 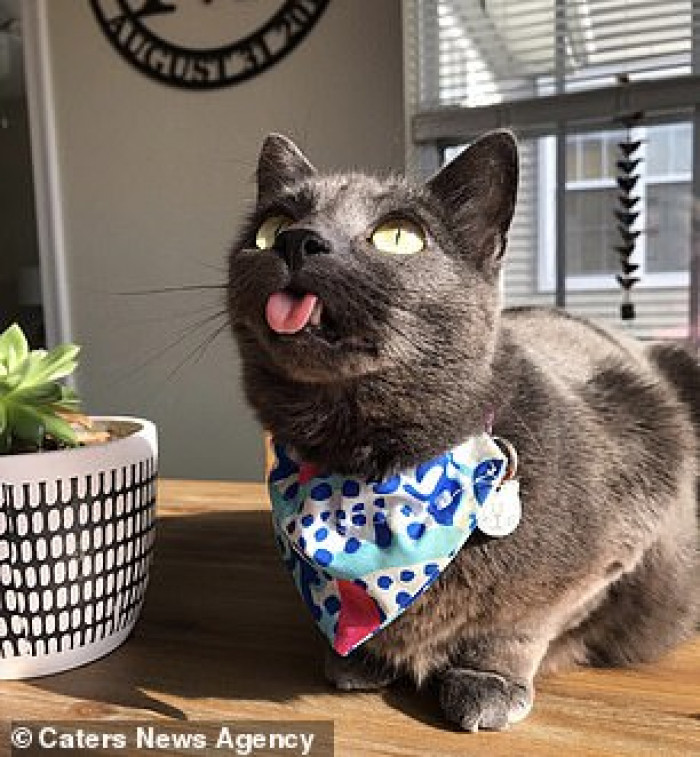 According to vets, Pretty Kitty lives a very healthy life despite her deformity. 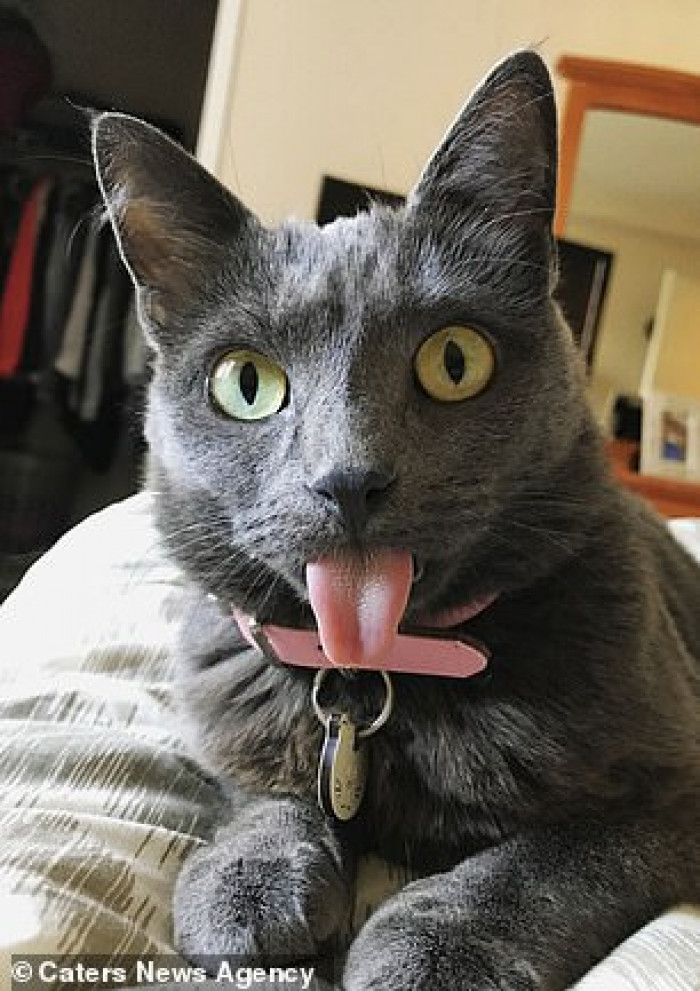 Pretty Kitty is also a super-affectionate cat that enjoys playing around and cuddling with her owners. 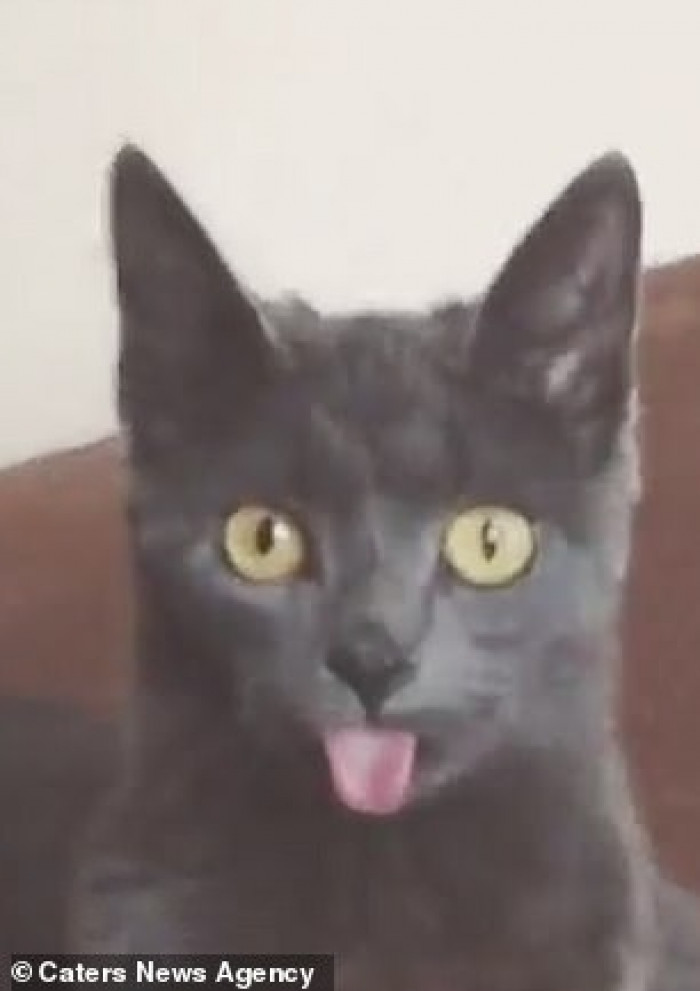 Her owner also added that she 'makes her laugh everyday' and that she would not know 'what to do without her'. 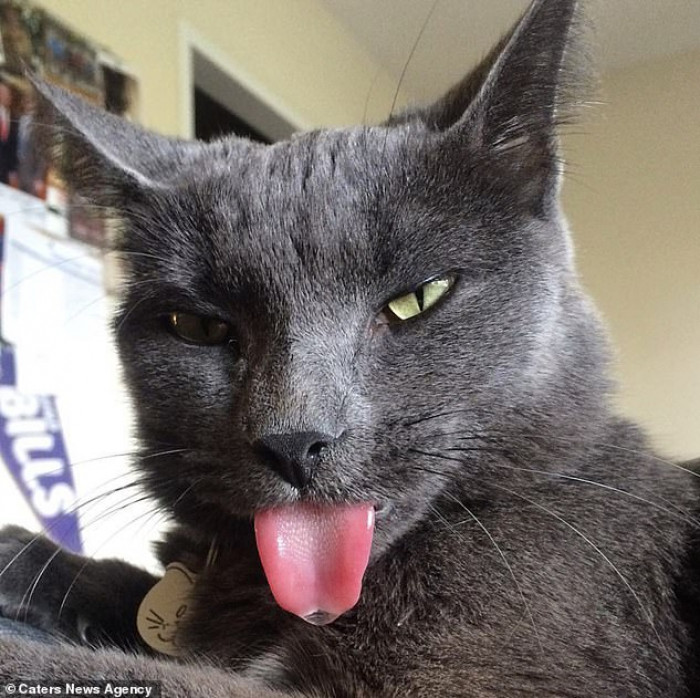 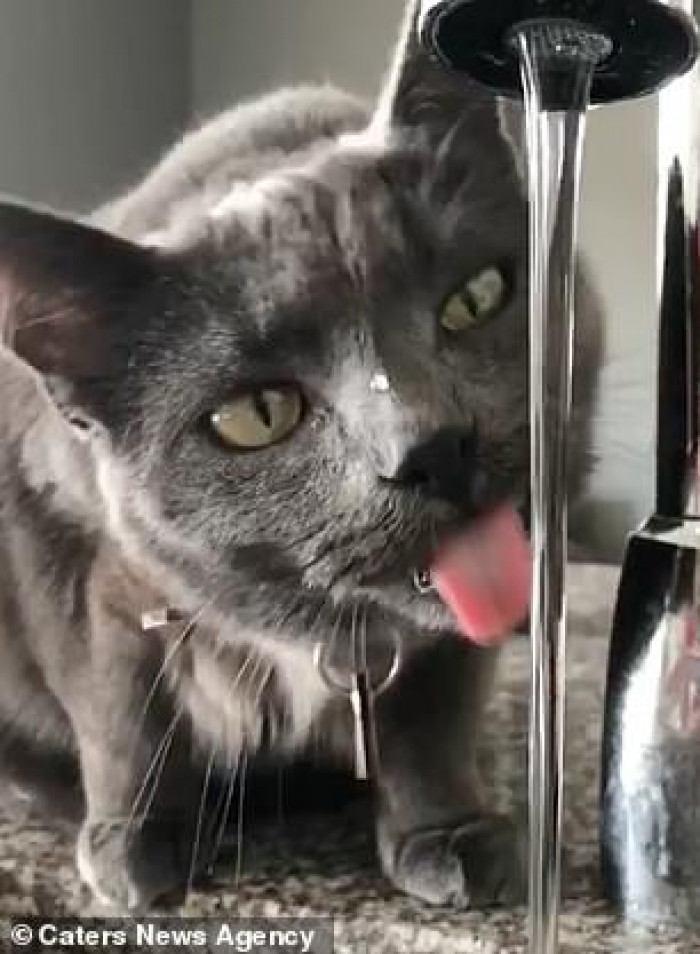 She's also quite energetic and playful especially at 3 AM when her humans are trying to sleep. 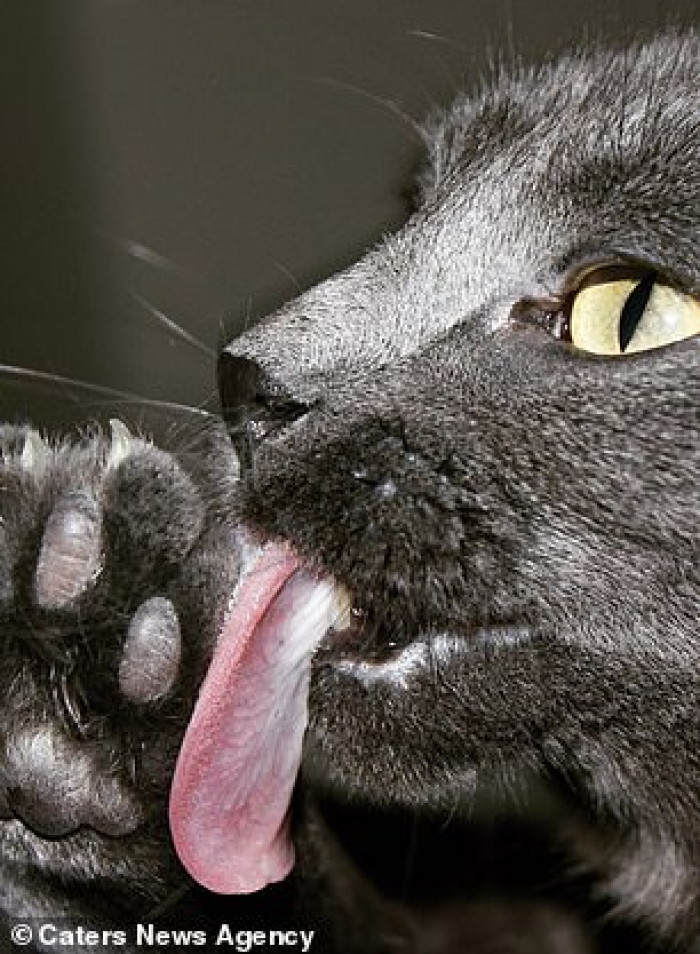 Grooming is such a huge part of her daily life and she's constantly doing it... 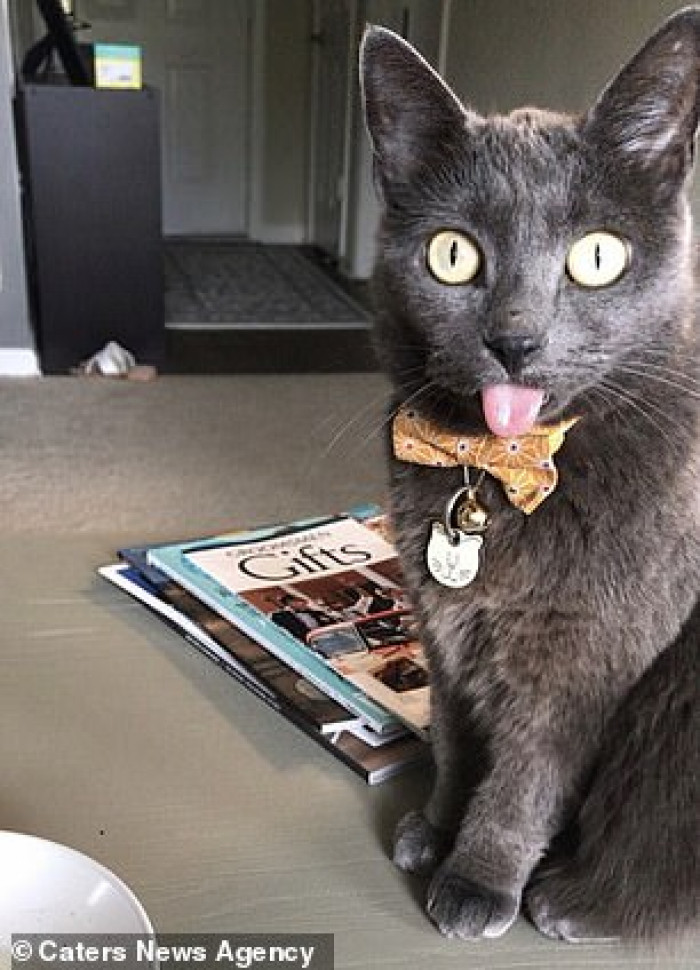 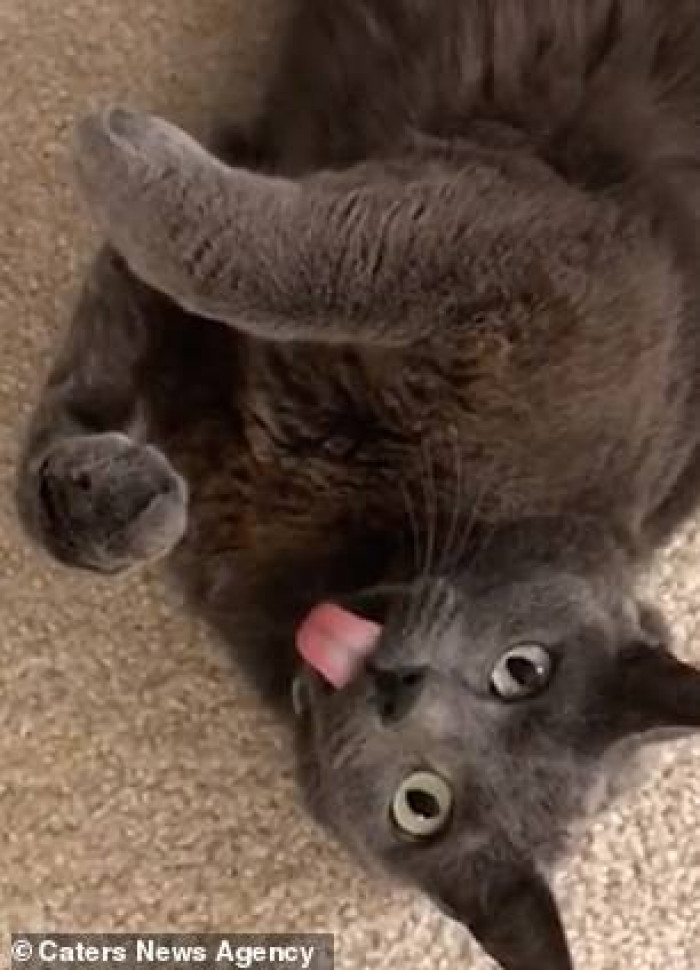 Clare concluded by saying 'I actually don't know what I would do without her, her tongue never ever gets old to us, and she makes us laugh every day.' 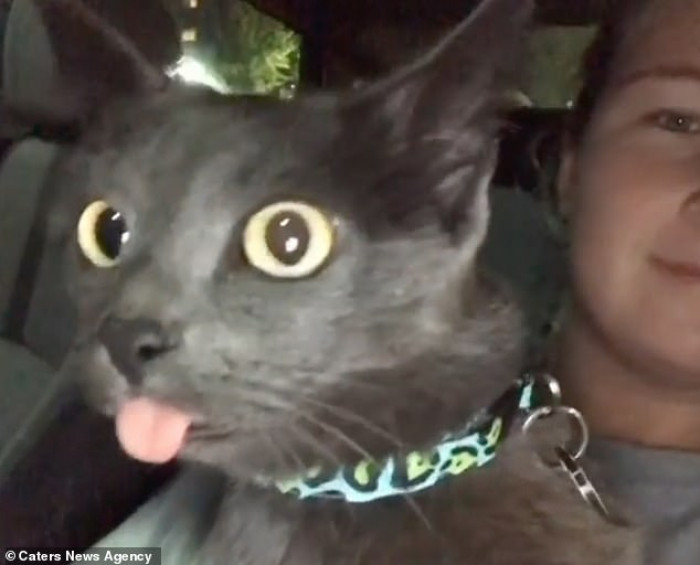 She's such a beautiful kitty 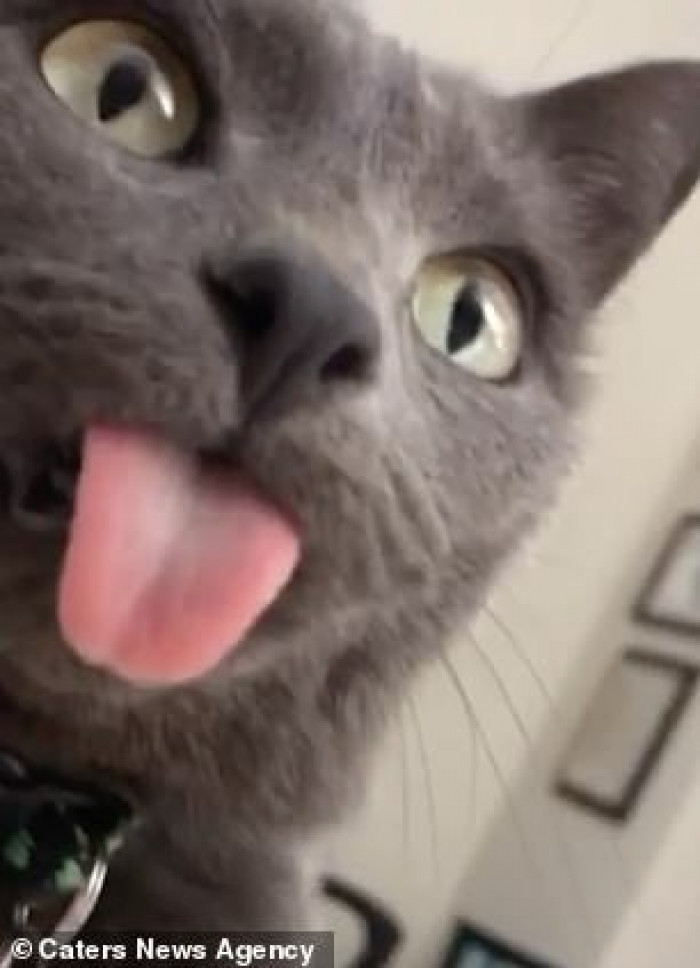 The name 'Pretty Kitty' suits her so well 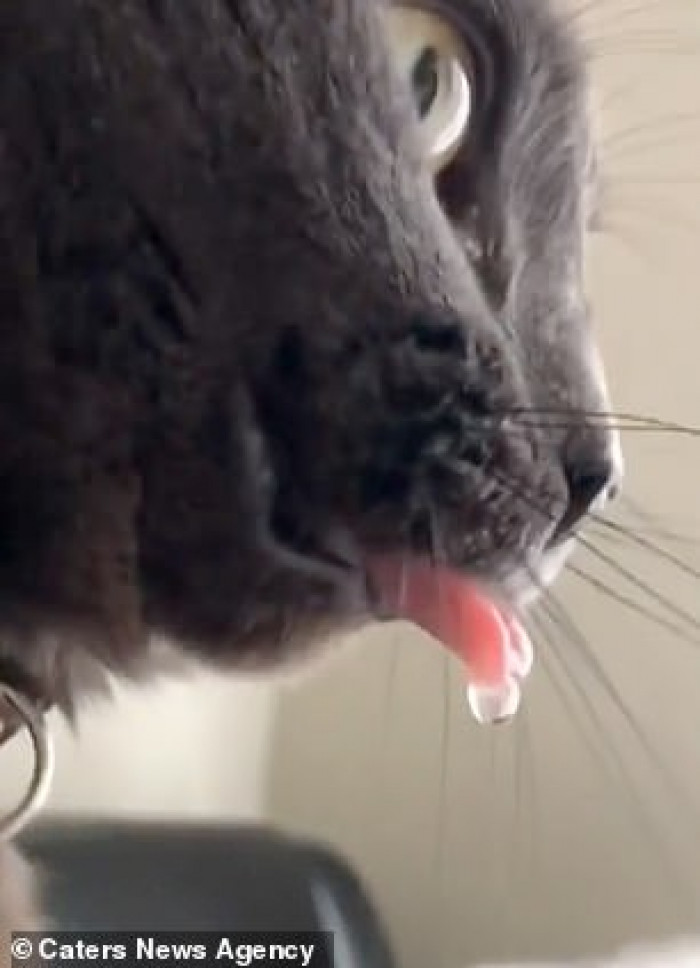 The master groomer doing what she does best 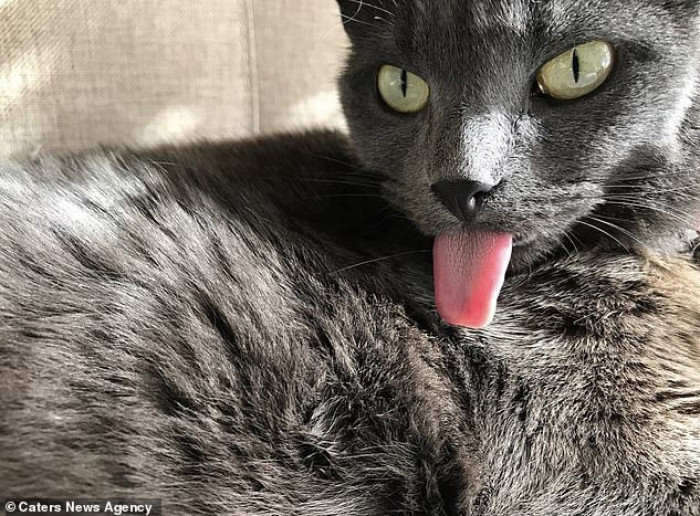 They're so lucky to have each other ❤️ 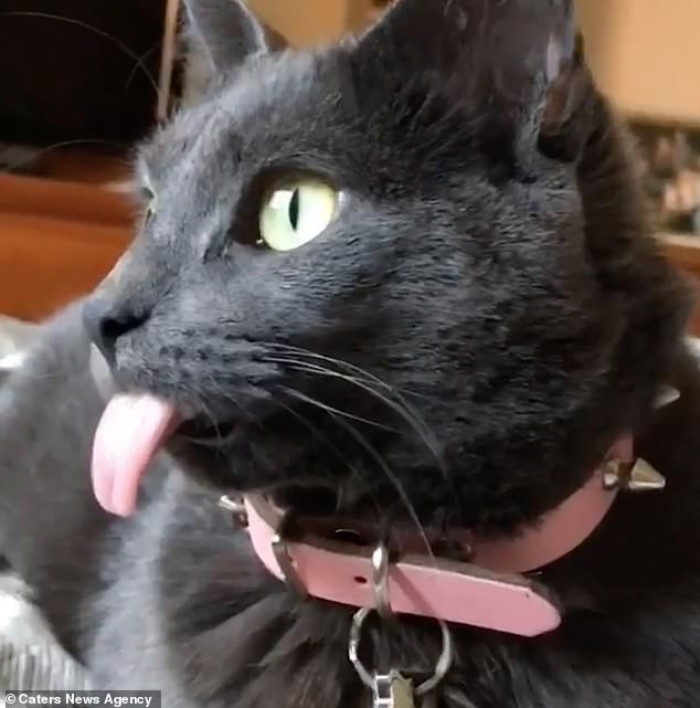