Abandoned Cat With Webbed Feet Finally Finds Someone To Love Her

Abandoning animals happens every day across the globe, and poor pets end up with nowhere to go but shelters or foster homes. The sad truth behind shelter animals is that their color, breed, age, and health can all be major deciding factors in whether they'll ever find a new forever home.

That's why when a little black cat and two of her friends were found abandoned by their owners in Manchester, England, the odds weren't in her favor. The cats had been forced to live on their own for several weeks after their owners moved away, leaving them behind. And for one of the three kitties, Deandra, a little black cat with webbed feet the future was very uncertain...

Luckily for her, the Royal Society for the Prevention of Cruelty to Animals (RSPCA) was there to help!

Little Deandra has a medical condition which caused her toes to not separate properly, giving her wedded toes! This makes her paws look almost like a birds foot.

Her story went out over the Manchester Evening News and citizen Michael Casemore knew that this special little cat was the pet for him. 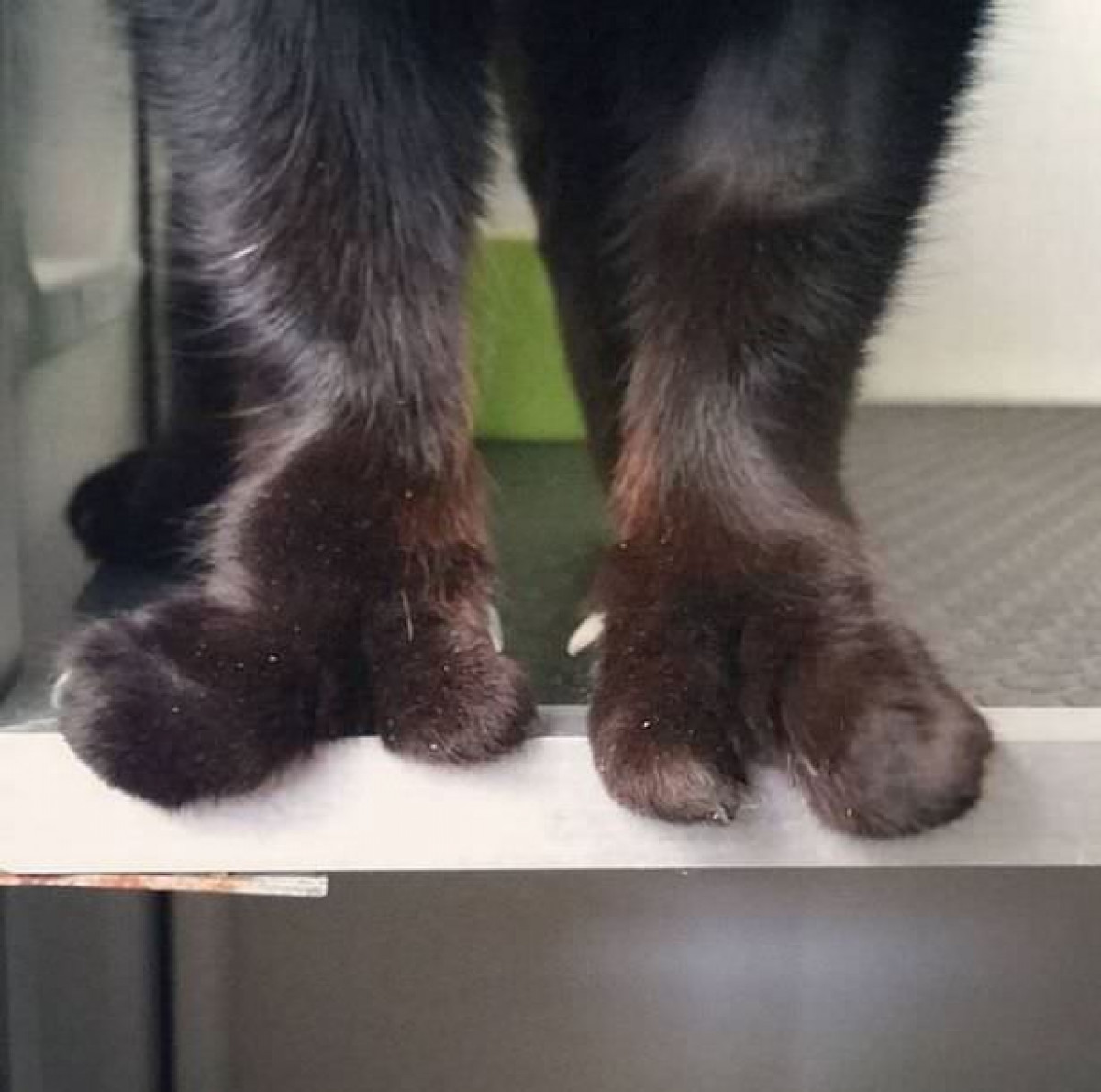 All she wants is some love...

Michael said in an interview:

“She was a bit shy at first but she’s started going out now. She’s doing great and everyone that meets her loves her. I like black cats anyway and then I saw her appeal and she’s a bit different.

She was very affectionate when I went to visit although she did look quite content in her cat pod. I knew she had already been there a long time so I just had to take her.” 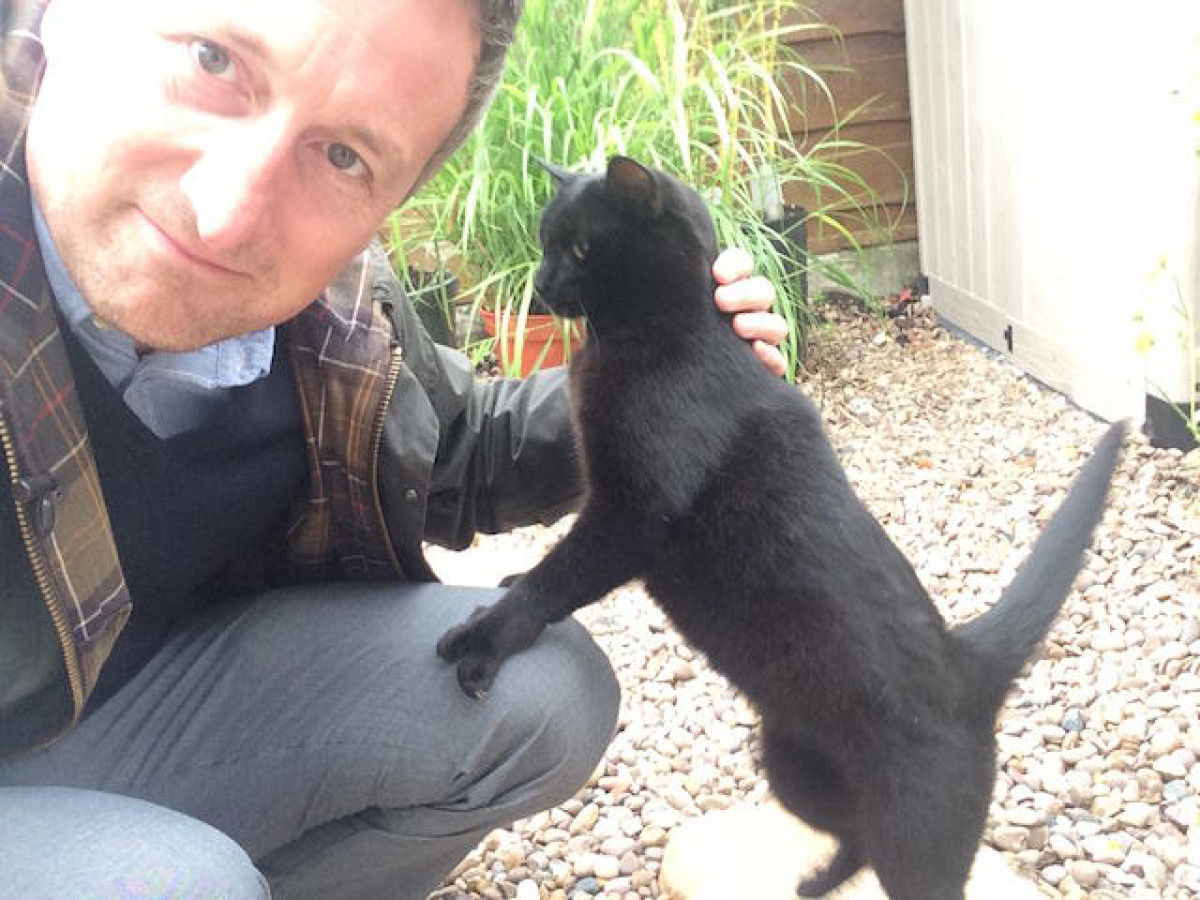 The RSPCA let them take her favorite toy home from the Shelter on the day of her adoption. Michael said:

“She always plays with it on the laminate flooring in the kitchen and she just glides around so easily. She tries to catch it and she’s very quick when she slides around and darts after it, usually underneath the kitchen table.

She’s quite a character actually. She’s calm and cool with other cats but has made a few friends in the area and she has the cutest squeaky meow. I don’t think her webbed toes slow her down but she can be a little bit clumsy sometimes. I don’t know if it’s her paws or if it’s just her way.”

And now she has a home that will love her forever! 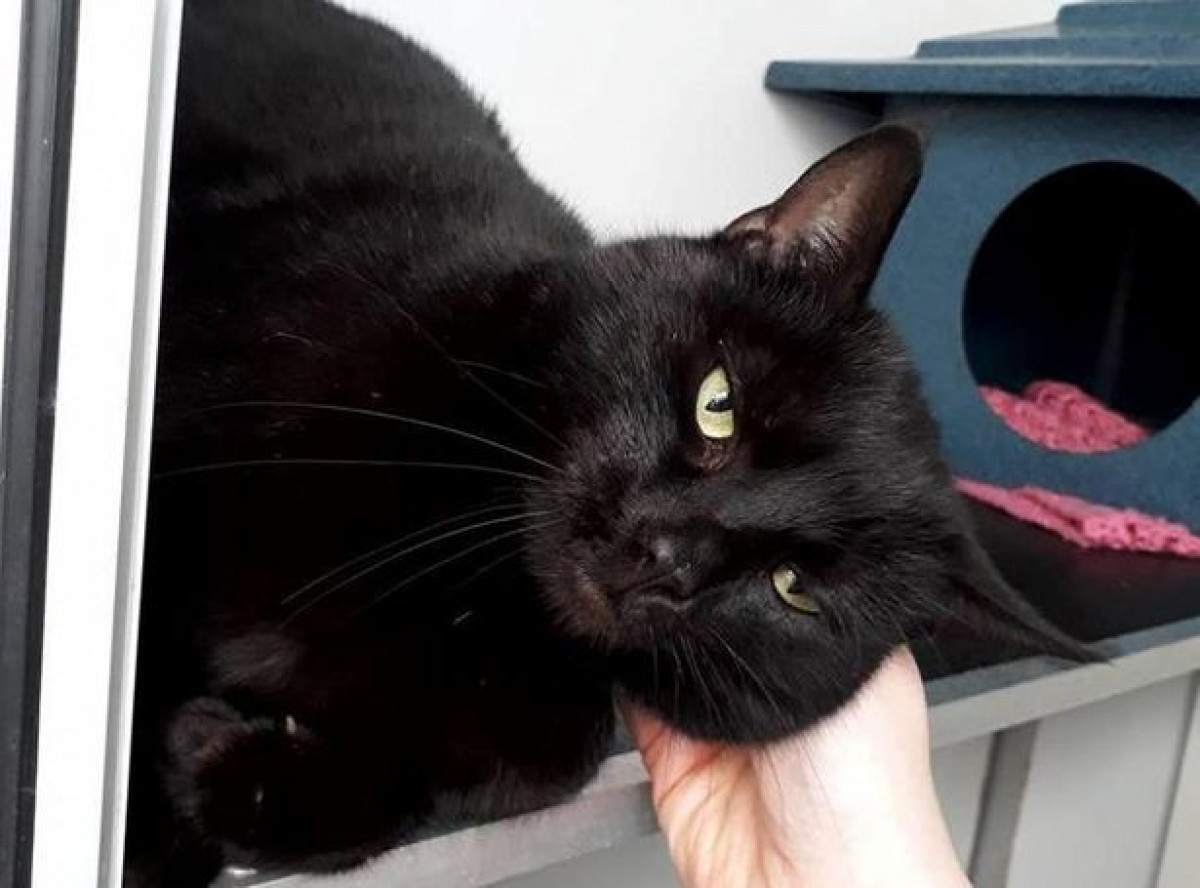