Bruce Willis, the tabby cat, looks a lot older than his estimated age of six years. He has many scars and is battered from defending himself from other animals. He has broken teeth, injuries to his eyes and one ear, and he carries the FIV (Feline Immunodeficiency Virus).

Bruce Willis, or Mr. Willis as he's affectionately called, has been through the wars. But despite everything, he has managed to find a happy ending.

Mr. Willis has found his forever home with a lovely human, who would do anything to keep him safe. That includes going to great lengths to convince her landlord to make an exception to the 'no-pet' policy on her apartment.

Mr. Willis’ battered appearance is due to his spending many years on the streets, fighting to survive.

Although it is unknown exactly how long Mr. Willis spent living as a stray, he was in very bad shape when he arrived at the Animal Humane Society in Minnesota.

He was in desperate need of veterinary care, but despite all of his injuries and pain, he soon became known for being one of the sweetest and most friendly cats in the shelter. 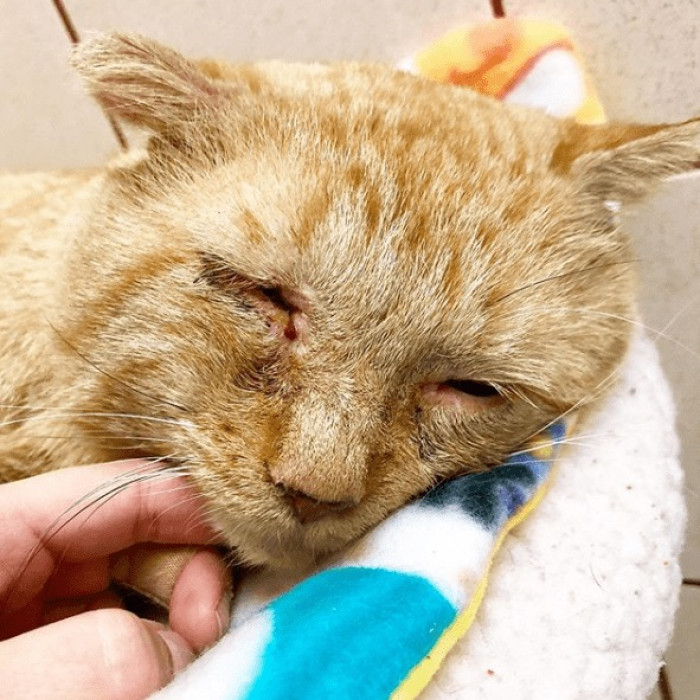 The shelter wrote on their Facebook page, "Bruce is the sweetest and most affectionate boy around. All cheeks and love, he will brighten every day you spend with him."

Mr. Willis would beg for cuddles and start to purr loudly whenever anyone came near him. He loved the attention, and the staff at the shelter knew he needed to go to a home full of love.

The only problem was, the way he looked made it harder to find people interested in adopting him. So, the shelter began sharing his pictures and story online in the hope of finding the right person for Mr. Willis. 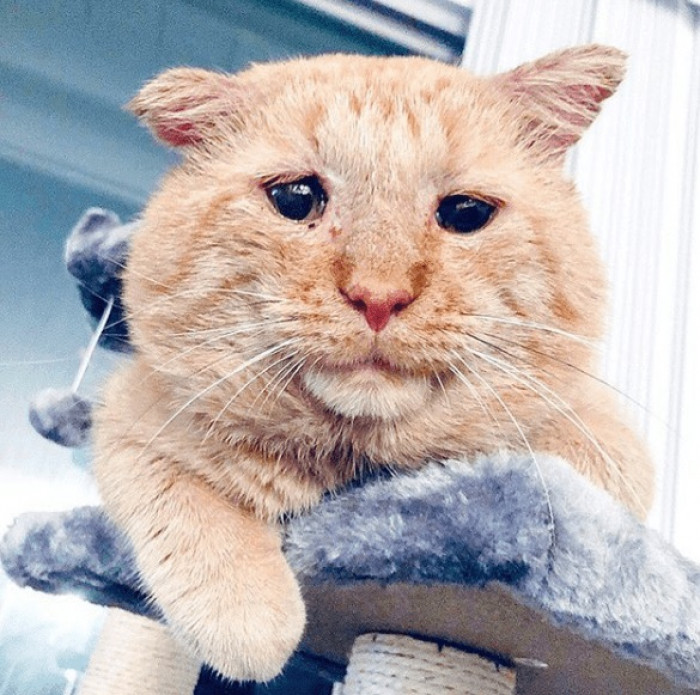 Sandra saw the shelter's post about Mr. Willis on Facebook, and although her apartment had a strict 'no-pets' policy, she immediately felt drawn to him. "When I saw his picture, it just spoke to my heart," she said.

Of course, when Sandra went to meet Mr. Willis at the shelter, he made an impression on her she couldn't refuse. He purred as he cuddled her and looked up at Sandra lovingly with his sad eyes. But Sandra couldn't stop thinking about her landlord's policy, so she walked away feeling heartbroken.

Sandra checked the shelter's website every day for updates on Mr. Willis. One day, she read that he was unwell with an upper respiratory infection, and she decided to go and visit him.

Mr. Willis was as sweet and loving as always, and Sandra was more in love with him than ever.

She went back to visit him multiple times, and each time he would greet her with love and affection.

After a month, Sandra was convinced that she and Mr. Willis were meant to be together. And with no other potential adopters, she couldn't bear to leave him at the shelter any longer.

So Sandra decided it was time to talk to her landlord. She sent a photo of Mr. Willis and explained his situation. 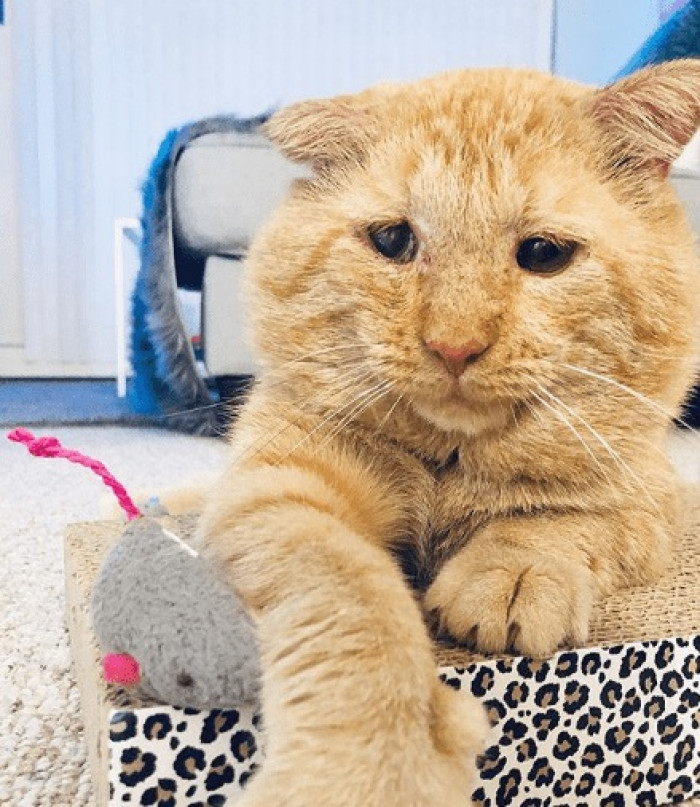 It took some persuading, but Sandra's plan worked! Her landlord agreed that Mr. Willis was indeed worth bending the rules for.

Sandra and Mr. Willis were a family at last!

Sandra says Mr. Willis spent his entire first night in his new home, cuddling with her and purring as if he had lived there his whole life. She says he follows her everywhere, and every time she sits down, he jumps on her lap.

Mr. Willis finally has the good life filled with love that he deserves! 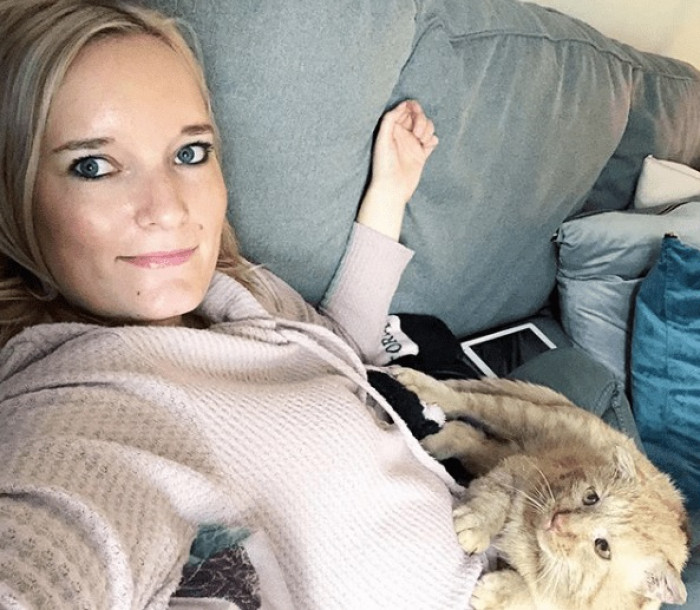 We are so happy for you, Mr. Willis!