Cats Like Headbutts, But Most People Don't Know What It Actually Means And Why We Do It Back To Them

The scenario where a cat jumps in your lap, and instead of snuggling, she bumps her head against your cheek, chin, or forehead is very familiar to all cat owners. Sometimes it’s a quick rub, but sometimes it is so hard it can actually hurt. This play only takes a couple of seconds, and then she gets back to purring in your lap. So, what’s going on there?

Anyway, we are talking about cats, so here is an explanation of why do cats headbutt. 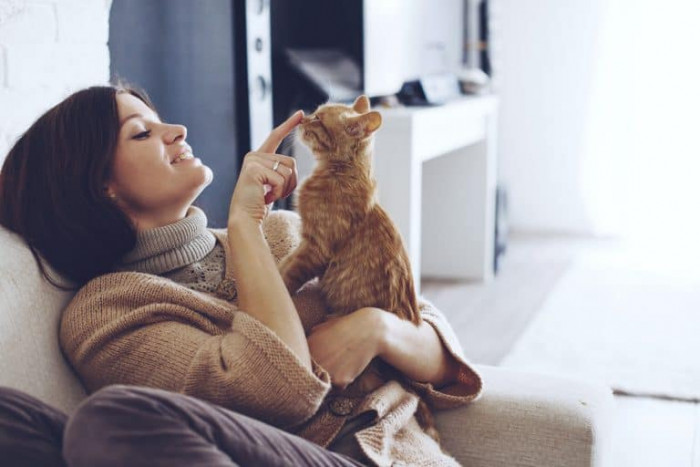 To be precise, the headbutt is actually called head bunting, and it is an act related to social bonding. Even big cats do it; lions, for instance, like to headbutt their pride members as a way of establishing and maintaining their family dynamic. A cat behaviorist Pam Johnson-Bennet says that placing their head so close to another is a sign of confidence and openness. 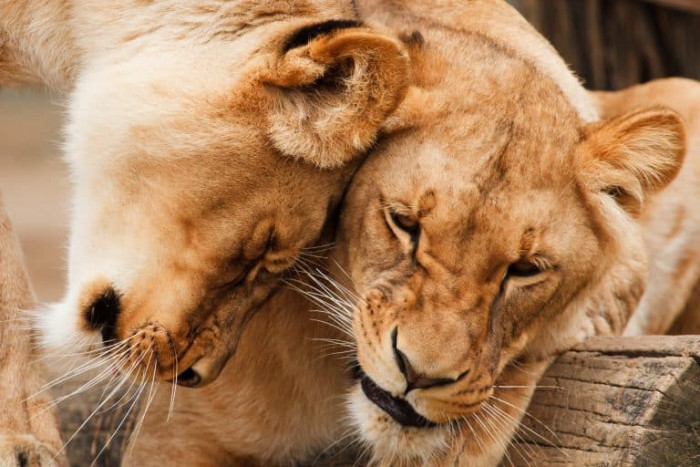 It is also a way that cats mark and exchange scents. The scent glands are scattered all over their bodies. If they brush their head on another cat, they build a group scent that implies a tight bond.

Why do cats headbutt furniture?

Headbutts imply friendliness and close bond. But what about the furniture headbutts?

Some behaviorists say headbutting a nonliving object can be a cat’s way of acknowledging that object’s closeness. Still, it’s much more plausible that it has to do with scents and territory. Felines use the scent glands on their cheeks to mark their region. It informs the animals that territory has previously been claimed.

Keep in mind that headbutting is not the same as head pressing. If a cat is continuously pressing their head against hard objects, it could imply some severe neurological disorder. 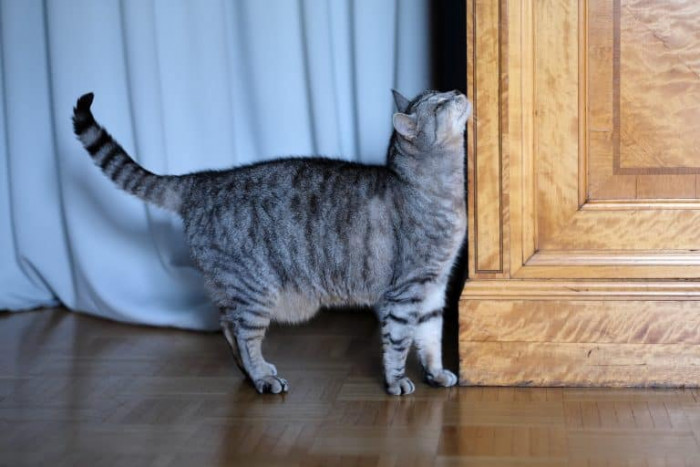 Cats that are headbutting humans are driven by the same motives as headbutting animals or furniture. They are expressing closeness and using scent as a marker. When she marks you with her smell, she will feel safer around you.

Some very social cats may headbutt anyone they meet. Still, for most of them, it's reserved just for the people, animals, and objects that they consider friendly and their own.

Sometimes it's just her way to get your attention. It's a way to ensure that you can't ignore her.

If your cat enjoys headbutts, you can try out your own headbutt. It should be slow and gentle, and you should observe how your cat reacts. She will probably return the gesture and headbutt you back.

Even though we don’t speak the same language, there is one universal that we all can understand, and that is body language. You and your cat can use it to become even closer.