Minnesota based illustrator and character designer Ben Hed is no stranger to humorous pet comics. He's been making his way through the Internet for awhile with his amusing anecdotes regarding animals!

I’ve been drawing goofy little comics for as long as I can remember. My comic ideas seem to gravitate towards animals... I live in a house with 3 dogs, 2 cats, 15 chickens, and 5 goats… so that might have something to do with it.

His latest comic taking the Internet by storm depicts a cat's reaction to barking dogs and it has us all rolling with laughter. Especially if you love cats!

If you've ever spend a few minutes around a dog then you know how easily a situation can start with perky ears and wide eyes.

If you've ever seen a cat nearby when this happens... well then this comic is really going to leave you giggling. 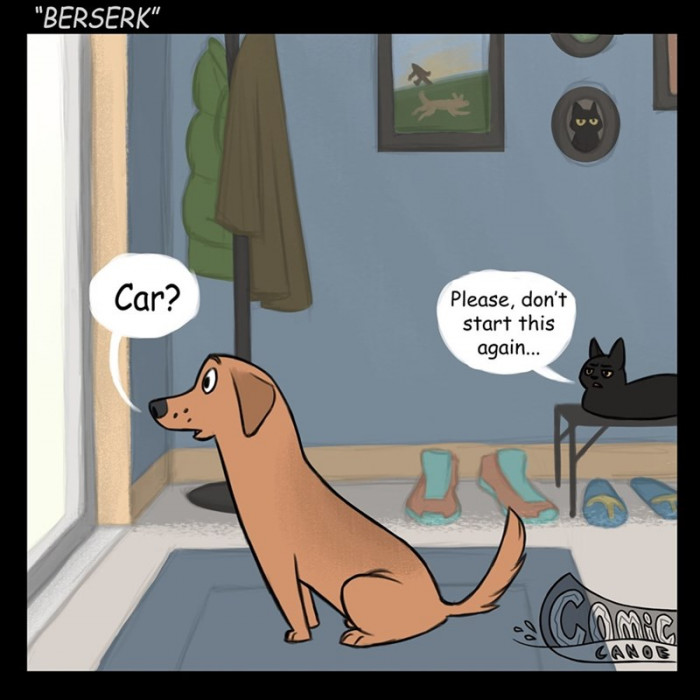 All of a sudden, the situation has gotten intense and the cat... she's panicking. 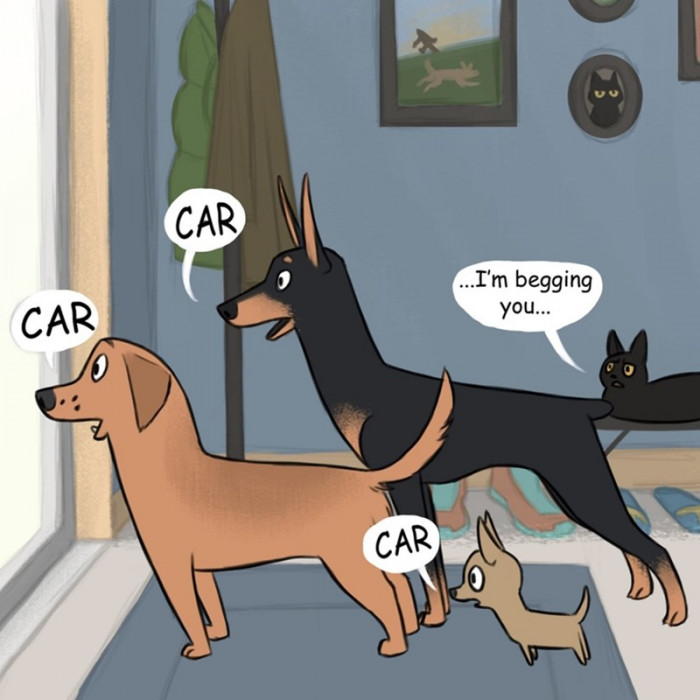 Just look at this cat. 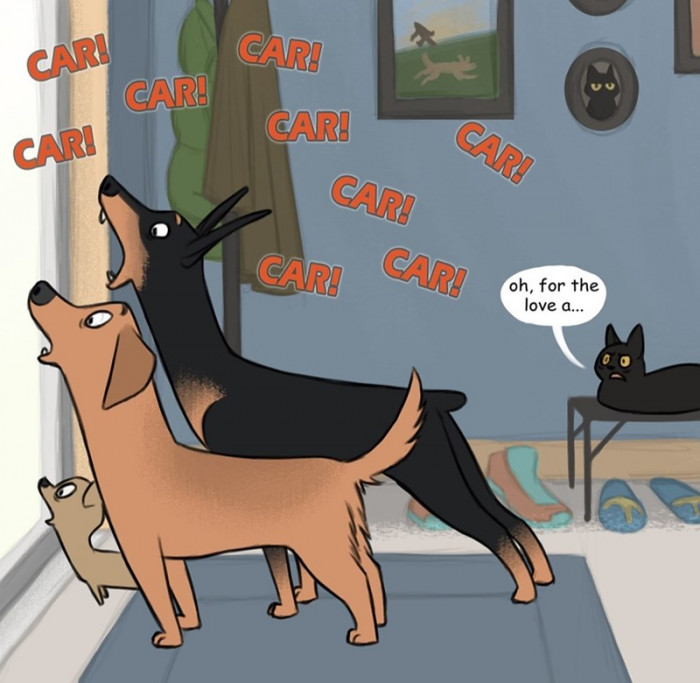 Kitty brings down the iron fist of rational rage! 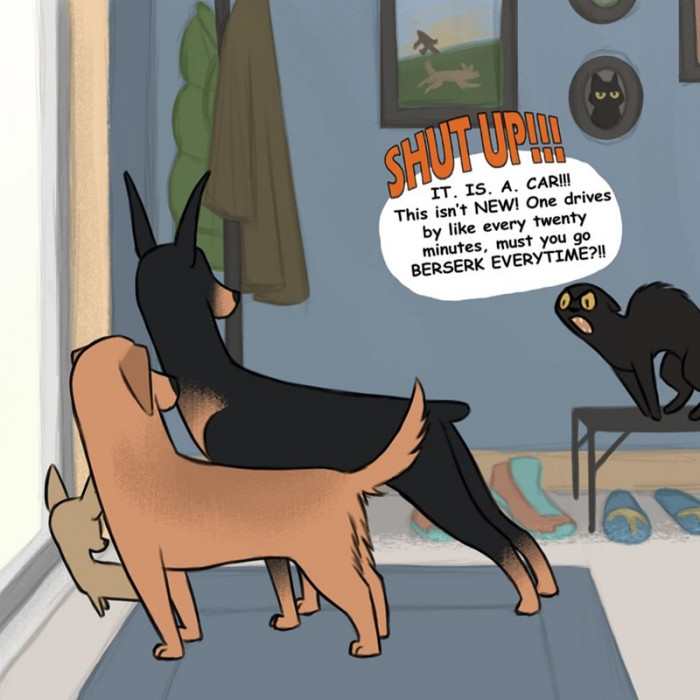 But do the dogs listen? 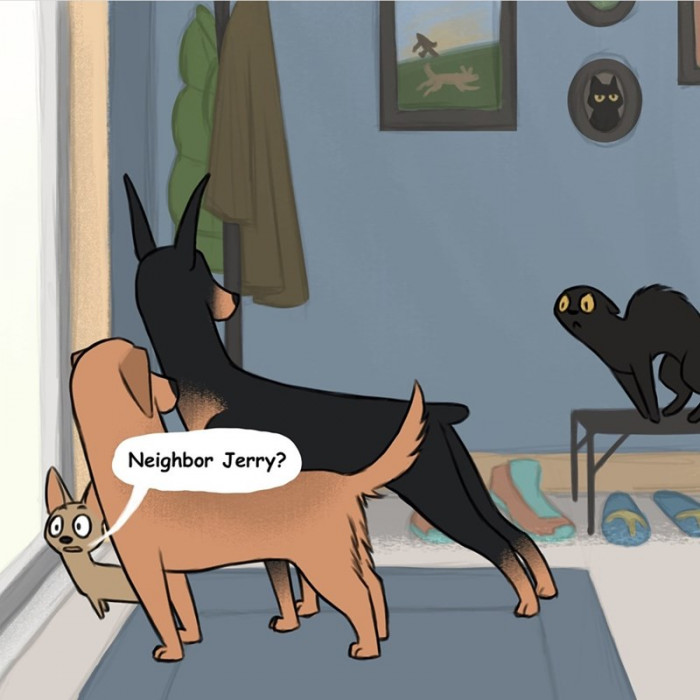 That's one annoyed cat, isn't it? 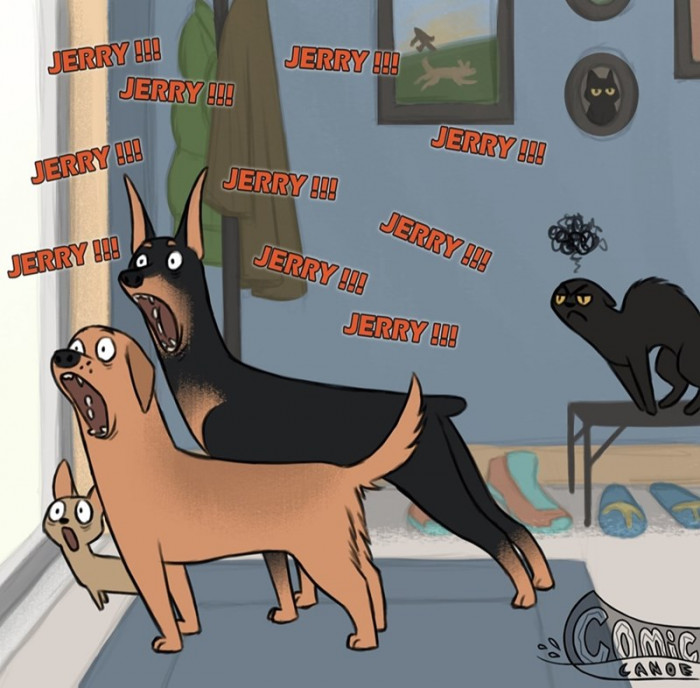 I am going to guess that with Ben's ability to nail the personality clashes of dogs and cats with talent and wit that he has a lucrative illustration career ahead of him. If you can't get enough, check out his popular comic Pet Foolery.