Cats have some habits that are not quite understandable but are incredibly funny.

Stuffing themselves into small spaces is one of the favorite activities for cats. A drawer, cardboard box, or a laundry basket look so tempting to them. Of course, it is frustrating when they choose such places to take a nap over a special custom-made bed that you have paid dearly.

There is no conclusive explanation for this obsession, but there is a theory that cats love them so much because it is a stress-reducing activity to them. Back in 2014, researchers from the University in Utrecht conducted a study in order to verify this theory. 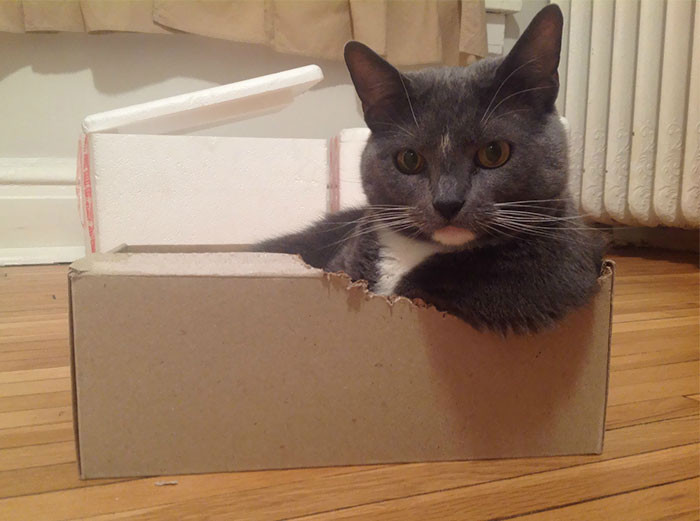 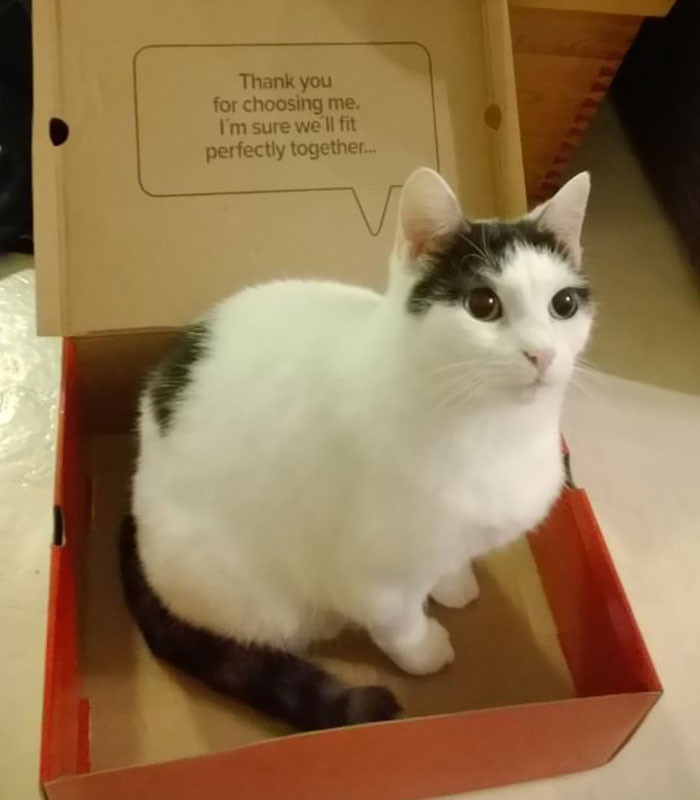 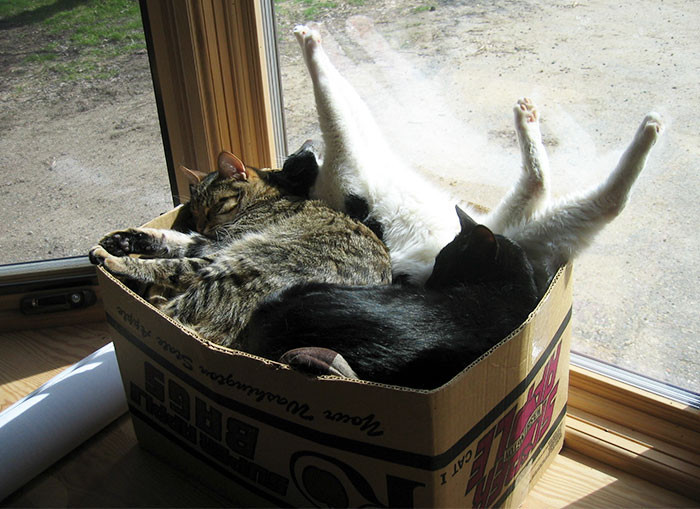 The study involved cats from a Dutch shelter, 19 of them in total. 10 cats had a box with them.

The research result came out as expected – stress levels go down when cats are laying in boxes. 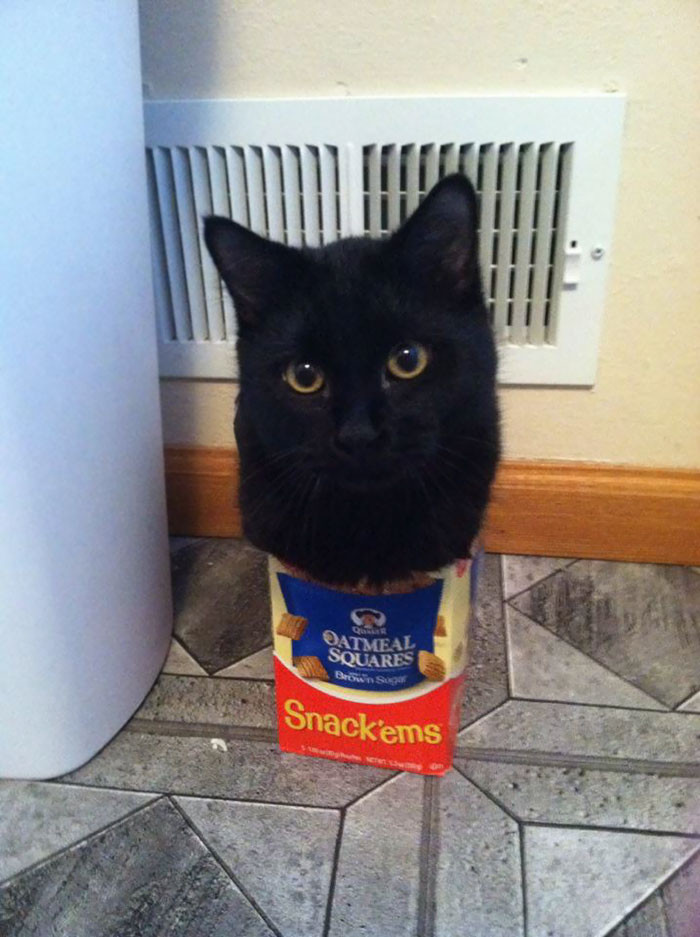 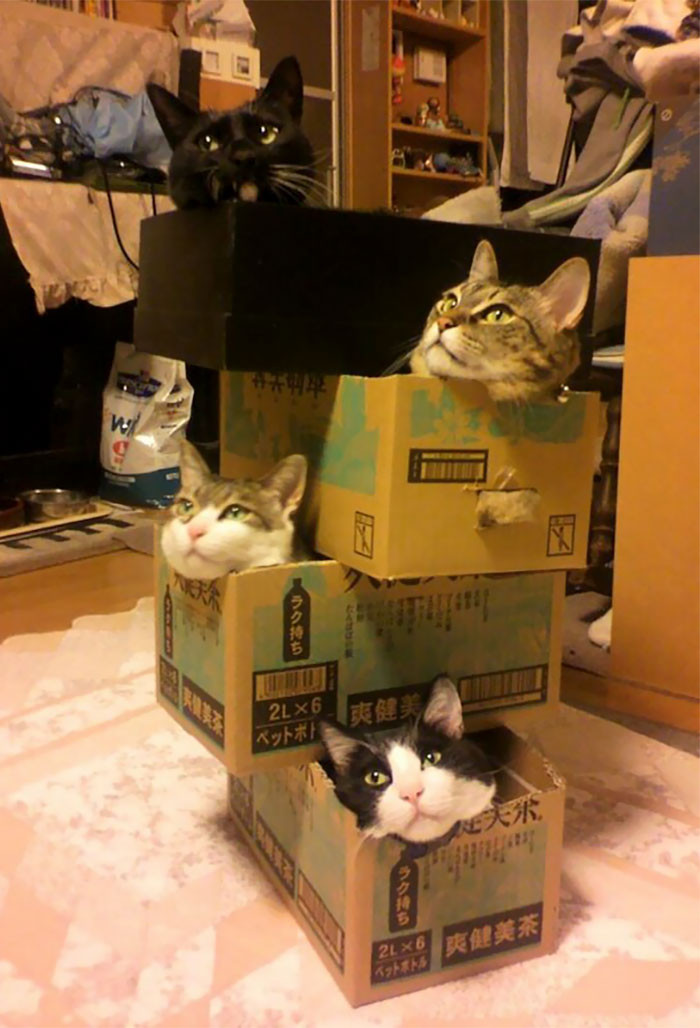 The scientists confirmed in their report: “Stressful experiences can have a major impact on the cats’ welfare and may cause higher incidences of infectious diseases in the shelters due to raised cortisol levels causing immunodeficiency. Though several studies showed a preference for hiding places and stress-reducing effects of hiding boxes on cats in combined studies, none of these studies determined if proper hiding enrichment would be effective in a quarantine cattery.” 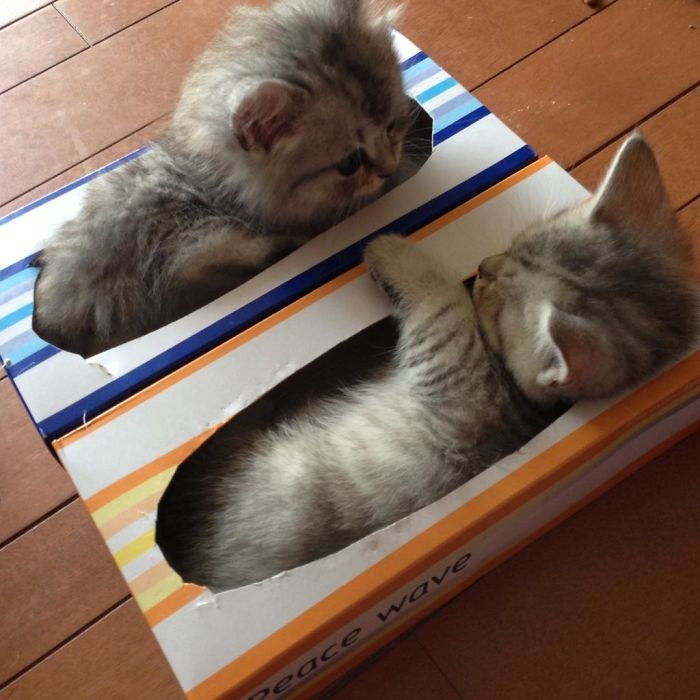 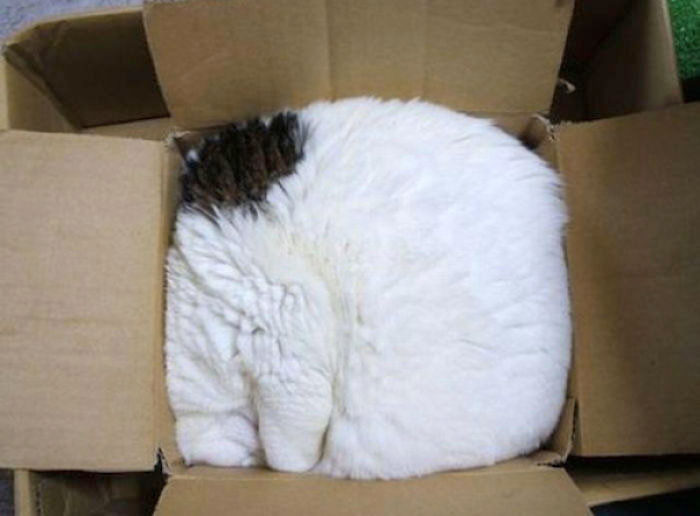 The researchers used the Kessler and Turner Cat-Stress Score (CSS) to measure the results. Shortly after the initial measurements, a difference between the cats that had boxes and those without them was obvious. The cats that were provided with boxes had lower stress levels than the other group. After a few weeks, the measurement showed the same CSS levels in both groups. 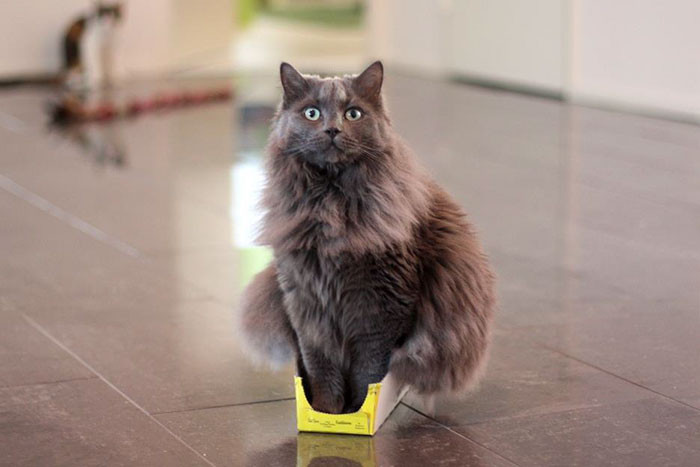 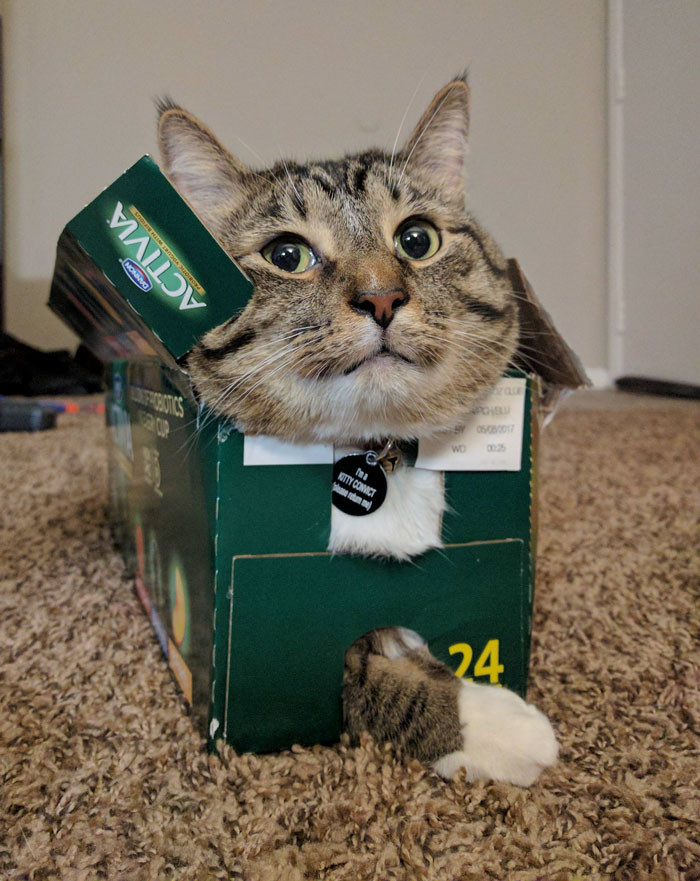 The researchers concluded: “The hiding box appears to be an important enrichment for the cat to cope effectively with stressors in a new shelter environment the first weeks after arrival.” Scientists indicated that further study is required to find out how would house cats respond, and a correlation between possible outbreaks of infectious diseases and the boxes.

If you have some photos of cats in boxes, we would be happy to see them in the comment section.