When Simon Met Theo: A Love Story Between Two Cats

Before Simon laid eyes on Theo, he was never much interested in making friends or being social. As a resident of the Crumbs & Whiskers cat cafe in Los Angeles, he had always opted to keep to himself according to his human, Mackenzie Coffman.

"He's definitely used to other animals," Mackenzie said, "but never really played with the other cats in the cafe."

But when Simon spotted his neighbor across the street one day, all of that changed.

"I was in bed, and I woke up to Simon whining at the window," Coffman said. "I looked up and to my surprise saw a cat sitting in my neighbor's window. I've lived in this apartment for two years and have never seen their cat."

It was pretty clear that Simon was smitten with his feline neighbor. 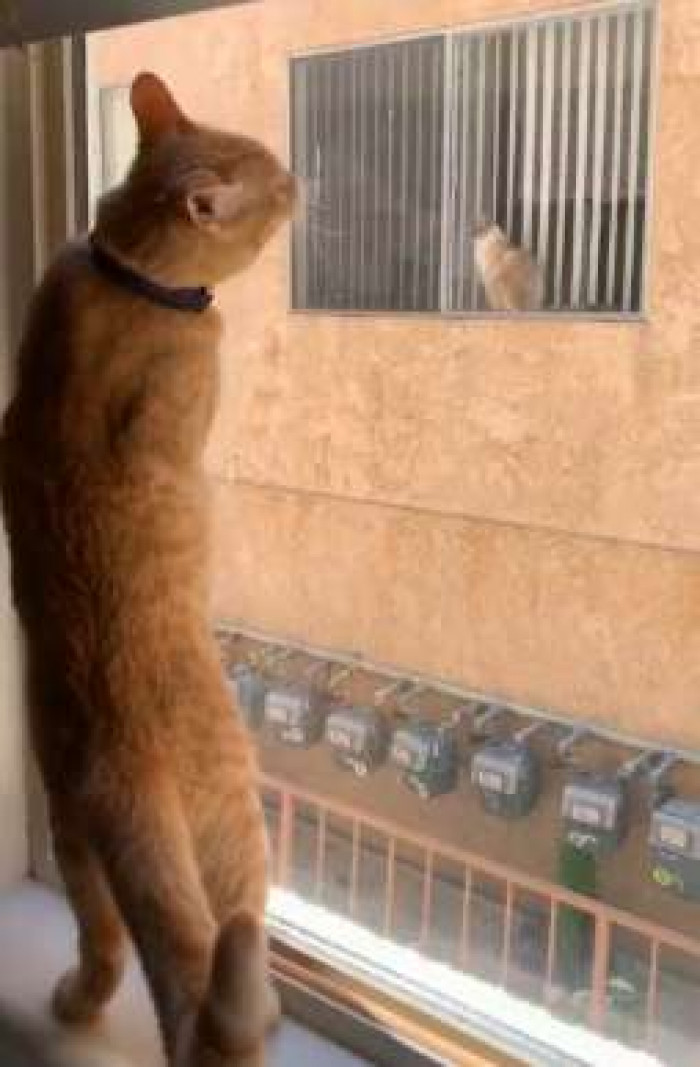 “The other cat never really looked at Simon or paid attention to him,” Mackenzie said. “So Simon would jump up and down in the windowsill to try to get his attention.”

So, Mackenzie decided it was time to step in as wingman and help poor Simon out. 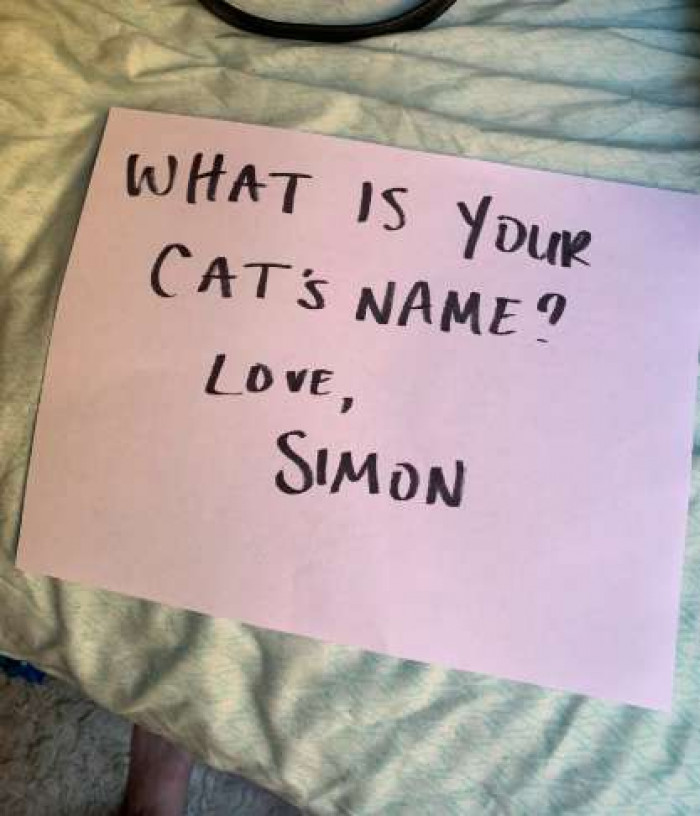 Taking inspiration from Taylor Swift's 'You Belong With Me' video, Mackenzie taped a cute sign to her window on Simon's behalf. Not long after, the neighbor's responded with their own sign. 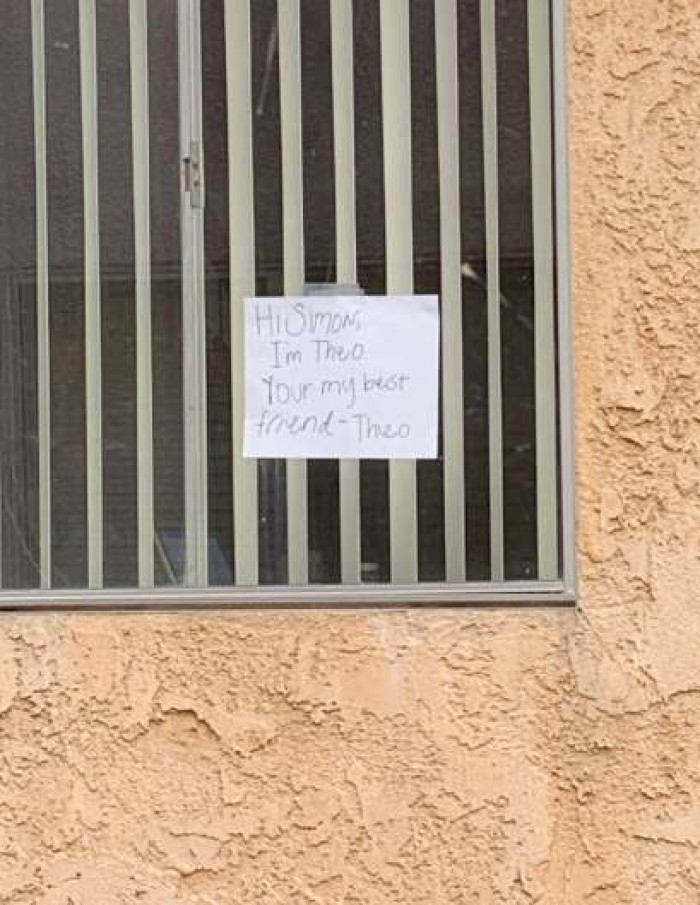 “They opened the window, introduced themselves, and I told them that Simon always waits for Theo,” Coffman said. “They said they always see Simon but didn't know what to call him so they've been calling him Chester.” 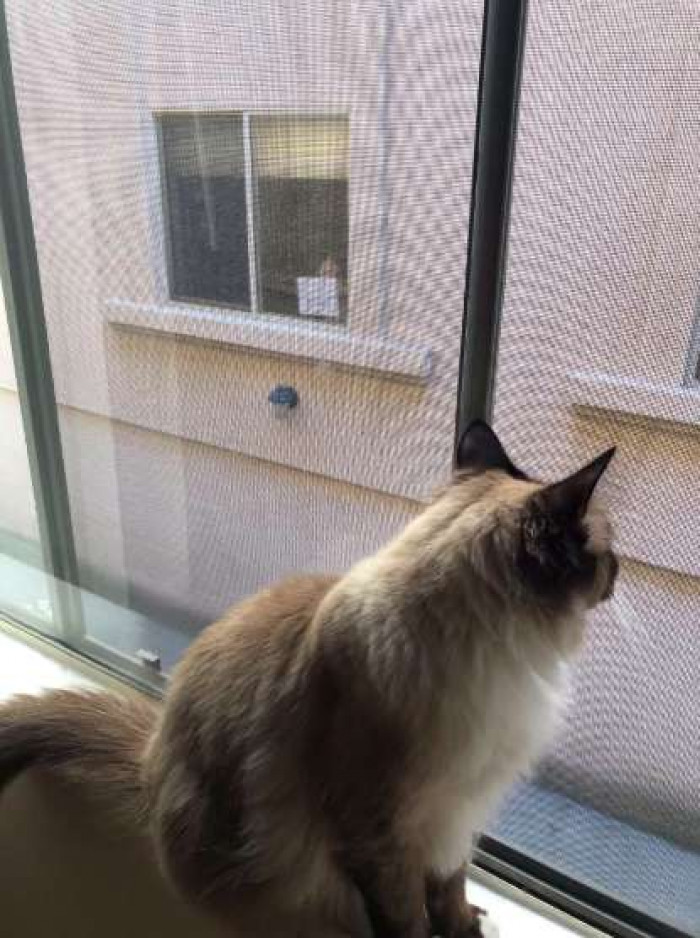 While Simon appears to be head over heels in love, Theo is still insisting on playing hard to get.

“When Simon sees Theo he chirps at the window and paces the windowsill,” Coffman said. “Theo, on the other hand, glances at Simon maybe twice and then continues to look in the opposite direction.”

Mackenzie put up another sign to let Theo and his parents know their story had gone viral, and the two then became friends on Twitter. 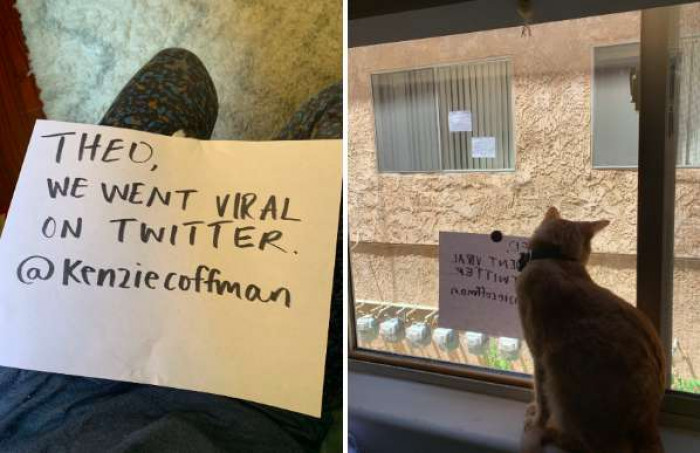 Coffman and her neighbors recently organized for the two love-birds to finally meet face to face.

For everyone still following this, Theo and Simon will be meeting Thursday!! This is how Simon feels about it pic.twitter.com/T7W6Uv2mC3

I don't know about you, but I am here for this - I can't wait to find out how they went!