A group of people was fortunate enough to witness a fantastic scene while they were on an exploration tour in the Maasai Mara National Reserve in Kenya. They’ve spotted a cheetah family on the edge of the flooded river. It was obvious that the strong current wasn’t about to stop them from going over.

The largest cheetah jumped in the water, and the spectators lost their breath when the other four animals followed soon after.

In the group, there were two photographers, Arnfinn Johansen and Buddhilini De Soyza, who immediately took their cameras and, luckily, managed to capture the drama that followed. 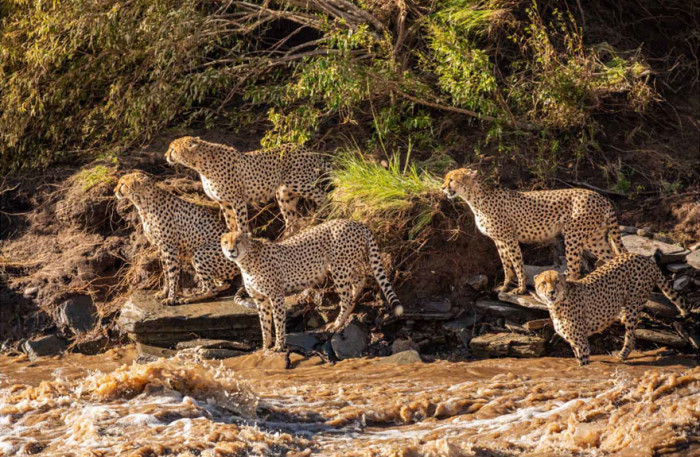 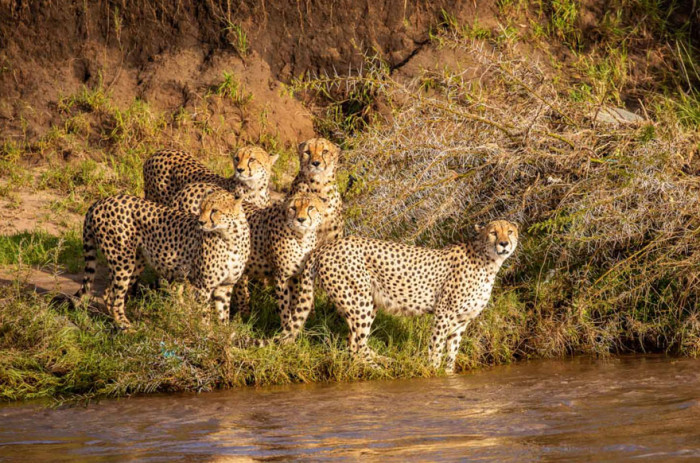 Photographer Arnfinn Johansen stated that he had been following these cheetahs for some time. “They hunt on both sides of the Talek River, [so it’s no wonder] they wanted to cross it. Normally, they would cross the river by walking on stones but this year, it had been raining for a long time and because of the flooding, it was very difficult for them to do so,” Johansen explained. “They were walking up and down the river for quite a while, searching for a place to get to the other side. Because of the strong current, it was really dangerous. Also, that river is home to the Nile Crocodile for whom a cheetah can be an easy meal.” 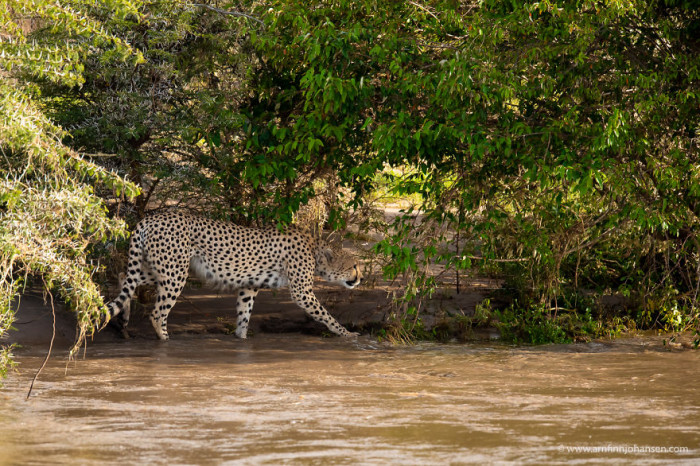 Johansen said that fatalities were certainly possible that day. “Not long ago, another well-known cheetah drowned or got killed by the crocs when it was crossing the same river so it really was a big risk. After surveying the area for a long time, the five cheetah brothers went for it.” 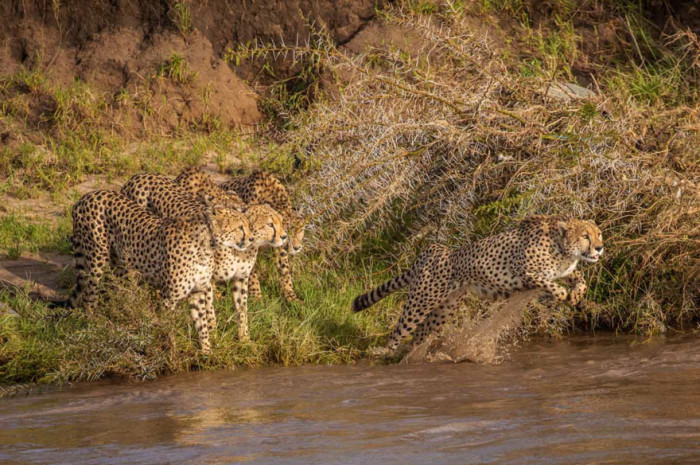 “First, the leader cheetah jumped into the river, and two more soon followed. The two smallest cheetahs in the group waited for a few seconds before they followed as well.” 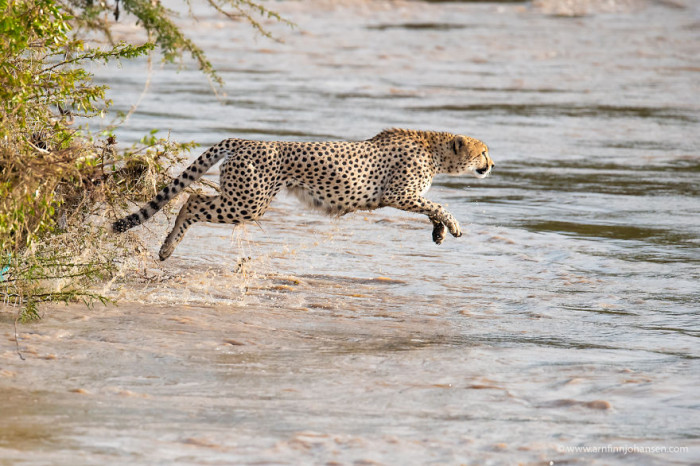 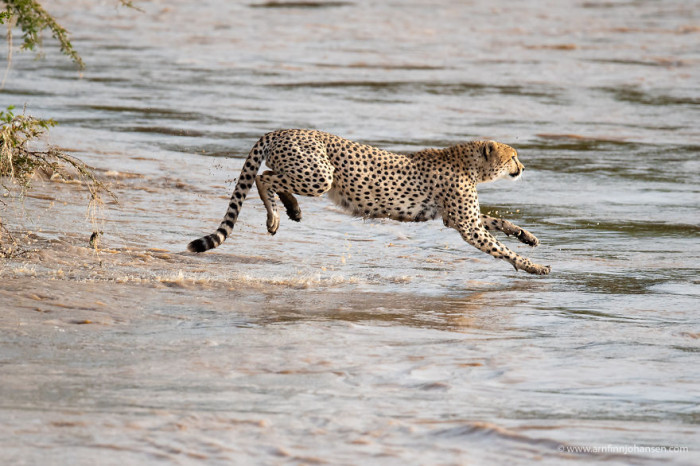 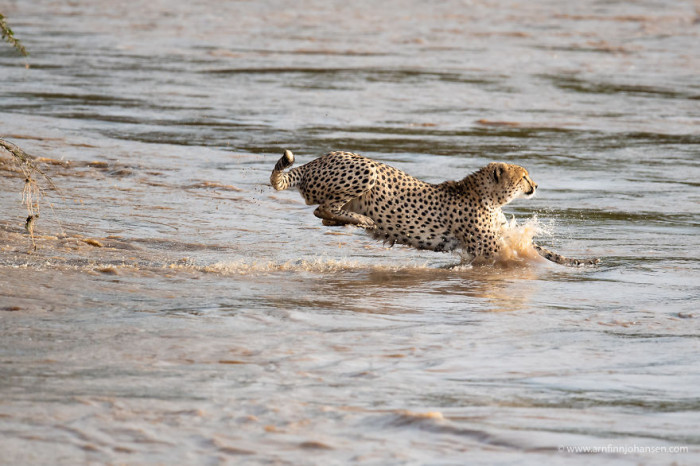 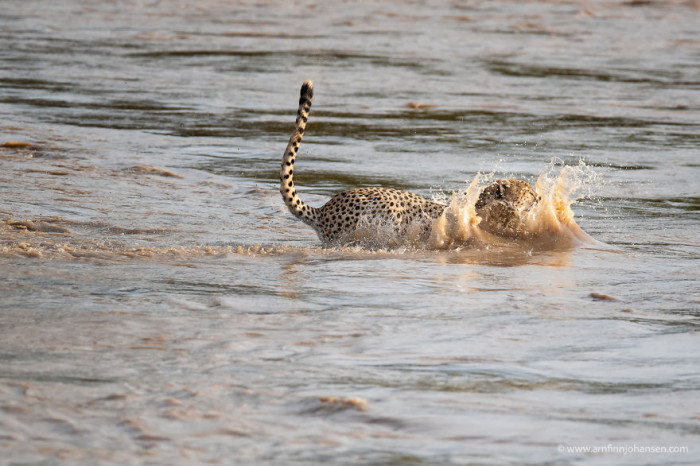 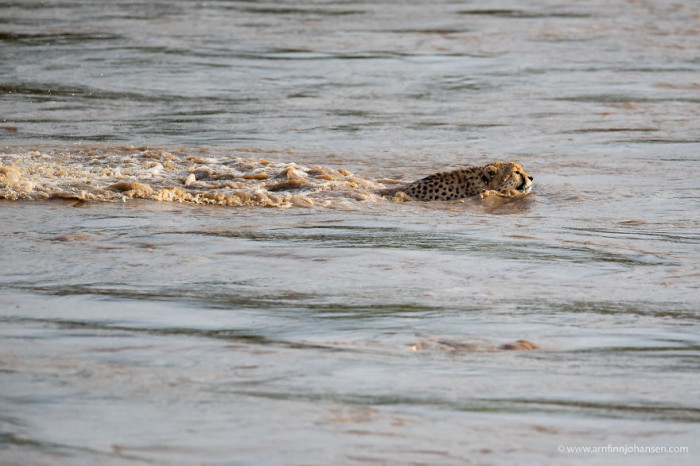 The pack was swimming as quickly as they could. “You really could see they didn’t like it.” Luckily, all of the cheetahs crossed to the other side alive, and when the highlight was when the leader of the pack, after crossing the river, turned back and hissed at it. 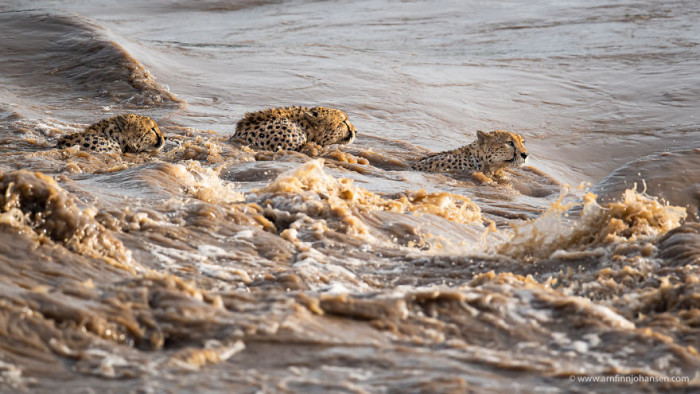 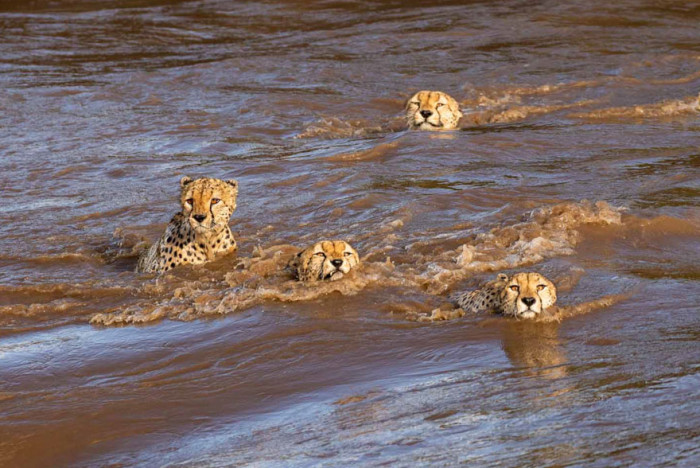 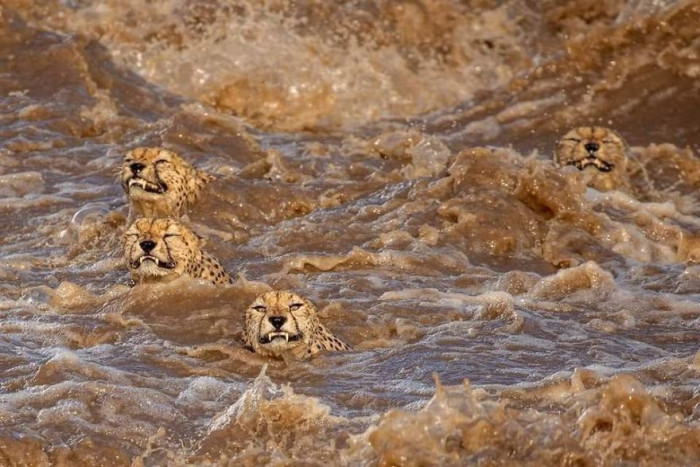 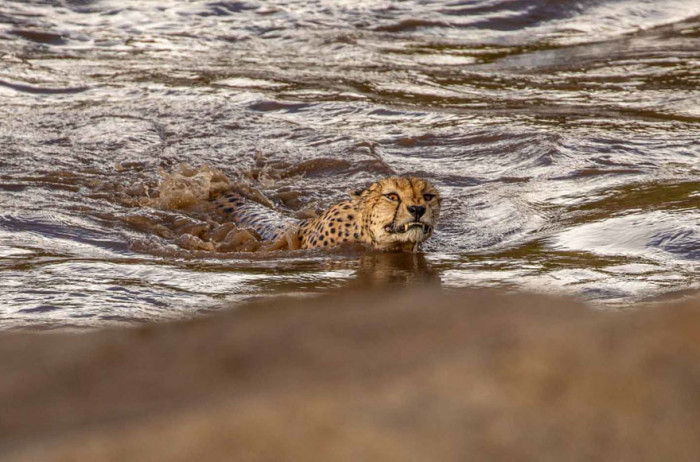 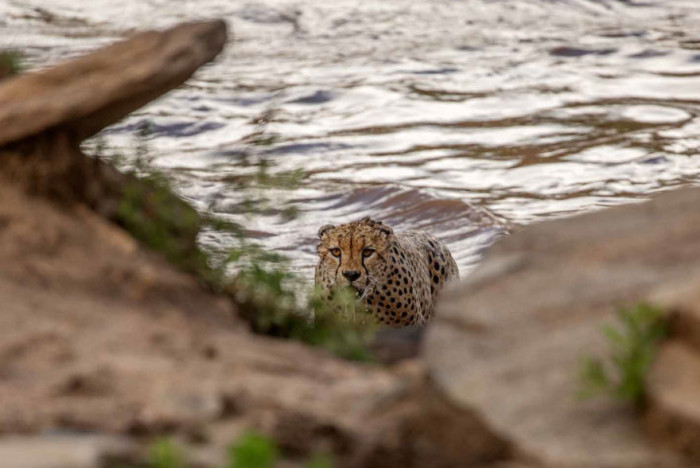 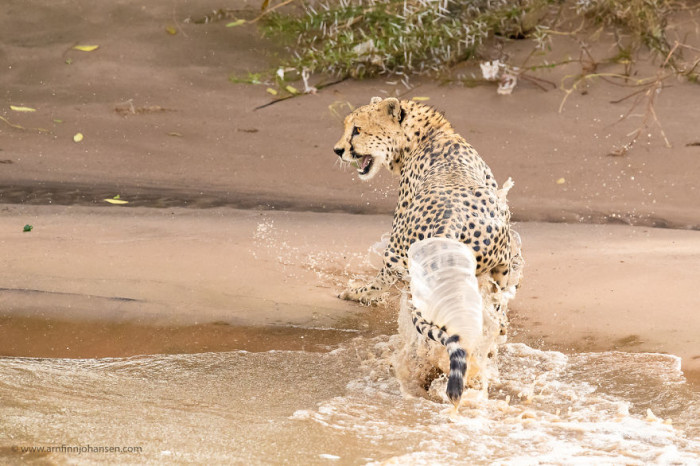 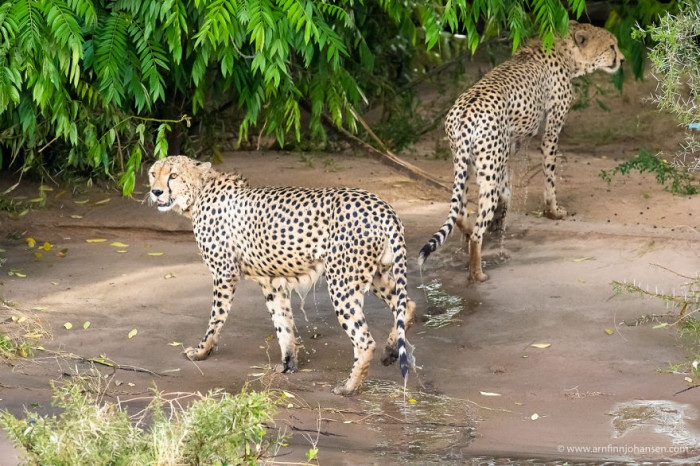 Here’s what people thought of the amazing photos: