This intelligent bobcat used great strategy to escape a mountain lion. His flight instincts kicked into overdrive and he frantically climbed atop of a 45' cactus and remained there for over 6 hours.

With the bobcat being at a severe disadvantage, at only 2-4' compared to a mountain lion growing over 6' long, I'd say he made the right decision to flee- UP!

In this case the bobcat's light weight body is surely what saved him from an untimely demise, of being a 66-187lb mountain lion's dinner.

Knowing his time was not up yet, this bobcat climbed a 45' cactus. That's equivalent to over 4 stories with 2" thorns protruding from it.

Bobcat sitting on the tippy top of a cactus. 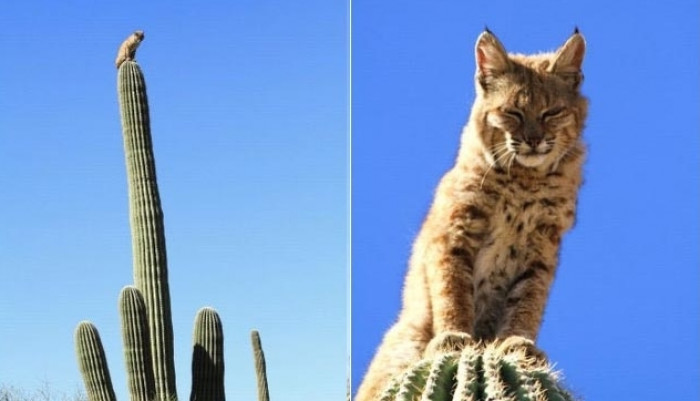 This big "kitty" is perched on top of a Giant Saguaro Cactus which is considered rare, in Arizona’s Sonoran Desert. The cactus is very likely to be over 300 years old. 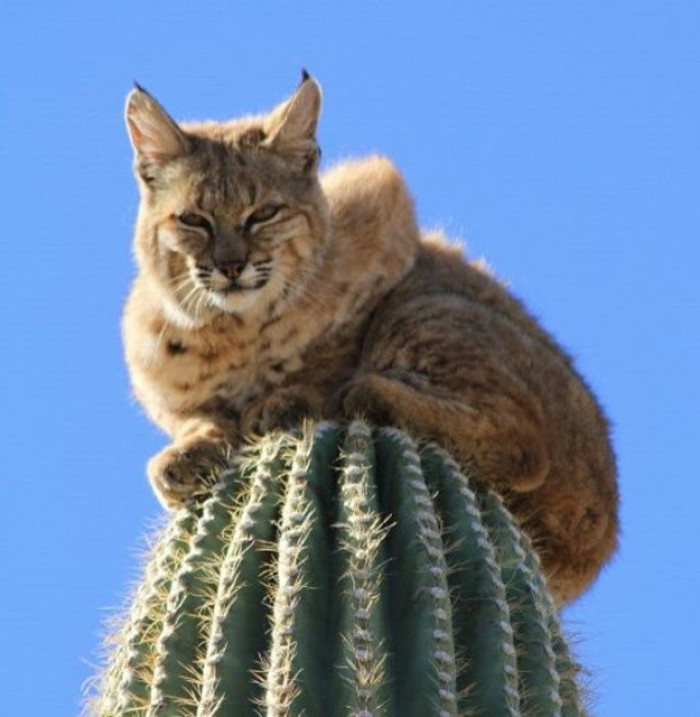 A local nature photographer snapped the pictures after a phone call from a friend who had witnessed the chase first hand. Check out the video.

“A friend called me at 7am saying one of his workers had seen a bobcat being chased by a mountain lion,” proclaimed now famous photographer Curt Fonger.

“It ran across the road in front of his car and climbed up a large saguaro cactus with the lion hot on its tail.”

“It looked up at the bobcat, growled several times, then turned around, deciding it wasn’t even going to try to attempt the feat the bobcat had pulled off." 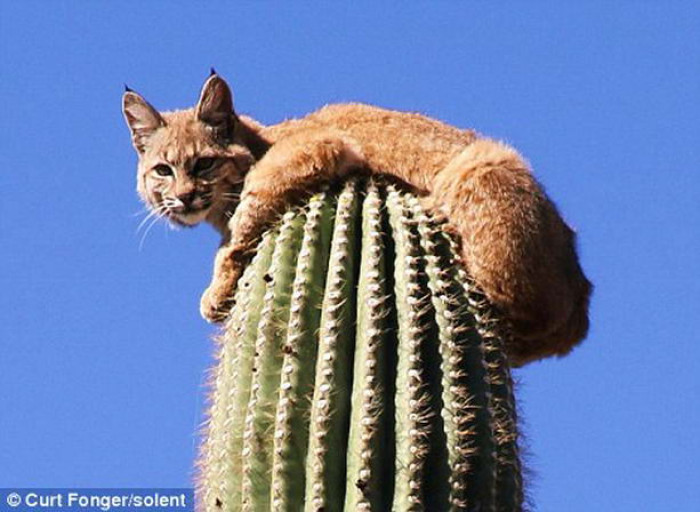 It's thought that the bobcat was possibly after the mountain lion's cubs, and the chase was a colossal warning to not return- or else.

Those employed by 'Smiling Dog Landscapes' kept their gazes on the bobcat for over 6 hours. Until finally, it leaped down, landing on all fours- unharmed. 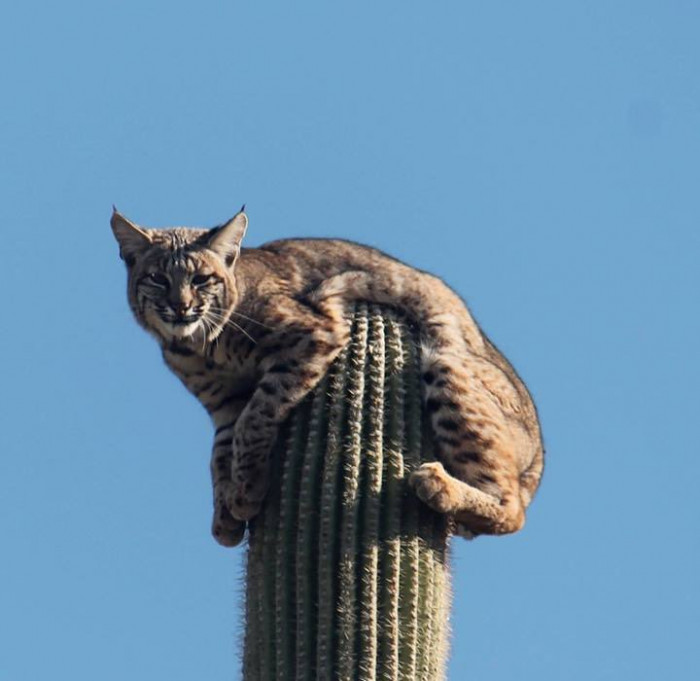 Upon inspection of the cactus, the only visible marks were from the bobcat's claws. No blood or hair was left behind. That's one tough kitty!

Let us know in the comments what you thought about this bobcat's witty escape plan!