During Winter, stray animals face a particularly tough time. While we are all tucked up at home in our nice cozy beds, they are still stuck out in the open when the temperatures become bitterly cold.

But, thankfully, there are some kindhearted souls out there who are trying hard to help such animals out and ensure they at least have somewhere warm to sleep. Philip Rogich is one of them. Philip, who is from Ogden, Utah, takes people's unwanted coolers and turns them into warm places for stray cats to sleep during Winter.

“I saw a Facebook post about a man making them and thought I would give it a try. I made my own post looking for old coolers and it kind of took off. I do a lot of charity work mostly with children. My wife and I are also animal lovers and I wanted to do something for them,” Philip said. 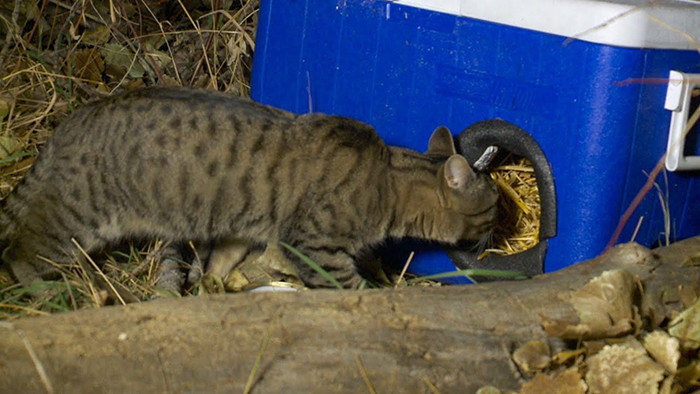 “I actually have a 6-inch drill bit and then once you drill the hole, you just use some pipe insulation to pad it,” he explained.

“They [the coolers] are already insulated to keep things cold, but they can be used to keep things warm as well. Old ones end up in landfills and they don’t decompose. I’m giving them another use,” he said.

Philip has made a video with instructions on making the shelters, however, so far he is the only one in the community making them.

“So far, I am the only one making them for my project. I’ve made a how-to video so people all over the world can make their own. I do have lots of people helping me place them.”

“Everybody’s got a cooler in their garage that they’re not using,” Philip told the media. 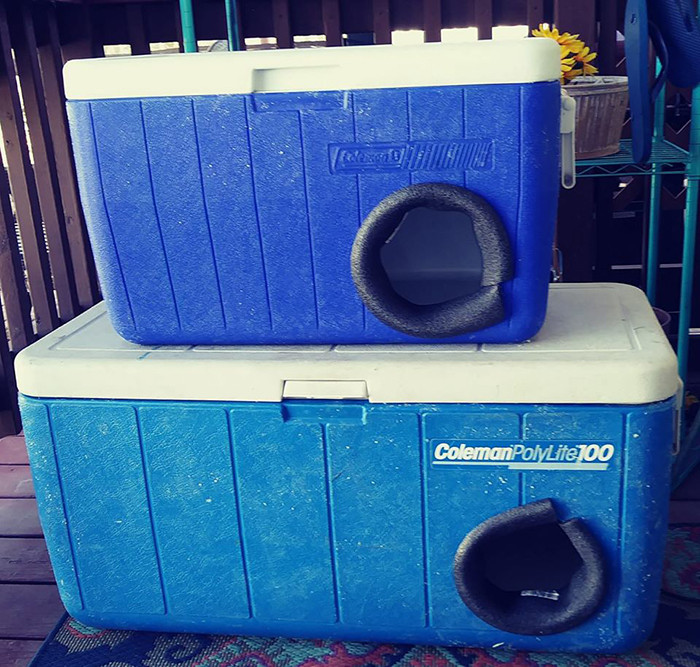 Philip says it is easy to turn an unwanted cooler into a shelter with just a few items that can be found at any hardware store, such as a 6-inch drill bit to drill an entrance hole, and some three-quarter-inch pipe insulation to line the entrance.

“And then on the inside, you just use straw," Philip says. 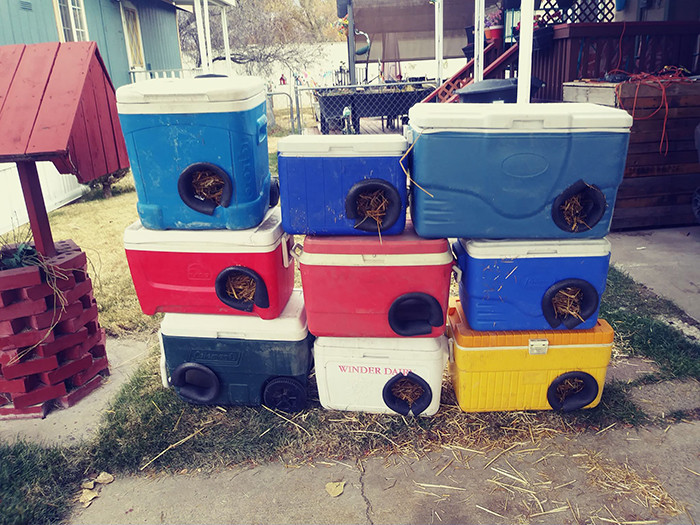 "Straw has been used for hundreds of years as bedding for animals and that’s because it has the ability to dry out,” Philip told the media. “And there you go! A cat cooler! Two or three cats could fit in a cooler this size!”

“People donate old coolers, straw, and money. I had no idea this was going to get so big. It started with a Facebook post asking for old coolers. Then the local Fox station did a story on me. The story went national. I’ve been hearing from people from all over the world. I’m glad to be a catalyst for bringing a little good to our four-legged friends,” the animal hero said.