James Bean is a gorgeous black and white tuxedo cat with huge green eyes, who just wanted to be loved. He got returned four times to the shelter because his affection was considered 'too much' and 'too demanding' by the people who took him in.

Some people obviously don't understand the meaning of having a pet at home. Why would you commit to having an animal and then return it because their love was too much for you?!

Luckily, after these four tries, James Bean was adopted and brought to a new home. He didn't like it at first, as he was frightened from all the times he'd been rejected by previous owners. 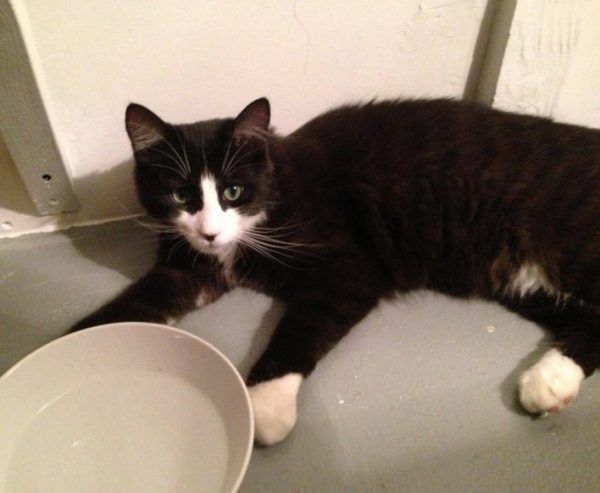 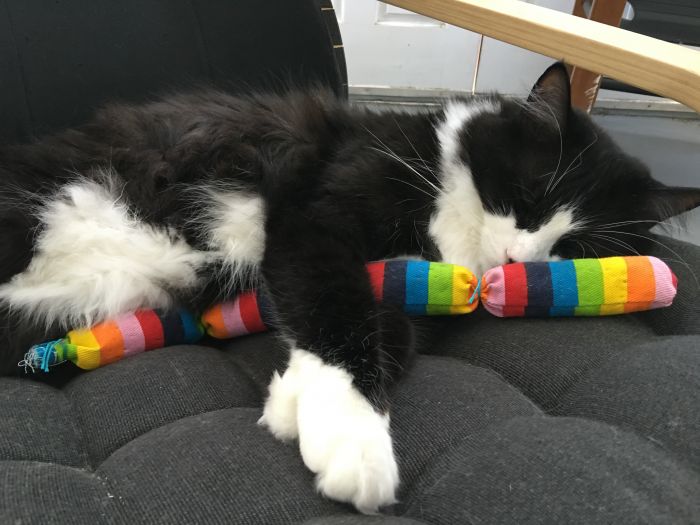 It didn't take long for James Bean to fall in love with his new human father, lurking under tables to jump on his guests just for fun! He fell in love immediately with his catnip sausage, too. Click on the next page to learn more about James Bean and his new home. 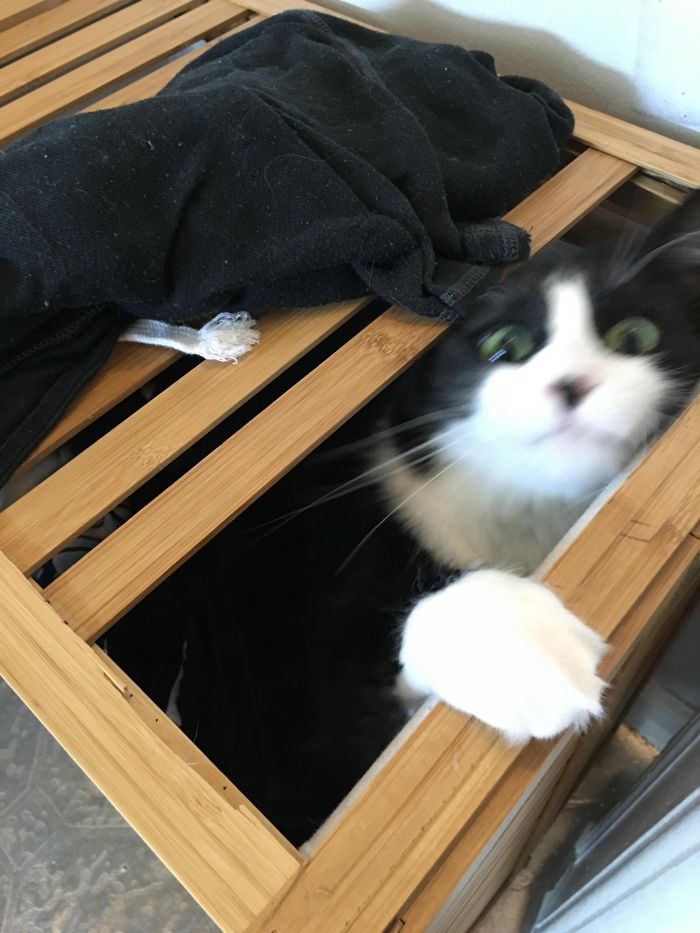 He's found a place to call home, where his love is accepted and returned fully, just like it should be with any pets you have in your life. James also has a zest for life now, which his previous owners didn't want him to have. His owner bought him a cat blanket to protect his heirloom quilt.... 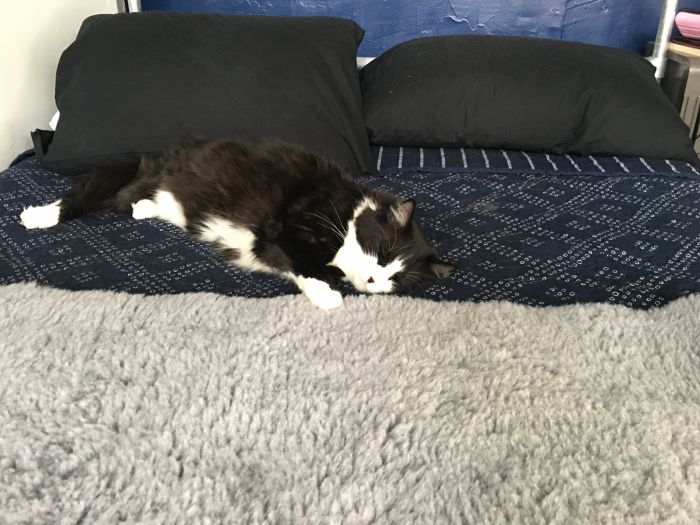 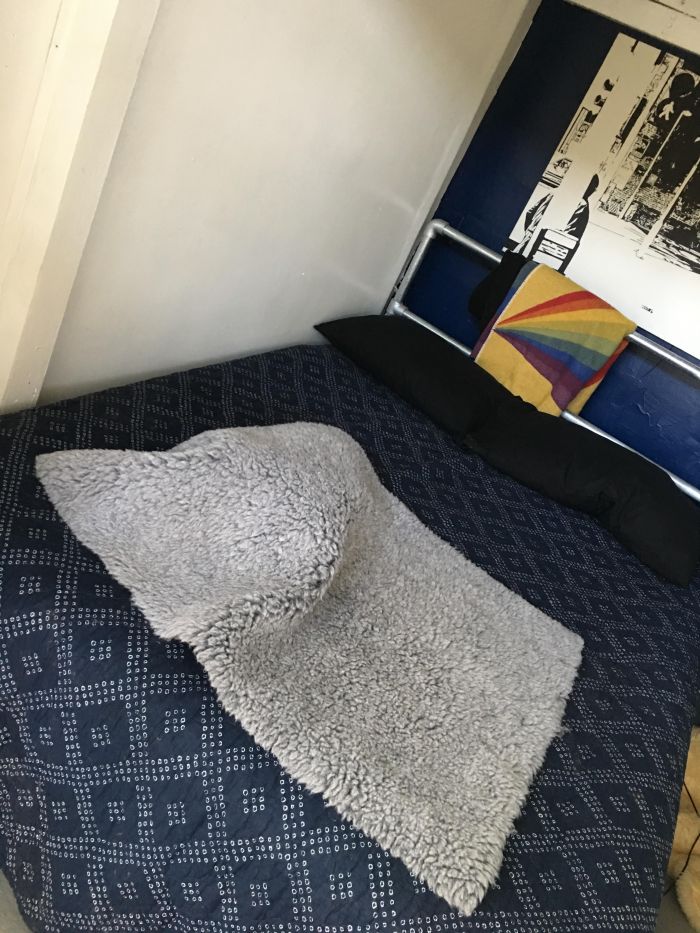 His favorite place of all time is the hamper, hiding out and cuddling with his new dad's clothes. If he's not hanging out there, he's following his dad around while he works, keeping his company and generally being a very smooth operator. 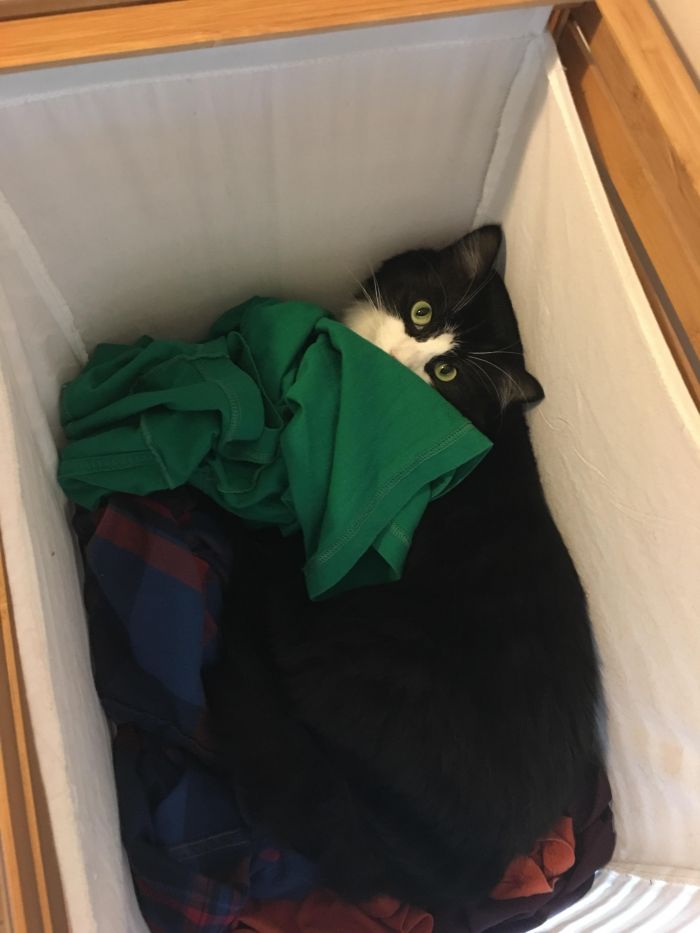 He is even comfortable enough to show his weird side, stealing arugula leaves from his owner just to get a sniff. Click on the next page to find out about this poor feline's health concern that left his owner baffled.

There's only been one hiccup, where James Bean got a bladder blockage that nearly scared his owner to death. With a lot of luck (and a very large vet bill), he recovered, and he also recovered from the bad shave job that had to be done on his forepaws.

Two years on and James Bean is still happy with his dad, and he's found a new sleeping spot that suits him the most. All that love and affection he can give is allowed at his new home, and he gets it all in return. 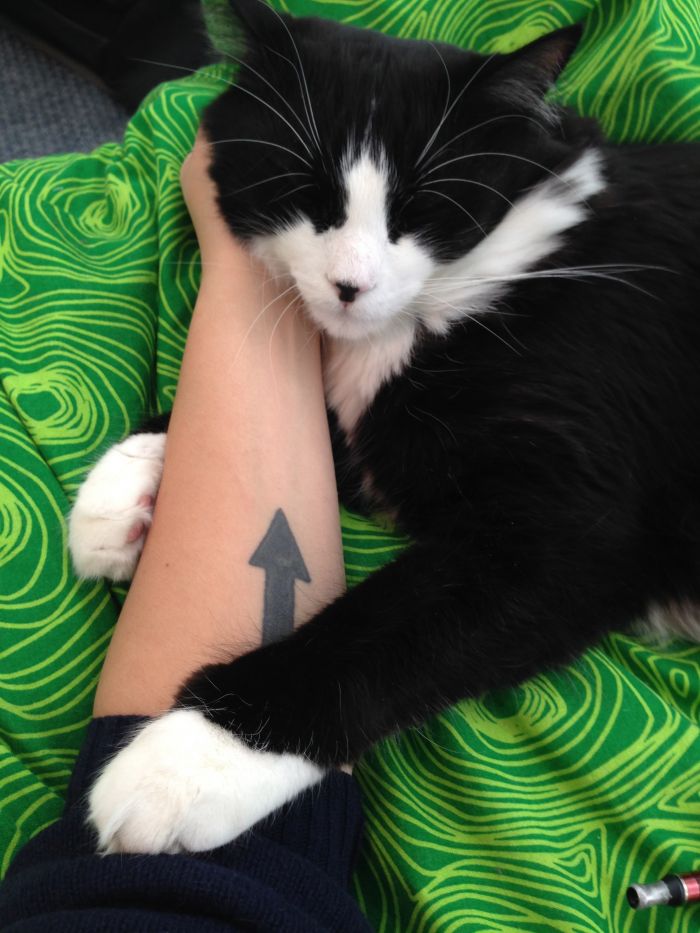 It's terrible when people treat an animal like an object, sending it back to where they got it from or simply dumping it on the street. Some people simply don't appreciate animals. Others, in fact, hate cats! Here are some examples of cat haters that switched their beliefs around 180. Now they're cat lovers! A Dozen Holes Were Dug Before They Caught The True Culprit, And It's Not Who You'd Traditionally Think It'd Be Cat Insists On Helping Mom Work From Home, And It's Adorably Distracting Cats That You Would Easily Mistake For Food At First Glance