For as far back as you can probably recall with your personal memories, you've been under the impression that dogs and cats are some sort of mortal enemies, complete opposites, incapable of co-existing peacefully. People often humor at the relationship cats and dogs tend to have with each other when they do share the same abode, like this illustrator who made an absolutely hilarious comic of his cat's reaction to his dogs barking.

Not only that, but we regularly see people share photos on social media of the chaos that can easily erupt when multiple fur-babies reside together and we often find ourselves amusing at the scene provided. However, it's not an all or nothing situation and there are definitely exceptions to the precedent we believe is set in stone.

Recently, a woman in Turkey caught the heroic rescue of a drowning cat on video... the hero? A dog! 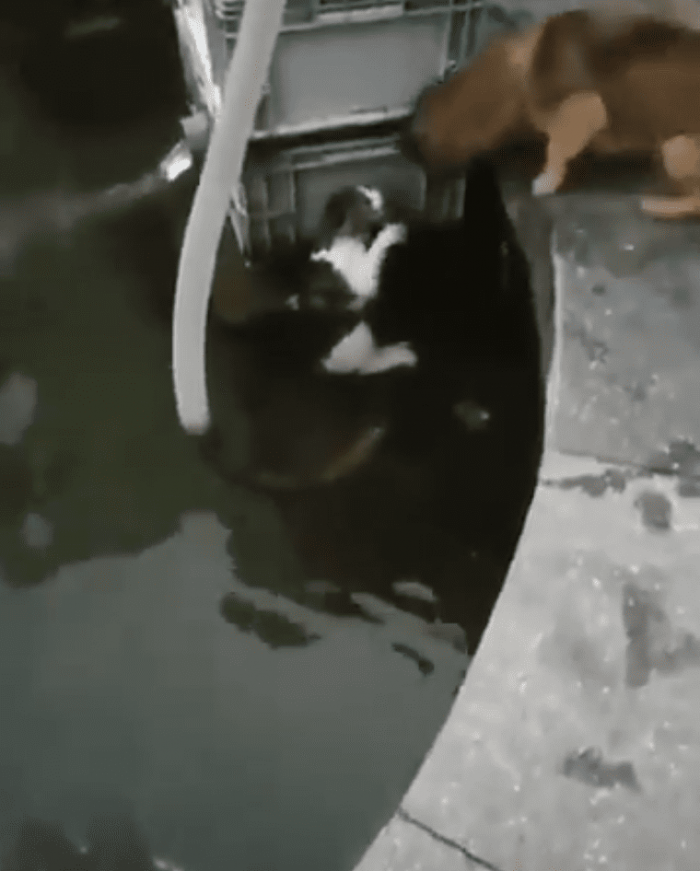 No one knows how the cat fell into the deep water, but it's cries for help were simultaneously impossible not to hear and far too easy to fall on deaf ears.

If it weren't for the dog, the cat surely would have drowned to death. 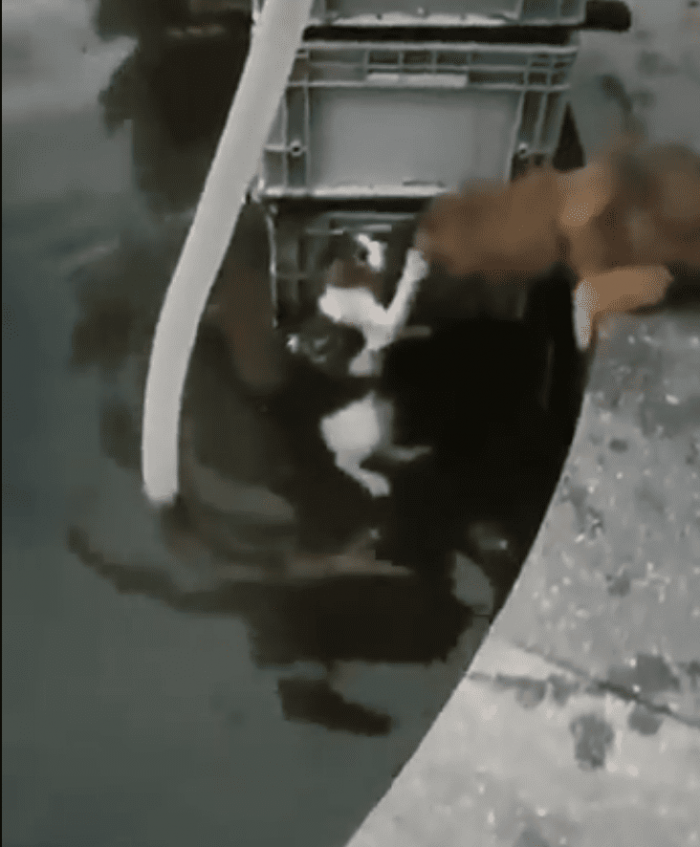 As the cat struggled to survive, the dog paced back and forth, seemingly completely distraught by the conundrum of a fellow creature in dire need of help, but unsure how to proceed. He finally attempts to put his face up close to the cat, as if to say, "climb up." However, the confused and petrified cat merely clawed mercilessly at the poor dog.

You would think the dog would tuck tail and run, but not our hero. He jumped into the water... to save the cat! 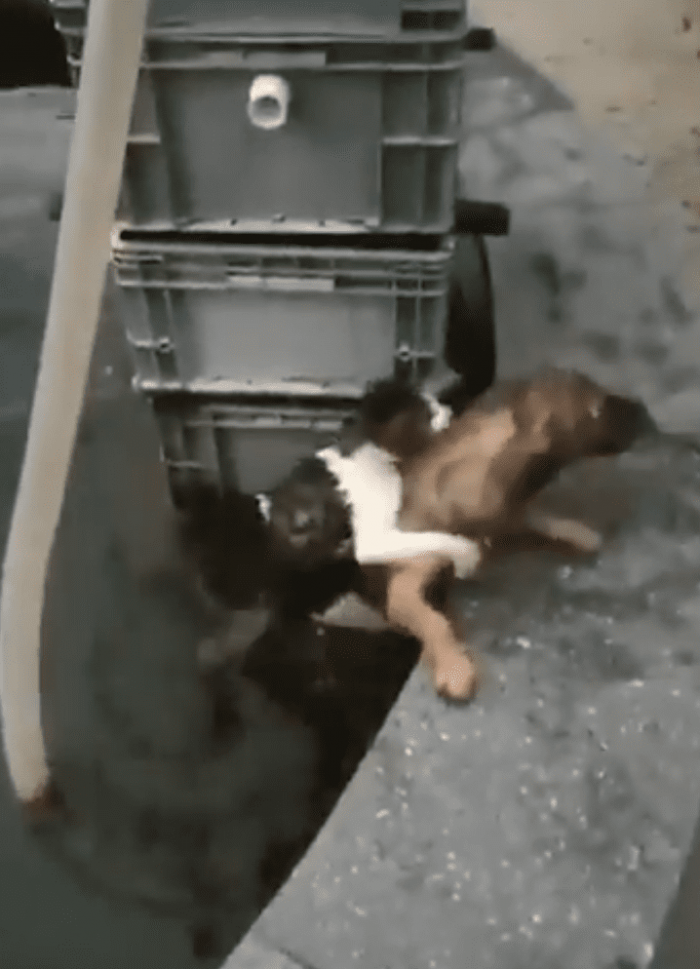 The dog jumps into the water, swims underneath the cat, and pushes the cat upwards! However terrified the soaking wet cat may have been, she seemed to understand this was her chance for survival and she managed to get safely onto land, thanks to the dog.

After a brief struggle himself, the dog also made it back out of the water. 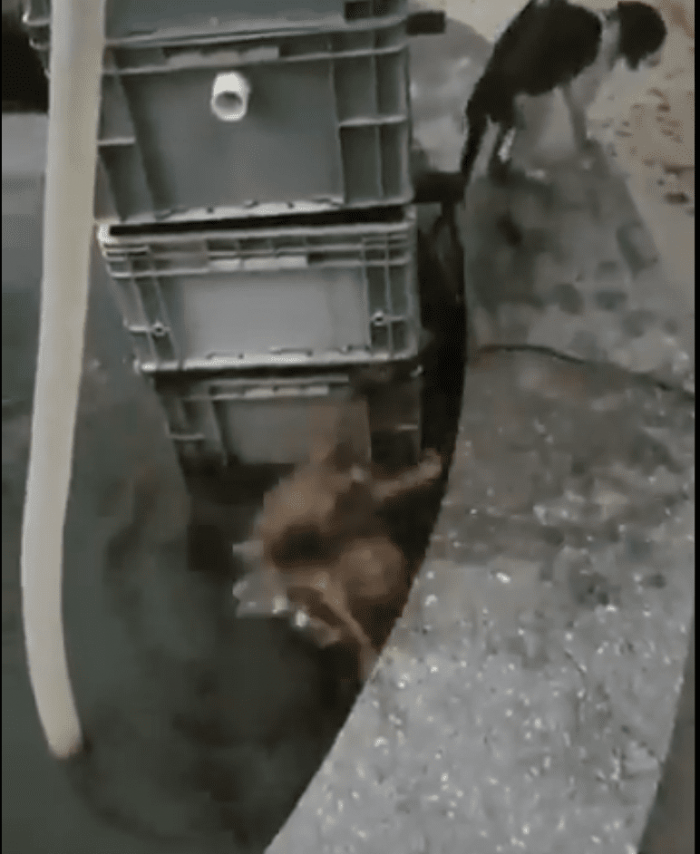 In the end, both animals escape to freedom, alive, albeit soaking wet. 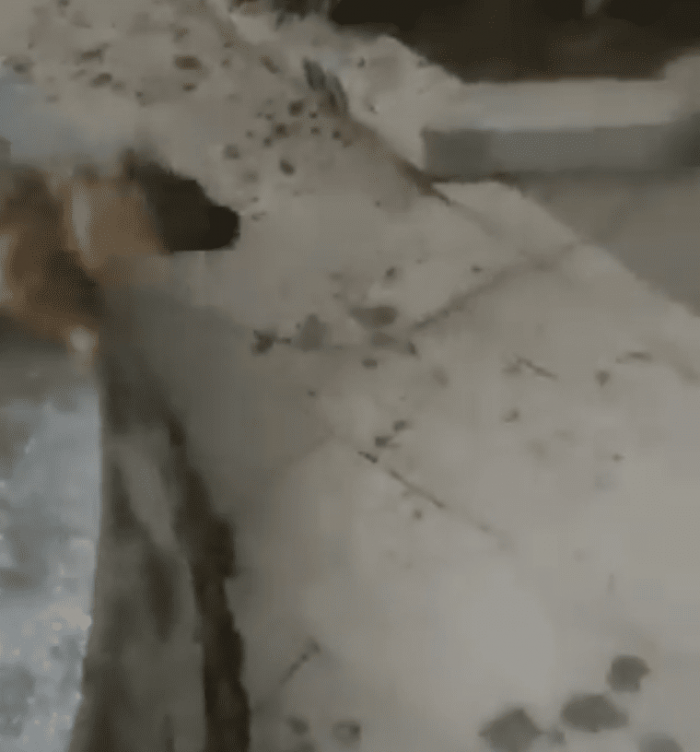 The woman shared the video on Twitter, and it quickly went viral, but not without drawing in some harsh (and quite frankly, well deserved) criticism about her lack of real action.

People rationally wondered why the woman's instinct was to film the animals struggling, desperately to survive such a traumatic event, when she easily could have... helped them?? 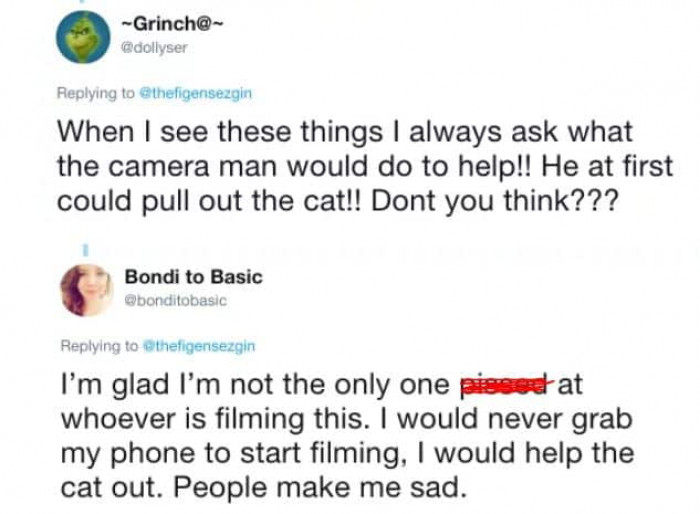 Although, apparently, not everyone agreed she should have helped. So, there's that. 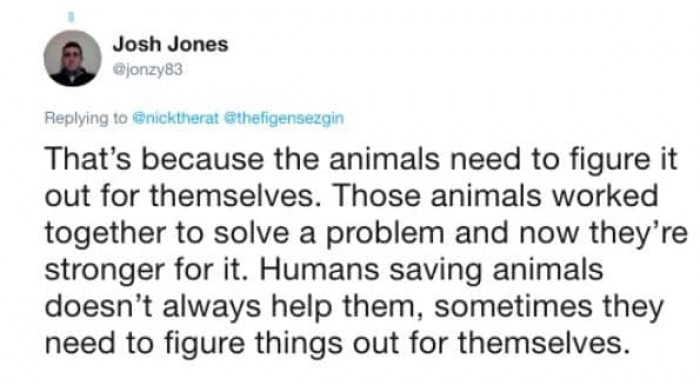 Well, I don't know about that idea, but I am glad the dog and the cat both survived to see another day. Plus, it's really awesome to see what animals are willing to do for each other. They really possess a level of empathy we don't give them credit for often enough.