Observing travelers spotted what seemed to be, a stray dog curled up alongside a road in Ontario Canada. Feeling compelled to, they stopped to take a look.

What they saw without a doubt stunned them, that stray they'd seen?It wasn't just any stray. It was in fact, a pup with a heart of gold, who had been shielding a litter of 5 kittens from Canada's bitter cold.

In turn, the same travelers called local authorities, and from there, they made sure they were safely taken to the nearby Pet and Wildlife Rescue. To no one's surprise, the bunch had formed a deep bond and resisted being separated. 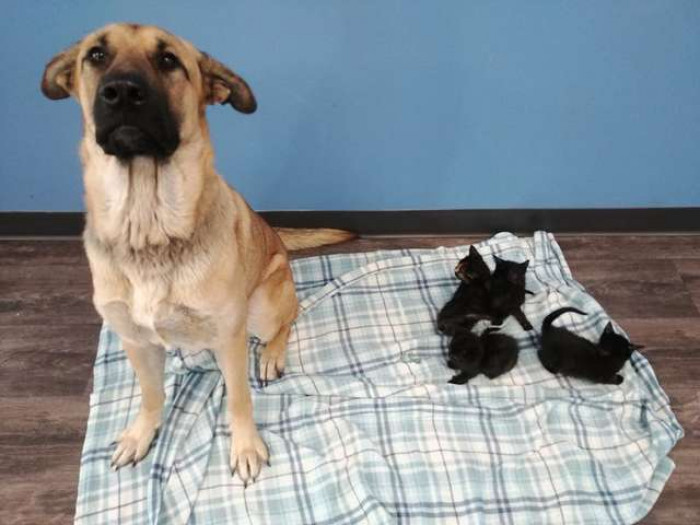 The 5 kittens immediately went to a foster family, and will stay there until they're old enough to be adopted. They also need to be dewormed and treated for fleas.

Serenity- the former stray, will officially be available for adoption on December 3rd after she has been spayed. Clearly, she does fantastic with cats. She's also very energetic, the rescue described her as having the "energy of a toddler." The rescue added that she should be in her forever home, without children. And she will also need to be potty trained.

With her publicity from her good deed, she's had tons of interest. If you'd like to inquire about Serenity or even the kittens in the months to come, you can do so here-

The moral of this story? Not a single good deed ever goes unnoticed. 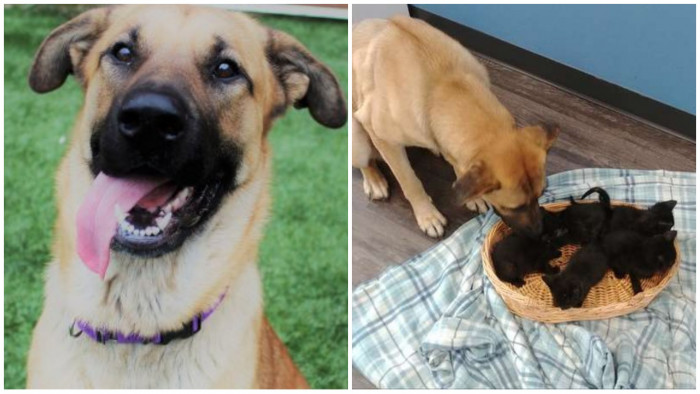 Give this dog a round of appaws!