Bengal cats are a cat fan favorite for a plethora of reasons. They're just big, beautiful cats and they're so easy to fall hopelessly in love with. Bengals are intelligent felines.

You can teach them tricks, walk them on leashes, and you will definitely regret not keeping them well stimulated physically and mentally. A big, beautiful, intelligent cat?

That's what cat lovers love and the only thing we love more than that are two of them! Prime and Raven are a pair of Bengal cats living it up in Sweden and their Instagram is a window into a beautiful life and we are honored to have had the chance to interview their human. 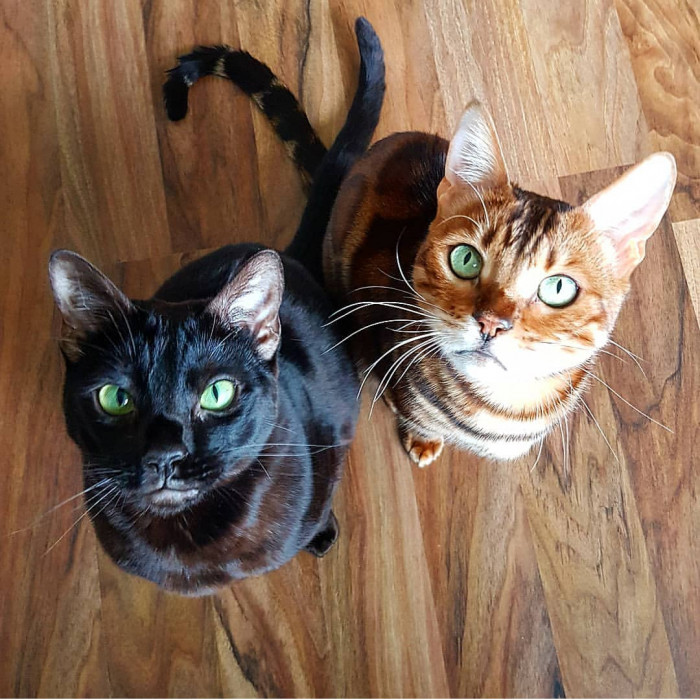 Prime is 5-years old and natural sunshine might be his best friend. 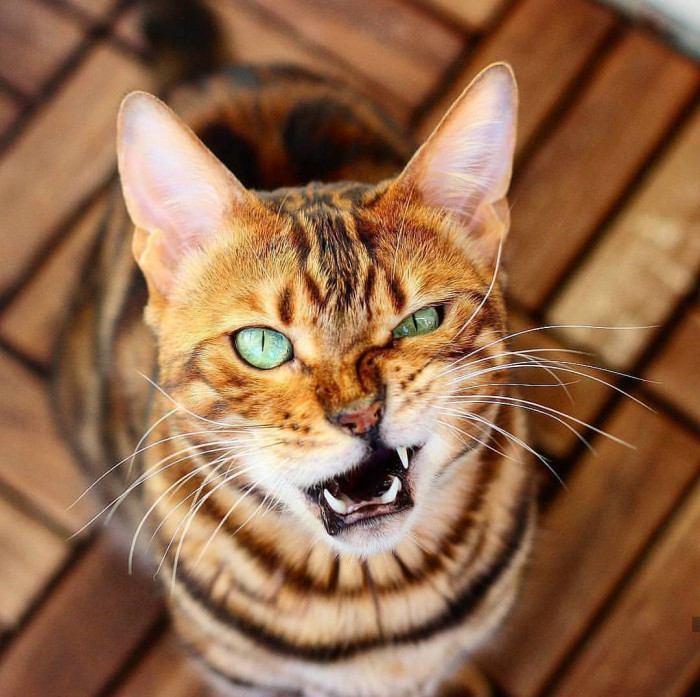 Raven is 2-years old and the purr-fect example of a house panther. 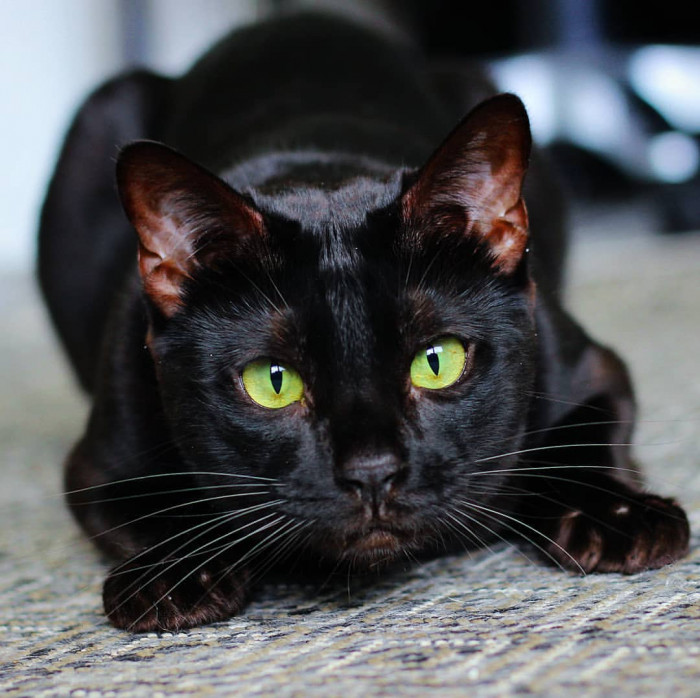 I asked Niclas how his journeys with his cats began.

First, Niclas told us about Prime:

"I met Prime the day after I saw the add for him, fell in love with him directly and the first time a met him he fell asleep in my lap in less than 5 minutes." 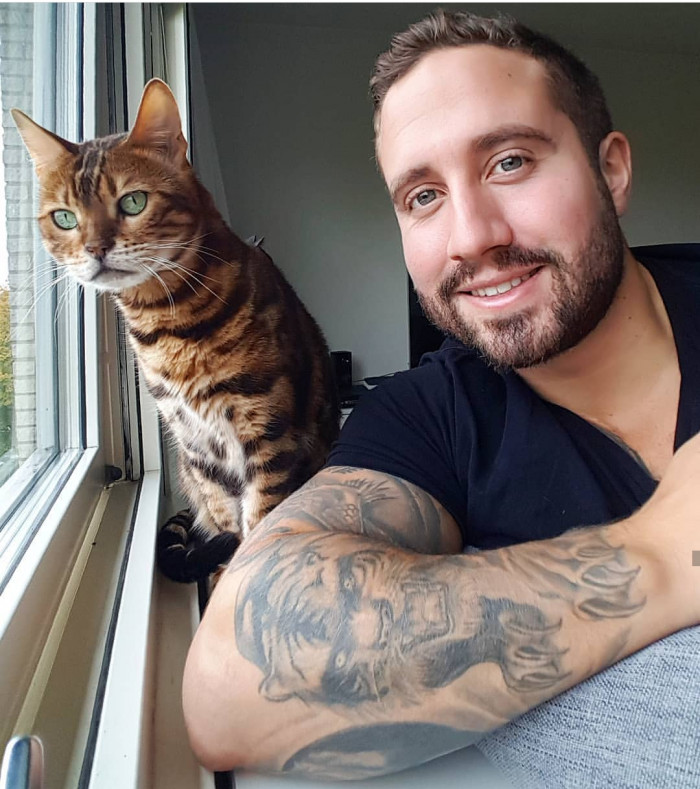 As for sassy Raven?

"I drove over 700km to get Raven, fell in love with her personality and looks she is so beautiful! First time I met her we played for a long time, not so much snuggles first time. But now it's different." 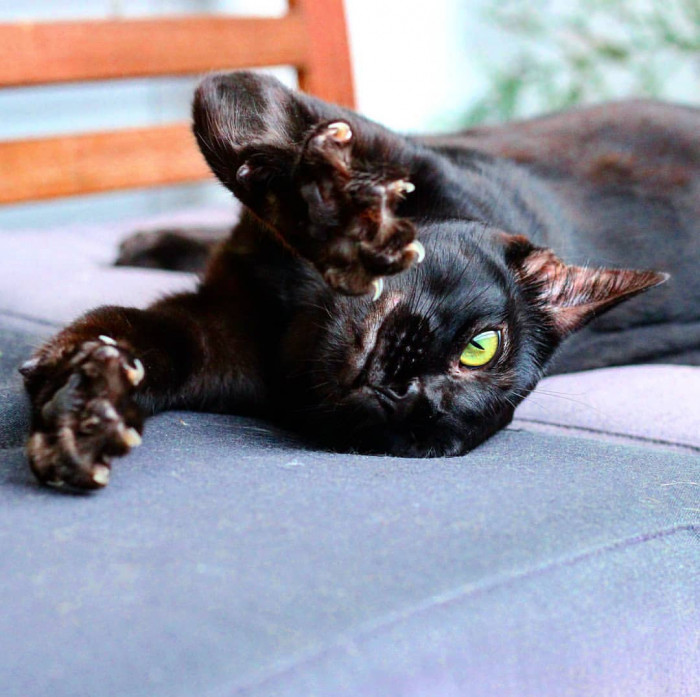 Prime is striking, such a handsome cat.

However, he does have a naughty side, the naughtiest thing he's ever done was easy for his human to remember:

"Definetly jumping into the treats cabinet from time to time, can find him in there just scooping out treats on the floor for Raven and him." 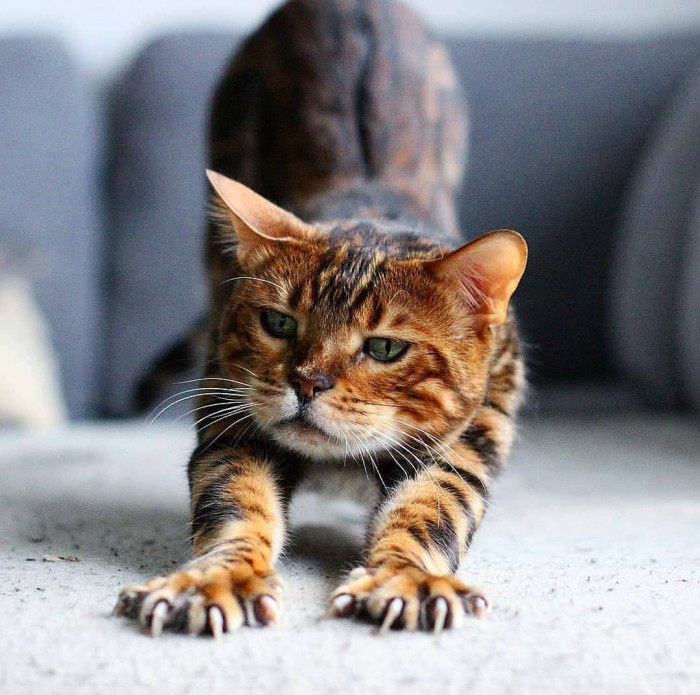 Of course, Raven isn't innocent of shenanigans herself.

"She loves to take my chicken bones when I'm going to the toilet, she can do it quicker than The Flash... I promise you!" 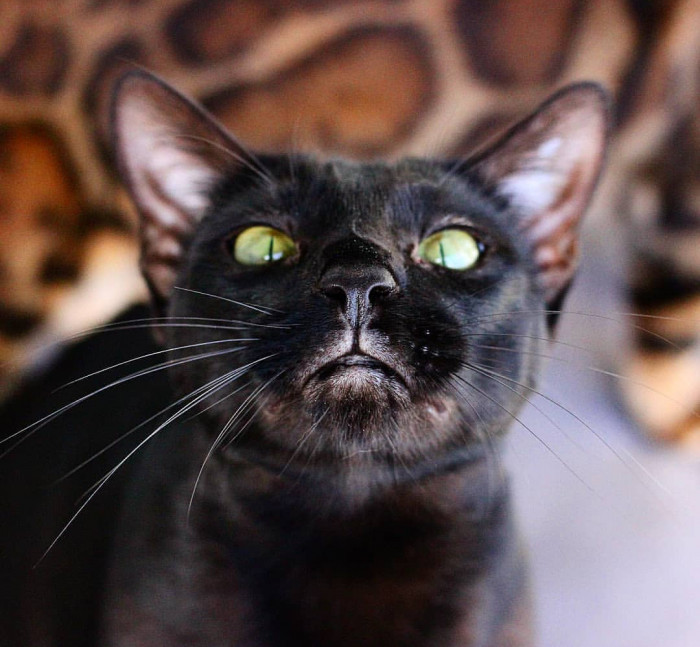 Double the trouble, but also double the purr-fection. 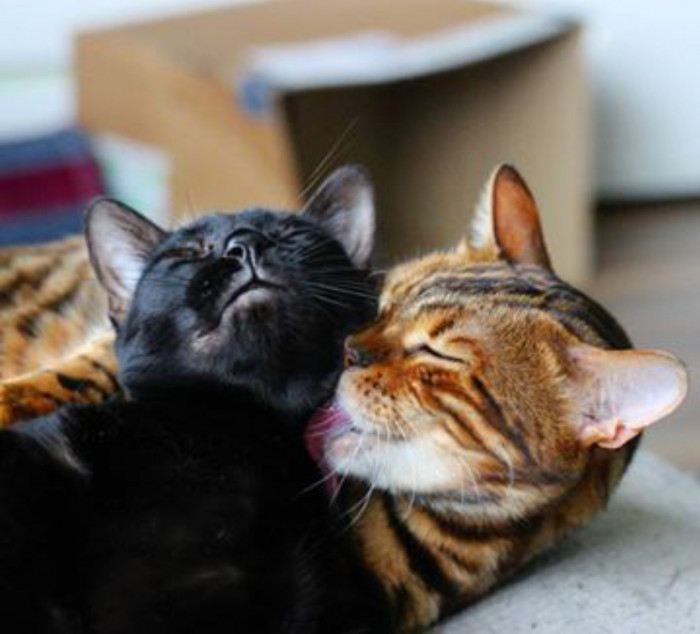 "To have you two in my life, is one of the greatest gifts I will ever get." 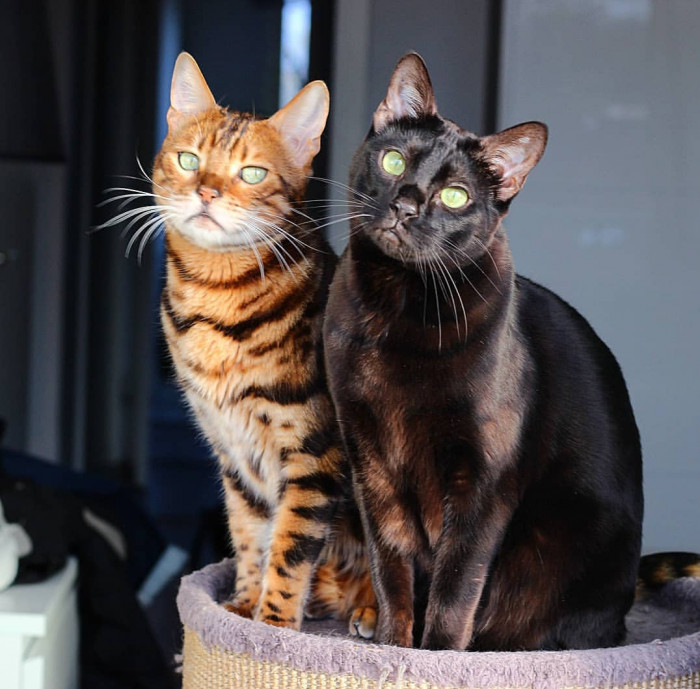 And these cats are so playful.

"Prime loves wooden tees that you use when you play golf, he can chase them all day long and fetches them so I can throw them again." 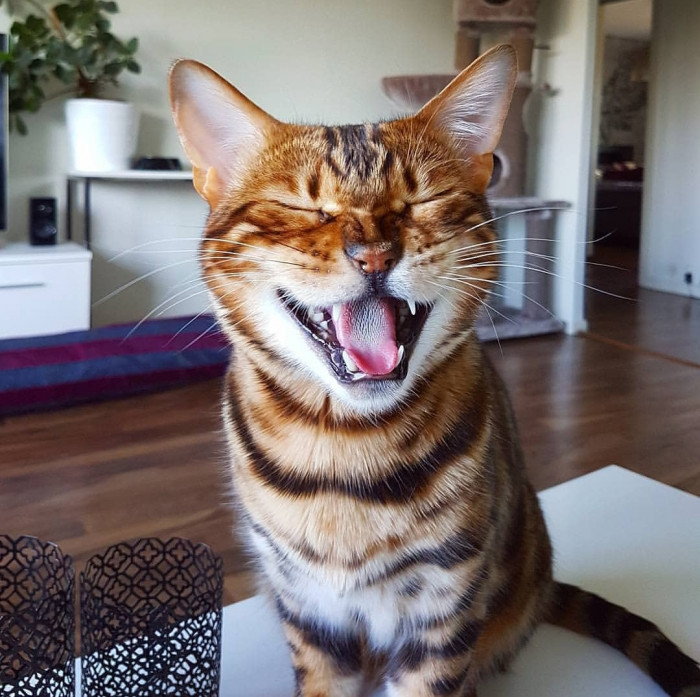 Sometimes Raven is referred to as a shredding machine.

Baby Raven showing of her shredding skills! What would you like Raven aka The Shredding Machine to shred next time? 😹😻

"Come on, fast! Give me the treats before Prime sees." 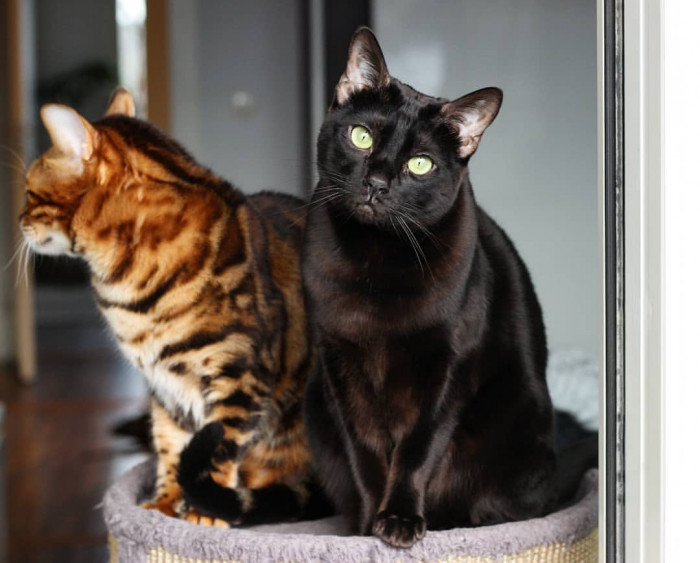 Raven has her favorite toy, of course.

"She loves her feather toy, it's like a long rod with a string and a feather on the end. She jumps high up in the air when we play with it. Think it costs like 4 bucks so really cheap toys."

Having 2 cats with big purrsonalities is no small task.

"When I first brought Raven home she wasn't to fond of Prime. The first day she would just stand on the side and intimidate him. The next day she accepted him a bit more and more. After a while she could play and get within 0,5 meter from him. The thing was that she would still intimidate him, so she could run just past him, see him and the in The middle of the run just intimidate him standing on the side take 3 steps and continue the run. It looked so damn funny! "

Prime has his own levels of sass, though, don't worry!

"Prime isn't really shy to people, but one time when I had some friends at home one of them said that he is really good with animals and Prime will love him. He couldn't be more wrong... Prime sat for the whole time 3 meters away and kept a tight watch on him never ever letting him pet him." 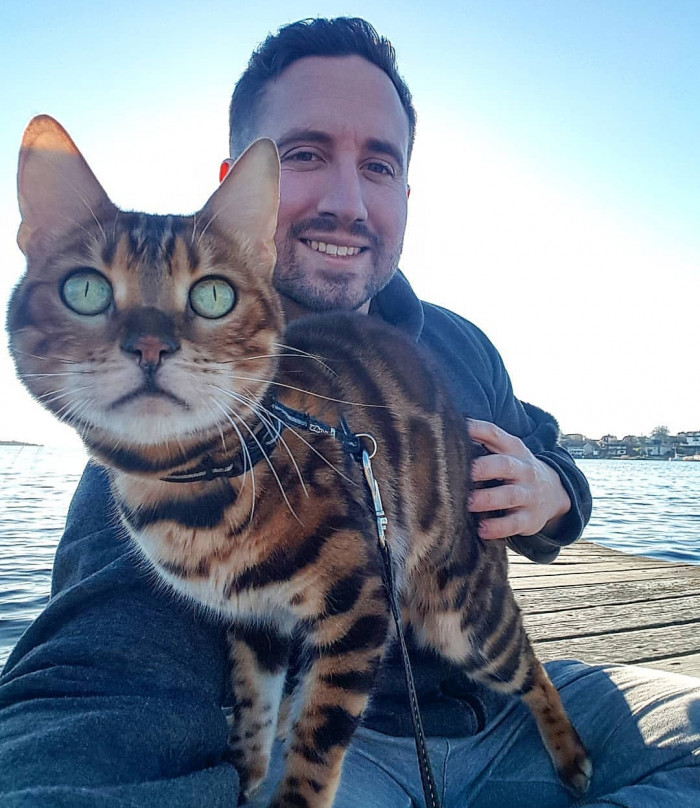 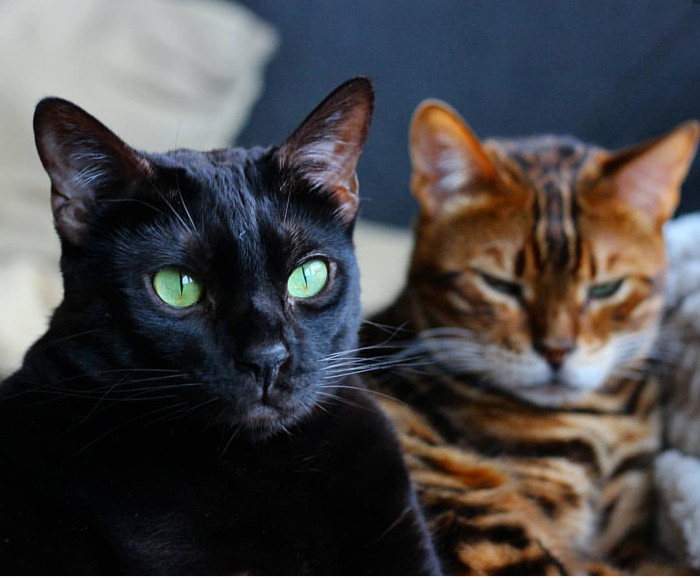 "The thing is that Prime and Raven are two different cats and they have big personalities." 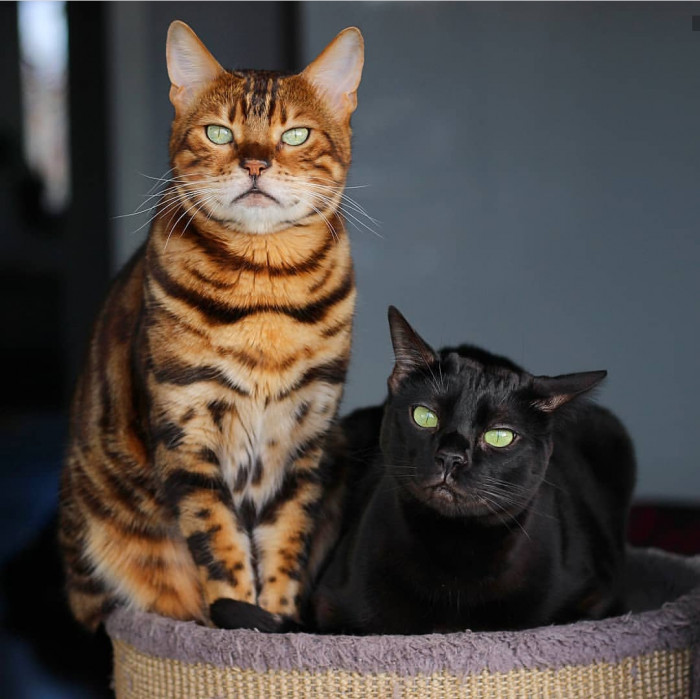 "Raven loves to sleep in the cat tree or in the cabinet, prime loves the bed. But the most important thing is that they love each other and never fight." 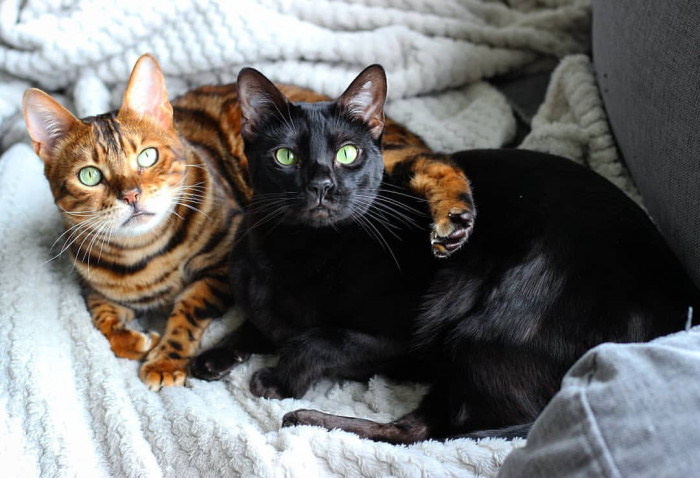 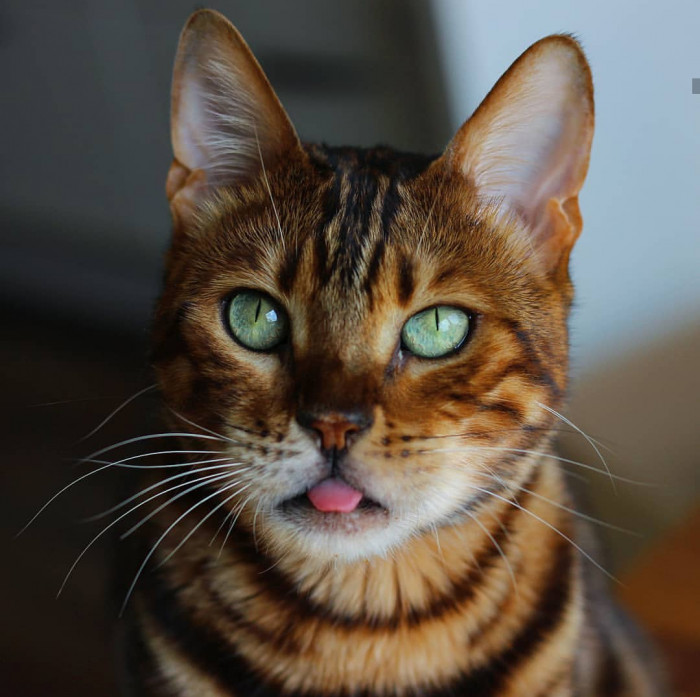 We pawsitively have to mention the Kissing Trap, in detail.

"One more thing about Raven is that when they playfight she will always try to sit on prime and if she manage to so that she starts to kiss him, I call it " The kissing trap" and our followers love it. We have a lot of videos of it on our page."

Long time no see of Ravens super kissing-trap! It's all about purrfection and commitment. 😹

Niclas is great about fan interactions.

Over 144k people from all over the world follow Prime and Raven on Instagram, and he keeps them entertained daily! 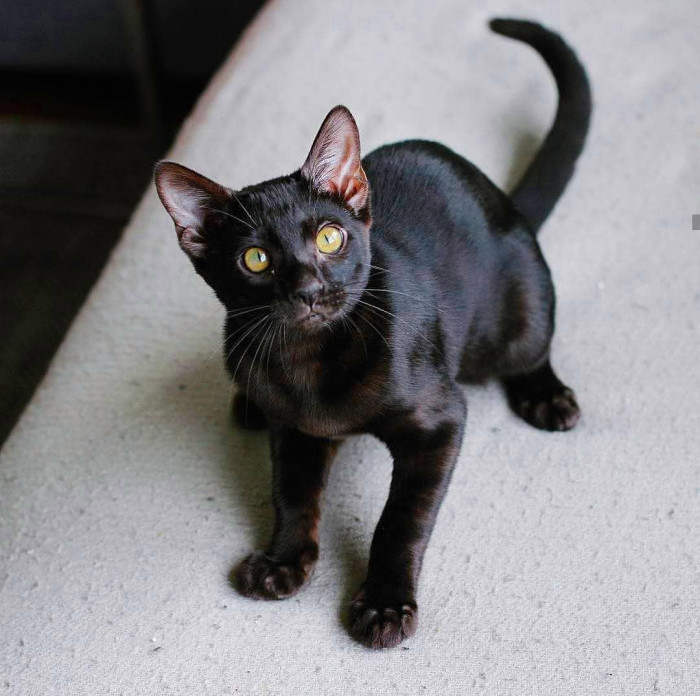 He shares his beautiful, purrsonality driven cats with us all.

For that, we are grateful. 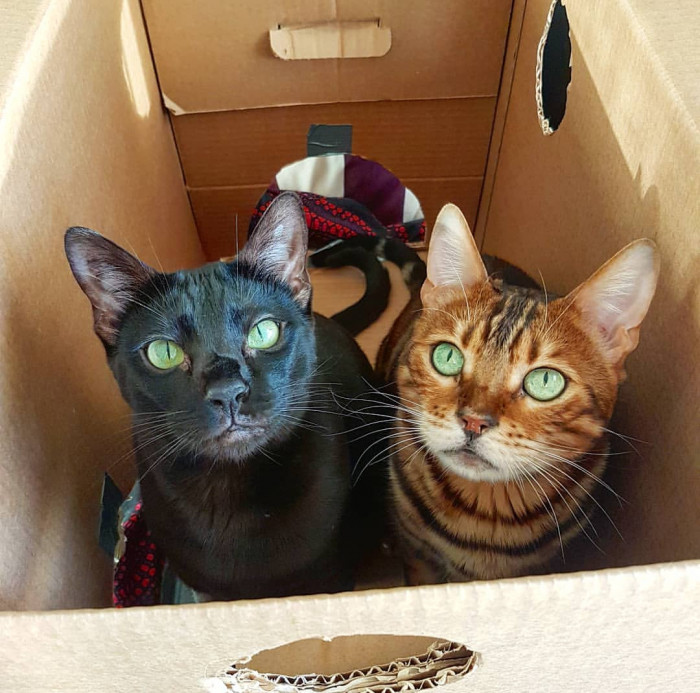 You have only seen a glimpse of them here.

There is an endless supply of fun over on their Instagram, so don't forget to give them a follow! 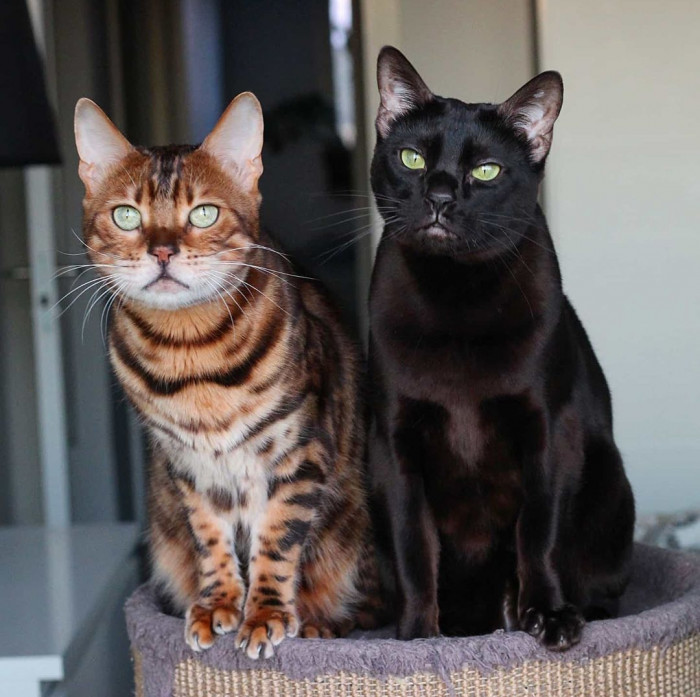 If you love these beautiful Bengal cats, be sure to share our feature article with your fellow feline fanatics!