Family Reunited With Their Cat After 6 Long Years, And Now Their Home Is Full Of Joy And Snuggles

Tilly the cat came into the Rivers family when she was just a kitten, and in the next two years, she became a huge part of their life. Back in 2014, the family went on vacation and left Tilly with a pet sitter. Unfortunately, when they returned, the cat wasn’t there to greet them – she was missing.

The family did everything in their power to find her, but it was all futile.

“We would stand outside and call her name every day for about six months after we got home,” Emily Rivers, one of Tilly’s family members, said.

“We would always keep our eyes peeled when walking around our suburb. We messaged all the animal rescues and pounds in our area, and nobody had found her. We visited a few found cats along the way that resembled her but to no avail. We had pretty much given up hope of ever being reunited with our girl about two years in.”

Years after, the heartbroken family came to peace with the fact that Tilly will most likely never come home — and then they got a call from their vet. After six years, somebody found Tilly.

I can only imagine how hard it would have been for them. 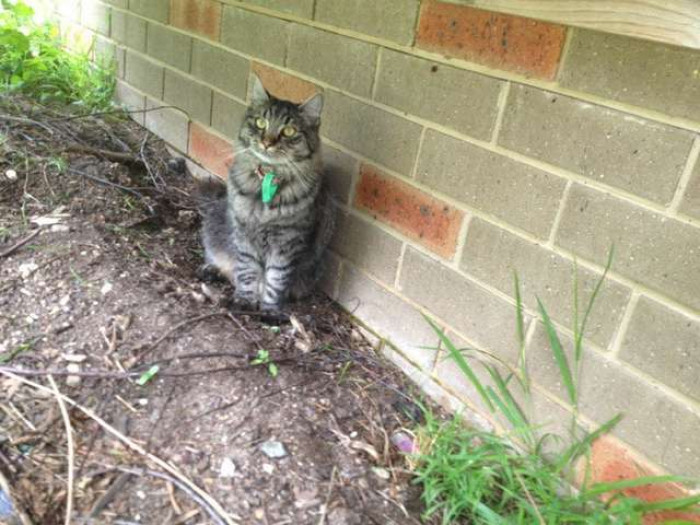 “Our initial reaction was one of shock, we never ever thought this day would come,” Rivers said.

“She had been a local stray for about six months just a few streets over from ours, we couldn’t believe it! I honestly didn’t want to believe it until I saw her as I didn’t want to get my hopes up again.”

Tilly had been coming to one family’s home over the past several months, seeking food and attention. 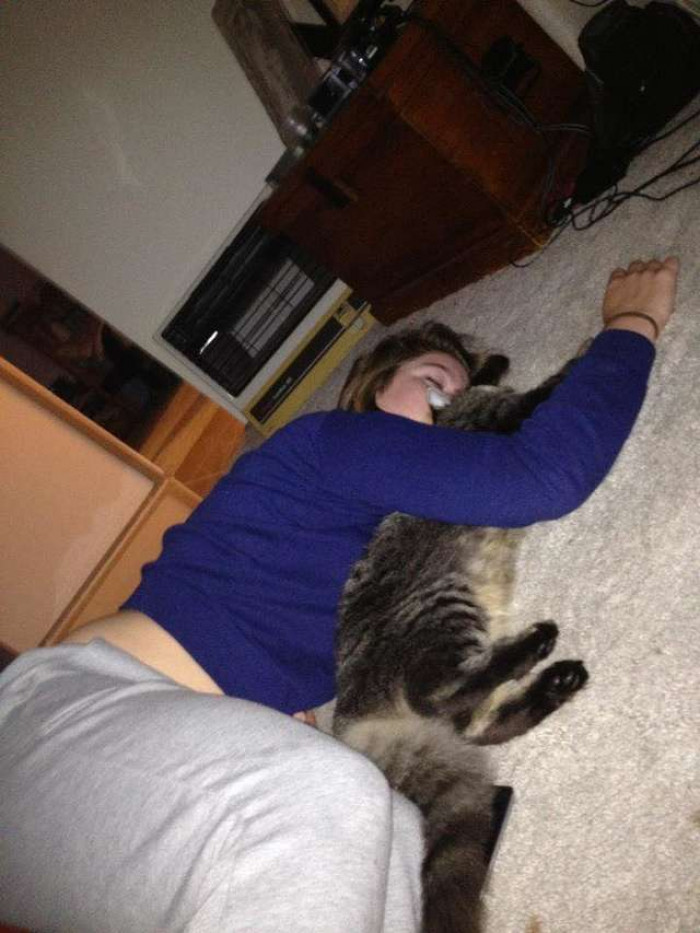 Luckily, that family was responsible, and they took her to the vet to see if she was microchipped.

As soon as they were informed, Rivers and her sister hurried to the vet and were overjoyed when they found Tilly awaiting them. They were extremely happy to see her again, and Tilly was just as thrilled to see her family, too.

“Tilly just snuggled into us as if to say, ‘I’m finally home,’” Rivers said. “I can say for certain she remembers us.”

Once she was back home, Tilly settled in instantly, so excited to finally be back with her family. 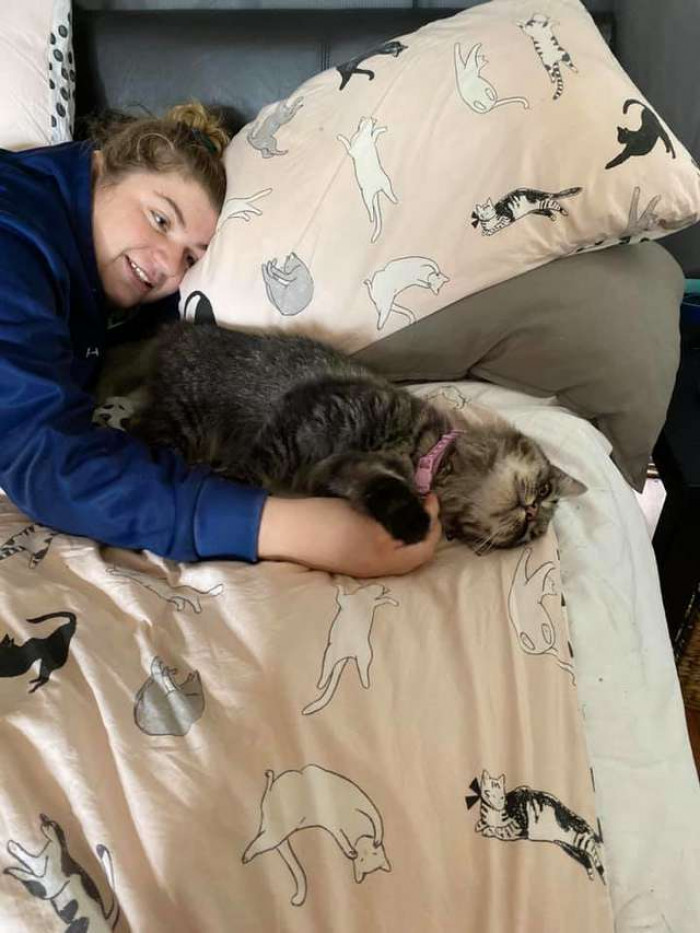 Now, she refuses to be without them and needs someone by her side at all times.

“She hasn’t stopped eating and curls into my arms every night for cuddles,” Rivers says. 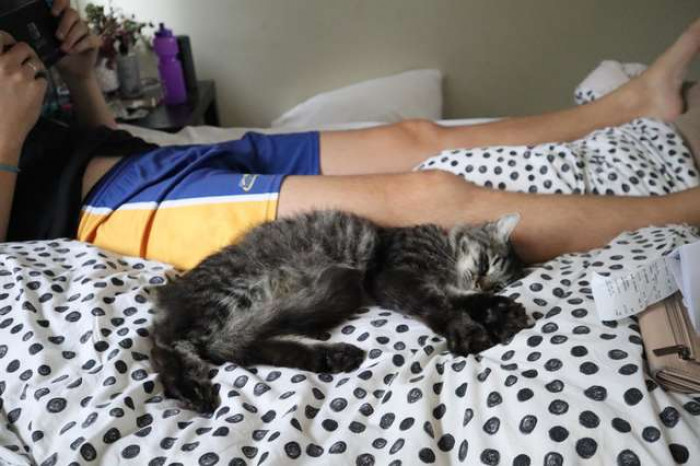 She follows us everywhere, never lets us out of her sight. We thought she’d try and get out again but she has no interest at this stage of leaving the house.”

Even after six long years away from each other, everything is still the same. 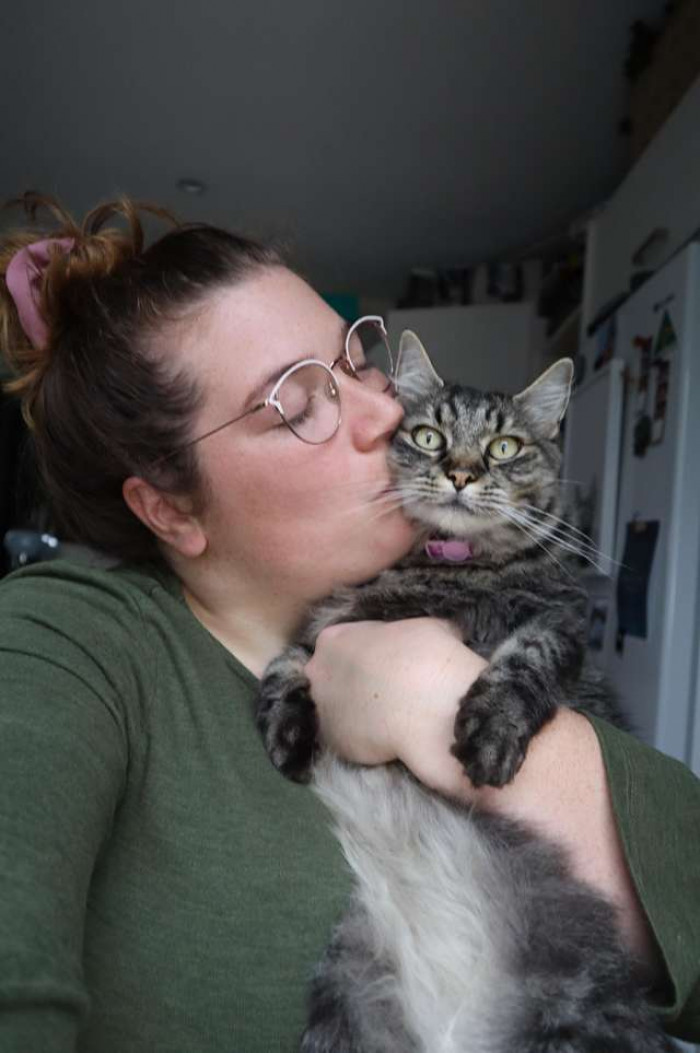 Tilly is still the loving cat she’s always been, and she and her family are so glad that she’s finally back home, where she belongs.

“We’re just so overjoyed to have our baby back,” Rivers said.