Cheryl Yates, a woman from Ontario, Canada, knew she had to do something to help her 88-year-old father, so she joined forces with her family to help him.

Her dad Bob, 88, suffers from the final stages of dementia. He is a cat lover and has been his entire life. He raised nine cats. At one point he began asking for his cats very often.

He is restricted to a hospital bed, so a real cat is not an option.

Cheryl bought her father a robotic cat from Ageless Innovation's Joy for All. It is a company with a mission to help our aging loved ones, and they are doing a great job – Bob was thrilled. 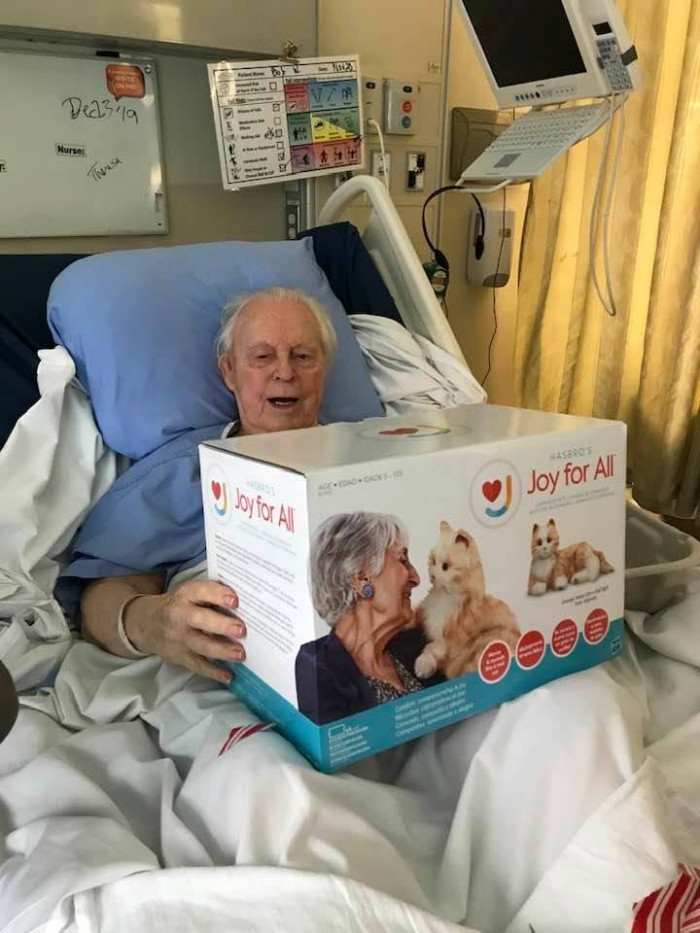 "My father loves cats and dogs, especially cats. He was a real cat man and always had cats," Cheryl said in her Facebook post.

"For Christmas, we bought him a Joy For All robotic lifelike companion cat in his favorite orange and white tabby color. This kitty is amazing, totally interactive, and responds to petting, human touch, and voice. This robotic cat purrs, meows and licks its paws.

It rolls over, blinks, and head butts. My dad LOVES this cat so much. He named his kitty Buddy and my dad is so much happier and calmer and this cat brings him so much comfort and companionship." 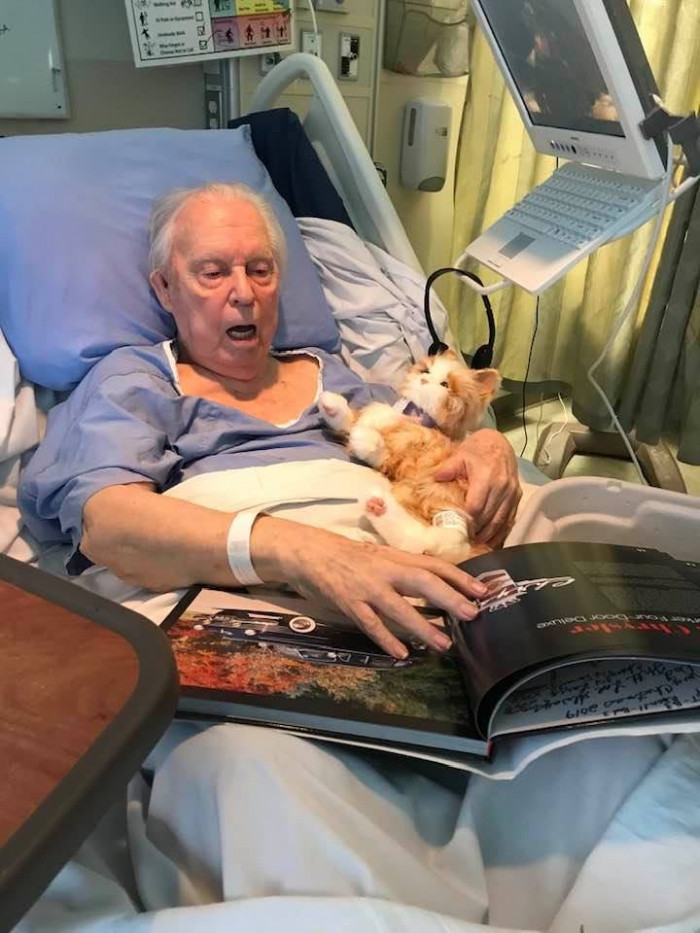 Cheryl thought her father would be drawn to his new friend given his history.

He has an amazing sense of humor and profound love for all animals, so there was no nicer gift. "My dad found homes for so many strays and took many to shelters and humane societies over the years," she said.

"He always donated to humane society and animals shelters. He loves animals so much and was always asking for his cats, so now he has his kitty again.

To him, this cat is as real as a real kitty, that is the silver lining. It's one of the last wishes he is getting. He can't come home, but he now has his kitty with him." 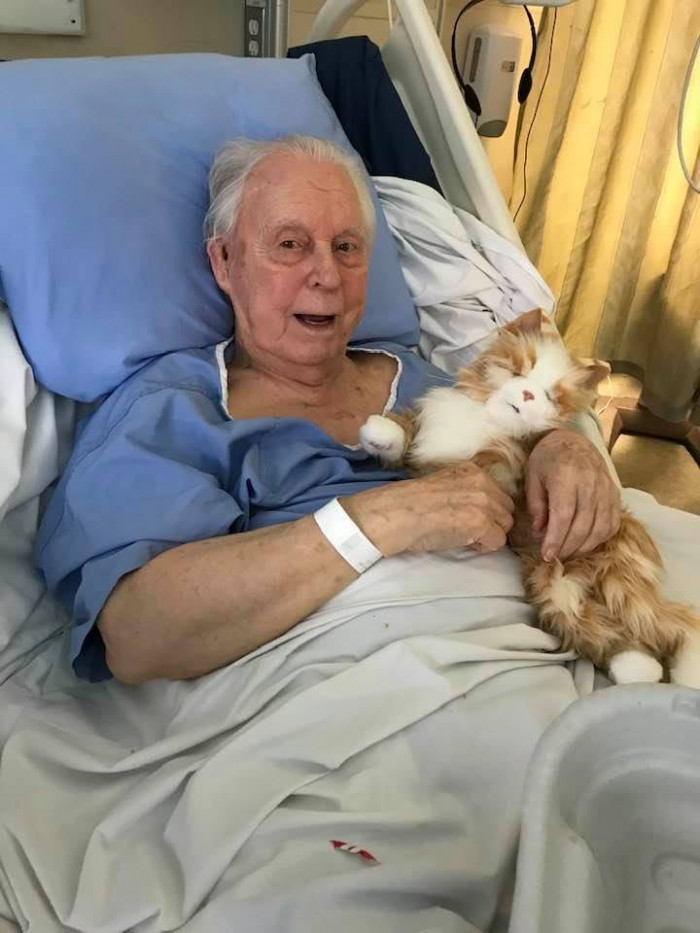 Cheryl and the hospital staff noticed a big change in her father's behavior.

"To see his face and eyes light up that he has a kitty again was priceless. It made me cry," she described. "My dad was so happy on Christmas Day.

He holds the kitty in his arms constantly. My dad believes this is a real, live kitty. All the nurses were blown away by the difference in my father.

I highly recommend these companion robotic cats for any seniors with dementia or Alzheimer's." 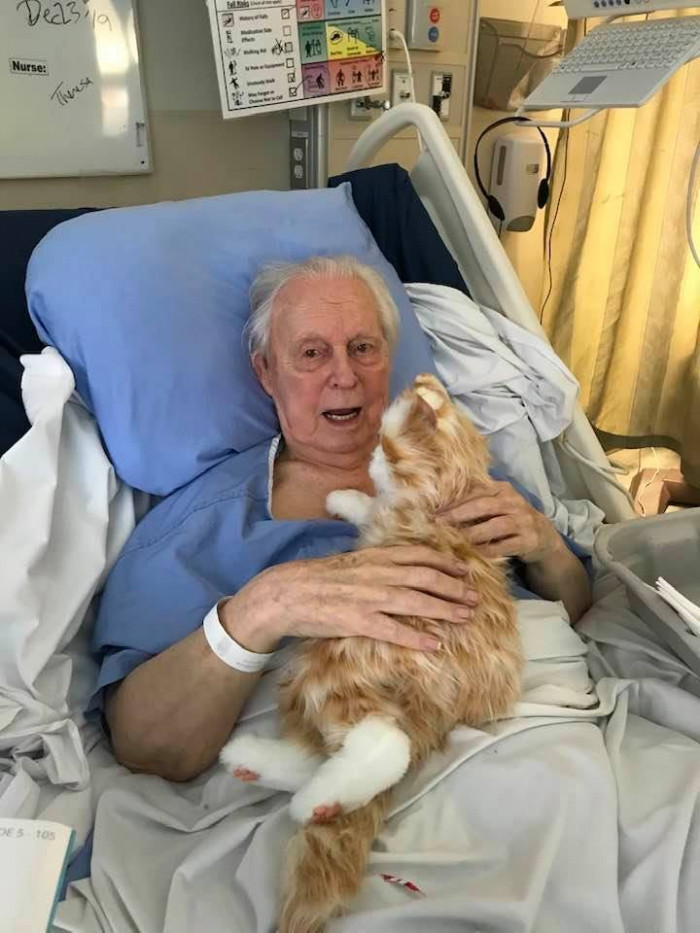 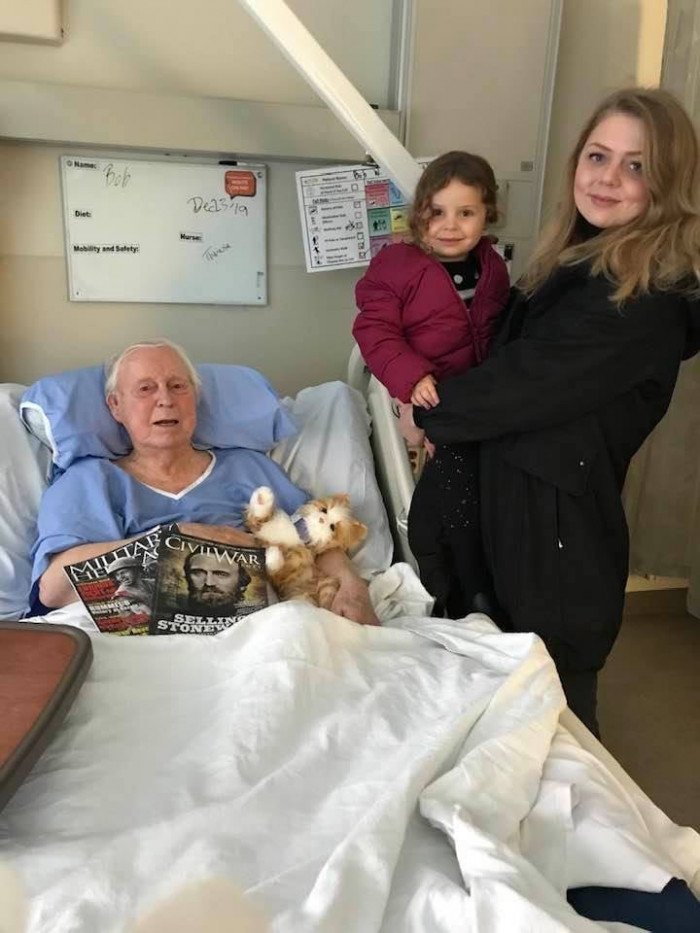