Returning a lost pet to their owners is a great feeling. If some reward is mentioned, even better. But some people make promises they have no intention to keep so that they would get what they want.

One family offered a $500 reward to a person that finds their lost cat. When a person appeared at the door with their cat in his hands, they couldn’t be happier.

But the feeling was short-lived when they realized that the nice person actually wanted the reward money they promised.

The man who brought them the cat disappointed by this experience, and he asked the ‘Am I the Assh*le’ community on Reddit for a verdict on his actions. 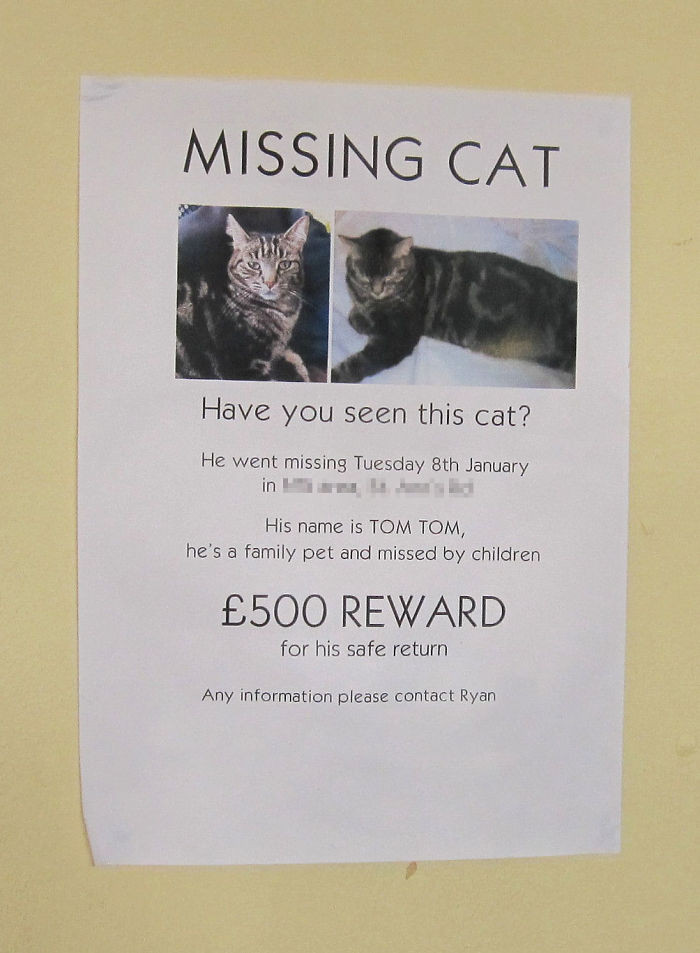 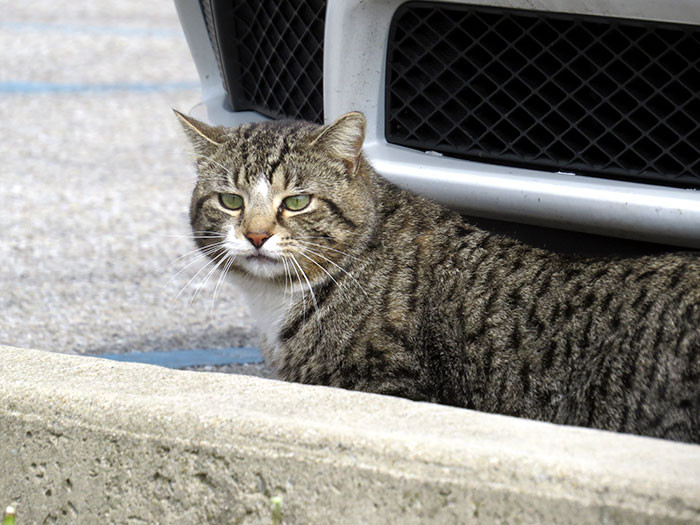 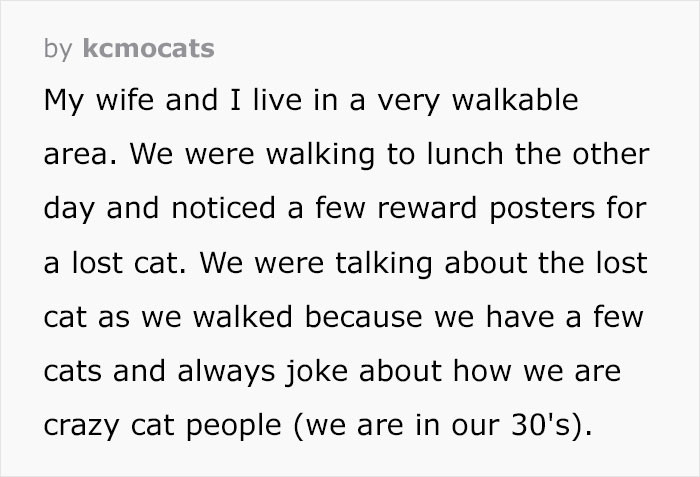 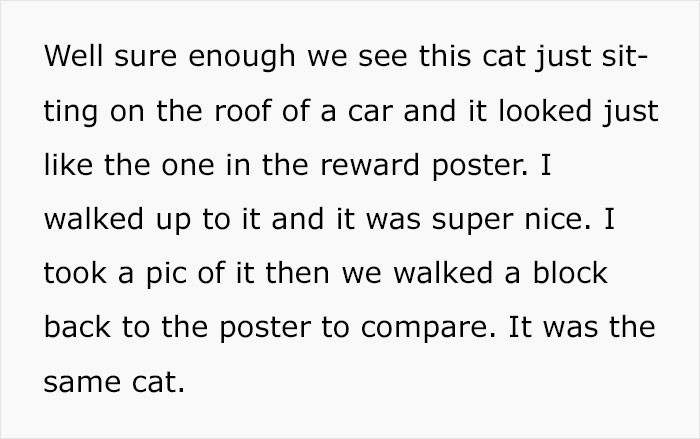 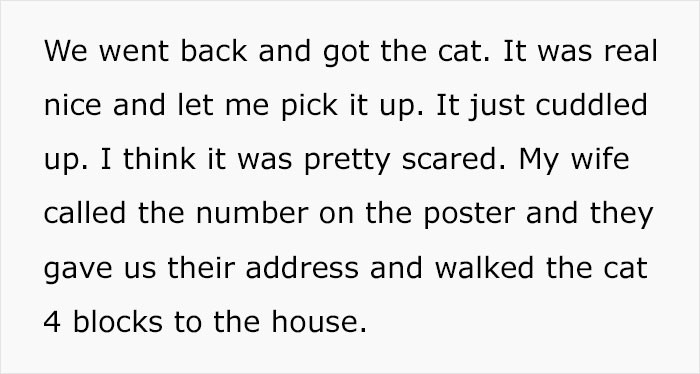 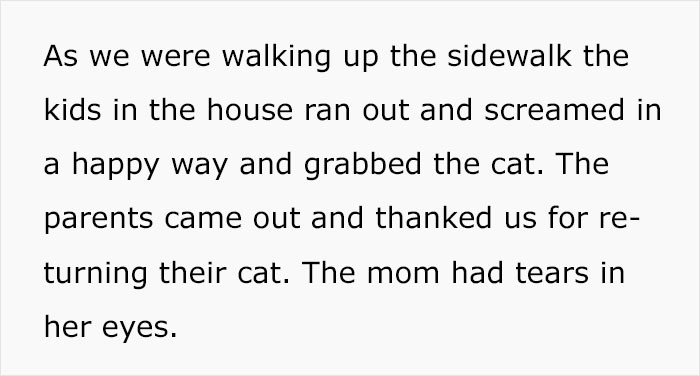 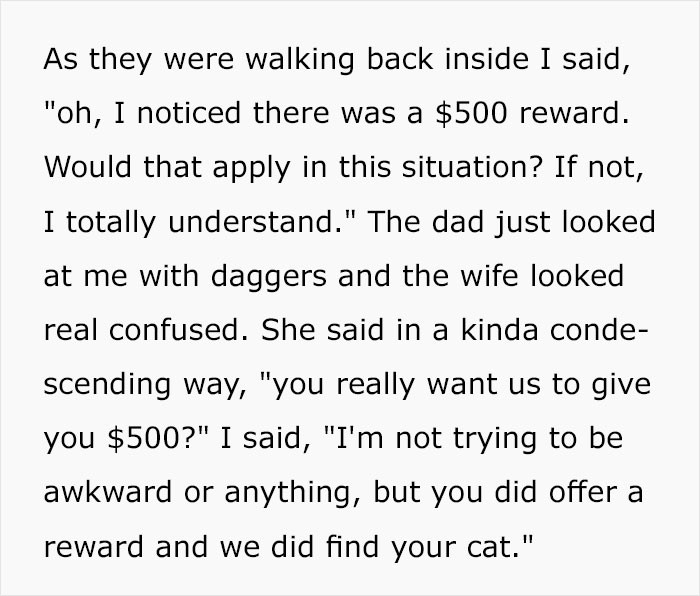 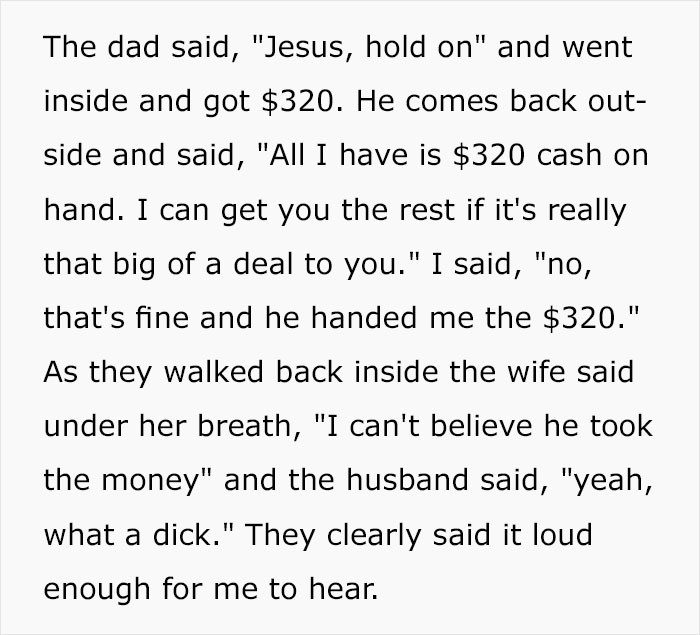 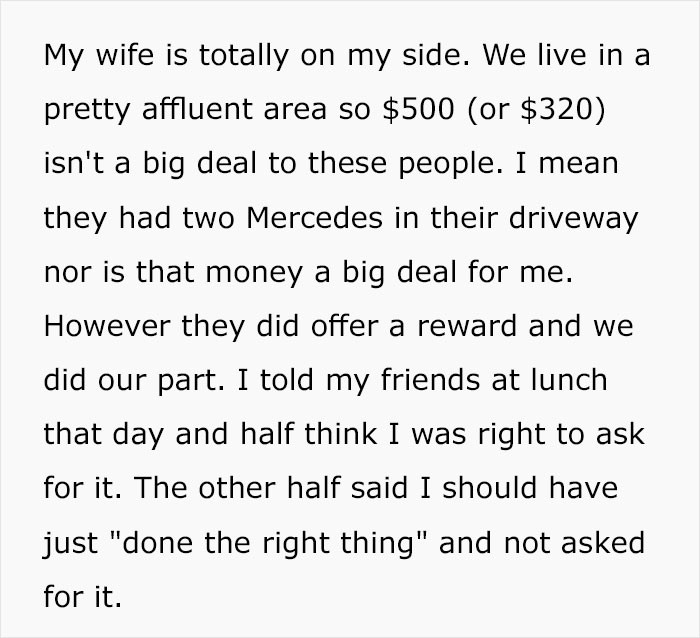 IReddit user Kcmocats’ post on the AITA subreddit has over 15.7k upvotes. He received 3 Silver Awards and was officially declared as ‘not the assh*le.’

Most members believe that Kcmocats is right. How can it be wrong to ask the money that was promised? Why do people make promises they don’t plan to keep? And how can you be mad at someone that reminds you of your promise?

So, what’s the conclusion, should you or should you not offer a reward in such cases? Unfortunately, there is no clear answer.

Should pet owners offer a reward? Pet FBI says that there is an ongoing debate about that because in the “vast majority of the successful reunions,” there was no reward involved. But sometimes it can help things move faster.

It can make more people be on a lookout for a pet, and more intensively. But it is a bad idea to state the exact amount of money you are offering. Some people house and feed pets before returning them, even take them to the vet, so they should be reimbursed for their effort.

Some people believe that offering high rewards may be encouraging pet-napping (i.e., kidnapping pets for profit).

If someone finds your pet, contacts you, but refuses to hand it over before receiving money, that is called extortion, and you must call the police. 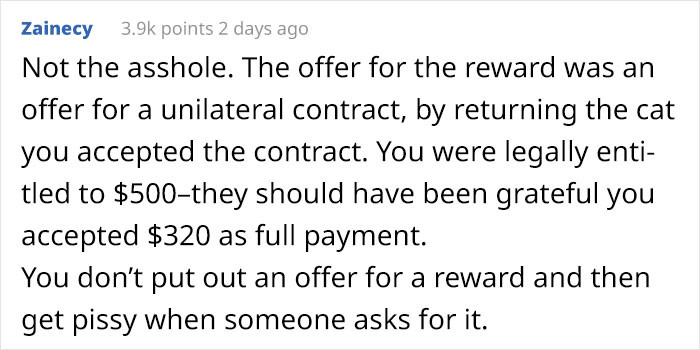 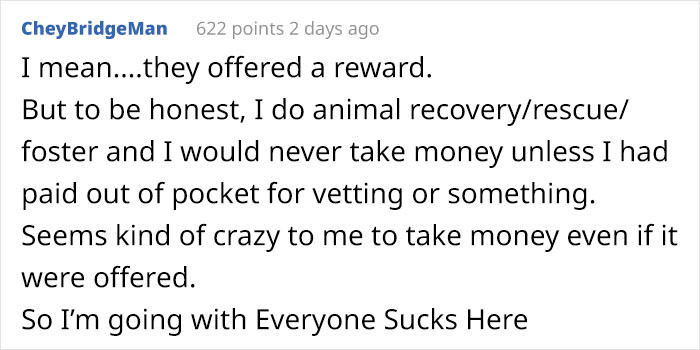 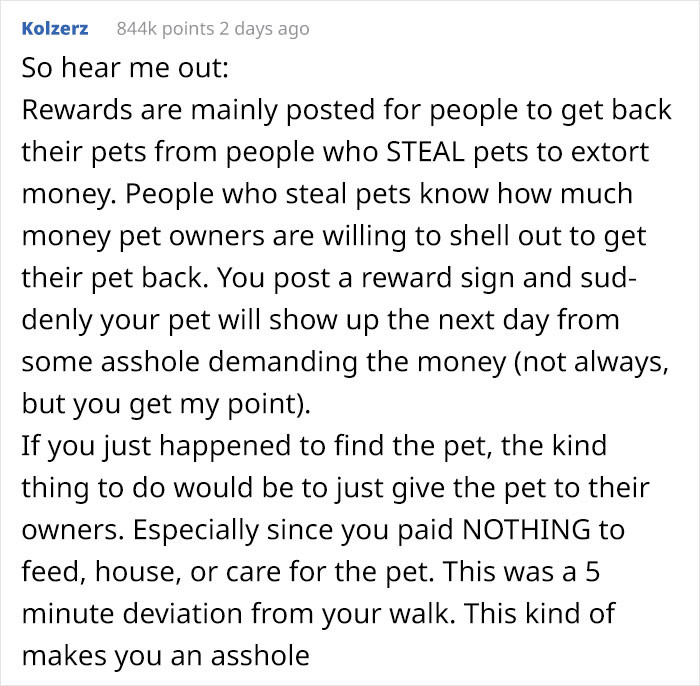 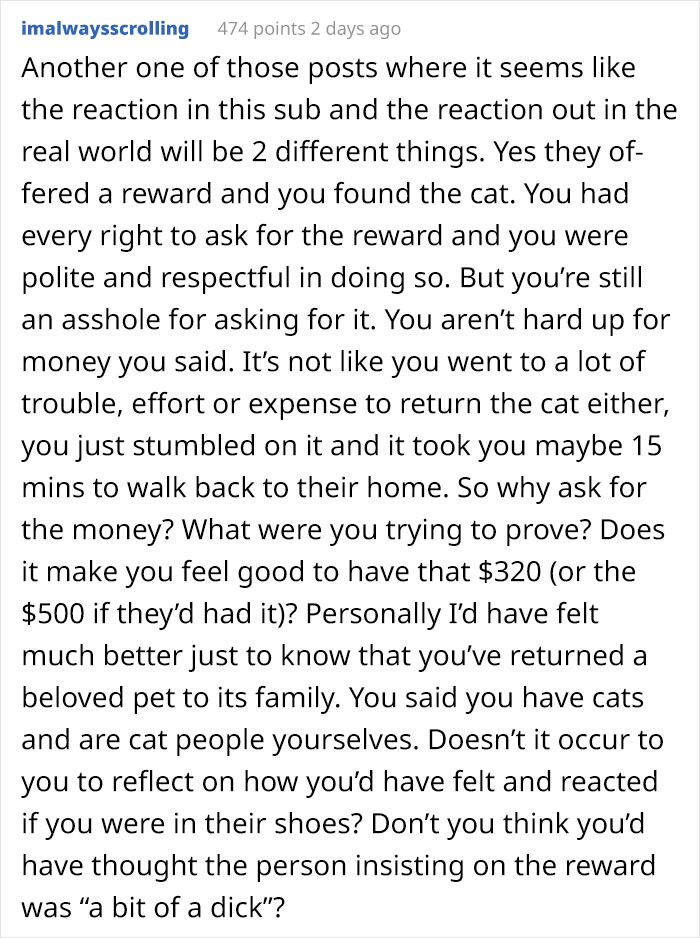 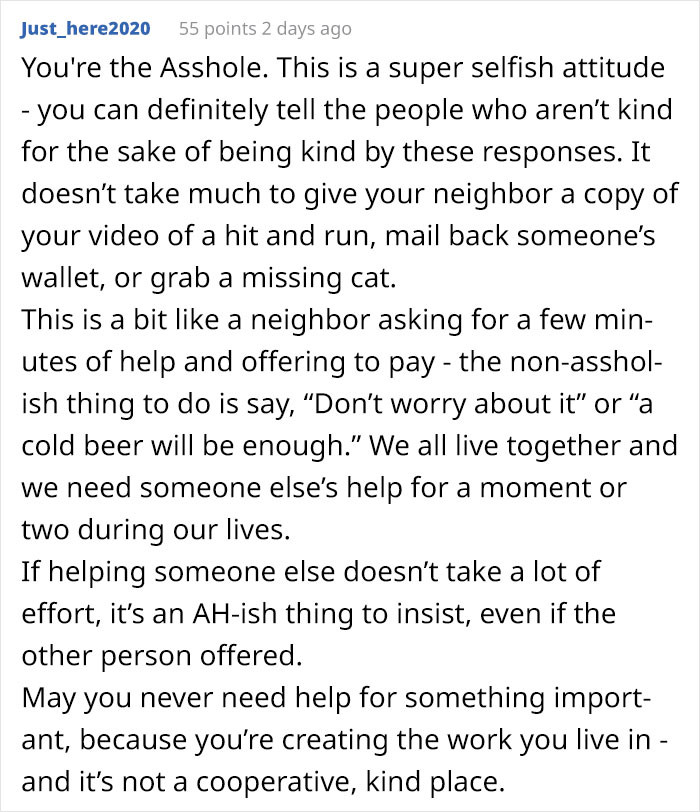 Did you have similar experiences? Share them in the comments section.