The Hilarious Twist Behind the Cat That Went Missing

Clive the cat lived a great life in the home of an English family. Tanya and Jonathan Irons, along with their daughter Elizabeth, loved their cat dearly. Terribly, some time in 2014 Clive got out of the house and disappeared. Devestated, the family searched everywhere for their beloved feline. Clive was family to them and they searched high and low, desperate to bring him home.

After searching for so long the devestated family finally came to terms and assumed they never sweet heir sweet Clive again. 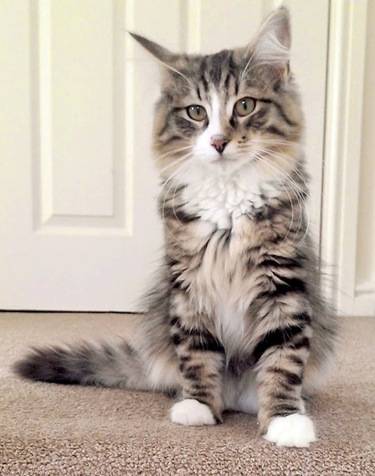 According to the UK Kennel Club, more than 50,000 cats went missing in a single year when Clive disappeared. Losing our pet companions is never easy and it can feel like torture knowing they are somewhere outside, lost and alone. The Irons family deeply mourned the loss of their beloved friend.

Astonishingly, 14 months after Clive disappeared he was unexpectedly found in the most delightful of places!

It's certainly not every day that a cat who went missing that long ago is found but that's actually not the craziest part about this reunion story!

Not only was Clive found alive and well but he was only a mere two miles away. Even better? He was living it up in what I can only assume is a version of cat Heaven on Earth. He was found in a pet food factory! 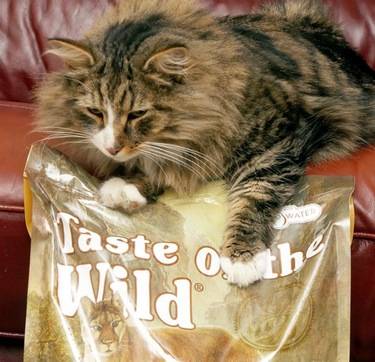 It remains unknown how exactly Clive made his way in to the factory, let alone how he managed to evade detection for what we assume is the duration of his time missing from home, but we are all pretty sure why he made himself comfortable and stuck around for a while.

When Clive was finally caught he weighed in at double the weight he was when he went missing. Clive basically made himself comfortable and ate his weight in pet food. If that doesn't sound like a cat's dream come true, I don't think I know what else would.

Of course, that's not all there is to tell of this incredible story.

Clive's inevitable demise came after factory employees noticed cat poop and that cat food had gone missing. Can we all pause a moment and picture the looks on the faces of the workers when they unexpectedly stumbled on cat poop?

Alas, Clive was happy in his little corner of food heaven and he evaded their every attempts to capture him. I imagine he enjoyed being such a smart kitty as he continued to plump up at every opportunity he had.

Amusingly, Clive was finally captured when the employees devised a plan that no gluttonous cat could truly resist.

Clive is pictured here reunited with his mom and dad. 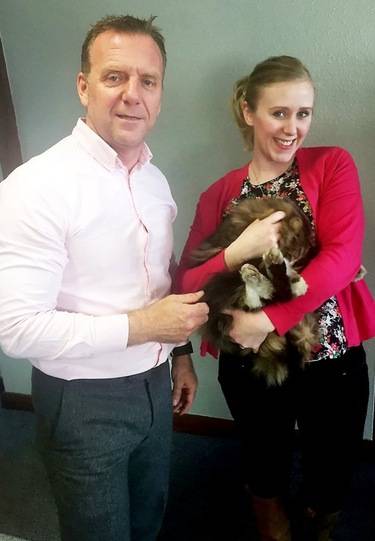 The factory worker's brilliant plan was actually quite simple. They placed treats in a line leading up to a pressure sensor. When the fat cat pressed down, a basket came down on him, trapping him. I imagine he let out a sigh of exasperation (well probably not literally of course,) and knew his feeding frenzy had come to a bittersweet end.

Once caught, Clive was taken graciously to a local vet by the employees of the pet food factory where they scanned his microchip and were promptly able to locate his old family. Microchip technology in pets has an astonishing rate of success, boasting more than half of all pets who go missing are reunited with their families because of this technology!

The Irons family felt a wave and variety of emotions upon reuniting with their dear cat. They were relieved and thrilled to have him home. They were utterly shocked by how much he had grown! In fact, Elizabeth was so shocked by Clive's enormous weight gain that she was not convinced it was even her sweet Clive that came home.

If you're anything like me then you're wondering what home life has been like and I'm excited to inform all of you that Clive is right back at home with his loving family and everyone is thrilled. The Irons family has said that despite what a picky eater Clive used to be he has come home to maintain the eating habits he devloped in the factory. The ravenous cat is happy to spend his days plopped in front of a bucket of food.

Reunited and it feels so good! 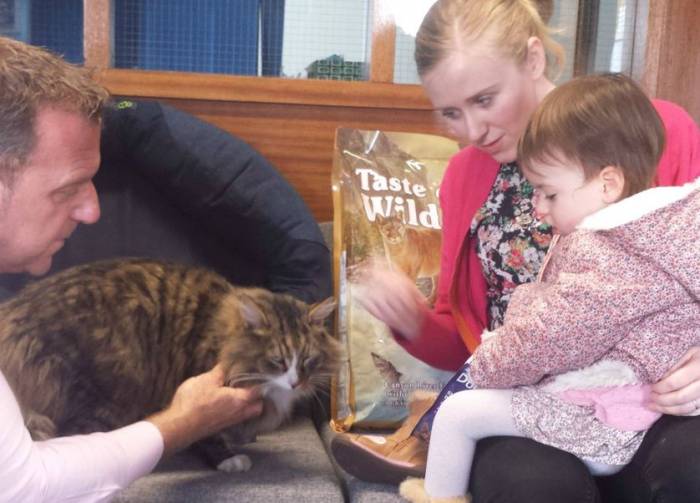 What a cheeky puss!