For whatever reason the global population often has some major misconceptions about kangaroos. We just love the idea of those cute little pouches for carrying babies and they are soft, fluffy, jumping cutie pies! Except they're not. They are not overgrown bunny rabbits, folks. Kangaroos are large, impressive animals that may as well be made of pure muscle and intensity. Some kangaroos can move 15 feet (7 meters) in a single hop and get as large as 6 feet tall (tail included) and weigh as much as 200lbs... easily!

You definitely don't want to underestimate the power these herbivore hoppers possess, and anyone living in Australia can assure you of that. Kangaroos are strong, powerful, and vigilant about self-defense... and they can definitely whomp you good.

So when Jackson Vincent and his dog, Dharma from Perth stumbled on one bathing at 11:30am while strolling his family's property to visit the old creek, he knew it was both a sight to behold and a serious issue of safety. 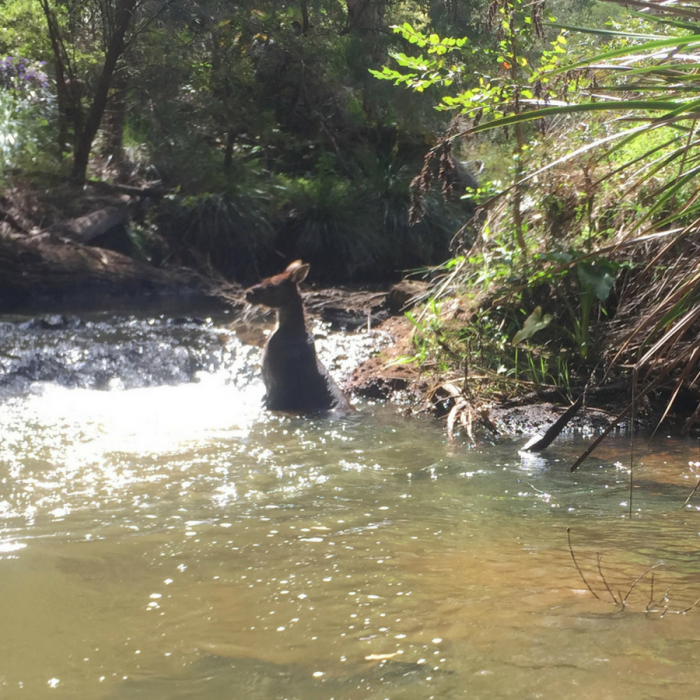 In his own words:

As I ran around him to take a picture he came closer and that was when I realised he was coming right at me and he was really big. I am pretty confident around animals but the moment when he started to come out of the water my heart definitely jumped and I decided to take a few steps back. He looked to be at least two metres (6ft 5in) tall, or taller, and must have weighed at least 100 kg (16st). 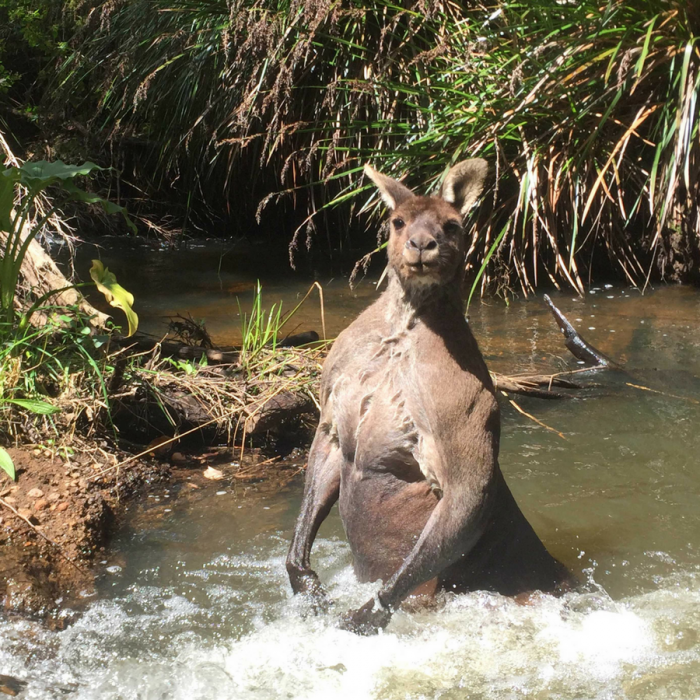 However amazed he may have been by the sheer magnitude of the roo, he realized the seriousness of the situation very quickly:

He had a really big body and was taller than me. There are a lot of roos at my grandma's place but I have never seen one that muscular before - he was a big macho male. I decided to get Dharma out of there as we thought the kangaroo was going to lure him into the water to drown him.

Concerned he was about to 1v1 the beefcake, he said:

His claws were really big - they were as long as my hand. That for me was even scarier than his muscles, they looked nasty. I have never seen a kangaroo be so defensive - it definitely looked like he was puffing his chest muscles up. I definitely wouldn't like to take him on in a boxing match. 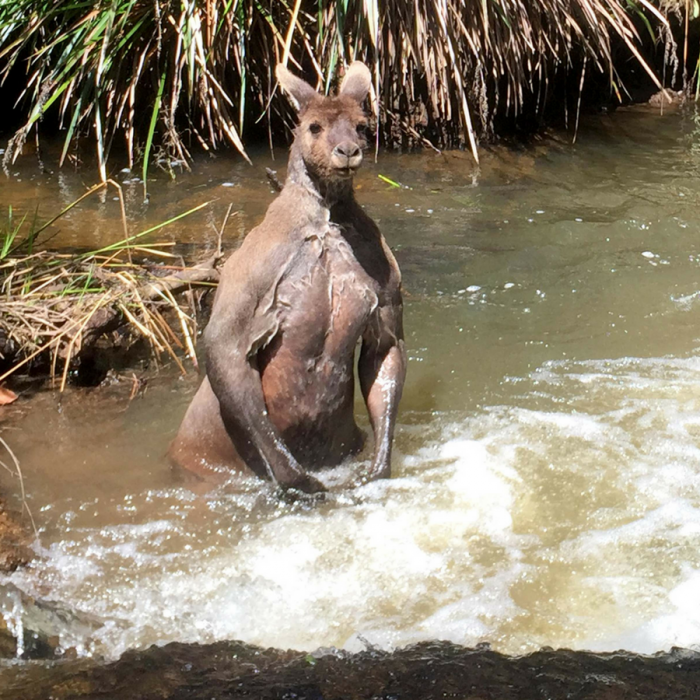 Definitely cannot recommend enough that you avoid fighting a kangaroo... they're known to take down vehicles and people alike, with no hesitation and without breaking a sweat. They are the real deal when it comes to being macho. Jackson definitely made the right call skipping the boxing match that day but the story and photos are definitely fun for all of us to enjoy!