Rescue Kitten Finds His Doppelganger And They Become BFF's

They say there is at least one doppelganger in the world for everyone, but have you ever wondered if that's really true? Or better yet, have you found yours?

Well, Unagi, the adorable rescue tabby, has found his. His name is Suzume, and they are the cutest pair you will see all day. I guarantee it!

Suzume's human mama happened to come across a shelter website during her work break one day, and she couldn't help but notice a kitten who looked exactly like hers. It was Unagi.

The lady decided she just had to adopt him, and since kittens are usually only kept at the shelter for a week, she didn't waste any time. She took a day off from work and drove out to the shelter in Yamaguchi to meet Unagi.

After getting the all-clear from the vet, Unagi was taken to his new home, where he was introduced to his new brother, Suzume. Unagi was very timid and afraid at first. He needed some time to adjust, so he stayed in his carrier for a while.

Unagi was actually bigger than Suzume, who had also been a rescue kitten. The two kept a distance from one another at first, checking each other out from afar.

After becoming acquainted with each other, and getting used to each other's scents, the pair began to get closer each day until they eventually became inseparable.

Scroll down to see some adorable pics of the "twinning" BFFs! You can also check out their Instagram for more. 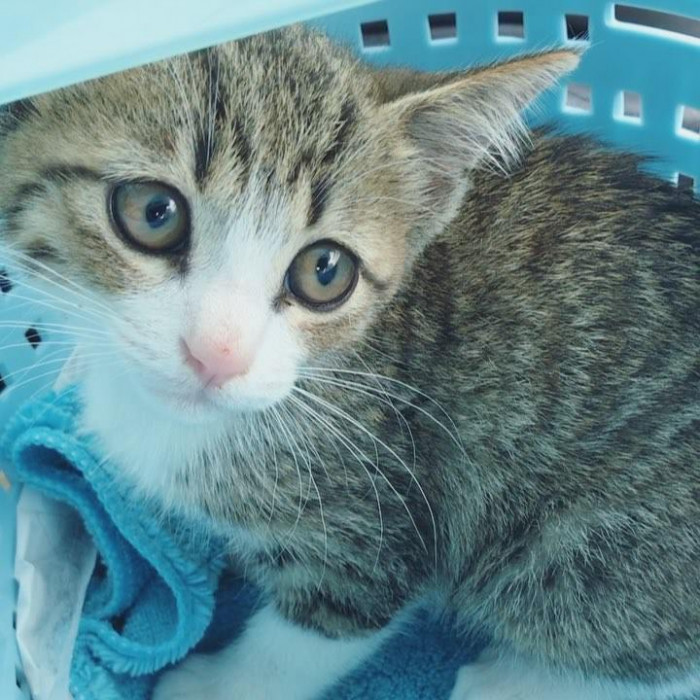 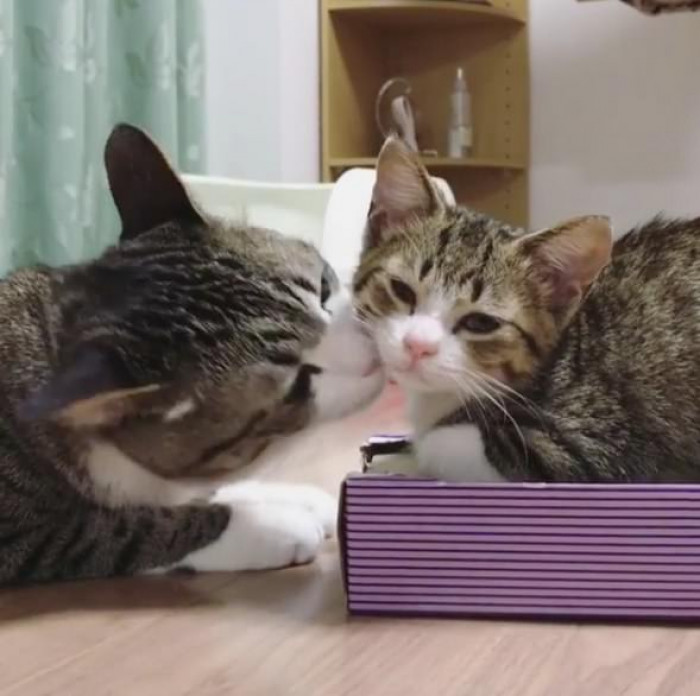 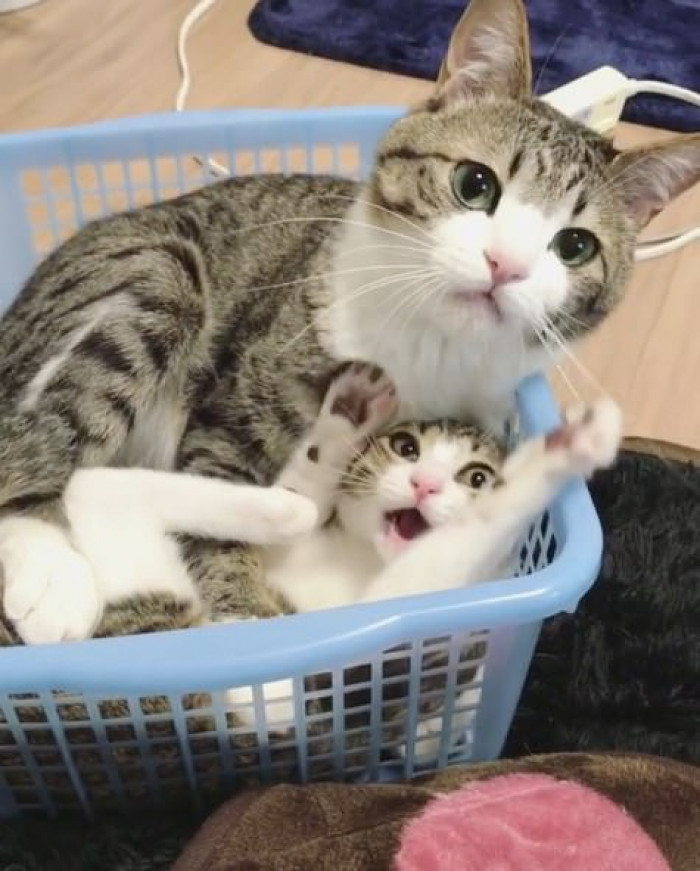 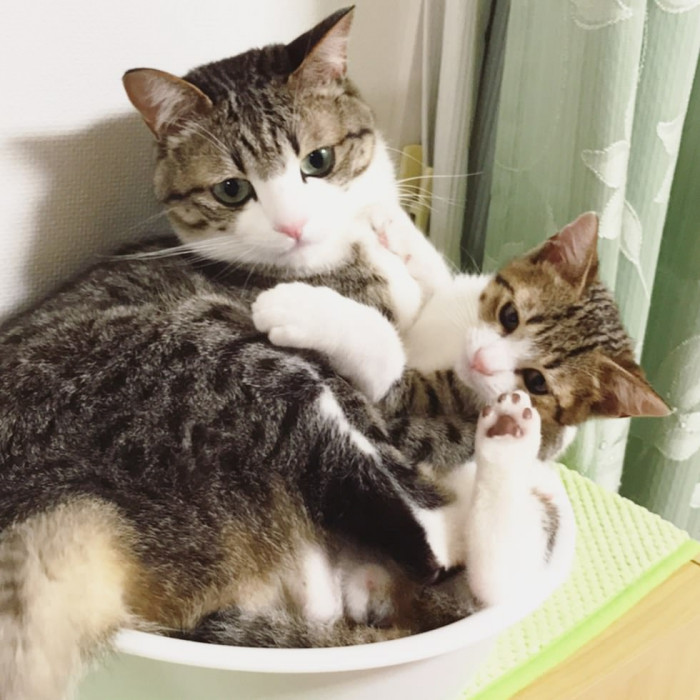 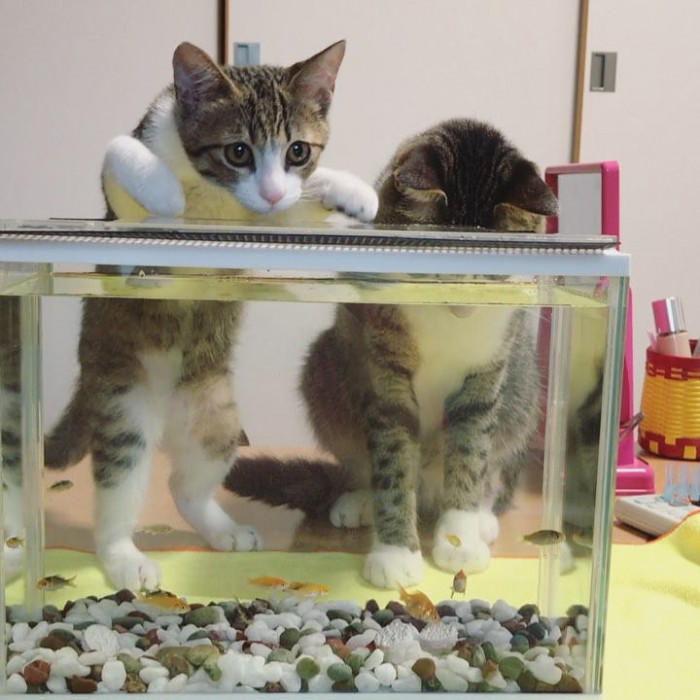 Suzume was also a rescue kitten, so he understands what Unagi needs. 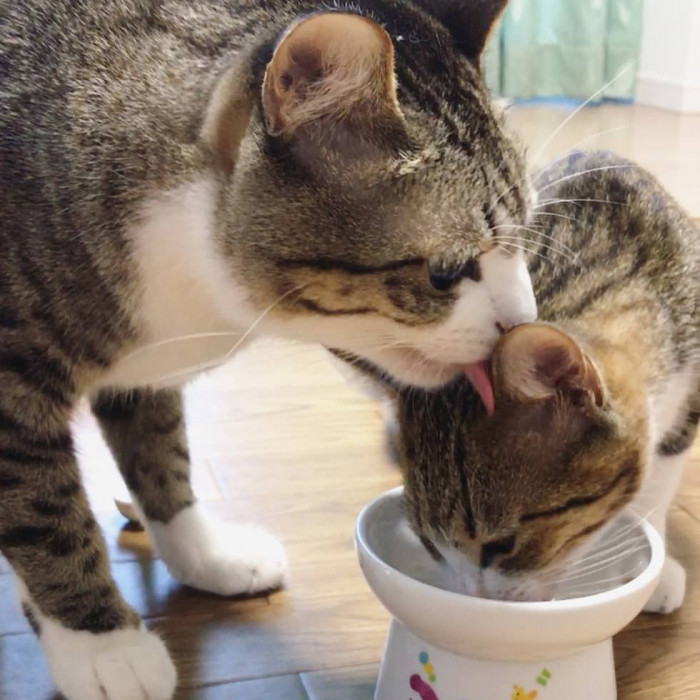 The pair are almost identical. 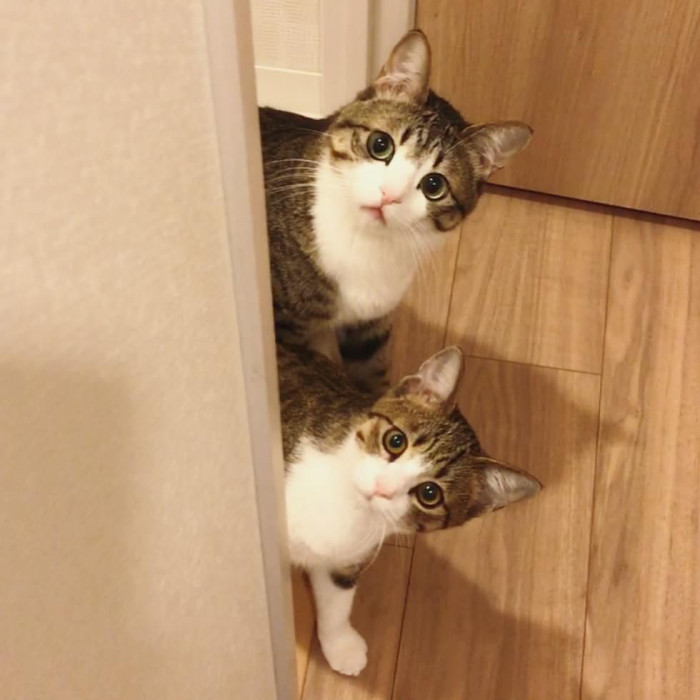 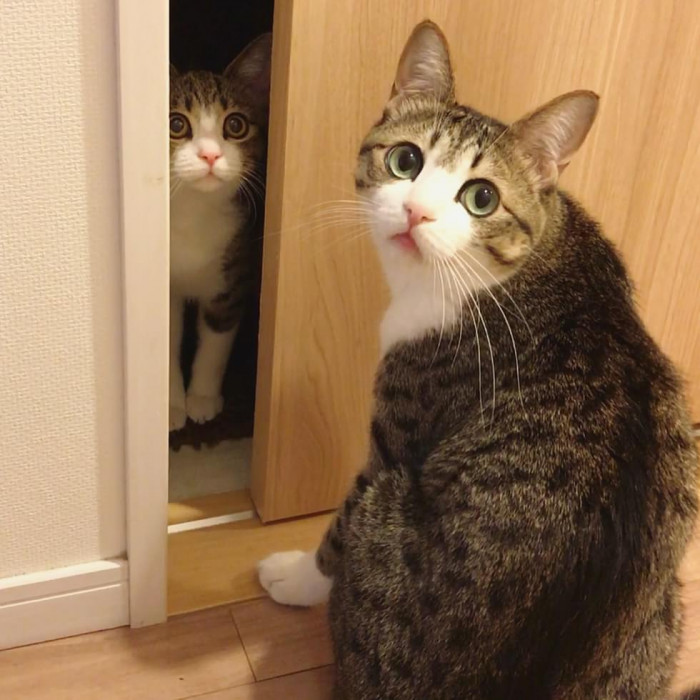 And they are happiest when they are together. 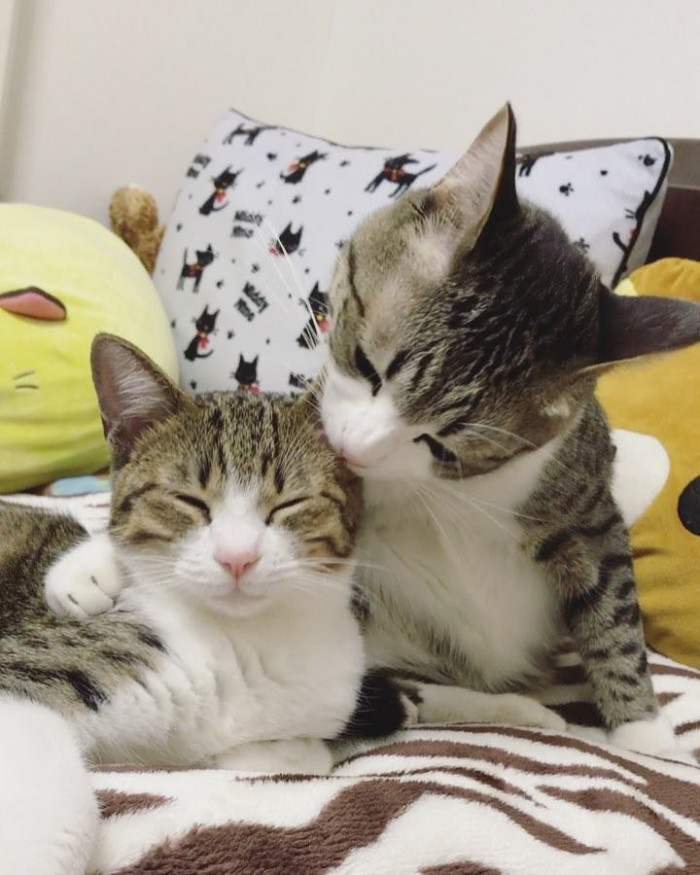 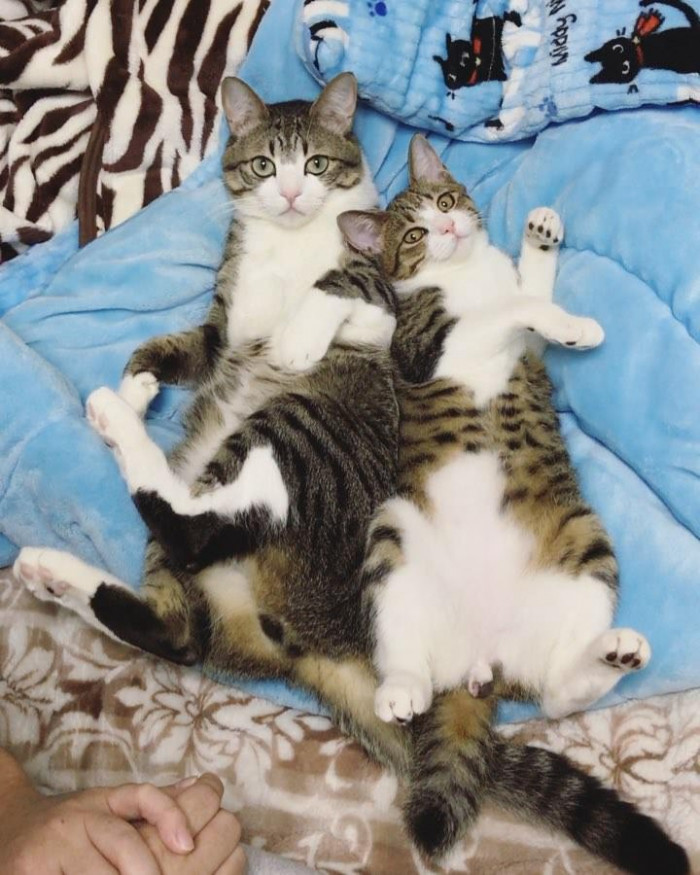