I've always been one to believe in soulmates and love at first sight, but who has ever really given much thought to it when it comes to animals? Well this story is sure to make you believe and I must warn you, this is absolutely adorable.

Meet Sophie, a beautiful rescue kitty from Boston who was adopted back in 2014. It didn't take long at all to go on her very first walk in which she spotted her secret admirer.

“I remember when I first started taking her out on the leash Scottie would come over and watch from across the lawn or driveway without coming too close,” said Sophie’s human mom. 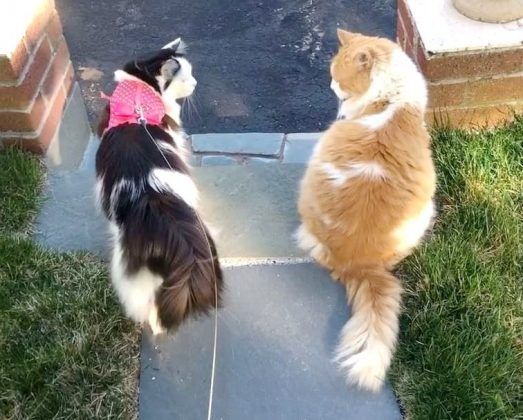 All it took was one look and Scottie was in love. He always wanted to make sure that he could see her and know what she up to. That's why he would sit and stare from a distance.

“Sophie was too busy for him…but soon he became bolder and would sit closer like he was waiting for an invite to join in. Sophie didn’t seem to mind he was there as long as she didn’t have to pay attention to him much,” said the human mom.

Then finally with just enough courage, he was able to introduce himself to the girl of his dreams.

He's loving her from a distance 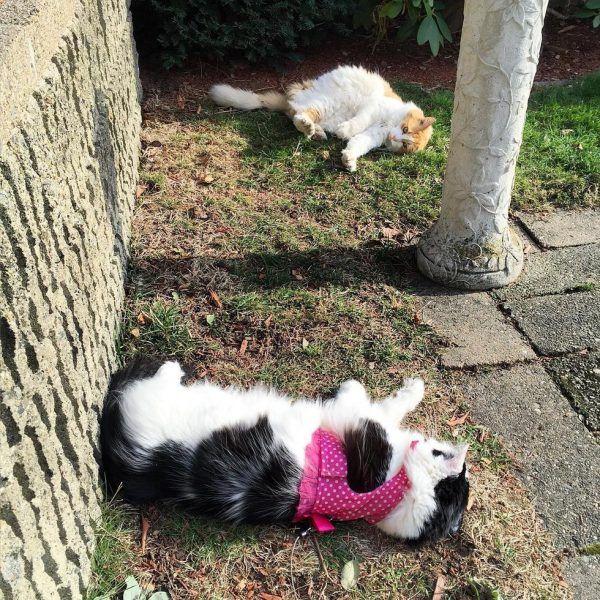 “His persistence started paying off and soon Sophie came to expect him on her adventures and allowed him to sit with her.”

No matter the distance, everyone could guarantee that wherever she went, he followed. As long as they were both outside, they would spend all their time together until the time that it was time to go back in.

They are so cute together, kinda reminds me of the romance between Jack and Rose from Titanic.

These two are definitely in love 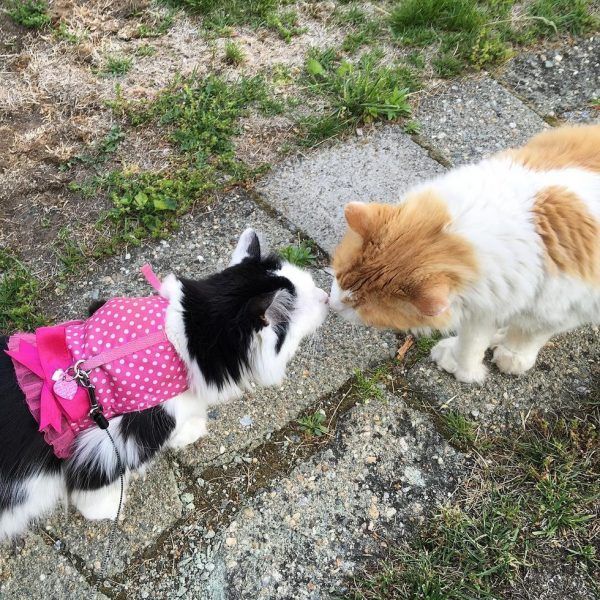