The little kitten was spotted on the streets of Los Angeles wandering alone. It's turned out to be only 6 weeks old and that it needed a home and proper care. So, the kitten was taken to a shelter in Los Angeles. The little one was in very bad shape. He had a severe upper respiratory tract infection.

The care of this little one was taken over by Best Friends Animal Society and they have nurtured him until it was completely healthy. The kitty got a new name – Finn. Small and still timid Finn didn't want to spend time alone. One of the volunteers in Animal Society, Ally W, stepped in to help. She brought Finn home, where a new friend was waiting for him. 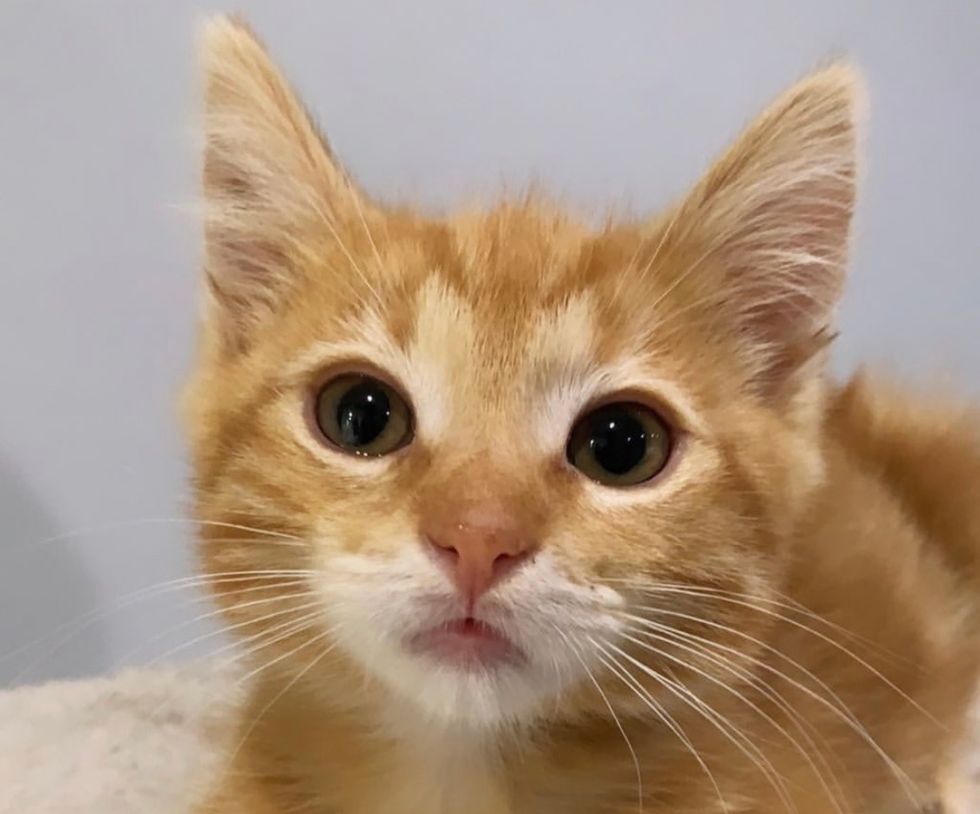 A big help, whenever she brought foster kittens from the shelter, was her cat Zephyr. Ally said "He has a big heart and lots of patience for tiny kittens. He is my foster fail kitty and has been with me since he was five weeks old" 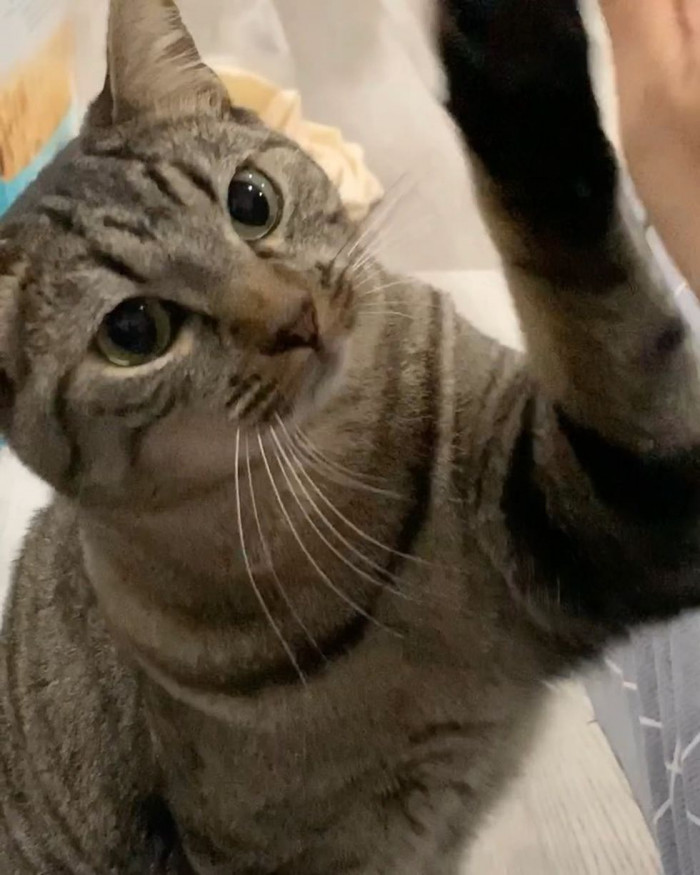 He was so timid that he didn't even leave his box. This is where Z shines. He shoved his head into his box, and shared a few kisses of welcome on his nose. The suspicious Finn couldn't resist that kindness. 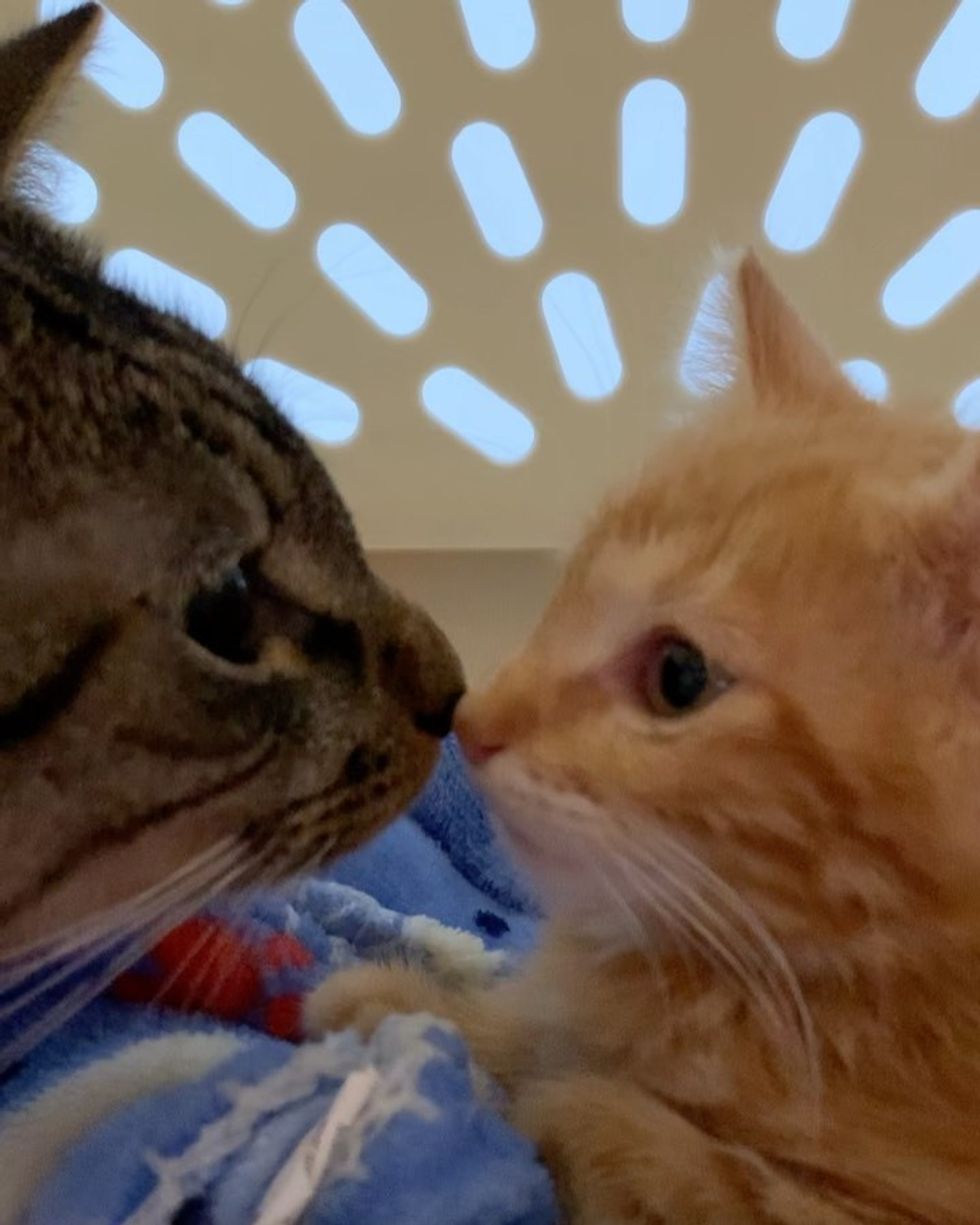 The confidence that Z possessed also helped Finn to relax a little bit. "Within a week, Z helped him come out of his shell." The fact that Z doesn't have milk wasn’t an obstacle to let the kitten comfort-nurse. 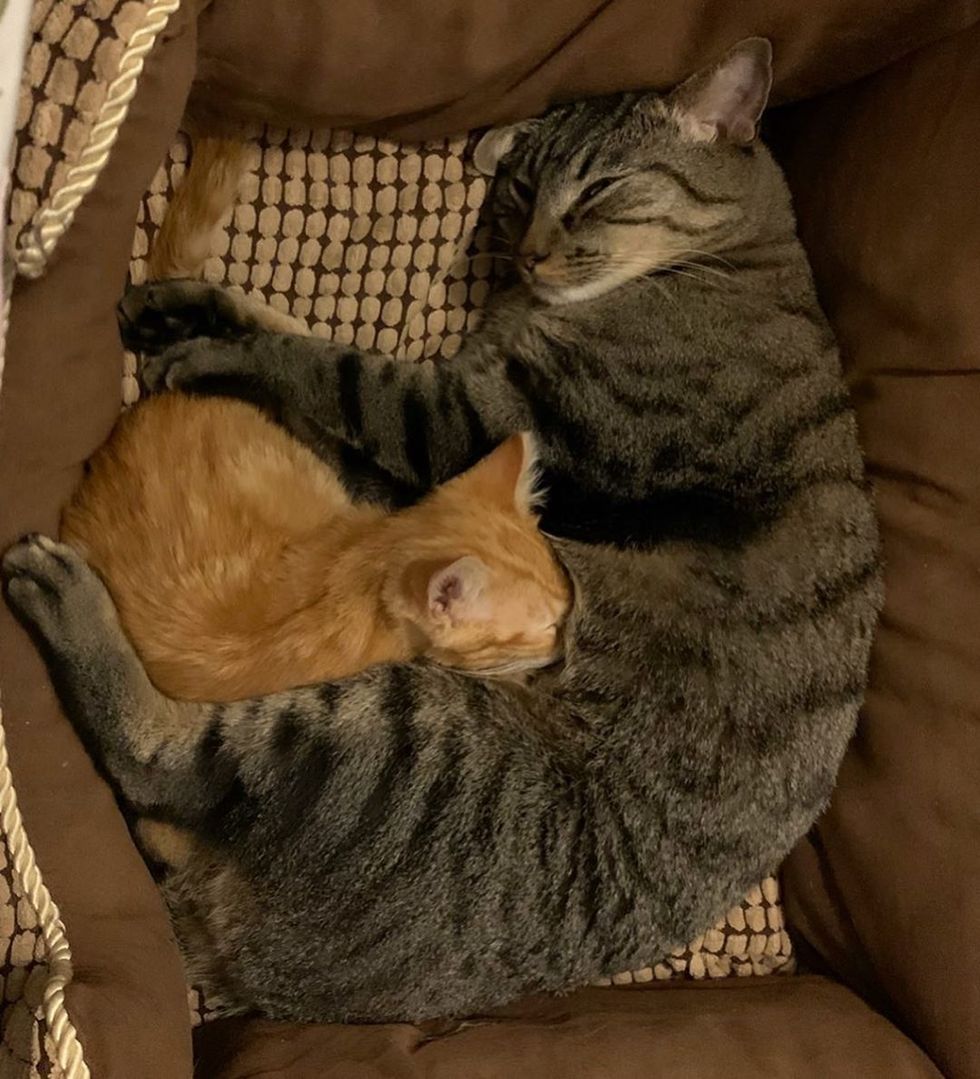 Irresistible video of Finn and Z

Finn would follow his friend on all adventures. When Z jumps on a tree, Finn jumps right after him. And when the games are over, Finn settles down next to his big friend and nap. 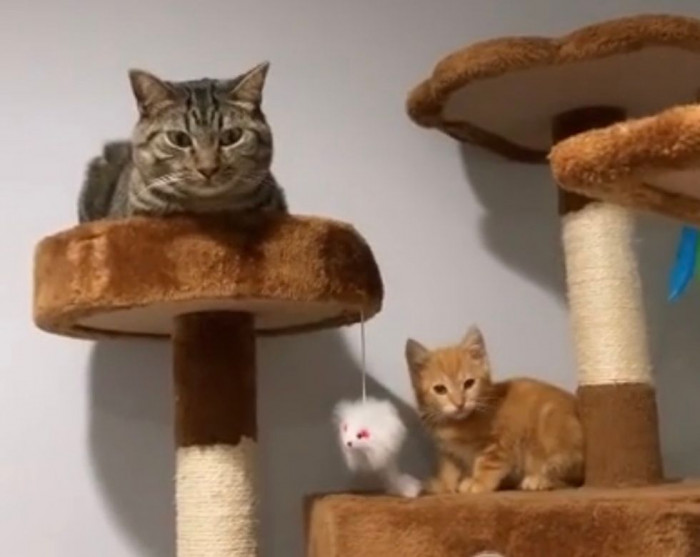 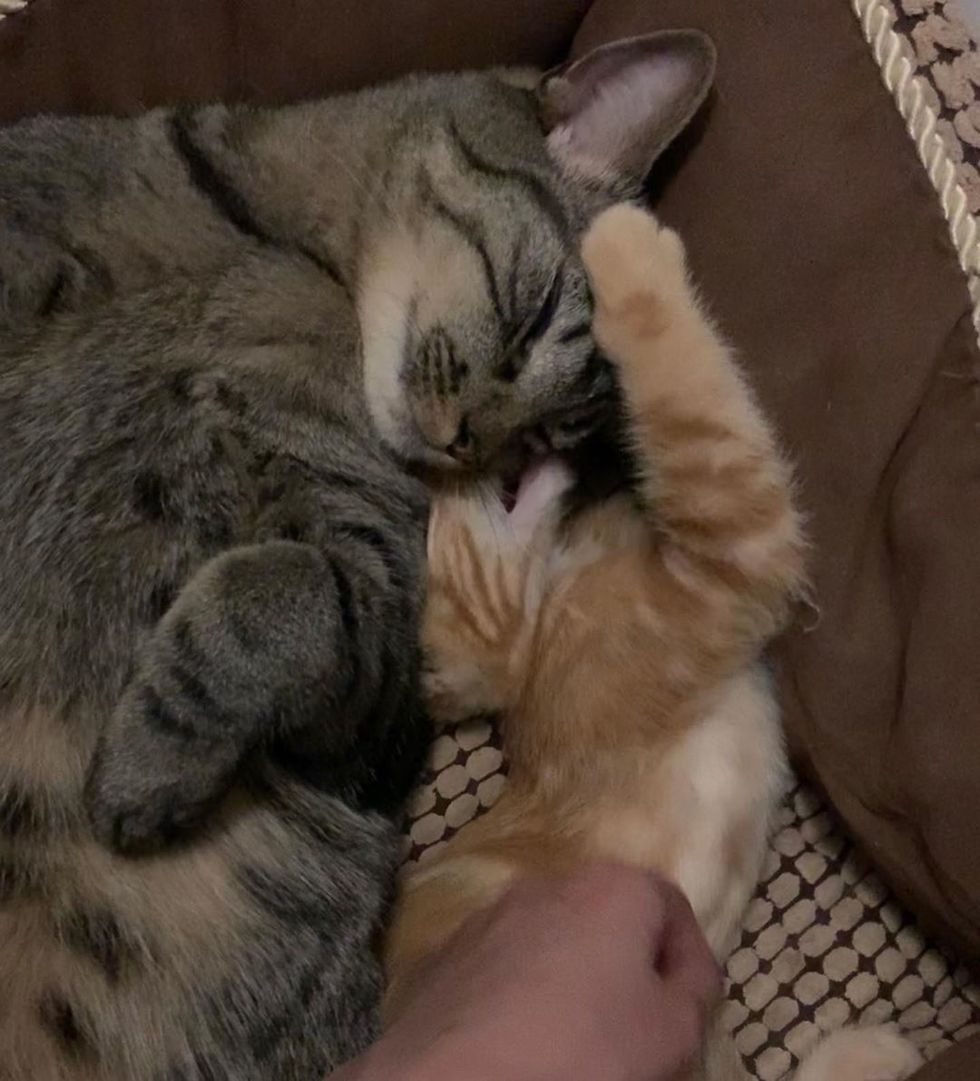 It took two weeks for the little kitten to learn to trust and become a true cuddly toy. It was a sign that Finn was ready for a fresh start and some new acquaintances. 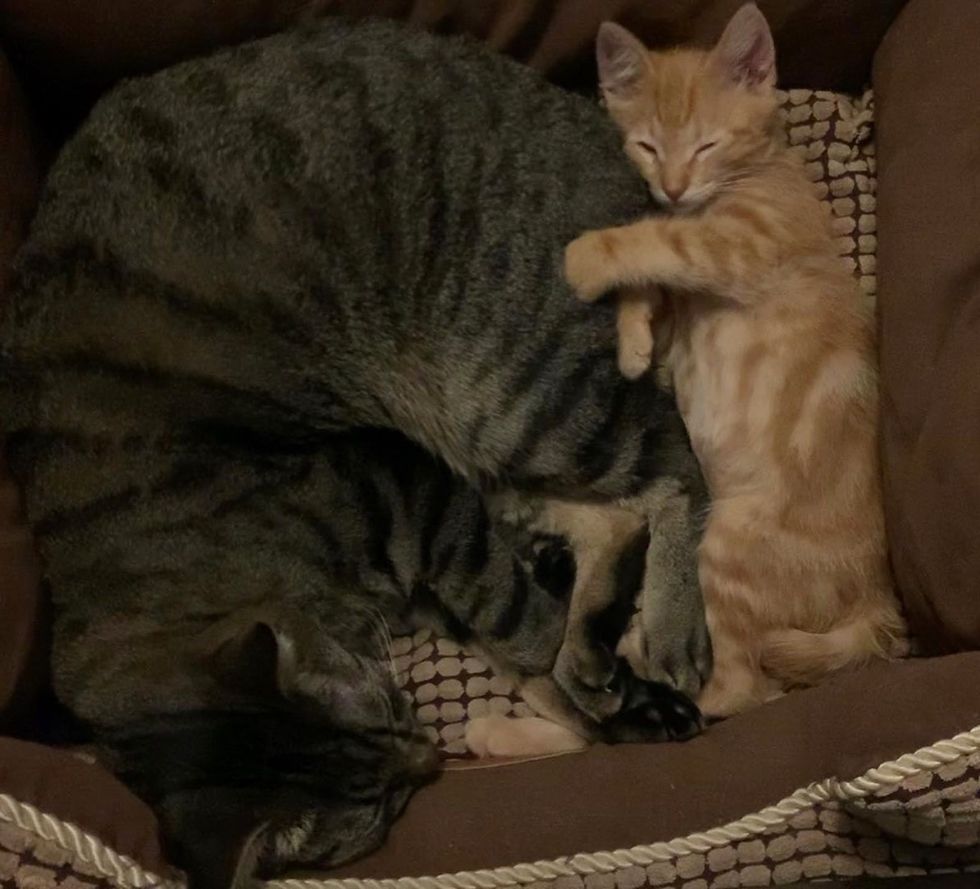 A few days before Christmas, Finn had a visit. It was his potential new family. This little kitty managed to charm them. "Finn fell asleep in his new dad's lap when they came to see him. It was meant to be." Once an insecure, afraid and shy kitten, became confident and happy, whom, with his boundless love, sprinkles on it, new family. 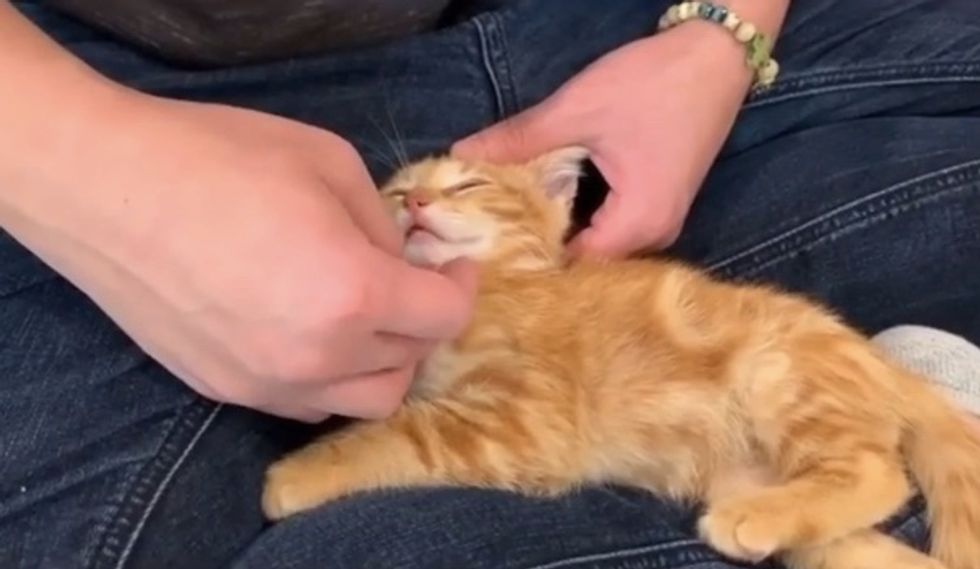 "His mom and dad love him dearly, and he has a new older brother (also a rescued cat). They instantly bonded," Aly told.

Z continued his mission of helping other shelter cats. 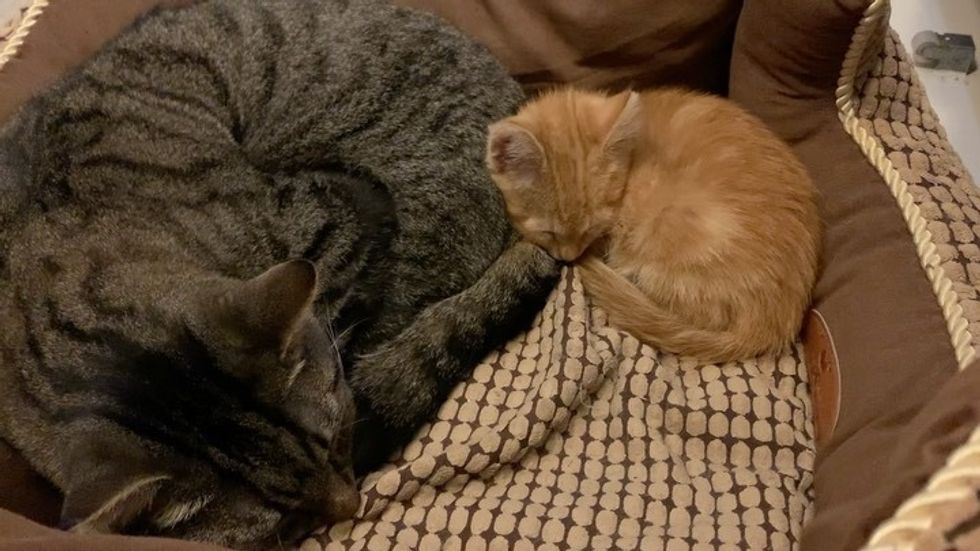