Zipper, the kitten, has always had an extreme amount of energy. Ever since his owner, Ceejae Jackman, brought him home, she has been struggling to keep up with him, and all the mischief he gets himself into.

“He is very rambunctious and energetic,” Garret Jackman, Ceejae’s son, says. “His name suits him well.”

Recently, Zipper discovered that he could tear the wallpaper off the walls in one of the bedrooms. Clever, right? So, naturally, he went crazy, showcasing his new skills!

Eventually, Ceejae decided to cut her losses and remove the wallpaper altogether, but that's when she realized that Zipper had actually uncovered something beautiful.

“As she was removing it she was like, ‘Aww man, it’s brown paint,’” Jackman said. “But as she removed more, she began to see a tree. Once she had the tree partially uncovered she sent me a picture and I was like, ‘Mom, this room has a mural.’” 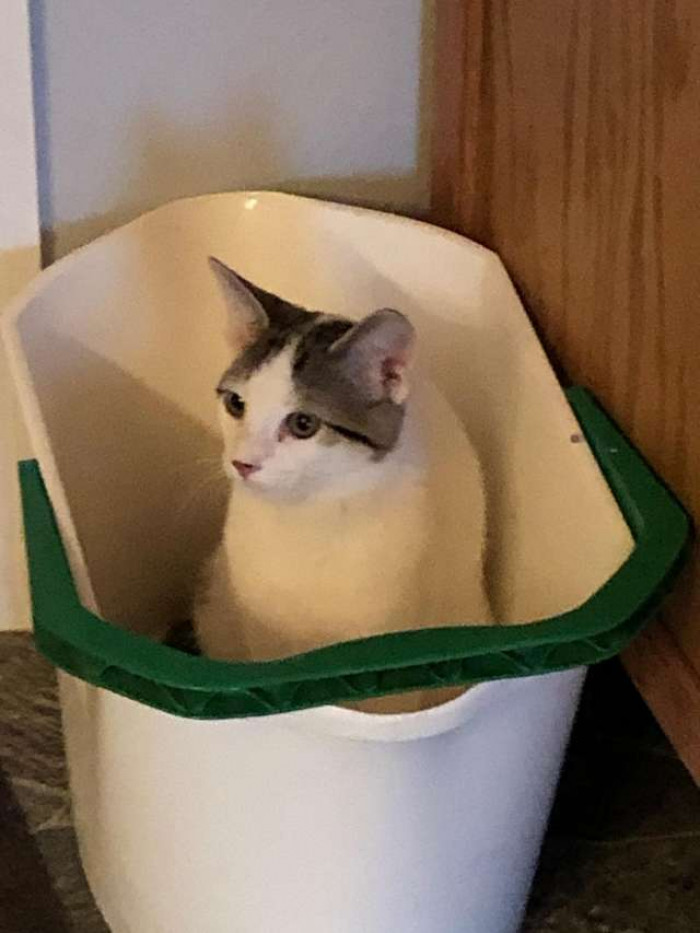 So, they got to work to uncover the entire mural, dying to see exactly what Zipper had discovered. 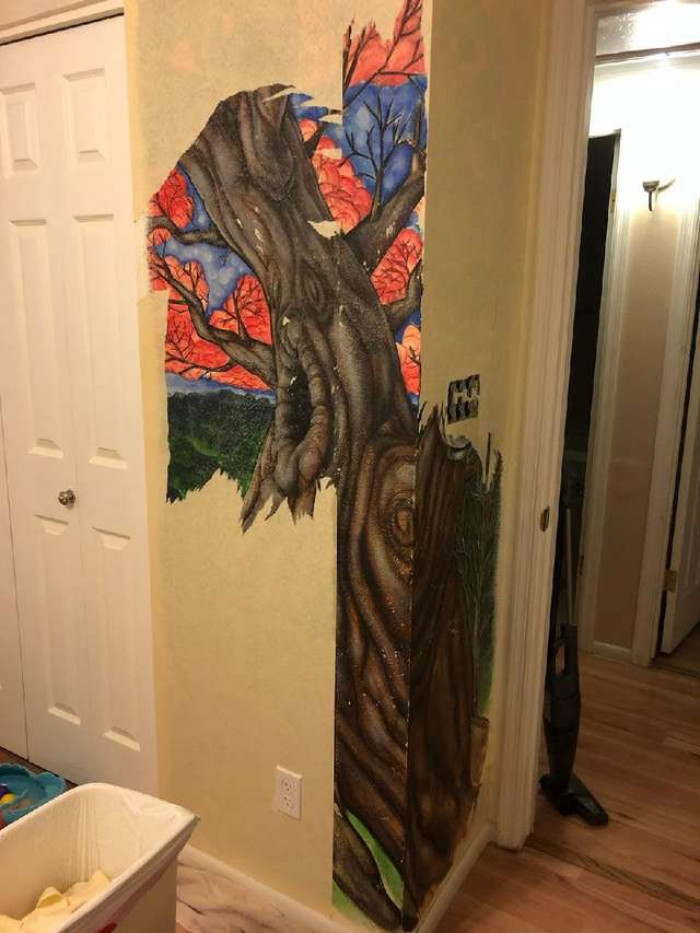 “Zipper was laying in the room and waiting for us to drop sheets of wallpaper so he could attack them and playing with our feet while we tried to work,” Jackman said. “Just being an adorable nuisance.” 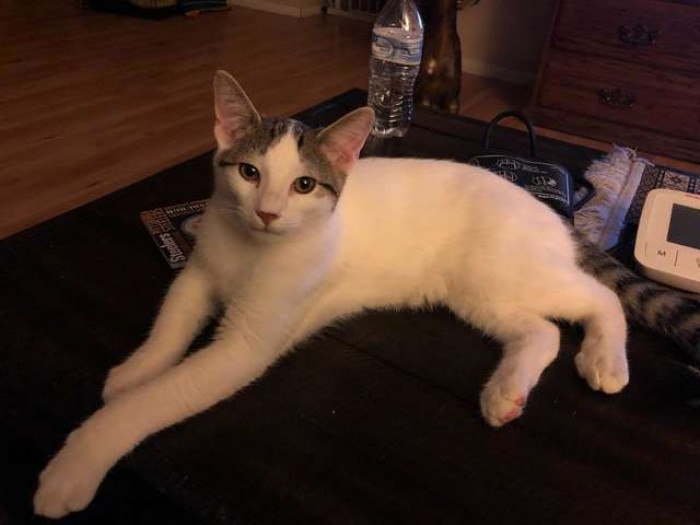 The Jackman's posted on Facebook to see if they could track down the artist responsible so that they could thank them. Eventually, Jody Bayles came forward and claimed responsibility for the stunning mural. 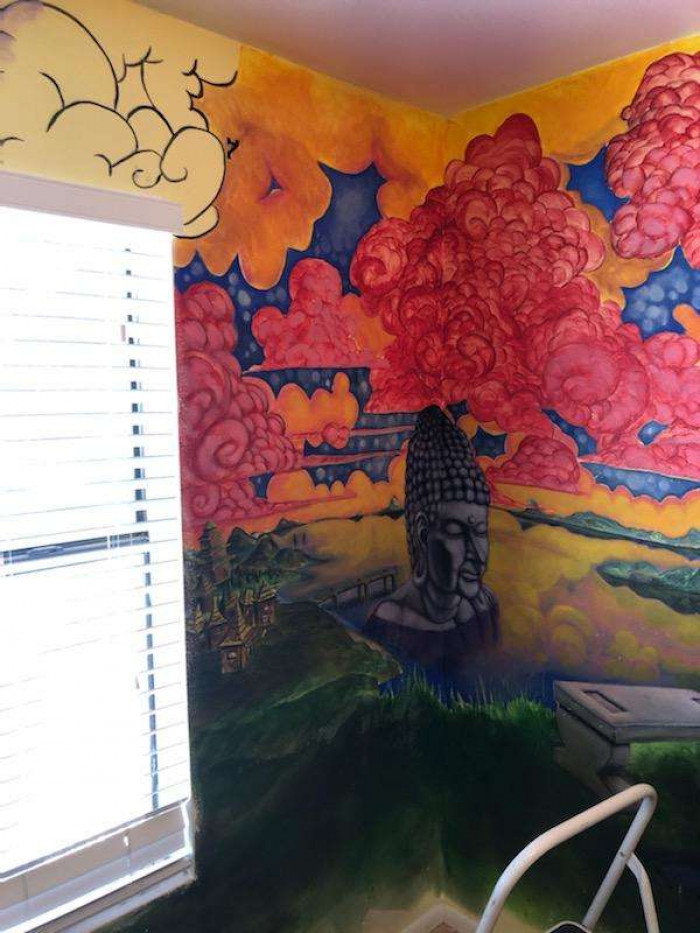 “He said that he painted it for his friend's first child over the course of a year, adding things here and there,” Jackman said. 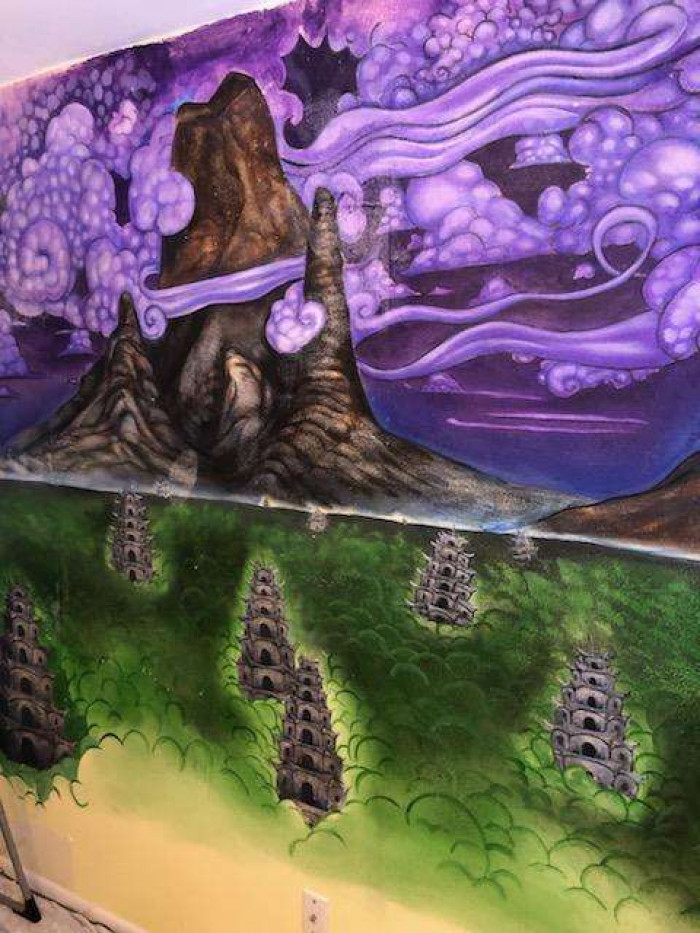 If Zipper hadn't have been so hell-bent on pulling the wallpaper down, the Jackman's may never have known such a beautiful mural existed in their home. Good job, Zipper!