Society seems to be coming to terms with the differences humans might physically have to each other, be that something simple like skin color or how many tattoos and piercings they may have, but what about the animals that many of us claim to love? Could you ever be offended by an animal because of what they look like?

It seems like some people ARE letting this cat's appearance get in the way of her being adopted into a loving home. The reason for this is because some would deem her facial markings as 'offensive'. 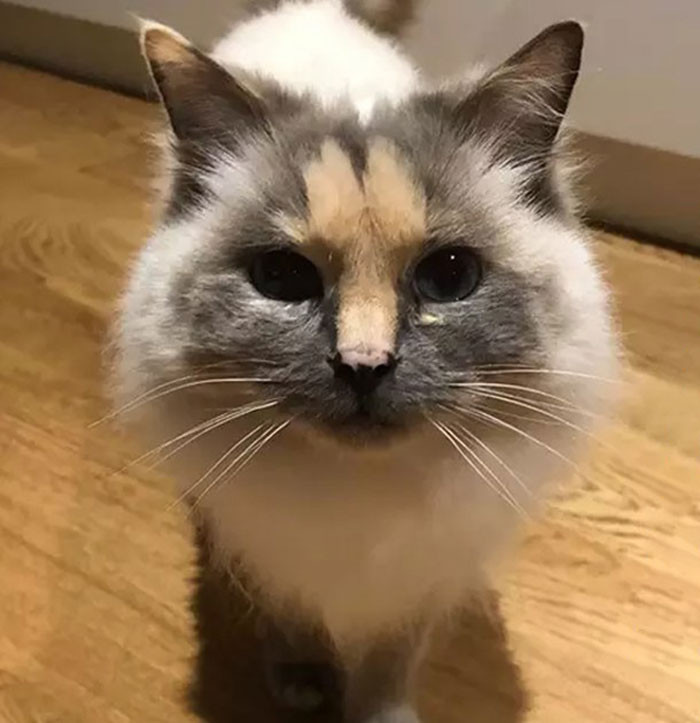 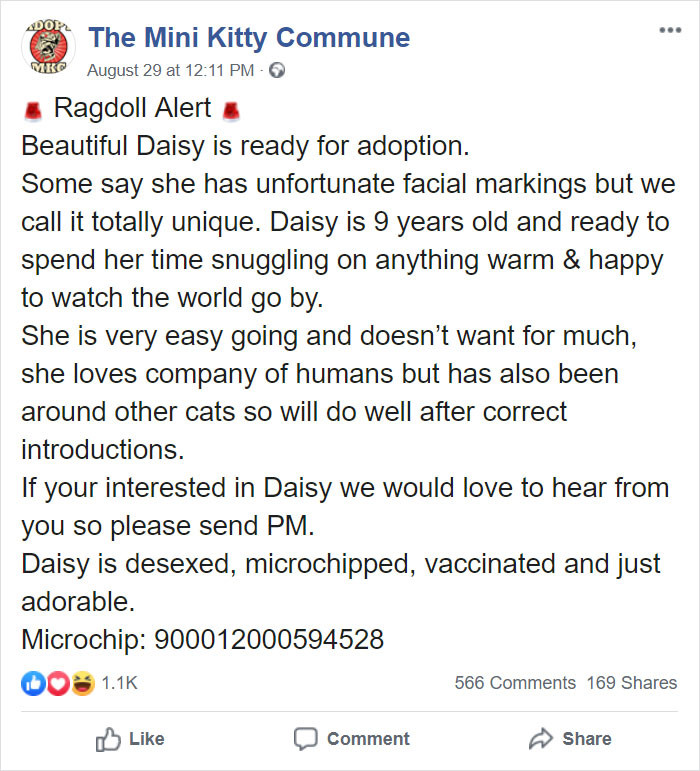 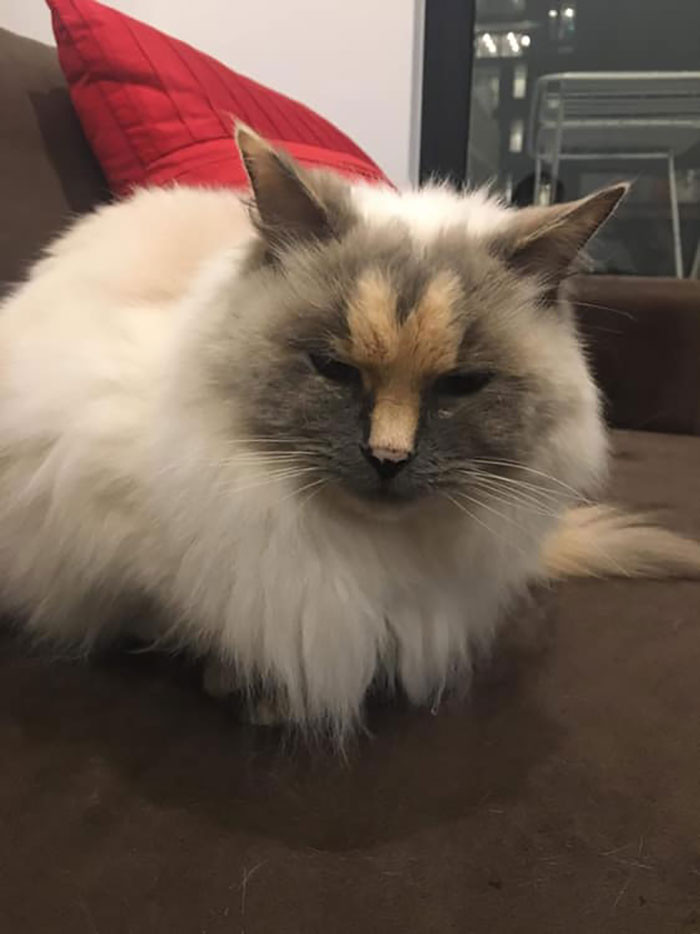 “Daisy and her sister were part of an amazing rescue earlier in August. We get contacted a lot by people who’s parents have passed away and the will/estate didn’t have a provision for their cats. We even set up a bequest program for it as it happens when it’s least expected. ;In this instance, the two cats were very lucky that one of the family was able to go back to the house every day and feed them after Grandmother passed away. ;We rehome as many cats as we can, and we had a really good run of adoptions in August (Finally!! More on that later) and immediately we had the space we contacted the caregivers for Daisy and said they could bring them in. They were here the next day at our vets (we vet everything back through Abbotsbury Vet Clinic) and both were really unhappy. It happens, they get depressed with all the change and they stop eating, so it was touch and go for a while."

That’s when we noticed the facial markings “Hey, guys, you probably want to see this cats face” (insert various jokes) We had them both on fluids and after a week they went into our foster care program. The family were wonderful and made a donation to us to cover the costs that were coming from the vet work and that covered the costs and did well.

Purebred cats move very quickly for the wrong reasons and we had a lot of inquiries for her. But as there was 2 of them so it was harder to find a home early… until the photo’s started going up and getting noticed.

We are happy to say that she is in a trial adoption with her sister right now! A wonderful lady called Amy who has been a follower of the MKC for ages took them both in and is giving them the right amount of time and focus to make them a family again, ” Derek said. 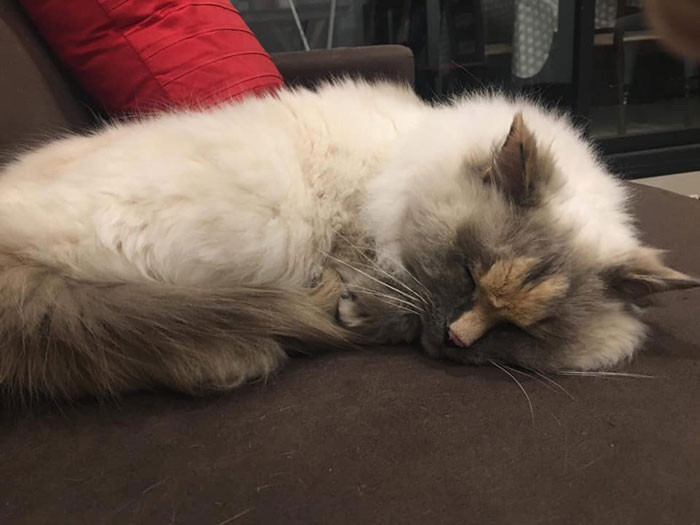 Thankfully because of the virality of the post, she was finally adopted 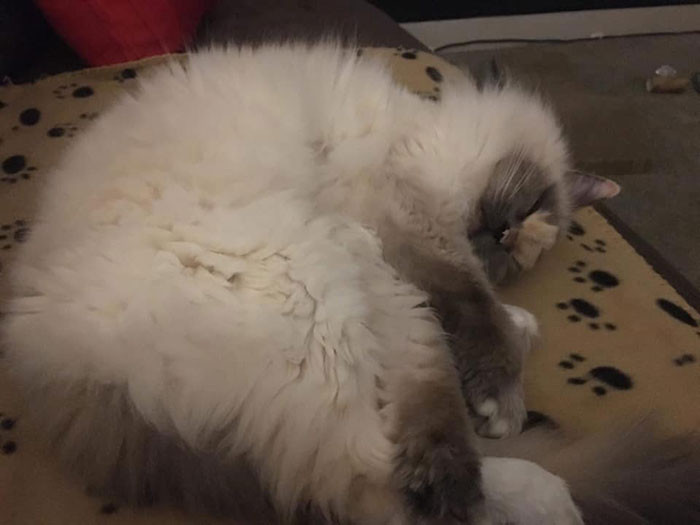 What do you think this kitty's markings look like?