The global stray cat and dog population crisis is a huge deal, it is estimated there are around 100 million feral cats in the world and at least 60 million of them can be found in the U.S. Their ecological impact is massive but in the most part, they're just trying to survive and find forever homes.

Leon used to be one of these stray cats in Brasília, Brazil until he managed to infiltrate the Order of Attorneys of Brazil building where he received a lot of love from employees and it was until people started complaining that they decided to hire Leon as a lawyer.

Leon even has his own ID card 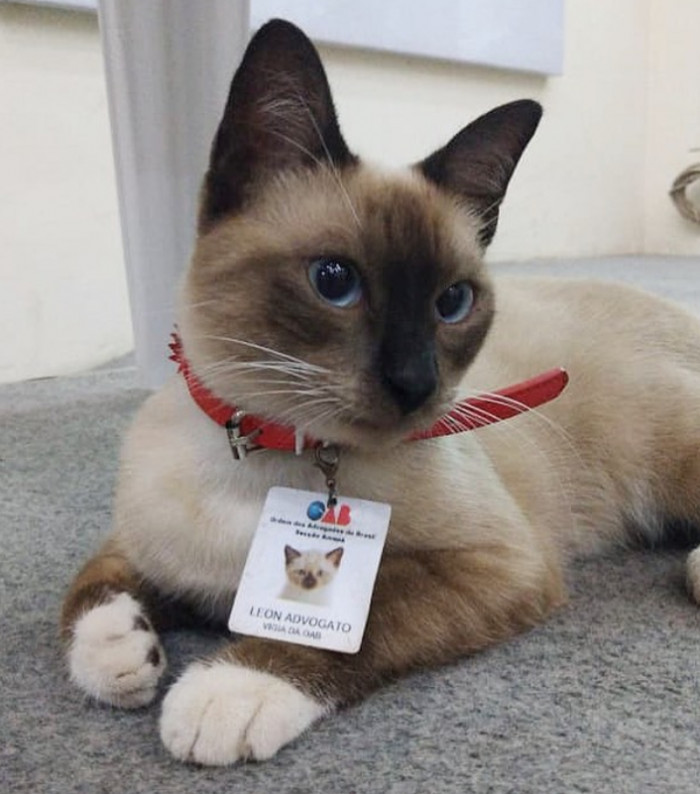 Dr. Jeanette Laredo personally introduced Leon to the world by posting photos of him on Facebook with the caption:

"After a heavy rain, this little guy here seeking shelter from the storm went inside the OAB building (the Brazilian equivalent of American Bar Association) and decided to stay."

"Unfortunately some people started to file some complaints about the fact that at the reception desk there was a stray cat hanging around and trying to make friends with the newcomers."

"In order to avoid some new complaints the board gave the solution: Hire the cat as an employee."

It quickly went viral with more than 11,000 shares and 30,000 likes and that's when they decided to reward Leon for making the company a viral sensation in Brazil by promoting him to a lawyer.

A Bored Panda interview with a spokesperson for Dr. Leon clarified that people's complaints were due to the fact that he was so small as a kitten, and everyone was afraid they'd accidentally step on him. Thankfully, this is no longer a problem since he's all grown up now!

The spokeswoman also added that:

"In February it rains a lot in the state of Amapá (Amazonia), so he arrived at OAB fleeing from the rain and thunder. For a week, he was fed and protected in a box. Until he got hired."

"[They said] that there was no space for him because it is a serious institution. So the President [of the OAB] determined the hiring and gave him an employee badge." 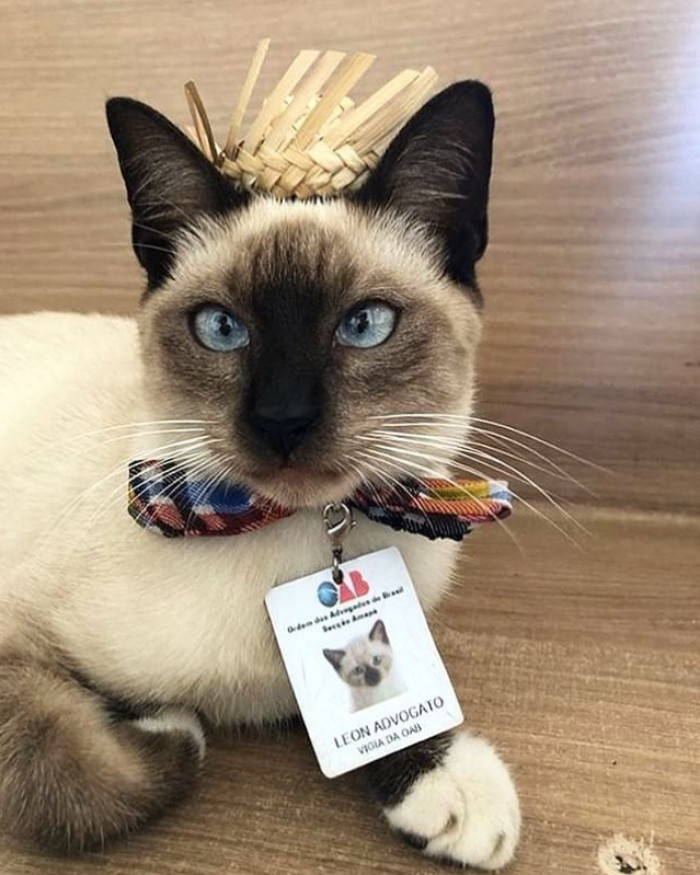 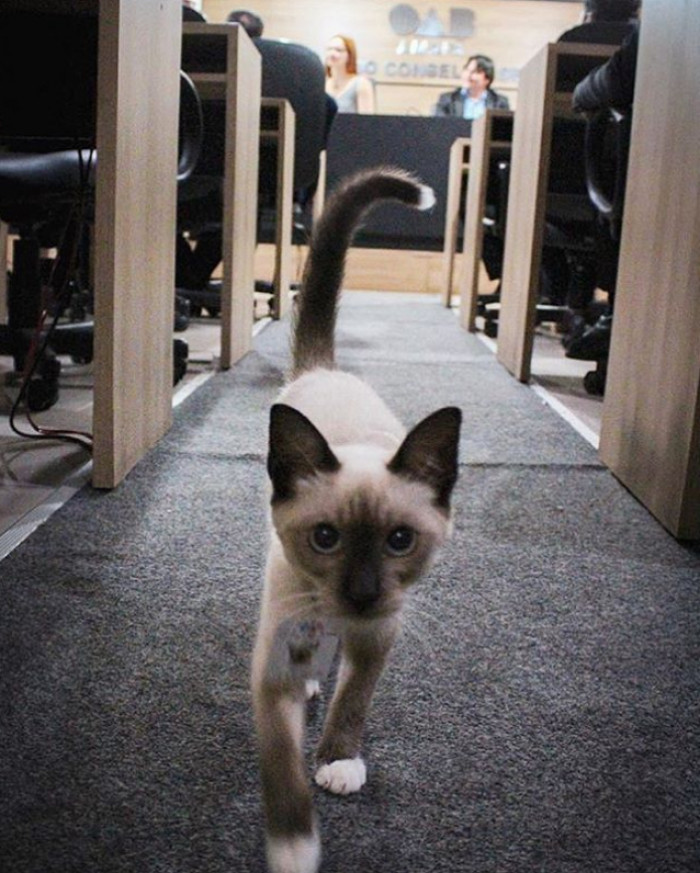 The OAB were quite inspired by Leon, so they launched an animal rights institute called "Instituto Dr Leon"

"Two months ago Leon was neutered and is already fully recovered. But veterinarians say he had a problem with his vocal cords as a result of suffering as a baby. He hardly meows, but we keep taking care of him. This motivated us to create the institute to help abused and abandoned animals." 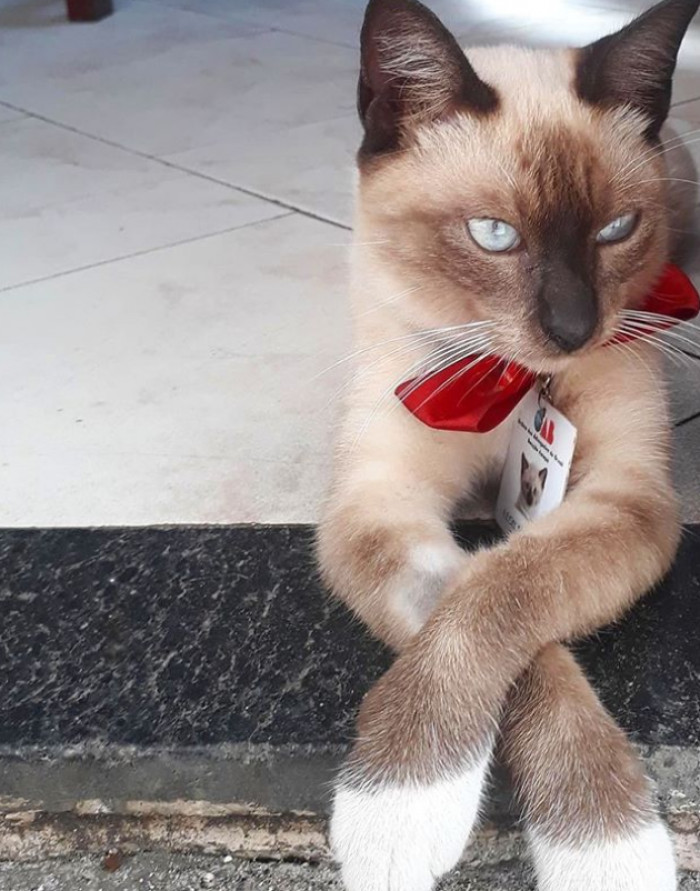 "Unfortunately, we cannot house all [the animals], so we will fund the NGOs in town. We will be an example for Brazil [to follow]." 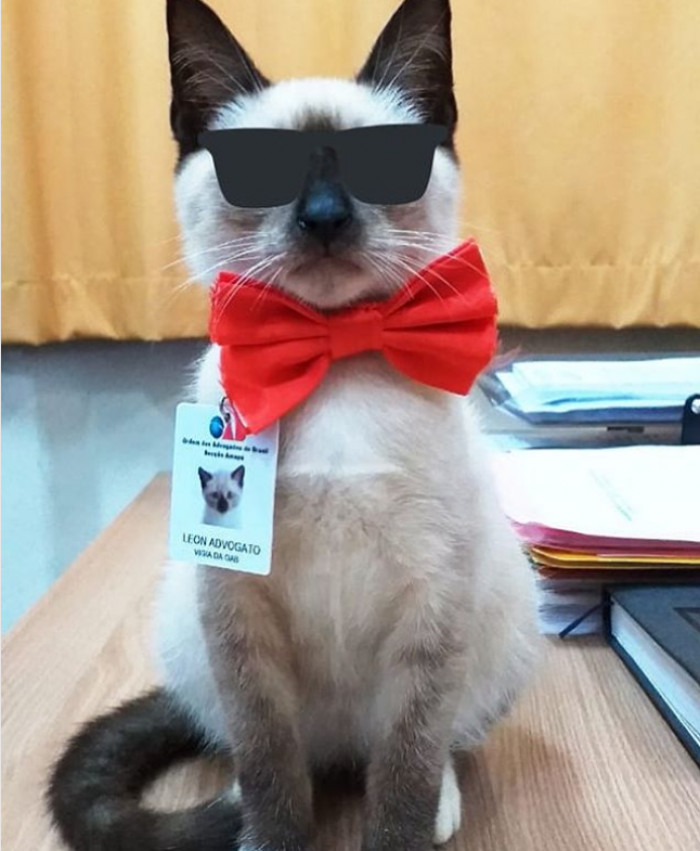