Almost everybody loves animals to some degree, and getting a new pet is always an exciting and possibly nervewracking experience.

You never really know how a new pet is going to react to being introduced to your home environment, especially with new people to meet and possibly other pets. And then there's deciding whether to buy, breed, or adopt.

It's not hard to decide when you meet a cat quite like Brownie, who was once the runt of the litter but was lovingly adopted and is now flourishing in his new home!

Brownie was adopted by Justina Strumilaite as a tiny kitten that was a runt of his little and struggling to get enough to eat and survive. Not only that, but his right paw only has two toes! He really is a special kitty. She took him in as a tiny ball of crazy fur and wasn't really sure what he would turn into...

His caretaker's thought he wasn't going to make it...

But not only did he turn into a big ball of fluffy, but grew an even bigger personality! Justina told Meow Love:

"He is so friendly and knows his name very well, he has a dog personality and follows you once you get home no matter where you go! He loves people! He is my most loyal companion. And he even gives kisses!"

Look at how small Brownie was! 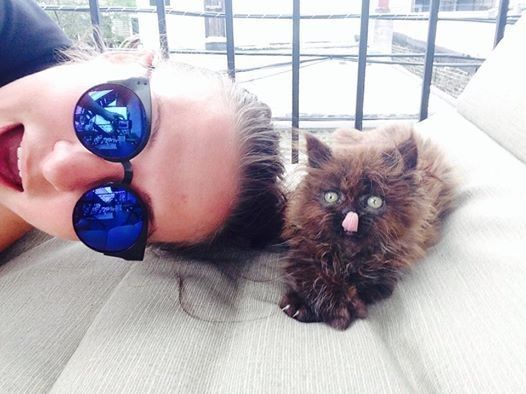 But a year later, some love, care, and a whole lot of food, Brownie is totally unrecognizable!

Is this even the same cat? YES! 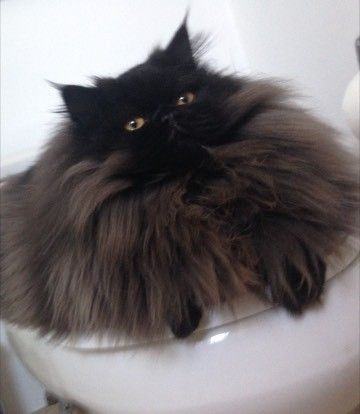 He now has a beautiful long coat of fur, that not only make him adorably fluffy but also 100% fashionable.

And it's obvious that he's completely comfortable in his new home...

Look at that stunning mane!

Not to mention, he's HUGE 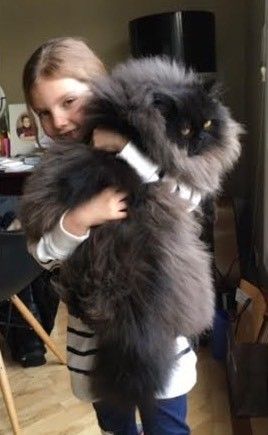 Isn't that fantastic? If you're thinking of adopting a fluffy family member, make sure you check out your local shelter and give the animals a chance, you never know, they might just steal your heart!

Finding an adopted animal might come as a surprise though. Just as it did for this family when they learned that their cat had a surprise second family and arrived home with a lucrative hand-written note.