A home implies so many beautiful things. Family spending time together, eating, playing, laughing… Lets now turn our heads away from this Hollywood version of family and go to real life.

The family also implies a lot of work and choirs. One of the most hated ones is definitely laundry. The bigger and more active the family is- the more laundry they pile up.

And they need more storage baskets. And when those bulky plastic ones start to take too much space, wee start turning to pop-up mesh laundry baskets. But now, one cat owner says that they can be dangerous for pets… 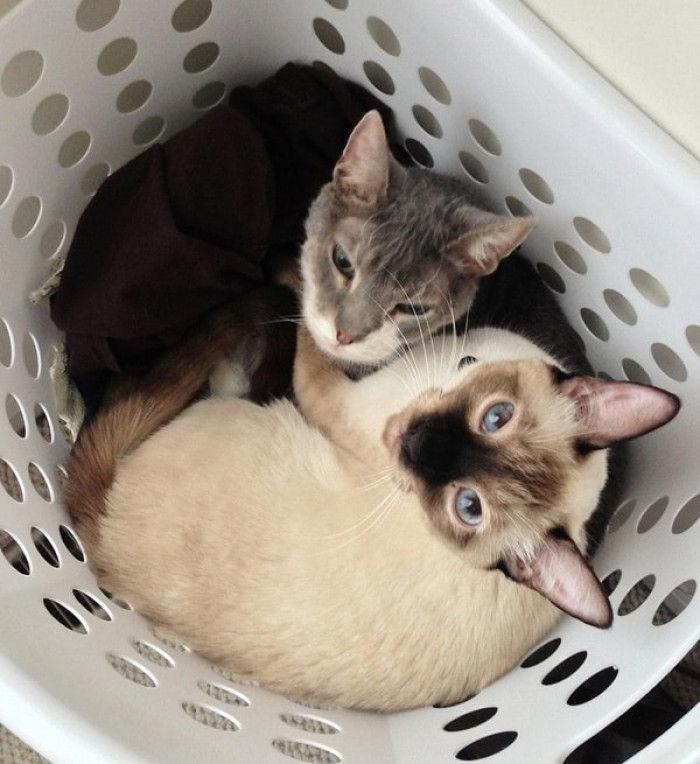 Mesh laundry baskets can be found in almost every home. They are convenient and not expensive. The cats love them too, but not for the same reasons. They love to snuggle in warm clothes, and they love box-like spaces, and this is close enough.

One cat owner shared her cat’s horror story which fortunately had a happy ending – but only because she was at home when the incident happened.

Cats are instinctively curious little animals, especially when they are kittens. Anne and her husband are currently taking care of four energetic kittens. One time, while they were all home, Anne heard a noise coming from the laundry room.

Usually, she wouldn’t give it too much attention, but something was bugging her, and she went to check it out. Anne is aware that kittens are always doing something naughty, so she thought its best to see what was happening.

Indi with his siblings 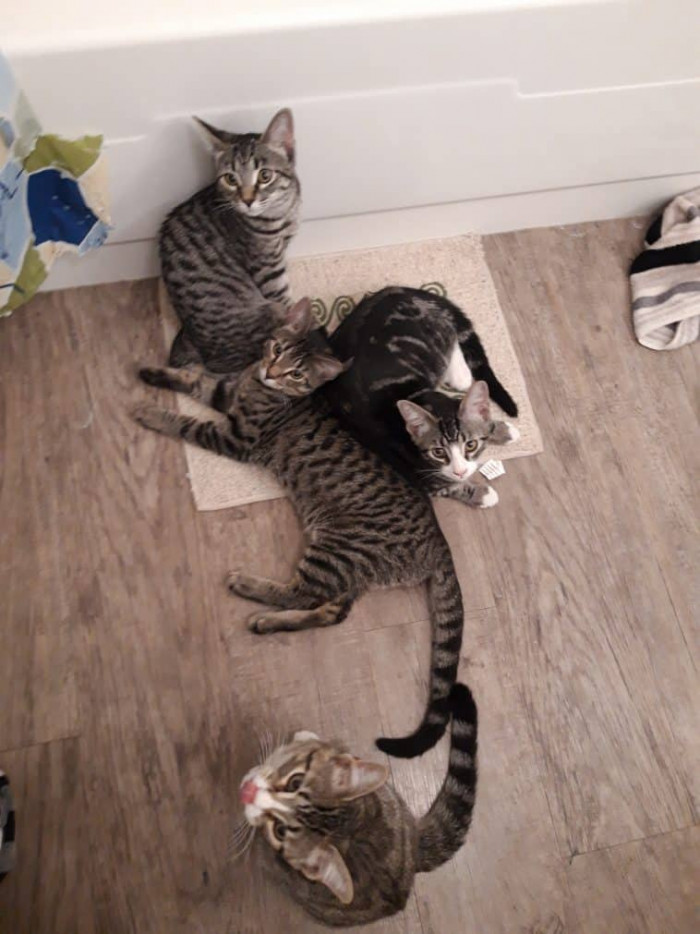 It was fortunate that she trusted her instincts, because there was a drama going on in the laundry room.

One of the male kittens called Indi had somehow managed to get a handle from the pop-up laundry basket wrenched all around his neck. Reacting swiftly, Anne shouted to her husband who was in the other room in “blind sheer panic.”

Her husband ran to help the poor kitty whose neck was so tightly squeezed Anne couldn’t even push one finger between the wires.

Indi was unable to breathe and literally fighting for his life. Her husband tried to tear the wire with his bare hands while Anne ran to the kitchen to get the scissors.

Anne says that, “It was touch and go but my husband finally cut Indi free.”

Poor Indi was promptly taken into the veterinarian’s office. He had difficulties breathing and his throat was injured. Anne and her husband were relieved when they heard that the kitty will completely recuperate after the terrifying ordeal.

Many pet owners often do not recognize the concealed dangers lying in plain sight in our homes. Indi was fortunate that his owners were home.

This may be a warning for both pet owners and parent of small children. They are also very curious, and love to do mischiefs. 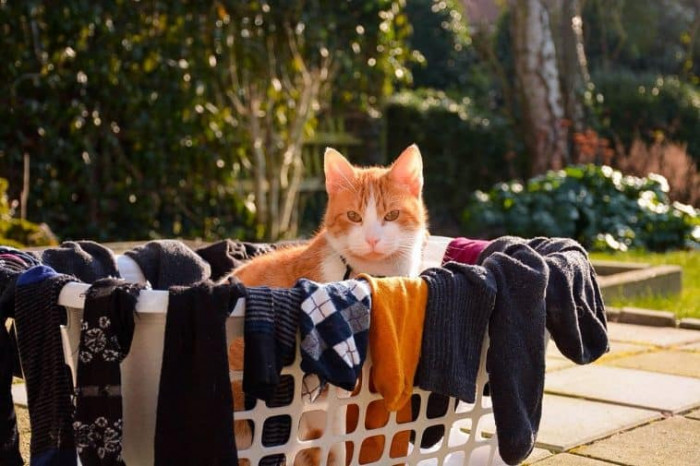 Safety is always important, and you can’t ever be too careful. If you have such baskets, pay more attention.