November 5th, 2019 was an iconic day where the New York Giants played against the Dallas Cowboys, but this football game wasn't what made it so memorable; the real MVP that day was a black cat who had somehow found its way into the MetLife stadium.

Of course, a cat randomly walking into a football game isn't a regular occurrence by any means. Was it hilarious, though? Absolutely. The sudden appearance of this feline friend left both the crowd and the commentators in hysterics, and the camera made sure to capture some of the best action shots I've seen in my life.

I'm gonna be honest, I'm not big on sports, but that stance looks very impressive. 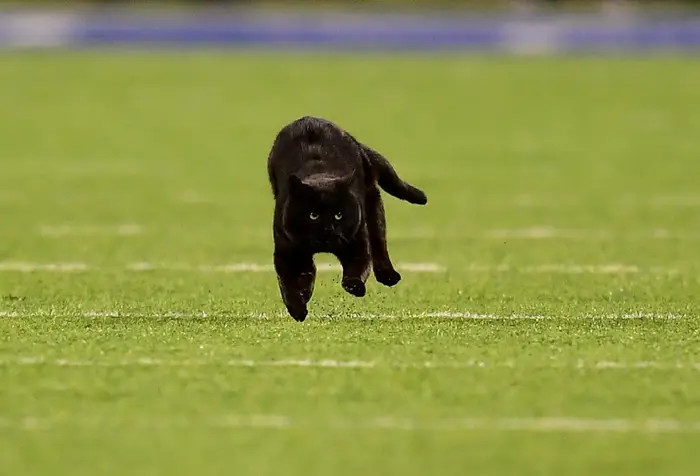 I'm telling you, this could be a meme template for sure. 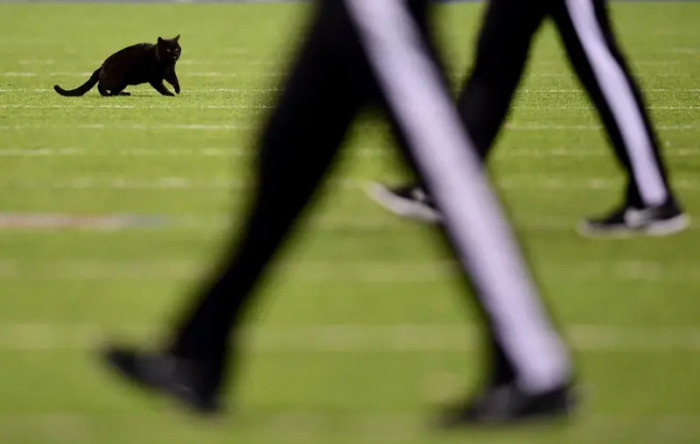 I mean.. it could be bad luck? But I'd be willing to take that risk.

Halloween isn't over yet 😹 pic.twitter.com/XhLDP3NgJO

me before the cowboys/giants game: i don’t like football

me watching a black cat storm the field of a cowboys/giants game: i may like football

I would've cried with joy if I was there, not gonna lie.

*Cat runs on to the field*

Every single person tuned into the the giants game: pic.twitter.com/SJ11foKF6E

Some weren't as fond of the mysterious cat wanderer.

Who Just Saw the Black Cat on the Football Field During the Dallas Cowboy/NY Giants Game ?!? Gigi Did ! LOL !! 😂🐶#DallasCowboys #rescuesrock #lovemygigigirl pic.twitter.com/SR6d1CIATC

Wishing the best for our kitty friend :)

The black cat ran off the field and disappeared under a seating section. Once we locate and safely capture the cat, we will take it to a veterinarian for examination. #BlackCat | #DALvsNYG

Does your kitty like interrupting you when you're doing something important?