Despite Being Dumped In An Alleyway, Moomin The Cat Learns How To Walk Again

Dumped in an alleyway, when Moomin the cat was initially found, she had lost the ability to use her back legs. To this day, no one knows who abandoned her and left her alone and helpless but she was lucky enough to be randomly spotted by a couple in an alleyway next to their home.

Upon further investigation, the couple noticed a pushchair and a small black and white cat attempting to crawl away, truly a terrible sight to behold.

After being quickly fed, 11-month-old Moomin was rushed to Battersea’s London center, where they took her to the onsite clinic for pain medication and emergency x-rays.

Soon after that, the team revealed that the cat was suffering from a disease called Metaphyseal Osteopathy, it's known for affecting an animal's mobility and bones.

In Moomin's case, her right back leg got fractured because of the disease and reduced the bone density of her rear left leg, which required a quite complex surgery. 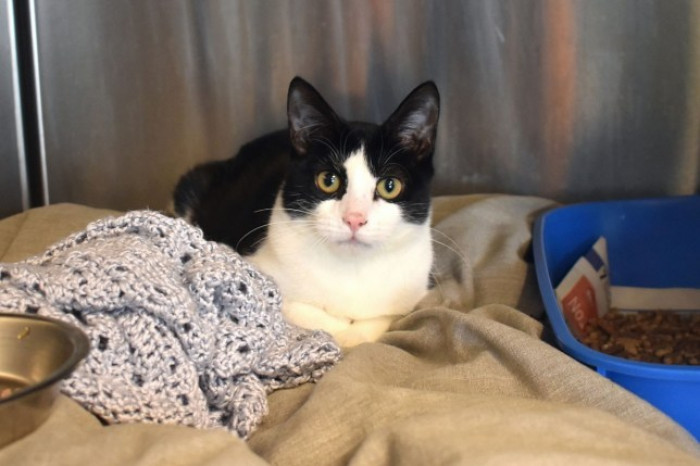 Thankfully, the surgery was able to take place, which ended up saving Moomin's life. The cat's faith would've been quite different had she not been found, her inability to walk made it impossible for her to get food, which would've resulted in starvation.

Soon after recovering from the surgery, Moomin had to go through an intensive course of physiotherapy and exercises to help her get used to moving around once again.

Her treatment consisted of massages from volunteers and gentle exercises where they would rotate her leg for her in order to get her used to the movement. 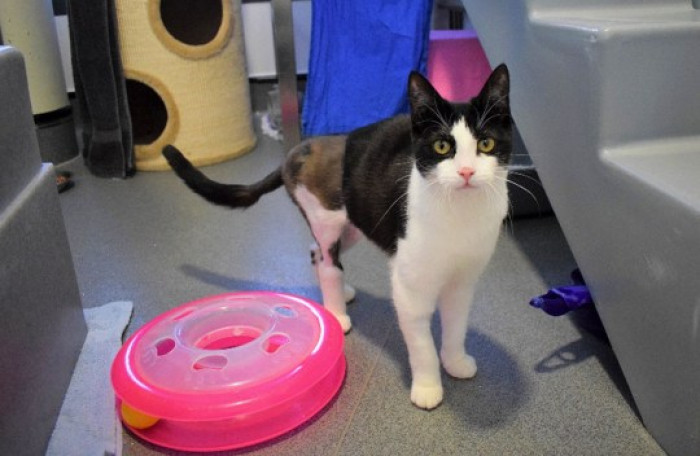 A foster carer helped Moomin recover and taught her how to use her legs in an environment she's comfortable in.

Moomin returned to Battersea with her walking abilities restored and now she's ready for a forever home.

‘Moomin has really come a long way since she first arrived at Battersea. It was heartbreaking to see such a young cat struggling to walk and clearly in pain. ‘We’re incredibly grateful to the members of the public who did the right thing by rescuing her from an uncertain fate and bringing her to us. 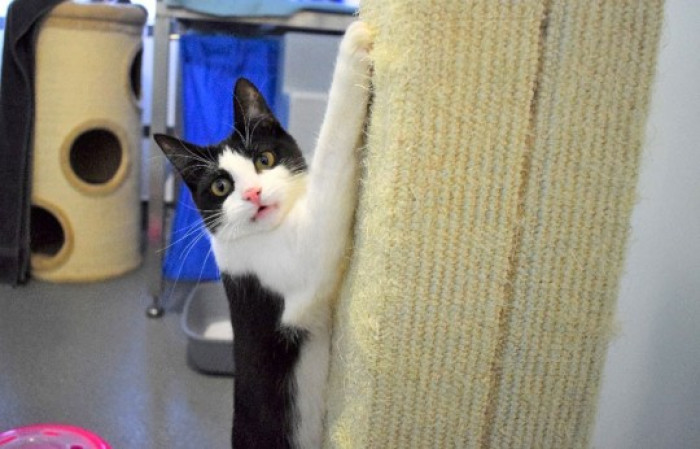