An IT company in Japan has officially introduced an "office cat" policy to help reduce the stress levels of its employees.

The company allows a total of nine felines to roam freely around the office and interact with the staff during work hours.

Head of the firm, Hidenobu Fukuda, decided to bring in the policy back in 2000 after it was requested by one of his employees. Ever since then, employees have been allowed to bring in their cats to the workplace.

Staff member, Eri Ito, says having the animals around the office is very soothing.

Fukuda also encourages rescues from some of Japan's most over-populated shelters.

What could possibly go wrong with an office full of cats? Well, apparently there are a few small obstacles.

“Sometimes a cat will walk on a phone and cut off the call, or they shut down the computers by walking onto the off switch,” Fukuda says.

Even so, having the cats in the workplace has proved to be a huge success for Fukuda and his employees. 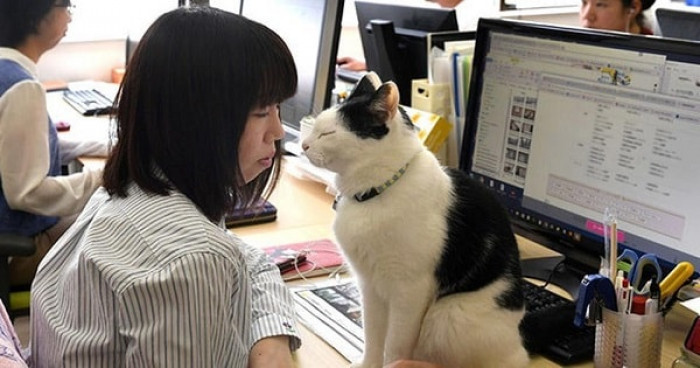 Many other companies have followed the initiative and introduced similar policies. Not to mention the cat cafes which seem to be popping up everywhere. 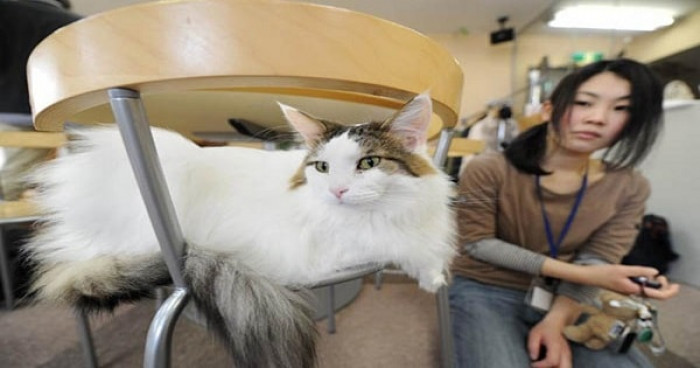 So there you have it. That just proves that everything is better with cats!